Home›Destinations›North America›USA›Indiana›Indianapolis›Things to See›Newfields: A Place for Nature and the Arts

Newfields: A Place for Nature and the Arts

Is this the future of the art world? The curators of the former Indianapolis Art Museum are betting big it is. In 2017, the world-class museum radically rebranded itself, changing its name, adding an admission’s charge, and attempting to get those who aren’t jazzed by art to ante up for its nature assets.  Visit “Newfields” today, and you’ll have the choice of wandering through the original museum, or learning about local history at the former, 22-room mansion of the Eli Lilly family (once known as Oldfields). If that’s too serious, there’s the mansions 52-acre botanic garden to explore, its handsome greenhouse, and an adjoining (and feeless) 100-acre park with a 35-acre lake. Heck, there’s even a beer garden here! The museum also operates Mill House and Gardens in nearby Columbus, IN, which is a Mid-Century Modern masterwork by architect Eero Saarinen, designer Alexander Girard, and landscape architect Dan Kiley. 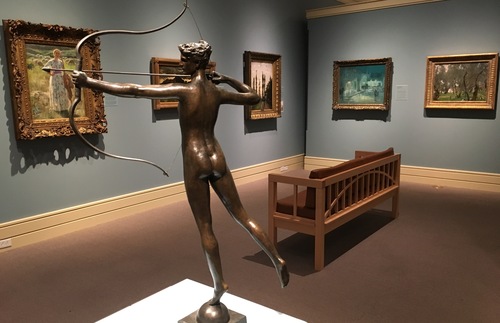 We may be old fashioned, but we think the best reason to come here remains the art, as the collection is world class.  It includes paintings by Turner, El Greco, Rubens, Rembrandt, Cranach, Constable, American Impressionists, and the largest number of works by the  European neo-Impressionists outside of Europe. Other strengths include African art, Japanese Edo-period paintings, American furniture, textiles, costumes, and a superb collection of Turner works on paper. The contemporary collection has grown in recent years, with native son Robert Indiana's famed LOVE at its heart (pictured below, a number of weddings take place in front of the sculpture each year). 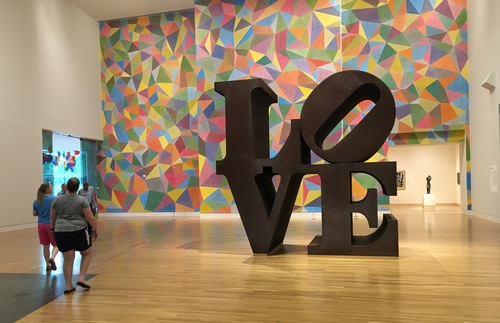 View our full list of Attractions in Indianapolis
advertisement