Things to Do in Monhegan Island 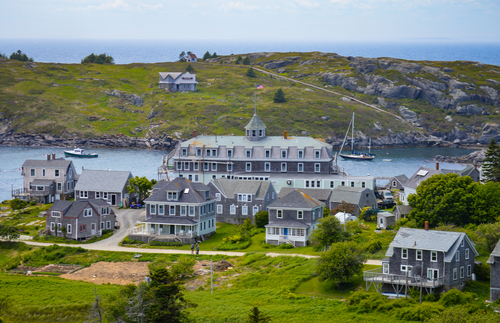 Monhegan Island is Maine's premier island destination. Visited by Europeans as early as 1497, the wild, remote island was settled by fishermen attracted to the sea's bounty in offshore waters.

In the 1870s, artists discovered the island and stayed for a spell, including Rockwell Kent (the artist most closely associated with the island), George Bellows, Edward Hopper, and Robert Henri.

It's not hard to figure out why artists have been attracted to this place, with its almost-mystical sense of tranquillity. It's also a superb destination for hikers, since most of the island is undeveloped and laced with footpaths.

Just be aware that this is not Martha's Vineyard. There's one ATM on Monhegan, and few pay phones -- heck, even electricity is scarce.

That's what most visitors seem to like about it, and an overnight at one of the island's very simple inns is strongly recommended if you've got time; the island's true character doesn't emerge until the last day boat sails back to the mainland. If you just can't stomach the complete quiet and the lack of phones, TVs, and late-night takeout, day trips are also easy to arrange.