This must-see, world-class facility boasts a collection of artifacts that is beyond abundant. The exhibits also include stellar videos and advanced digital techniques, but still manage to emphasize the personal side of war, highlighted by audio and video of civilians and soldiers recounting their first-hand experiences. Descriptions don’t do justice to the incredibly moving, interactive experiences. 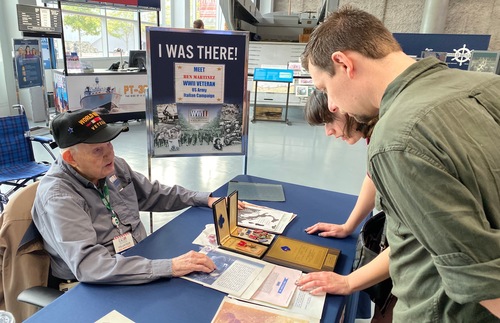 A veteran speaks with museum visitors.

Founded by the late historian and best-selling author Stephen Ambrose with support from Tom Hanks (Ambrose wrote Band of Brothers and consulted on war film Saving Private Ryan, both of which starred Hanks), the museum now spans 6 acres and multiple buildings. Visitors are given the dog tag of a soldier whose story unfolds when the tag is scanned at stations along the rout. In the Road to Berlin and Road to Tokyo exhibits, atmospheric, floor-to-ceiling decor re-creates battle key locations—right down to the temperature and scent. In the U.S. Freedom Pavilion, seven original warplanes hang from a 10-story ceiling. From the ground up, it’s an imposing sight; from eye level, it’s an almost intimate perspective. Other exhibits of note are the “What Would You Do?” kiosks, which pose thoughtful moral and technical questions; a short, shocking film about the atomic bomb (not for kids)—appropriately silent except for a few excerpts of classical music; a copy of Eisenhower’s backup speech apologizing to the nation in the event that D-Day failed; and the amazing story of the B-17 known as “My Gal Sal”—its desolate downing, the daring rescue, and its comeback decades later. 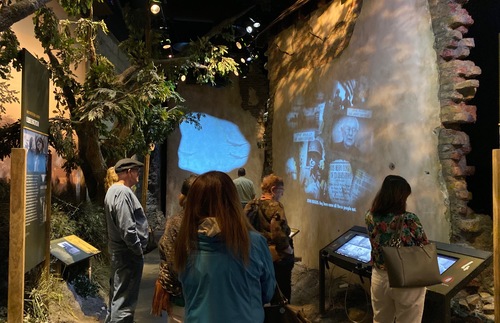 BB Stage Door Canteen lightens the mood with live, 1940s-era USO-style shows. It’s good, clean swinging fun for a dinner or brunch show ($39–$65 with modest discounts for kids under 12; $30 show only). (The American Sector, the museum’s restaurant, is pretty good). Showing in the Solomon Victory Theater, Beyond All Boundaries is a short film with “4D” multisensory effects—shaking seats, flashing lights, falling snow—which may be moderately successful at interesting kids in war history ($6). Time is better spent on “Final Mission: USS Tang,” which enlists visitors into “silent service” inside a realistic mock submarine as it undergoes its harrowing, heartbreaking final sea battle ($6—this one’s worth it). Perhaps most affecting are the intimate stories told through the artifacts and personal items of former soldiers and their loved ones. Take every opportunity to hear these first-person audio stories at the listening stations. 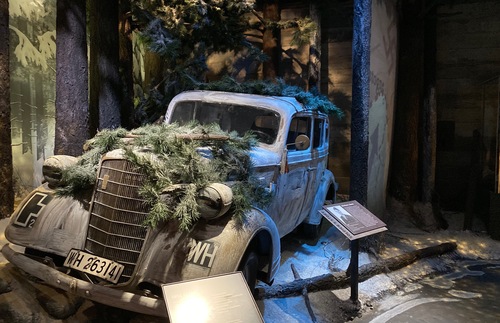 War veterans and civilians who were involved in the war effort often volunteer at the museum. Say thanks, and talk with them. We met Jim Weller, who told us how he lied about his age to enlist; he showed us his photo at the Battle of the Bulge, and said of the woman and baby next to us: “that’s why I won the war—for the babies.” That’s about the best possible museum experience one can have. You could spend days here, but allow at least 3 hours.

View our full list of Attractions in New Orleans
advertisement