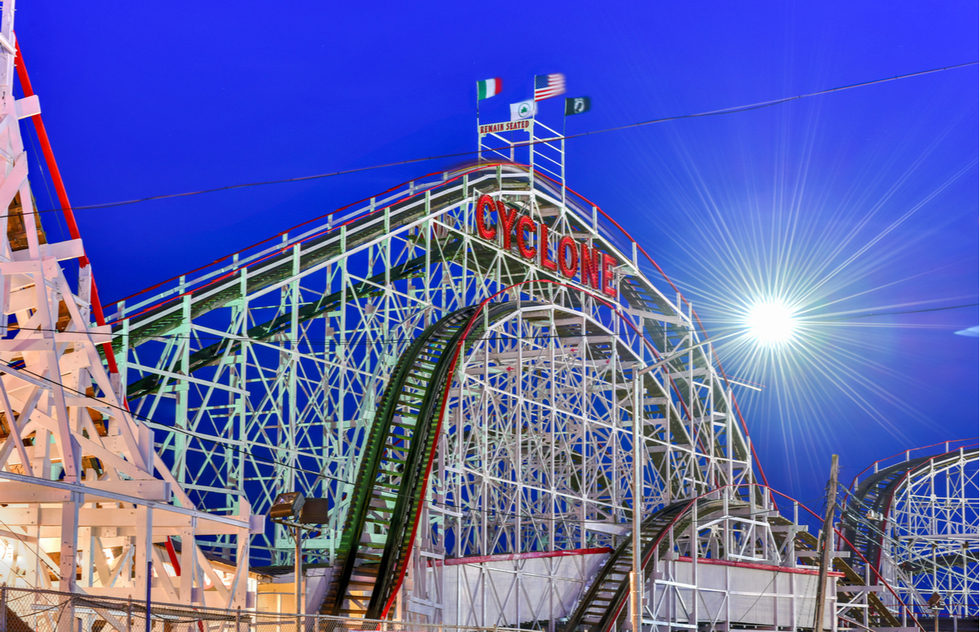 Honky-tonk paradise, Coney Island has been rescued from extinction a few times (first from developers and most recently from severe Hurricane Sandy damage). Parts of it have been upgraded, but it’s still possible to ride some of the classic attractions from times past, including the Cyclone (a huge wooden roller coaster, one of the scariest you’ll ever ride because you’ll do so with the knowledge that nearly a dozen people have been killed on it over the years), and the Wonder Wheel (a Ferris wheel with gliding compartments).

If you visit in summer, don’t skip the Coney Island Circus Sideshow (formerly known as the Freak Show), which features a "human pincushion", a snake charmer, a man who hammers nails up his nose, and other odd performers. It’s one of the last shows of its kind in the U.S., and though it sounds unsavory, it’s G-rated. You also have the beach itself here, a motley swatch of sand where gaggles of Brooklynites gather daily in summer to pitch their umbrellas, practice kung fu, listen to boom boxes, picnic, and swim. It’s a very social scene, with many different ethnic groups represented, and fascinating in its own way.