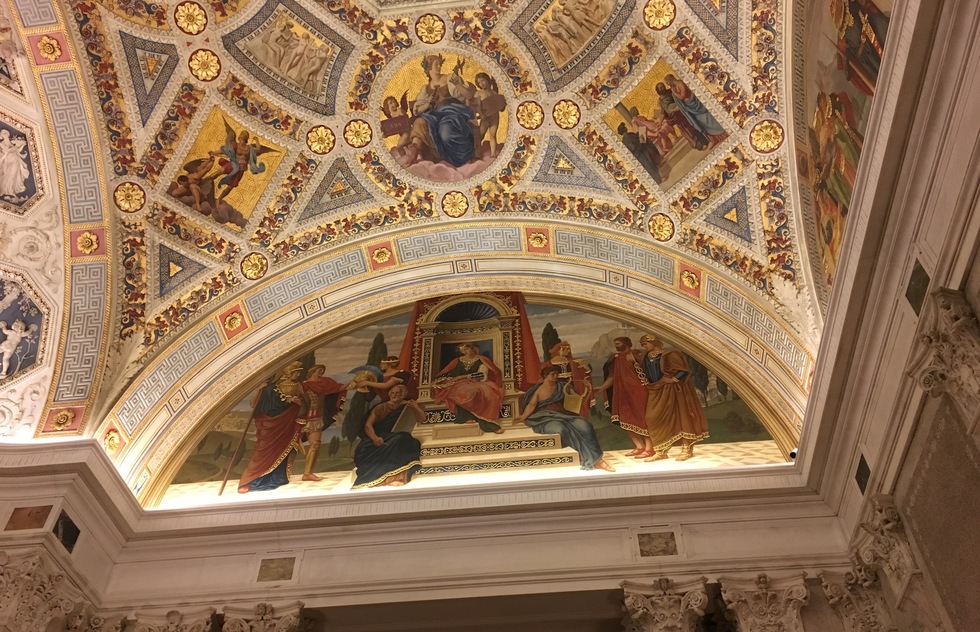 Famed Canadian scientist George Mercer Dawson once wrote that a great library contained “the diary of the human race.” With that definition, very few libraries come as close to greatness as the Morgan, which contains examples of the written word from the beginning of recorded time—from pictorial Mesopotamian cylinder seals (4th millennium B.C., a precursor to writing); to papyrus rolls from ancient Egypt, Greece, and Rome; to brilliantly colorful medieval illuminated manuscripts. 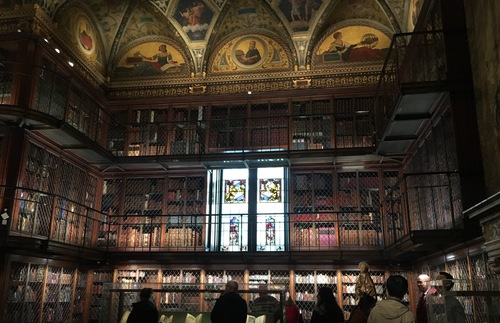 Its crowning jewels are three editions of the Gutenberg Bible, the first book to be created using movable type. (This is the only collection in the world to boast three editions; scholars come from around the globe to study them, as each is unique.) Also in the collection today are manuscripts by Mark Twain, Jane Austen, Charles Dickens, the Brontë sisters, Galileo, Bob Dylan, Alexander Calder, and James Joyce. One of the 25 known surviving copies of the Declaration of Independence is another highlight, along with a First Folio of Shakespeare. (The fragility of these treasures means that they cannot be constantly on display, but you’ll usually see one of the Gutenbergs when you visit, along with other exquisite books.)

When you visit, be sure to set aside at least an hour and a half to take in the ever-rotating special exhibitions, along with the exquisite architecture. In 2023, a look at the roles of women in ancient Mesopotamian art, and an exhibit of the original pre-publication manuscript of Antoine de Saint-Exupéry’s The Little Prince.

The Morgan in the library’s name was 19th-century billionaire J. Pierpont Morgan (1837−1913). He collected more than just books, but many of his greatest artistic acquisitions were donated to the Wadsworth Atheneum (in Hartford, Connecticut) and the Metropolitan Museum after his death. The original library, a marble villa in High Renaissance style, was designed by Charles Follen McKim (of the famous firm of McKim, Mead & White, pictured). In late 2018, a free-with-entry virtual reality tour was added for this section, which allows visitors an up-close look at ceiling murals, doors hidden in bookcases, and other previously inaccessible features of the design. It’s fun, but not quite as insightful as it could have been (only do the tour if you’ve devoted more than an hour and a half to the library; ask at the audiovisual guide desk to borrow a VR device). The contemporary sections of the library were created by lauded architect Renzo Piano, completed in 2006, and added massive steel and glass pavilions, doubling the size of the facilities. They’re showing signs of wear and tear unfortunately; the famous architect didn’t create an easy way to clean the glass, and so its outside skin is often covered with grit, and even trash, these days. Along with a gift store, a cafe and restaurant are on site.