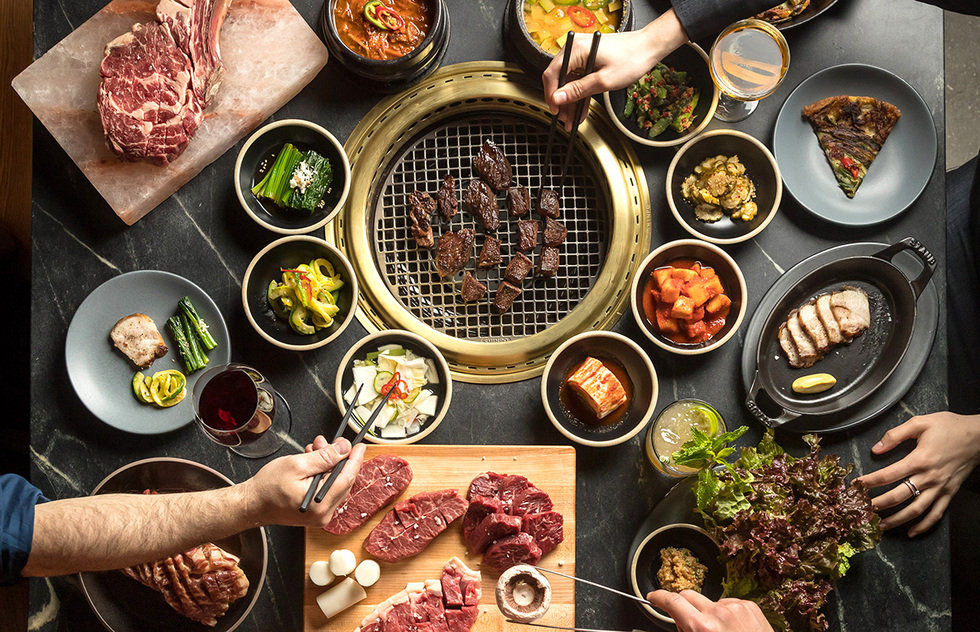 Courtesy of Cote / Gary He
Our Rating

Back in the 1970s, an Asian night on the town likely would have consisted of a trip to Benihana, where a chef would have chop, chop, chopped and sizzle, sizzle, sizzled your meal in front of you in an elaborate show. Some decades later, as Korean barbecue places opened up in New York City, diners were handed the cooking responsibilities, which were done on a grill in the middle of the table. And now we have Cote, somewhere in the middle of those styles, with that same grill in the center of the table, but also with a battalion of waiter/chefs cooking, and hovering, so that every morsel of meat is turned over at just the right instant. It's less dramatic, but infinitely more coddling. And it would be too twee a display if the food weren't so splendid. Cote is serving up beef that wouldn't be out of place at the city's top steakhouses, places like Peter Lugar's. So even though its prices are high by Korean barbecue standards, they're low when the quality of the ingredients (and the sleek decor) are taken into account. Accompanying the meat is a panoply of smaller plates with chunky sauces, lettuce leaves, pickles, scallion salad, and more, which offset the meaty mains. If you order the "Butcher's Block" meal (recommended for its array of fine cuts), you'll get a delicious helping of soft serve ice cream, drizzled with high quality caramel, at the end. In the basement is a chic bar.