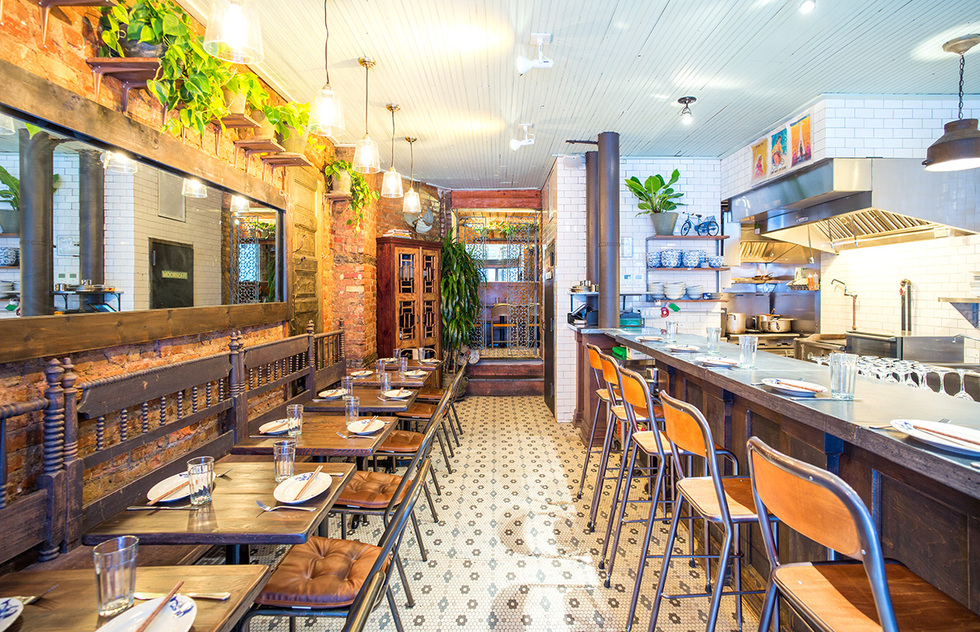 North versus south: it's not just a political divide. In India, in Italy, in the United States, in Vietnam, the foods on these points on the compass tend to be wildly different from one another. And most Americans, because of patterns of immigration, have only ever tasted southern Vietnamese food. Prepare to be bowled over by bowls of northern pho (noodle soup). As you'll discover at Hanoi House in the north no impromptu basil salad is added to the top, or squirts of lime, nor does the broth bear any trace of sugar. The pho here is an umami flavor bomb, a deeply meaty clear broth, created from bones simmered for 24 hours.  Also on the menu are the best summer rolls I’ve ever tried, an array of Vietnamese street food, and a shaved ice sundae that shouldn’t be resisted. One warning: Hanoi House only takes reservations for groups of 6 to 10, and this sensual, dimly lit place, with its weathered shutters and hanging plants (you’ll feel like you’re across the Pacific), is not large. So come early, put down your name, and grab a drink at PDT nearby while you wait.