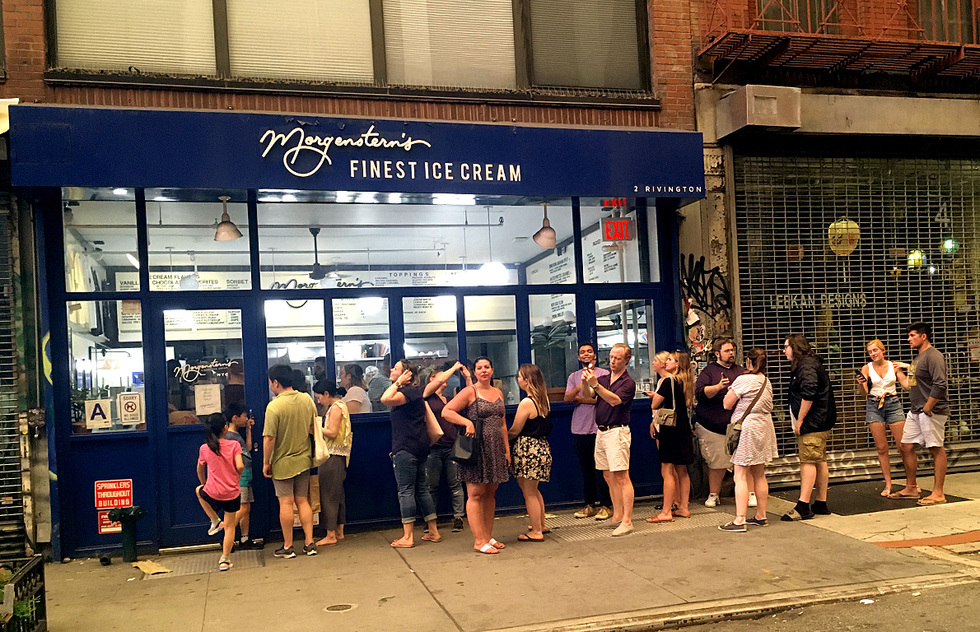 Nicholas Morgenstern, the surprisingly slim gentleman behind this new-in-2014 ice cream parlour/sensation, was a pastry chef at a number of big-name restaurants before he found his chilly calling. Between baking sessions. he experimented with different technique for crafting ice cream—eliminating eggs, using an old fashioned French machine that employed paddles rather than spinners, adding more salt and less sugar. The result is what my husband called "mind-bendingly good" ice cream, on the second trip we made in one day (I'm a bit emberrassed to admit), to Morgensterns. Not only are the flavors unique—salt and pepper pine nut, pistachio green tea, durian, Vietnamese coffee—but these tastes shine more brightly than usual, in an ice cream that is somehow half-way between the soft and hard varieties in its texture. Along with simple cones, elaborate sundaes are available, with toppings crafted in the store, including a whipped cream that is whipped up right before its served (they make a custom small batch for each sundae).

The shop, with its white tiles and royal blue trim, has the old fashioned ambiance of something you'd find in a small New England town, except for one thing: ever since it opened in May of 2014, a line has snaked out the door, morning, noon and night. Word gets around fast. But this is one place where the wait is worth it.