Things to See in Rockland 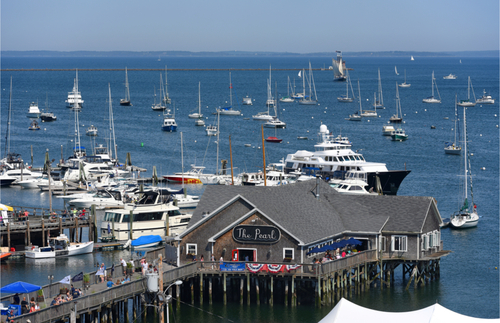 Rockland’s walkable Main Street, close enough to the harbor that you can catch a whiff at low tide, is lined with restaurants, boutiques, art galleries, and two of Maine’s most impressive museums in the Center for Maine Contemporary Art and the Farnsworth Museum. You may also want to check out the contemporary art at the Dowling Walsh Gallery, 365 Main Street. Not so long ago, a lot of these storefronts were empty, but comparatively cheap real estate has attracted creative types, entrepreneurs, and younger folks and families who can afford this still-rough-around-the-edges harbor town better than Camden and Rockport. When the CMCA opened in 2016, it seemed like confirmation of Rockland’s new direction, and a handful of sleek new Main Street restaurants opened on its heels.


Artists have long been drawn to Rockland’s coastal surroundings (and the islands nearby). A trip to nearby Cushing, 12 miles southwest of Rockland, shows off scenery that’s been captured on canvas by the likes of Edward Hopper and Andrew Wyeth (including the farmhouse made famous in Christina’s World). It’s worth a stop (particularly for families) at the Langlais Sculpture Preserve at 576 River Road. The late Bernard Langlais, an influential mid-century artist and native Mainer Bernard Langlais, fled the New York art scene for this Cushing farmstead in the ’60s. Langlais’s preferred medium was scrap wood, and today, a mile-long self-guided trail winds past the slightly cheeky, site-specific sculptures on his pastoral property. Highlights include his geometric, 13-foot Horse and a model of a giant Richard Nixon standing in a pond.