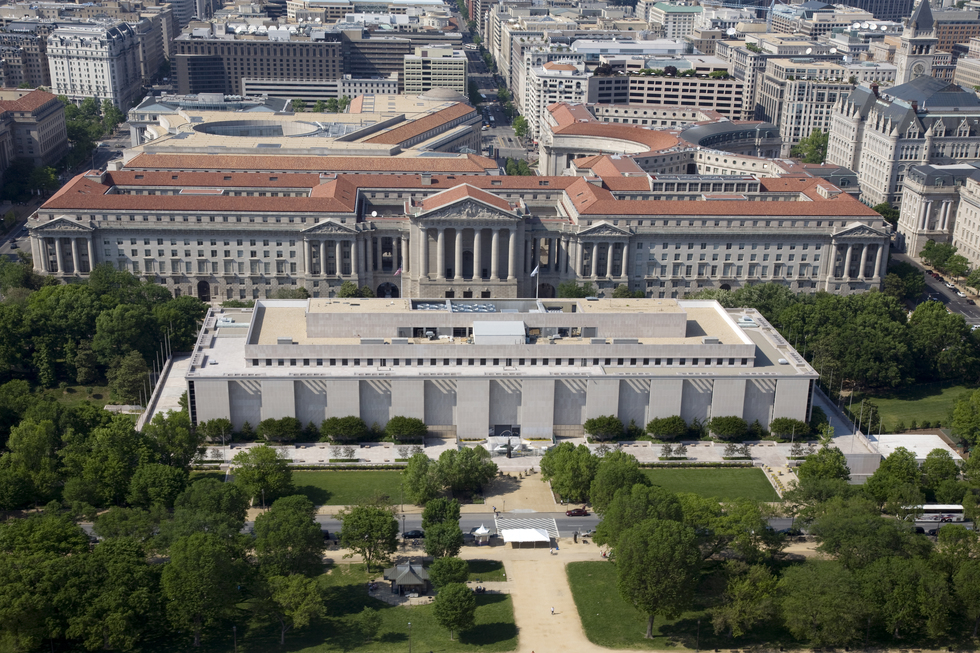 How does one museum possibly sum up the history of a nation that is 243 years old and 3.8 million square miles in size and has a population of 326 million people? And how does the museum sort through its collection of 1.8 million artifacts, which include every imaginable American object, from George Washington’s uniform to an 1833 steam locomotive, from the Star-Spangled Banner to a 1960s lunch box, and choose which to display? And finally, how does the museum serve it up in such a way as to capture both the essence of American history and culture, and the attention of a diverse and international public? At nearly 60 years old, the National Museum of American History is wrapping up a massive reinvention of itself that is helping the museum meet these daunting challenges. In late 2021, a new third-floor exhibition Hall of American Culture opened in the West Wing. The exhibit showcases how and where America’s great culture makers engage their audiences. A new Entertainment Nation exhibition explores how entertainment connects Americans and creates a forum for essential national conversations, whether that’s through sports (see items from Jackie Robinson and Mia Hamm’s careers), performing arts, like the Broadway hit Hamilton or groundbreaking movie trilogy Star Wars. A visit to the National Museum of American History today is a more penetrating, fun, and interesting experience than it ever was before.

In Flag Hall is the museum’s star (or should I say “starred”?) attraction: the original Star-Spangled Banner. This 30x34-foot wool and cotton flag is the very one that Francis Scott Key spied at dawn on September 14, 1814, flying above Fort McHenry in Baltimore’s harbor, signifying an American victory over the British during the War of 1812. Key memorialized that moment in a song that became the country’s official National Anthem in 1931. The threadbare 208-year-old treasure is on view behind a window in an environmentally controlled chamber; terrific, interactive displays bring to life the significance and grandeur of this important artifact.

From Flag Hall, stay on the second floor to see more iconic Americana. These include the original “Elmo” puppet from Sesame Street; a fragment of Plymouth rock in American Stories; and objects such as Thomas Jefferson’s portable desk in the exhibit American Democracy: A Great Leap of Faith, which explores the theme of what it takes to create a government of, by, and for the people. Many Voices, One Nation pulls treasures from the museum’s vast collection to consider how cultural geography and identity contribute to what it means to be American—two extremely timely exhibits. One of my favorite exhibits is Within These Walls, which presents a partially reconstructed, two-and-a-half-level, 200+-year-old house transplanted from Ipswich, MA, and tells the stories of the five families who lived here over time, from Colonial days to the early 1960s. Displays include authentic objects from the pertinent time periods. You learn, for instance that Lucy Caldwell occupied the house in the 1830s, played that square piano you see in the parlor, and formed the Ipswich Female Anti-Slavery Society with other women in Ipswich, considering it her moral duty to “assume a public stand in favor of our oppressed sisters.”

American ingenuity is celebrated in first-floor exhibits; this is also the most popular floor with young museumgoers. Wegmans Wonderplace, geared toward kids under age 6, is a learning playroom where kids can “cook” in a kitchen inspired by Julia Child’s (on display on the first floor, see below) and find owls hidden in a miniature replica of the Smithsonian Castle. A revamped and much improved version of an old favorite attraction, the Lemelson Center, features Places of Invention and Spark!Lab, where interactive exhibits allow for hands-on learning about inventors and inventiveness.

Other first-floor exhibits focused on American ingenuity display patent models of inventions by Samuel Morse, Alexander Graham Bell, and Thomas Edison, as well as the workshop of Ralph Baer, the progenitor of video games. Stop by the museum’s fresh exhibit on business history, American Enterprise, a kind of companion piece to the Value of Money exhibit here.

Vehicles including a 1903 Winton, the first car to cross the country, and a massive locomotive command a lot of space and attention in America on the Move, but to my mind they’re not nearly as interesting as the exhibit titled FOOD: Transforming the American Table, 1950–2000. Its pièce de résistance is Julia Child’s home kitchen, which Child donated to the museum in late 2001.

If you’re interested in American wars, politics, and fashion, head to the third floor, which holds the museum’s most visited exhibit: The First Ladies features 26 first ladies’ gowns and more than 1,000 objects, which round out our perceptions about the roles and personalities of these singular women. Covering their husband’s stories is The American Presidency: A Glorious Burden, which attempts to shine a more personal light on those who have held the office. Continue to The Price of Freedom: Americans at War, which explores the idea of wars as defining episodes in American history.

Note: In the same area as the children’s galleries is the Wallace H. Coulter Performance Stage and Plaza, where cooking demonstrations, jazz concerts, and other programs frequently take place. Around the corner from this area, just inside the Constitution Avenue entrance to the museum is the Jazz Café, where you can power up with ice cream cones, pastries, and sandwiches. Other attractions: racecar and flight simulator rides, a large cafeteria, and a theater showing 3D American adventure movies and Hollywood films.