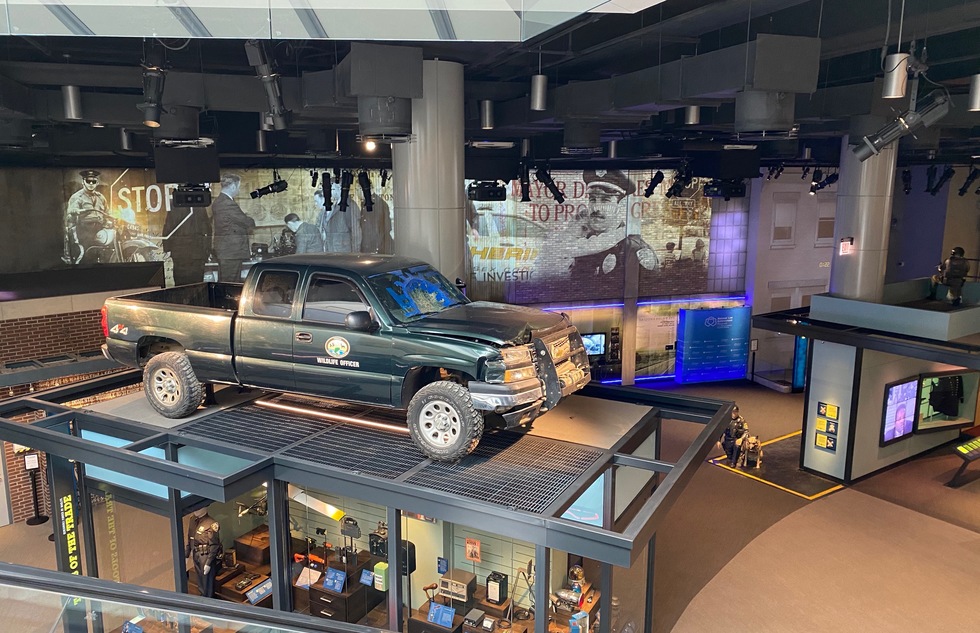 Way back in 2000, both houses of Congress passed a bill that was signed into law by President Clinton, authorizing the creation of a museum that would tell the story of law enforcement in the United States. It took another 18 years to raise the money and complete construction on this mostly underground facility set on Judiciary Square near the National Law Enforcement Officers Memorial.

It was worth the wait. Curators here have put together compelling, often interactive exhibits about the nuts-and-bolts of policing in all its specialties. The 57,000-square-foot museum tells its story through high-tech interactive exhibits, a comprehensive collection of more than 25,000 artifacts, such as early law enforcement and crime-solving tools pre-dating handcuffs and mug shots, photographs of famous officers, and personal items from former FBI Director J. Edgar Hoover.

At one station, visitors don headphones similar to those worn by 911 operators and participate in the nerve-racking exercise of hearing simulated calls from those in crisis and having to choose which questions to ask in order to get help where it's needed as fast as possible. In another area, videos of actual police interrogations are narrated by a nationally recognized specialist, illustrating which techniques work most effectively. Other exhibits cover the how-tos of collecting and assessing evidence, fingerprinting techniques, the engineering that goes into patrol cars, historic artifacts relating to crime and punishment, and much more. 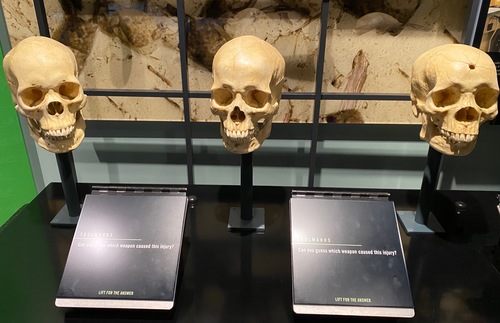 (Visitors are asked to guess what could have caused the damage to these replica skulls.)

Most compelling: a short workshop during which museumgoers undergo the same sort of training rookie police officers are given when learning when to use deadly force. For that, participants are equipped with a fake gun, holster, and boxes to duck behind while interacting with a computer-generated video showing different perilous situations. The workshop happens every hour on the hour, and it's a highlight—even if I did end up getting stabbed to death during a hospital hostage crisis. Plan your time so that you can take part in the simulation. 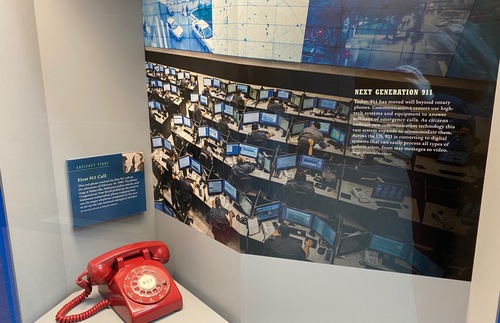 Regrettably, the museum sidesteps some of the more controversial issues that have plagued policing over the last two decades, such as racial profiling, stop-and-frisk policies, and facial recognition technologies. But even with these glaring omissions, the museum doesn't feel like propaganda, as early critics feared it would. Instead, most visitors will walk away with a renewed appreciation for the many challenges that law enforcement officials face on a daily basis.

Altogether, the museum takes two to three hours to tour. You'll want to visit the Hall of Remembrance to read the stories of some of the officers who have fallen in the line of duty over the decades; then stop by the memorial right outside the museum.

The memorial, on E Street NW between 4th and 5th streets, directly across the street from the National Building Museum and centered in the same plaza as the entrance/exit to the Judiciary Square Metro station, is the National Law Enforcement Memorial (www.nleomf.org; tel. 202/737-3400). It is dedicated to the federal, state, and local law enforcement officers who have died in the line of duty. The memorial is a landscaped park whose two tree-lined pathways embrace two curving, 304-foot-long blue-gray marble walls on which are inscribed the names of the more than 20,000 officers who have died protecting the nation and its people throughout U.S. history, starting in 1786. New names are added every May during National Police Week. Four sculptures of a lion protecting her cubs mark each pathway entrance; this is also where you can locate the name of a particular officer in the memorial.