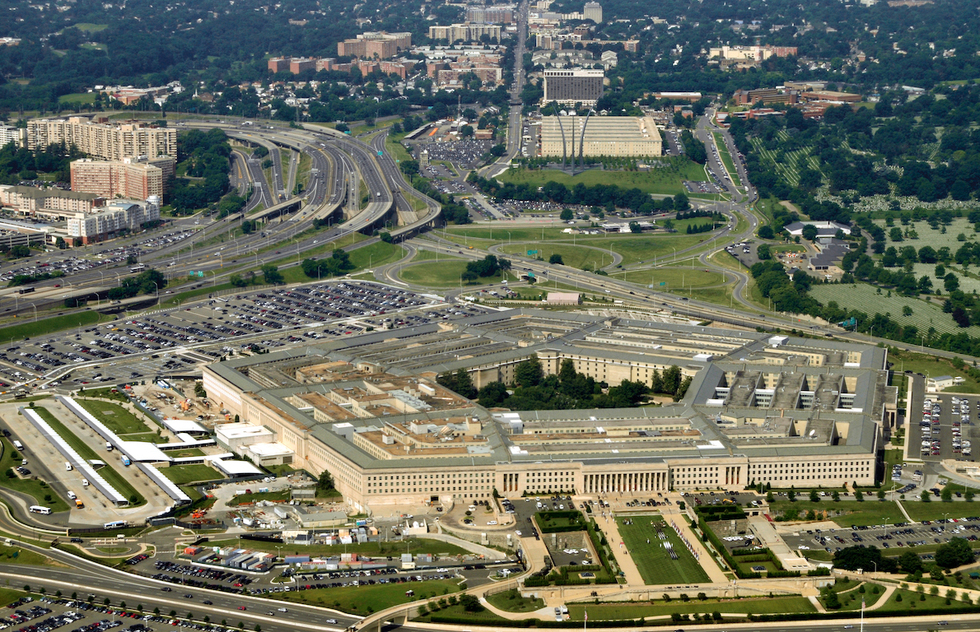 Completed in January 1943 after a mere 16 months of construction, the structure is the world’s largest low-rise office building. The Capitol could fit inside any one of its five wedge-shaped sections. Twenty-three-thousand people work at the Pentagon, which holds 17[bf]1/2 miles of corridors, 19 escalators, 284 restrooms, and 691 water fountains. Tours of this headquarters for the American military establishment were suspended for a while following the September 11, 2001, attack in which terrorists hijacked American Airlines Flight 77 and crashed it into the northwest side of the Pentagon, killing 125 people working at the Pentagon and 59 people aboard the plane. In the years since, the Pentagon has been completely restored and was running tours for visitors, until the pandemic put a temporary stop to those. Luckily, tours are running again since spring 2022. Check the website for the latest info on when they are offered. Here's what to expect:

An active-duty staff person from the National Capital Region’s ceremonial unit conducts the free, 60-minute tour that covers 1 1/2 miles. Your tour guide is required to memorize 20 pages of informational material, outlining the mission of each military branch. It’s a fascinating introduction, as is seeing the building itself, its corridors commemorating the history, people, and culture of the Air Force, Navy, Army, Marine Corps, and Coast Guard. You’ll see historical photos, the Hall of Heroes for Medal of Honor recipients, an exhibit recognizing U.S. prisoners of war and the missing in action, and paintings depicting the country’s founding fathers.

The tour does not include a visit to the two-acre Pentagon Memorial, better known as the 9/11 Memorial, which is located outside, on the northwest side of the building near where the plane crashed. On view are 184 granite-covered benches, each engraved with a victim's name, and arranged in order of birth date. The names are written in such a way on each bench that you must face the Pentagon to be able to read the names of those killed there and face away from the Pentagon, toward the western sky, to read the names of those who perished on the plane. Note: You do not need to sign up for a Pentagon tour to visit the 9/11 Memorial, which is outside and open to the public 24 hours a day, every day. The best way to reach the memorial is to take the Metro to the Pentagon station and walk the half-mile, following the signs that lead from the station to the northwest side of the Pentagon.

You must book your tour no later than 14 days and no earlier than 90 days in advance. Request the tour online at https://pentagontours.osd.mil, providing the Social Security number, birth date, and other info for each member of your party. There’s no public parking at the Pentagon, so it’s best to arrive by Metro—the Pentagon has its own stop. Once you exit the Pentagon Metro station, look for the Pentagon Visitors Center and go to the Pentagon Tour Window.