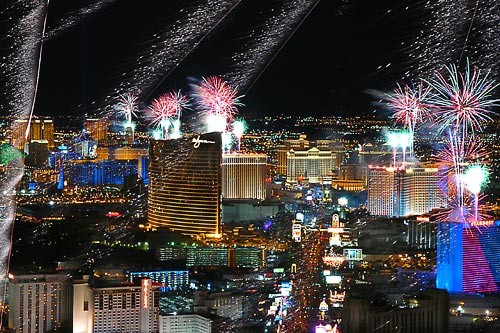 By
Las Vegas
Make no mistake, Sin City really knows how to let its hair down. Come to one of Las Vegas' outrageously showy New Year bashes and you'll see people partying as if the end of the world was nigh. The Vegas Strip is closed to traffic for the night, allowing outdoor revellers to party the night away. 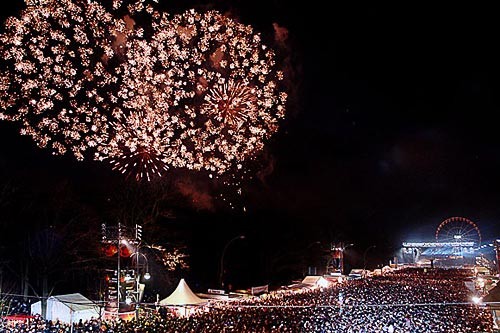 Silvester in Berlin
Berlin
Each year, thousands of revellers see in the New Year at the Brandenburg Gate. Silvester, as it is known in Germany, is celebrated with spectacular midnight fireworks, plenty of champagne-fueled capers, and live music performances to entertain the masses. 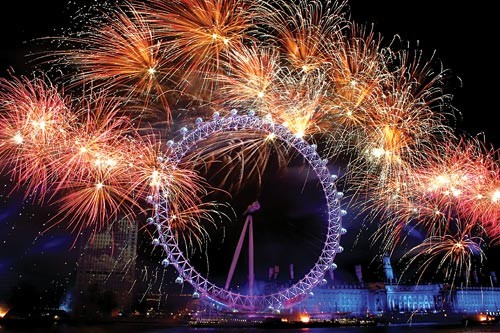 Mayor of London
London
As Big Ben strikes midnight, London rings in the New Year with fabulous fireworks over the Thames. A huge high-spirited crowd turns out to glimpse the iconic London Eye illuminated and to see rockets blaze skywards from barges along the river. It's so popular that visitors now have to secure tickets ahead of time through the city. 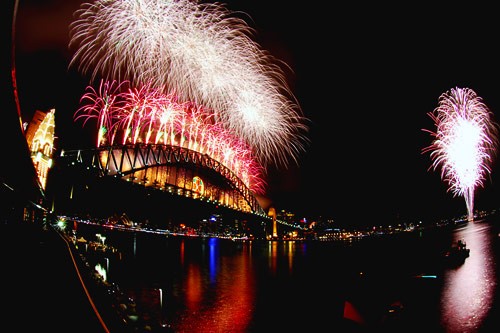 Luna Park Sydney
Sydney
The Sydney New Year's Eve celebrations are always among the most spectacular in the world. Activity focuses around a glittering Darling Harbour and the majestic Harbour Bridge, the backdrop for some of the most breathtaking fireworks you'll ever see. At New Year it's summertime in Sydney, so there's no better time to celebrate outdoors. 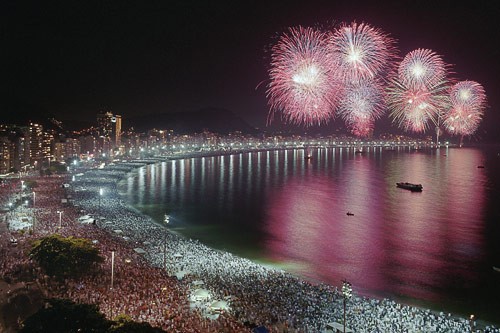 Jean Jacques Limborg/Rio Convention & Visitors Bureau
Rio de Janeiro
Every year, people congregate on the golden beaches of Copacabana, Ipanema and Leblon to worship the Goddess of the Sea, Iemanjá. Throngs of Umbanda followers enact their rites of worship alongside hundreds of thousands of new year revelers. 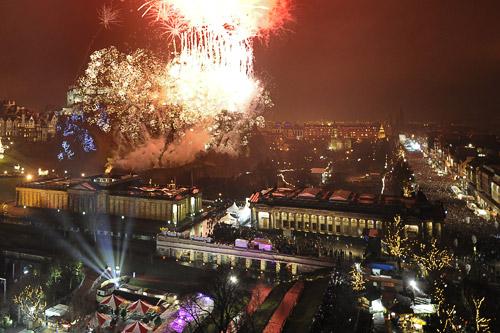 The City of Edinburgh Council
Edinburgh
Bearing in mind the Scottish propensity for old-fashioned revelry, one would expect a few choruses of Auld Lang Syne on New Year's Eve. In this spirit Edinburgh hosts four days of festivities including processions, concerts and a world-famous street party. 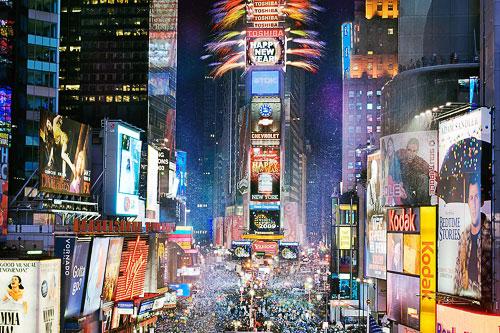 Countdown Entertainment/NYC & Company
New York City
You've probably seen it in countless Hollywood films and each year it is always the same: A six-foot ball sits atop No. 1 Times Square and at 11:59pm begins its descent down a 77-foot flagpole. Cue frenzy. Dress up warm to watch the crystal ball drop on the stroke of midnight at one of the world's biggest (and most security-heavy) street parties. 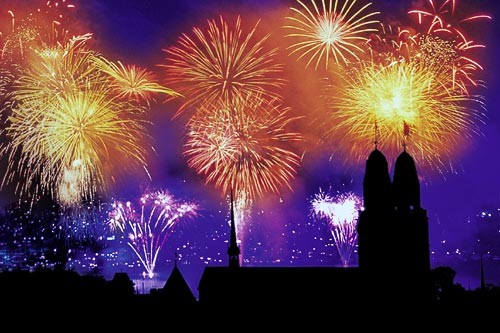 Silvester Zauber
Zurich
Over 150,000 revellers line the banks of the River Limmat and Lake Zurich to hear church bells chiming in the New Year, followed by fireworks. Mulled wine, food stalls, live bands and DJs keep Zurich up and partying all night. After the show ends, the musical entertainment starts up again and continues until 3am.