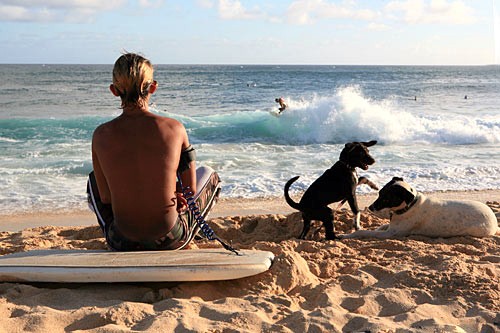 What to Do In Hawaii: 12 Ways to Get Wet

Interacting with the Pacific Ocean is an essential part of any Hawaiian vacation. Get the most out of your visit to the islands with our roundup of the best beaches and water sports on Oahu, the Big Island, Maui, Molokai, Lanai, and Kauai.

Annie Brinich contributed to this report. 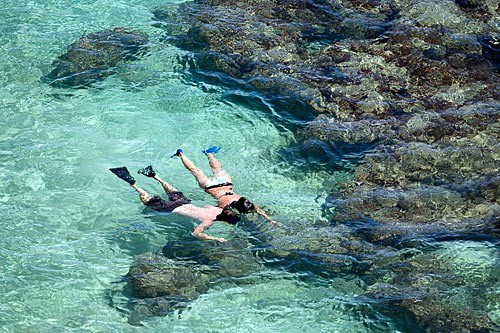 Marco Garcia
Hanauma Bay, Oahu
Oahu's most popular snorkeling spot is a curved, 2,000-foot gold-sand beach packed elbow-to-elbow with people year-round. Part of an old crater that fell into the sea, the bay's shallow shoreline and abundant marine life are the main attractions for underwater explorers. A reef outside the bay helps keep the waves calm. Hanauma Bay is a conservation district; you may look at but not touch or take any marine life here. Feeding the fish is also prohibited. 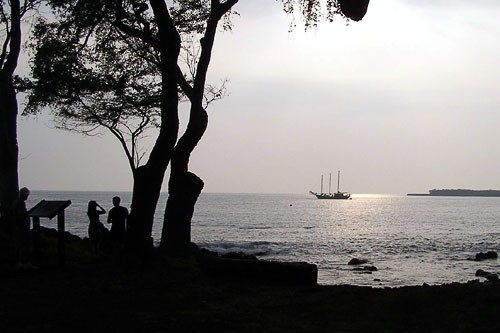 Frommers.com Community
Kealakekua Bay, Big Island
Probably the best snorkeling for all levels can be found in Kealakekua Bay. The calm waters of this underwater preserve teem with a wealth of marine life. Coral heads, lava tubes, and underwater caves all provide an excellent habitat for Hawaii's vast array of tropical fish. Without looking very hard, you can see octopi, free-swimming moray eels, parrotfish, and goatfish. Once in a while, a pod of spinner dolphins streaks across the bay, too. 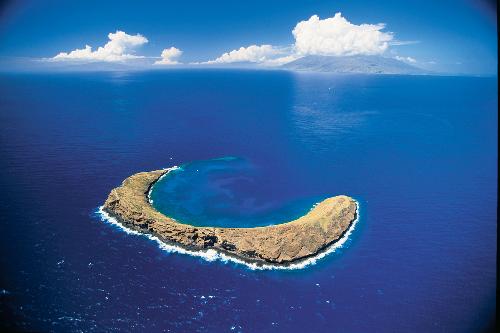 Molokini's marine life park is another of Hawaii's top dive and snorkel spots. This crescent-shaped crater has three tiers of diving: a 35-foot plateau inside the crater basin (used by beginning divers and snorkelers), a wall sloping to 70 feet just beyond the inside plateau, and a sheer wall on the outside and back-side of the crater that plunges 350 feet. This underwater park is very popular thanks to calm, clear, protected waters and an abundance of marine life, from manta rays to clouds of yellow butterflyfish. 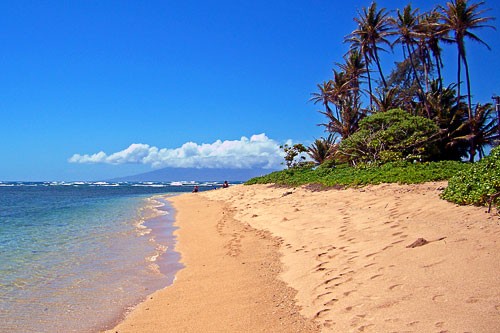 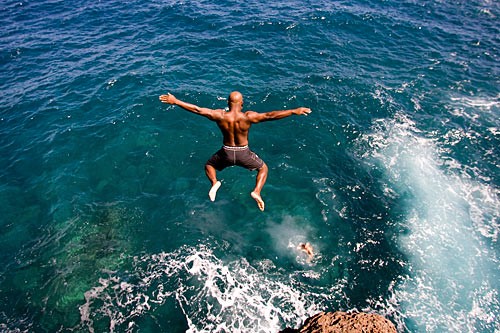 Two of Hawaii's best-known dive spots are found in the clear waters just off Lanai's south shore. The sun lights up an underwater grotto like a magnificent church, hence the name—some scuba divers say a visit here can be a near-religious experience. The snorkeling is terrific at nearby Hulopoe Beach, which also attracts cliff divers (pictured above). 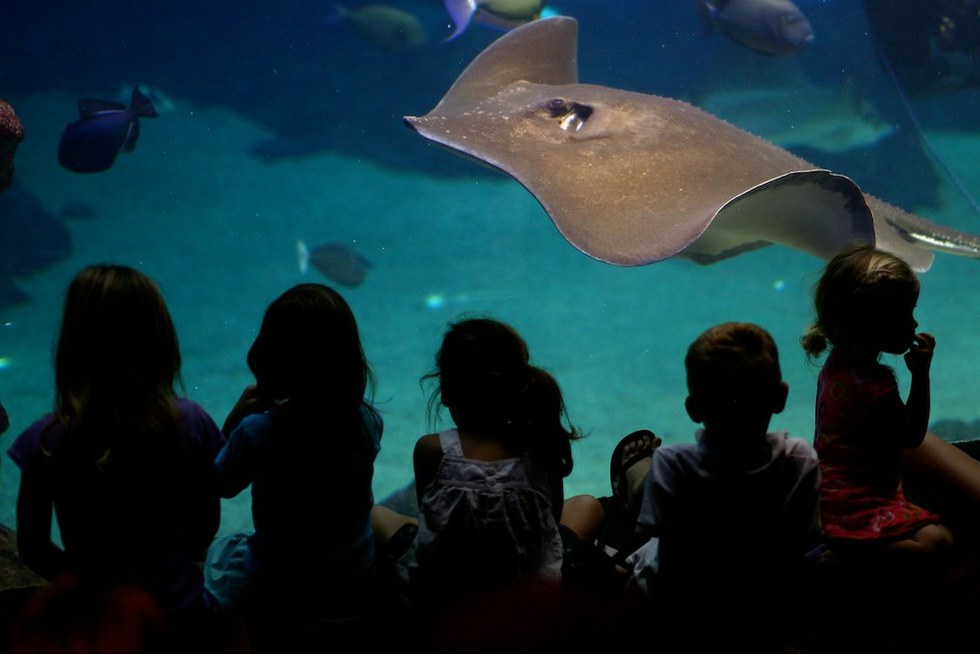 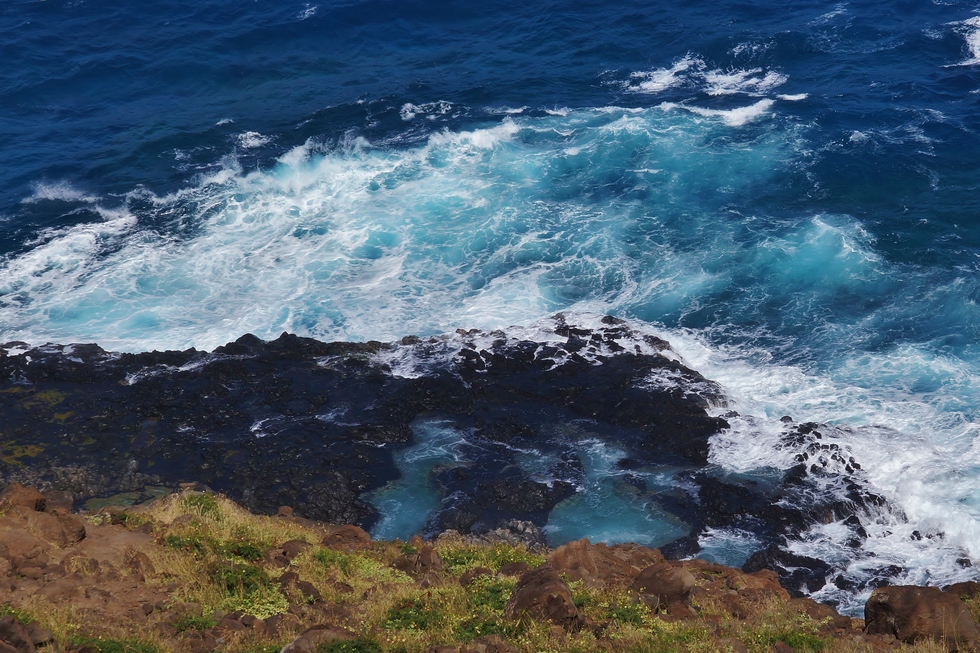 Eric Tessmer
Makupu'u Tide Pools, Oahu
For marine biology enthusiasts who don’t want to get totally submersed, the Makapu’u Tide Pools in Oahu are the perfect way to see the island’s native starfish, crustaceans, and ocean fish. The best time to visit the tide pools and the nearby Makapu’u lighthouse is right at sunrise, so be prepared to get up early. 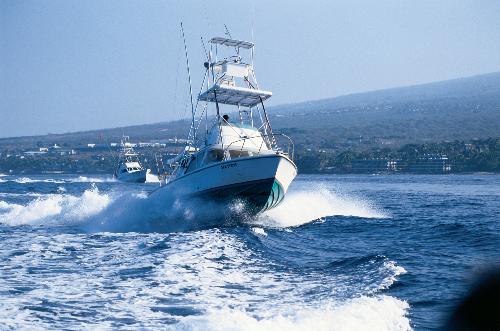 Anthony Woods
Sportfishing off the Kona Coast, Big Island
If you want to catch fish, conditions don't get any better than those on the Kona Coast, known internationally as the marlin capital of the world. Big-game fish, including gigantic blue marlin and other Pacific billfish, tuna, mahimahi, sailfish, swordfish, ono (also known as wahoo), and ulua (giant trevallies) roam the waters. When anglers here catch marlin that weigh 1,000 pounds or more, they call them "granders." There's even a wall of fame on Kailua-Kona's Waterfront Row, honoring those who've nailed more than 20 tons of fighting fish. Nearly 100 charter boats with professional captains and crews offer fishing charters out of Keauhou, Kawaihae, Honokohau, and Kailua-Kona Bay harbors. 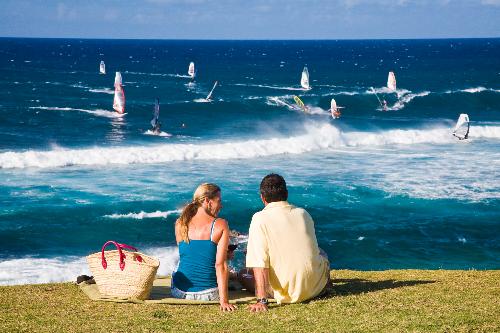 Maui has Hawaii's best windsurfing beaches. In winter, windsurfers from around the world flock to the town of Paia (pictured above) to ride the waves. Hookipa Beach, renowned for its brisk winds and excellent waves, is the site of several major championship contests. 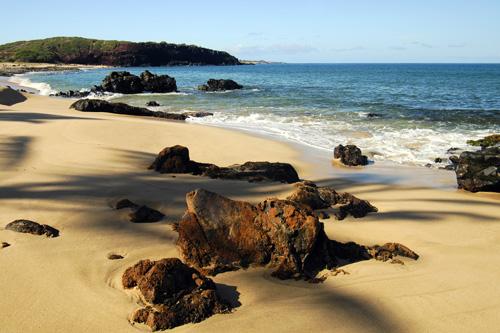 Anne Ackermann
Kayaking, Molokai
This is the Hawaii of your dreams: waterfalls thundering down sheer cliffs, remote sand beaches, miles of tropical vegetation, and the wind whispering in your ear. The best times to go are late March and early April, or in summer, especially August to September, when the normally galloping ocean lies down flat. Beginners should stick to kayaking the East End, where schools of tropical fish will tempt you to stop and snorkel every few feet. 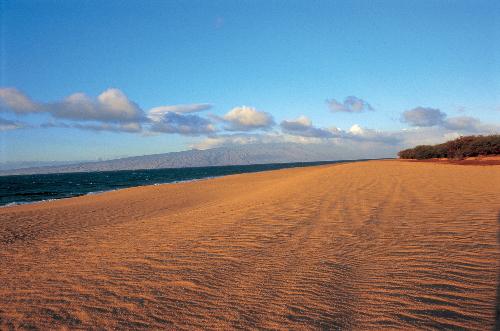 Hawaii Tourism Japan
Whale-watching from the beach, Lanai
Polihua Beach, Lanai's largest white-sand beach, is a great spot to look for whales in season (November–May, peaking between January and March). The beach is generally not safe for swimming due to strong currents, and it can be windy here, but it most likely will be deserted and you'll have a great view of Molokai in the distance. 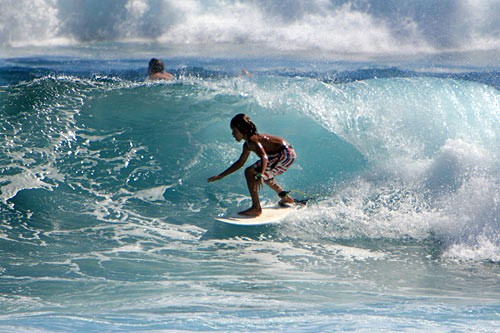 Dana Nadeau
Surfing, Kauai
Hanalei Bay's winter surf is the most popular on the island, but it's for experts only. Poipu Beach (pictured above) is a better spot for beginners. The waves are small and, best of all, nobody laughs when you wipe out.