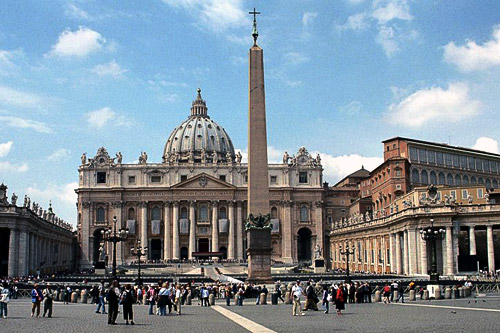 By Stephen Brewer and Donald Strachan
Frommer's' Italy guides feature regional and city itineraries that will help you maximize your time while touring the country's top sights. Here we look at how nine different cathedrals capture the best of Italy's standard-setting religious architecture. 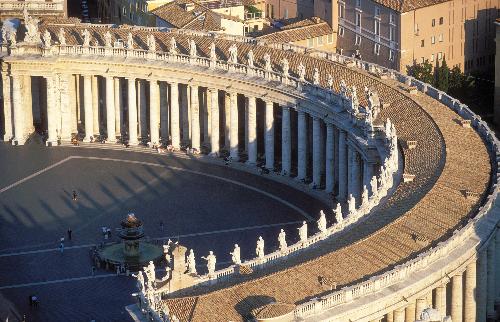 Simon McBride
St. Peter's Basilica, Rome
The incomprehensibly voluminous basilica of the Vatican is packed with incalculable riches, from the marble and gold that cover its every surface to such masterpieces as Michelangelo's Pietà and Bernini's Baldacchino. 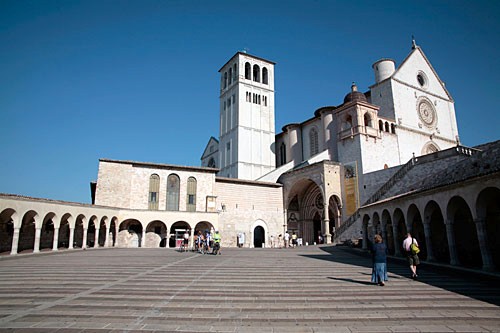 Vanessa Berberian
Basilica di San Francesco, Assisi
From a commanding position at the end of Umbria's most pious hill town, this proud 13th-century church honors the monk who preached and led a life of poverty and whose life is depicted in Giotto's magnificent fresco cycle. 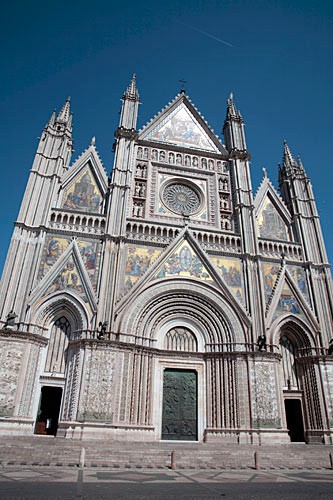 Vanessa Berberian
Duomo, Orvieto
The facade of what may be the most beautiful Gothic church in Italy is a confection of polychrome marble, all pointed arches and spiky spires, and the interior contains fine frescoes by Luca Signorelli.

Photo Caption: The facade of Orvieto's Duomo, the
advertisement 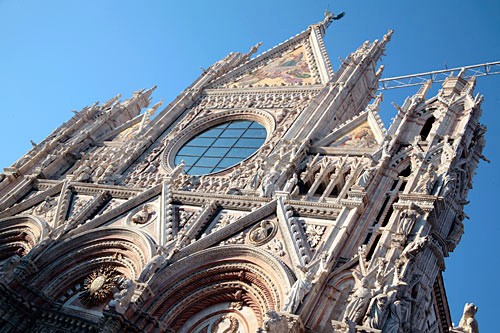 Anne Ackermann/ Novus Select
Duomo, Siena
The architectural gem of Siena's golden age is the work of many architects and artists, who created a facade of colored bands of marble, an elaborately designed floor, and rich carvings and frescoes throughout.

Photo Caption: Siena's Duomo is striking, from its Romanesque-Gothic facade to its marble-striped, exuberantly decorated interior. 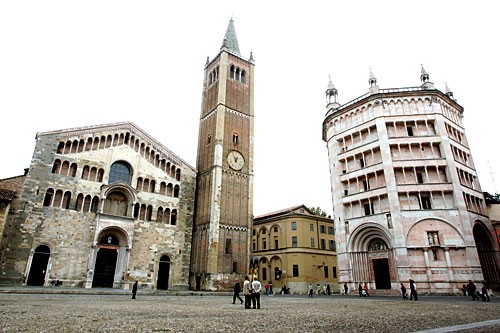 Riccardo De Luca
Battistero & Duomo, Parma
The octagonal baptistery clad in pink marble and rising in five graceful tiers from an airy piazza is the greatest Italian Romanesque work, the creation of Benedetto Antelami. Correggio painted one of his great masterpieces in the cupola of the adjacent Duomo, where the Virgin and her entourage seem to float right through the top of the church into an Easter-egg-blue Heaven.

Photo Caption: Leave yourself at least an hour to soak up the art and architecture of Piazza del Duomo; left to right: the Duomo, campanile, and baptistery.
advertisement 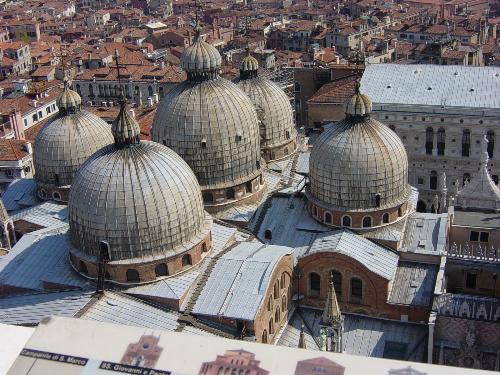 Christine DiComo
Basilica di San Marco, Venice
Venice's Byzantine extravaganza is a shrine to the city's patron saint, and the multidomed, mosaic-paved Basilica begun in the 11th century still evokes the might of the Venetian republic. Beyond the glittering facade, more than 3.8 sq. km (1K sq. miles) of colorful glass-tile mosaics sparkle and bedazzle with rich renditions of the religious rank and file, and the treasures include gilded bronze horses and other plunder from the Crusades. 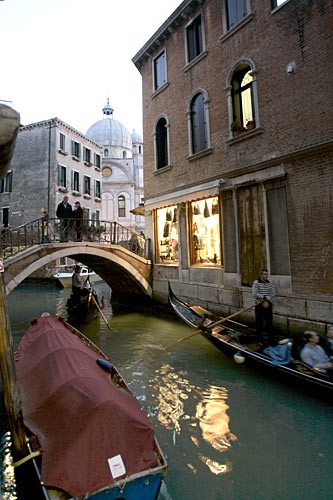 Riccardo De Luca
Santa Maria dei Miracoli, Venice
A top contender for the most beautiful church in Venice is sheathed in gleaming white marble; the effect is especially stunning when the exterior is lit at night. 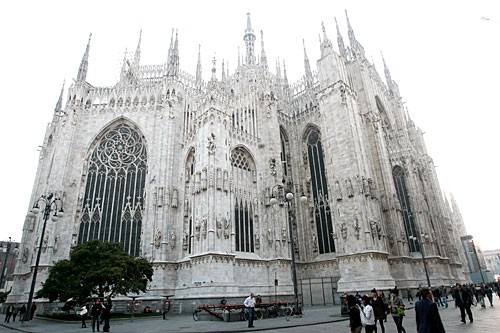 Riccardo De Luca
Duomo, Milan
A great accomplishment of the early Renaissance and one of the largest churches in Christendom was a work in progress for six centuries. The facade, with its 140 pinnacles and many tiers of statuary, was not completed until the 19th century, under the orders of Napoleon when he marched into town in 1805 and had himself crowned king of Italy on the high altar.

Photo Caption: Milan's Duomo is one of the largest and most complex Gothic structures ever built. 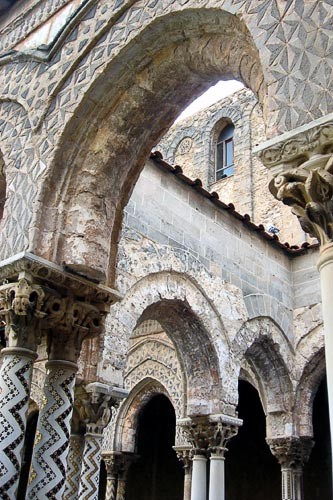 Frommers.com Community
Cattedrale, Monreale
The Arab-Norman cathedral is best known for its dazzling 12th-century mosaics -- perhaps the greatest artistic treasure in all of Sicily -- and the cloister surrounded by 228 columns.