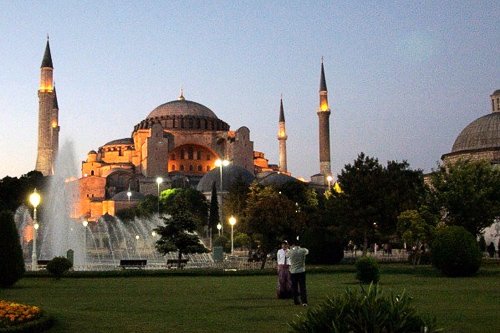 What to See in Istanbul: 5 Byzantine Beauties

By Emma Levine
Most visitors to Istanbul are familiar enough with those trademark pencil-thin Ottoman minarets, which rise from mosques around the city. If you stay in Sultanahmet, you're likely to be rudely awakened with the dawn call to prayer. Most women, young and old, wear headscarfs.

But away from its Islamic culture, some of the city's hidden-away landmarks are remnants of the Byzantine Roman Empire, of which Constantinople (its name before the Ottoman invasion in 1453) was the capital from 330 A.D. It was only after the city was renamed Istanbul, when it was head of the Ottoman Empire, that many of these landmarks, especially churches, were converted to mosques under Mehmet II (also known as Mehmet the Conqueror).

A typical trait of Byzantine religious architecture is that all beauty was left for the interior, which are usually adorned with religious frescoes and mosaics on huge domes. The exteriors were relatively plain, usually built from red brick and with a rather squat appearance.

Here are five Byzantine beauties that are worth a closer look. 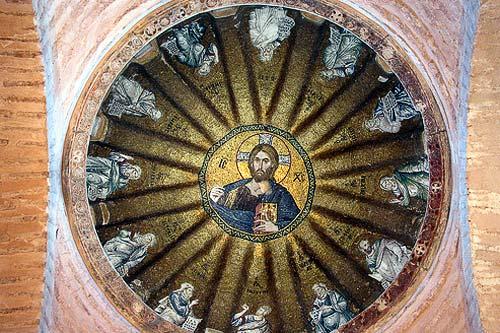 chingers7
Fethiye Camii (Church of the Pammakaristos)
In Fener, the same neighborhood as the better-known Kariye Museum (also known as Chora Church), this rarely-visited small stone-and-brick mosque still has frescoes from its Byzantine halcyon days. These were only unearthed in the 20th century; the centerpiece -- a mosaic of Jesus with prophets -- covers the dome of the grave chapel. 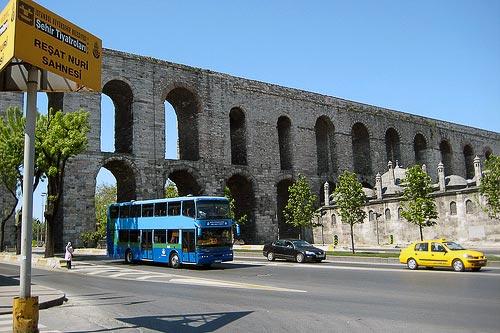 Esme_Vos
Aqueduct of Valens
Although its mammoth arches lack ornate beauty and artistic grandeur, this 4th-century aqueduct is one of the great successes of Emperor Valens. Water was transported to the city through this Byzantine wonder.

Today, it might well be on your first entrance into the city from the airport that you catch sight of its two tiers of arches, but there's one way to get a closer look: Pull up a stool in its shade on the north side, and join locals for a glass of tea. 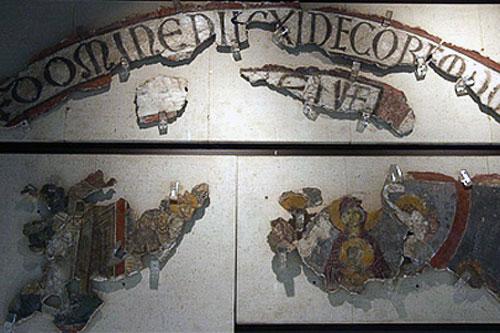 tla
Kalenderhane Camii
Although possessing none of the exquisite mosaics, frescoes, or domes of other Byzantine beauties, the appeal of this mosque (and former church) lies in the delicate colors of its interior. The Ottomans installed windows after converting to a mosque, but thankfully didn't alter the gray and pink marble walls, which look even more glorious when shafts of sunlight pierce through the windows. Usually empty (except for a few locals at prayer time), this is one of Istanbul's most peaceful havens. 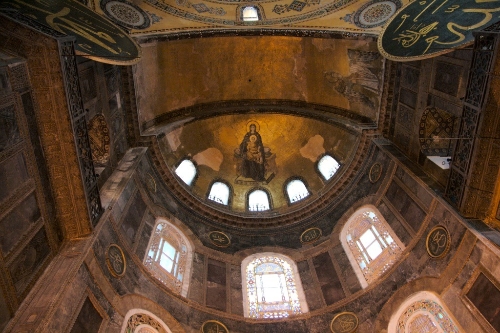 Akihiko Takaba
Hagia Sophia
Nothing secret about this one: This great hulking monolith is one of Istanbul's most famous sights. Also known as Ayasofya, the building and its minarets (which are illuminated with spotlights at night) form an iconic part of the skyline. Though thousands see it daily, few are aware that the minarets were added way after it was used as a church some 15 centuries earlier. Once you've savored the interior's religious frescoes and mosaics, check out the sheep outside: In the grounds are remains of a 5th-century frieze depicting a row of sheep, remains of the church from its Byzantine days. 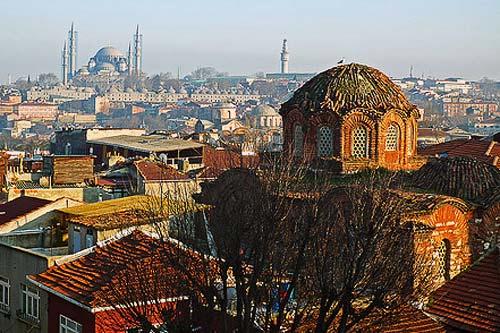 Sahici
Zeyrek Camii (Monastery of the Pantocreator)
Touring this old monastery, built originally for Empress Eirene Komnena in the early 12th century and now a working mosque, feels like you've stumbled upon a fantastic secret. Few visitors come here: The journey up there is best on foot, from the traffic-filled highway up the steep cobbled hill through the once-affluent neighborhood of Küçü kpazar.

Today, it's ramshackle houses that overlook a square filled with children playing football, and wooden houses seemingly tied together with string. Although there are no regular visiting hours, ask around for the mosque's caretaker who will take you into the main prayer hall. If you're lucky, the caretaker might even unfurl the carpet to reveal its marble mosaic floor. Then rest your feet in the opposite restaurant, Zeyrekhane, once part of the monastery's complex from where views from the terrace of the Golden Horn are simply breathtaking.