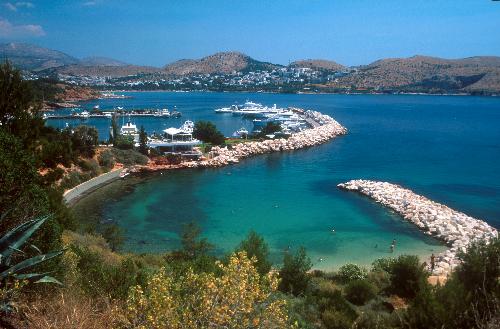 By Frommer's Staff
Thoug this list is not meant to be in any particular order, it's hard to top the cradle of Western civilization, our first pick. Athens, Greece was a destination for cultured tourists before a lot of countries were even born. Athens today is a mix of ancient and modern, with 2,500-year-old monuments standing cheek-by-jowl with neoclassical buildings and high-rises, old tavernas and fast-food outlets, craftsmen's shops and souvenir outlets. By far the country's biggest city, Athens is home to about 5 million Greeks (a full 40% of the country's population), and for decades had a reputation as a crowded, congested, polluted place. Construction for the 2004 Olympic Games did much to improve things, adding new Metro (subway) lines and roads that help alleviate some of the traffic, and a series of wonderful pedestrian-only streets that link the city's most venerable sites.

Photo Caption: Marina at Vouliagmeni, a picturesque peninsula, situated on the eastern edge of Athens. 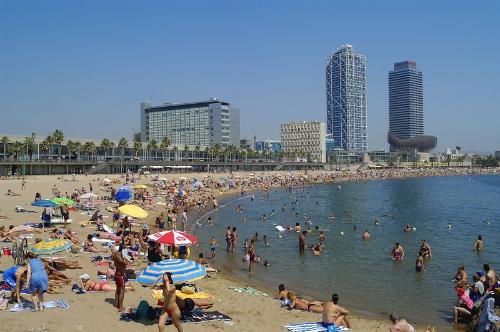 Josep Curto/AGE Fotostock
Barcelona, Spain
Barcelona, Spain's second-largest city and the capital of the Catalonia region, was developed as a port by the Romans and has long been a Mediterranean center of commerce and passenger shipping, its docks packed daily with the cruise lines' largest megaships. The draws? The city's prime location on the Iberian Peninsula; its wealth of historical, cultural, and artistic offerings; and docks within walking distance of the city center. Pretty much every major cruise line visits here today, and many use the port as a port of embarkation/debarkation.

Photo Caption: The beach at Barceloneta. 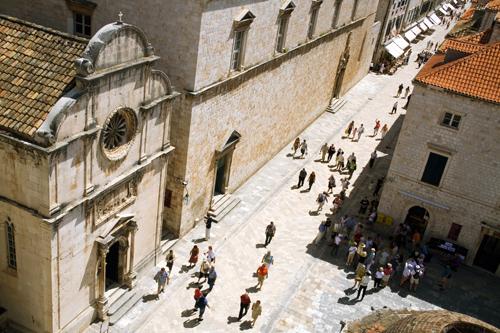 Anthony Woods
Dubrovnik, Croatia
Little more than 15 years ago, the 900-year-old city of Dubrovnik was being shelled by Yugoslavian troops during the Croatian War of Independence -- a fact you'll find almost impossible to believe today as you stroll the idyllic harbor and old town in the company of thousands of other cruise ship passengers. Strange but true: The beautiful old city (so beautiful it's included on UNESCO's World Heritage List) has bounced back from war to become one of the most popular ports on the Mediterranean/Adriatic run. But who can question why? It has an enviable position on the blue sea, with medieval ramparts surrounding ancient streets and historic architecture, and a surrounding countryside that remains redolent of old-world living.

Photo Caption: A view of the Placa, the main street of the Croat city of Dubrovnik. Also visible is the Franciscan Monastery 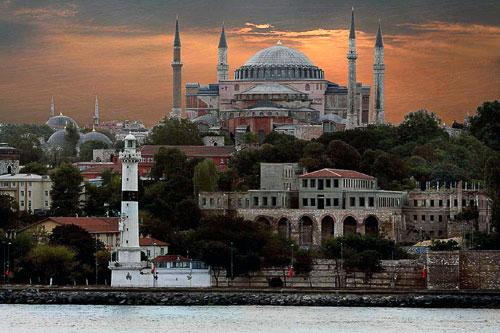 Frommers.com Community
Istanbul
Istanbul is literally where East meets West, sitting at the point where Europe and Asia touch. It's a place of mosques and minarets, sultans' treasures, crowded bazaars, and holy Christian landmarks -- and it's also a chaotic modern city, teeming with energy and looking forward to its country's eventual entry into the European Union. The senses spring to life here, through the smell of the spice market, the taste of traditional Turkish dishes, the feel of a Turkish carpet, and the sound of muezzins chanting the call to prayer. Everywhere you look, museums, palaces, and grand mosques and churches attest to the city's glorious history as the capital of three successive empires -- the Roman, Byzantine, and Ottoman. 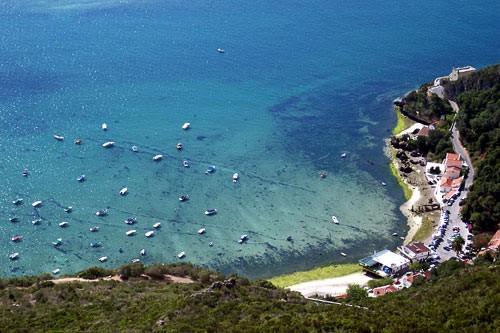 Frommers.com Community
Lisbon, Portugal
Portugal's capital is a cosmopolitan city offering a combination of history, cultural arts, modern life, and great beauty, with some areas bringing to mind Paris and others hilly San Francisco. But mostly Lisbon just looks like Lisbon. It's inimitable. 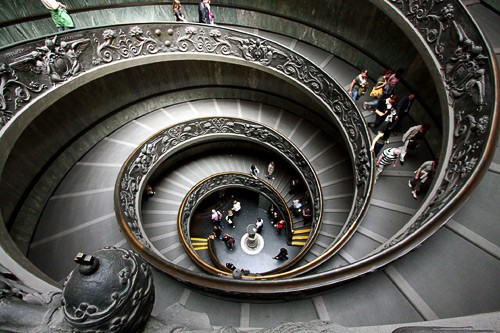 R. Miyara
Rome, Italy
As legend would have it, Rome was founded by twin brothers Romulus and Remus in 753 B.C., but it seems more likely that it evolved naturally from a farming community sometime over the course of the same century. Over time, the city grew into the capital of the Roman Kingdom, the Roman Republic, and finally the Roman Empire. For almost a thousand years, it was the most politically important, richest, and largest city in the Western world. Its political power may have waned in the centuries since, but its mythic stature has not. It's still . . . well, Rome: the eternal city, onetime center of the Western World, seat of the Catholic Church, capital of la dolce vita, etc., etc. As one of the few major European cities to escape World War II relatively unscathed, its essential Renaissance and baroque character remains intact. Hidden piazzas, palaces, and ruins of antiquity have all been absorbed into the bustling, frenetic fabric of modern Rome, offering visitors as many wonderful surprises as there are corners to turn. 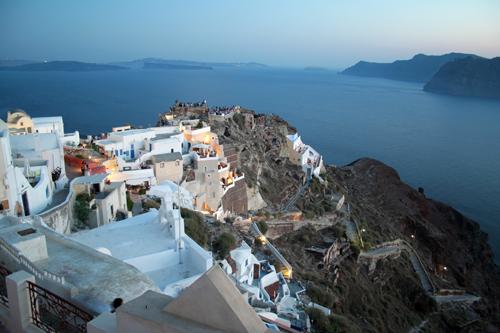 Angelo Cordeschi/Dreamstime.com
Santorini, Greece
Of all the Greek Isles, Santorini is our favorite. It's one of the most breathtaking islands in the world, dotted with whitewashed homes, black-pebble beaches, rich vineyards, and ancient ruins, and approaching its beautiful bowl-shaped harbor by ship is a dramatic experience. The bay is actually a caldera, a central crater that was formed when a volcano erupted in 1500 B.C. Ash fell on the remaining land and buried the cosmopolitan city of Akrotiri -- an event that some believe sparked the legend of the lost continent of Atlantis. 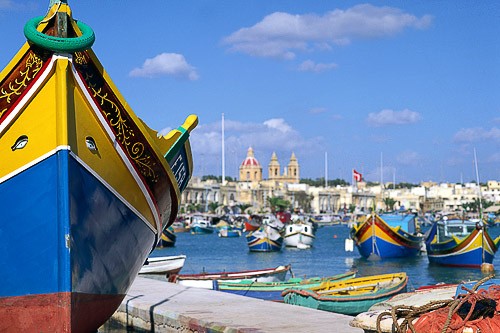 Malta Tourism Authority
Valletta, Malta
Located at a strategic crossroads about 97km (60 miles) from Sicily and 290km (180 miles) from North Africa at the southernmost tip of Europe, the island nation of Malta has been a coveted prize for thousands of years and at one time or another was ruled by the Phoenicians, Romans, Arabs, Normans, Castilians, the Knights of St. John (aka the Knights of Malta, who ruled from 1530 to 1798), the French, and the British. Malta gained independence from Britain in 1964 and became a republic in 1974, and today its golden capital city offers a wealth of history (cathedrals, palazzos, and fortifications, mostly from the period of the knights' rule), as well as museums, restaurants, and shopping opportunities. Its Grand Harbour also offers one of the cruise world's best "coming into port" experiences, with massive honey-colored stone fortresses rising up like ornate sand castles. In other parts of the island you can visit quaint towns, ancient sites (including the oldest known free-standing prehistoric temple structures in the world), and historic churches. 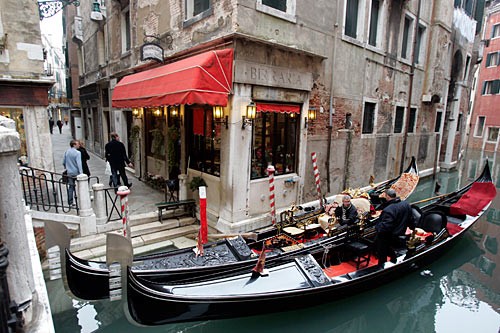 Riccardo De Luca
Venice, Italy
Is Venice the most beautiful city in the world? You wouldn't get much argument from us if you said so. Everywhere you look here, you're stunned by the sheer beauty of the city's architecture and its absurd wealth of art; by the seemingly organic nature of the place, as if it had grown rather than been built; and by the inventive ways Venetians have found both to adapt their city to the modern world and to ensure that it doesn't simply sink into the lagoon. That eternal tenuousness -- of an ancient city that just keeps managing to stay afloat, no matter what nature and man throw at it -- gives Venice a gauzy, fairy-tale quality. It shouldn't exist, but it does.

Photo Caption: The back alleys and canals of Castello offer a welcome escape from Venice's crowds. 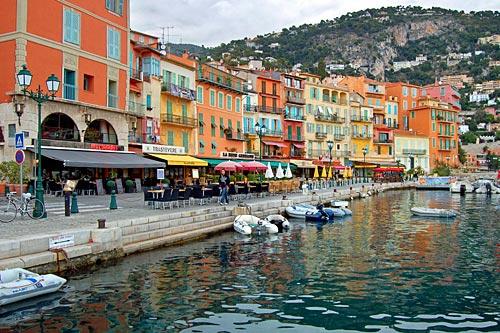 Frommers.com Community
Villefranche-sur-Mer
Stretching between the sea and the coastal mountains of southern France, the French Riviera (aka the Côte d'Azur or "Blue Coast") long has been a playground of the rich and famous, and for good reason: The place is even more gorgeous than the people, and everybody knows the people are très beau. Artists, including Matisse, Picasso, Léger, Cocteau, and Renoir, were all drawn to the area's natural beauty, and today numerous museums here are devoted to their work. The coast's towns are strung along its length like pearls, many so close together that you can visit a few in just one day -- though all are crowded with tourists in the summer months, particularly in July and August.