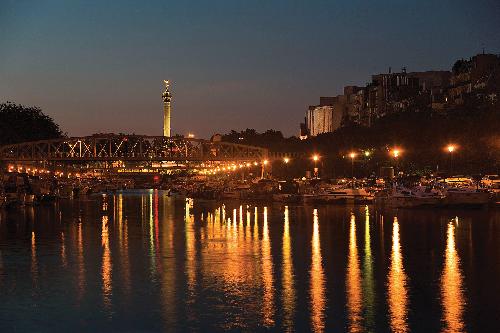 By
Getting Started
Before the Revolution, the Bastille area was a faubourg -- a district outside Paris -- and it retains a flavour of this not-too-distant past in its narrow streets.

The Bastille was a massive medieval castle built to defend the Paris of Charles V. It took 13 years to build and was completed in 1382, but took only four months to destroy in 1789. During the reign of Louis XIV the Bastille became notorious as a place where the king could send his enemies without them being tried. The king's infamous Lettres de Cachet were enough to earn someone an indeterminate sentence; among the famous here were the Man in the Iron Mask, the Marquis de Sade, Voltaire, and the celebrated Latude, who escaped several times. The poor were kept in dungeons in bad conditions where they were left to starve, or drown when the Seine flooded. Louis XI, the "Spider King," kept prisoners in tightly fitting cages. Prisoners with money or connections could live well, bringing their own staff and holding sumptuous dinner parties. Some had so much freedom that one of the towers was named the Liberty Tower. To best enjoy this walk, avoid Sunday when the courtyards are closed and the garden is crowded. The morning market is on a Thursday and Sunday. 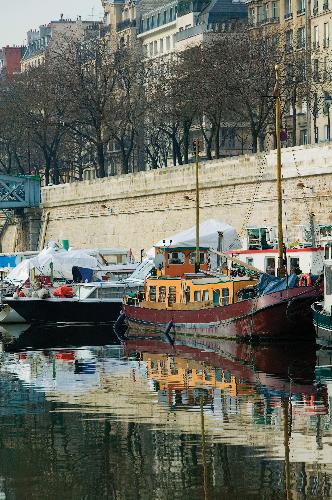 Danita Delimont
Port de Plaisance
From quai de la Rapée Métro station cross the road (pont Morland), go down the steps and walk along beside the canal and its Port de Plaisance.

This pleasant marina provides moorings for boats, some of which are semi- permanent and some are just visiting, lucky enough to find a berth at this prime location. The pretty gardens were planted in the 1980s when the area was gentrified and there is now a café called the Grand Bleu, named after the film, where you can take tea or an ice cream while enjoying the lovely view of the many and various boats. The old walls on the other side of the canal are part of the 14th-century city fortifications. Boats leave from here to go up the canal St- Martin on an enjoyable cruise. 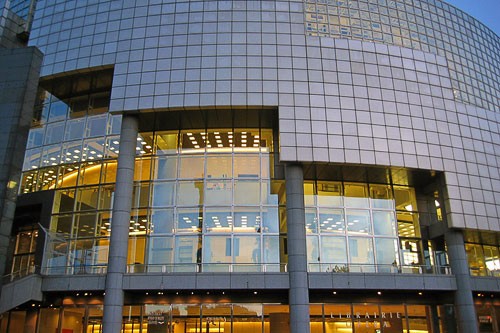 From here you can see the new opera house, Opéra Bastille, with its elegant modern curving glass front. Venezuelan/Canadian architect Carlos Ott designed the building in the 1980s. It provides 2,700 seats, some at quite reasonable prices, and almost all with perfect visibility. The booking hall is on the right-hand side; sometimes guided tours are available. In the middle of the square is a column to the memory of the Revolution of 1830; the Revolution that saw a king put back on the throne. You can see the dates on the base: July 27-29. On the top is a statue of the Spirit of Liberty holding broken chains. This was an area quick to participate in uprisings due to the large working-class population. 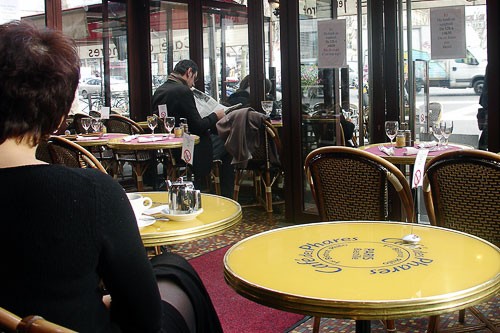 Look on the ground for the paving stones that trace the shape of the Bastille prison, which stood here. The Bastille was a defensive fortress built on the eastern side of the city to protect it from invasion. When Paris grew larger the Bastille was no longer on the outside of the city and it became a prison. At the Revolution of 1789 on 14 July it was stormed by a mob wanting gunpowder for the guns they had raided from Les Invalides. They freed seven prisoners, mostly madmen or murderers, who were astonished to be paraded as heroes. Soon afterwards the building was demolished and the stones were sold off as souvenirs. Bastille Day on 14 July is now a national holiday. 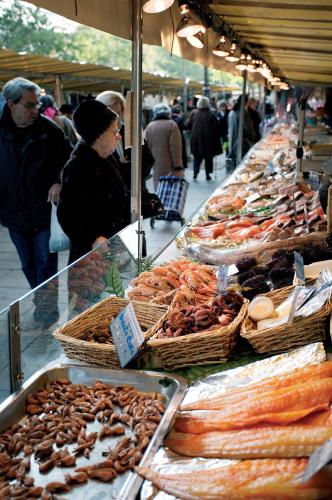 © Visit Britain / Britain on View
Bastille Eats
Cross rue St-Antoine and turn left. Walk ahead for one block before turning right into rue de la Bastille, walking past Restaurant Bofinger at No. 3.

This restaurant has a stunning art nouveau interior and also serves good traditional French brasserie food. Continue walking round the Bastille square. A large fresh produce market is held on boulevard Richard Lenoir on Thursday and Sunday mornings. Turn left into a pretty courtyard, Cour Damoye, and walk along to the end. Turn right into rue de Lappe. 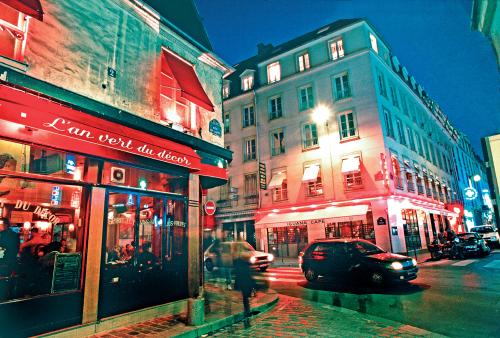 Rue de Lappe is very lively in the evenings, with a multitude of restaurants, bars and clubs. Halfway along is an old-style dance hall from the 1930s, the Ballajo, still a popular venue for those who love to dance the tango or rock and roll style. The area used to be famous for its dance halls and an atmosphere in which the rich could enjoy slumming it with the working classes. Shops and restaurants here serve specialities from the Auvergne, an area famous for its galoshes (workmen's leather clogs), which are often hung in the windows. Many Parisian restaurants were set up by people from this relatively poor region in the 19th and 20th centuries. 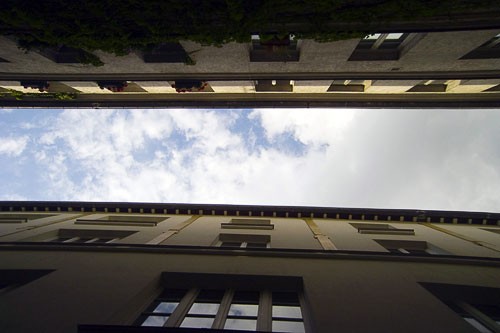 Groume
Passage du Chantier
Turn back down the rue du Faubourg St-Antoine and go into the small passage way on the right.

Passage du Chantier is lined with workshops where small-scale furniture is still made by craftsmen. The area has been associated with the furniture- making business since the 15th century, when Louis XI gave people the right to set up shop here in a bid to relieve local poverty. At the time, the district was outside Paris. Some of the famous French furniture-makers, such as Weisweiler and Carlin, who produced the masterpieces of the 18th century for Queen Marie Antoinette, had workshops here. Now it is a mixture of brash furniture stores with pieces made cheaply abroad or small artisans making traditional-style pieces. However, the trades of upholstery and gilding have survived in the workshops of the smaller backstreets. 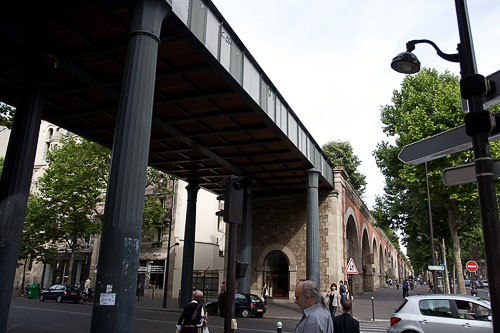 The attractive raised walkway, planted with greenery and flowers, was built to replace old railway tracks, and a station once stood where the opera house is now. If you wish to go to the end, the walk will take you to the Bois de Vincennes, a park just outside the city. The railway tracks were raised because the trains went through a densely populated area. Since the area has been renovated, craftspeople congregate under the walkway. 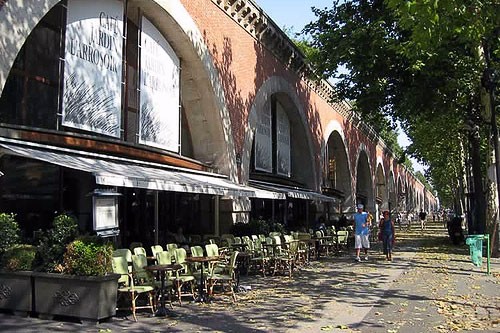 The Viaduc des Arts is a pleasant place to finish your walk. Under the old railway tracks you will find cafés, shops and workshops, where traditional crafts, including pottery, painting, glassblowing, weaving, the restoration of furniture, textiles and musical instruments, are practised and sold. The nearest Métro station is Gare de Lyon.