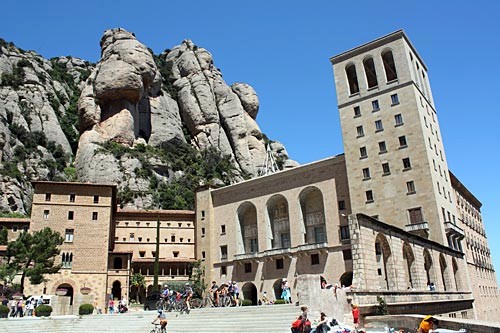 By Frommer's Staff
Spain's religious architecture consists of a mix of privative Catholic sites, the rare remnant of Moorish conquest, grandiose monuments to a short-lived Golden Age, and monuments to the country's slow decline under competing European influences. Here are eleven of the finest achievements.

Photo Caption: The Basilica of Montserrat can be reached by road or train and aerial cable car; from there, take a funicular to the peak. 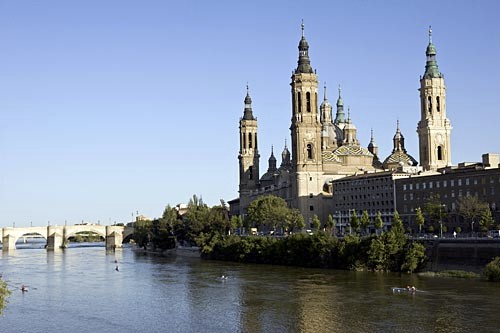 Markel Redondo
Basílica del Pilar in Zaragoza
Pilgrims from all over Spain flood into this shrine to the manifestation of the Virgin Mary known as El Pilar. According to church tradition, the Virgin Mary appeared to St. James here in a.d. 40 and gave him a statue of herself mounted on a column, or pilar, of jasper. The tiny statue and column are revered on the altar of the Holy Chapel of this massive baroque church.

Photo Caption: A succession of churches have stood on the miraculous site of the Basilica del Pilar.
advertisement 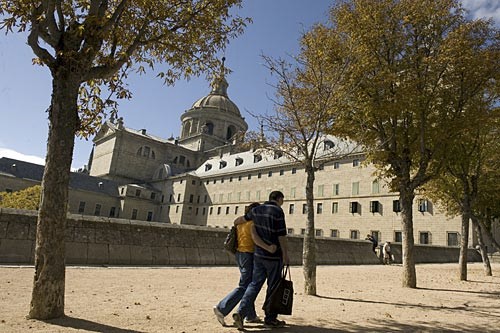 Denis Doyle
El Escorial in Madrid
Religious fervor and secular power share the stage in this lavish palace outside Madrid. Felipe II spared no expense in honoring his royal lineage and expressing his religious devotion, and his architects managed to reflect the chastening, ascetic spirit of the Counter-Reformation in the unadorned facades and severely rectangular layout. The interior decorations are another matter, as Felipe's successors went for baroque. 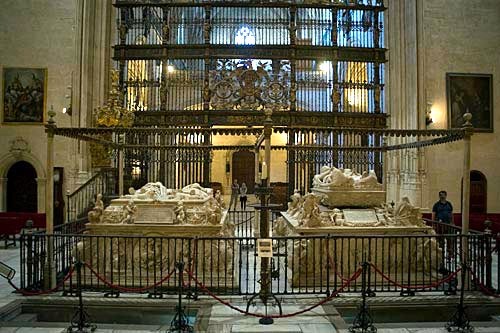 Jorge Guerrero
Capilla Real in Granada
Small is beautiful. It can also be grand if it happens to be the burial site of Spain's famous co-monarchs, Fernando and Isabel, who rest beneath somber and serene sarcophagi. The grill around the main altar is a masterpiece of ironwork. An adjacent museum holds Fernando's sword and Isabel's favorite paintings.

Photo Caption: Making a statement even in death: Fernando and Isabel lie in repose at Granada
advertisement 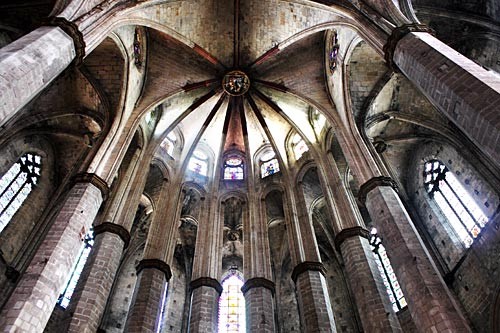 Sergi Camara
Santa Maria del Mar in Barcelona
This stunningly beautiful Catalan Gothic church has such graceful dimensions and architectural perfection that you don't even have to be one of the faithful to be moved to tears.

Photo Caption: The much-loved Santa Maria del Mar is one of the purest examples of Catalan Gothic architecture in Barcelona. 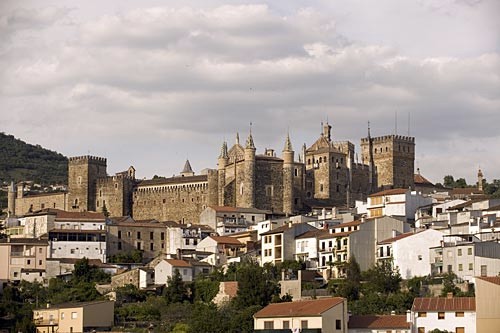 Denis Doyle
Real Monasterio de Santa María de Guadalupe
The discovery of another Dark Virgin statue with the power to create miracles made this tiny village of Extremadura into one of Spain's chief pilgrimage sites in the 14th century. Today the ancient statue is rivaled by the basilica's paintings by local boy Francisco de Zurbarán. 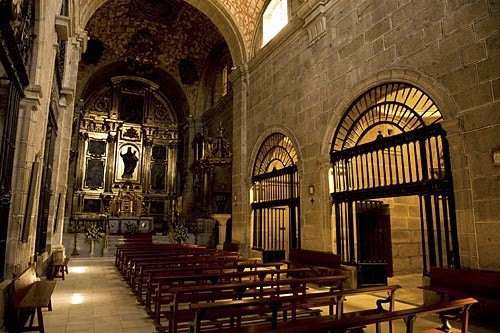 Denis Doyle
Museo Teresiano in Ávila
After visiting the convent where Santa Teresa took her vows in 1535 and another that she founded in her later years, this small museum on the site of her childhood home is the best place to learn about her life and enduring legacy. The museum's hagiography only serves to make the flesh-and-blood woman all the more tangible. 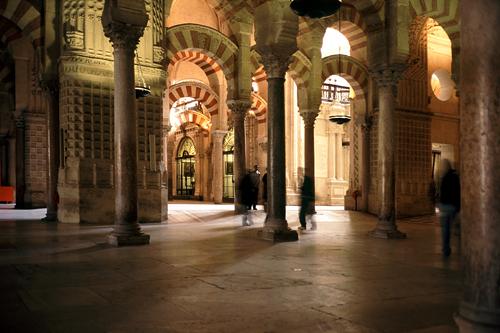 Pictura/Dreamstime.com
La Mezquita in Córdoba
No church in Spain can compete with Córdoba's mosque for simple grandeur and unadorned spirit. Even the incongruous Christian cathedral crudely crammed inside could not still the echoes of 500 years of Islamic prayer. 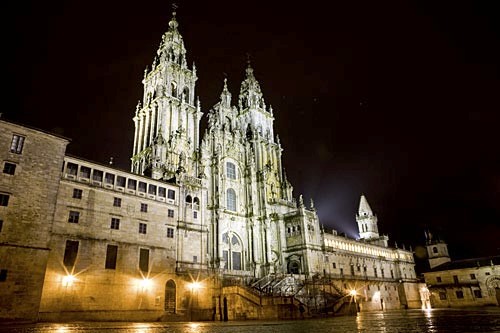 Markel Redondo
Catedral de Santiago de Compostela
It's impossible not to be moved by the joy, relief, and devotion of the faithful who complete their pilgrimage by embracing a statue of Santiago behind the altar. The sheer artistry of the Romanesque interior is a just reward for the arduous journey to one of Europe's most famous pilgrimage sites, once declared the equal of Rome and Jerusalem by the Pope. 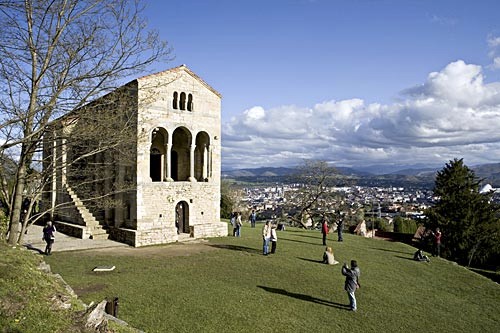 Photo Caption: Before it was a church, Santa María del Naranco was the hunting lodge of Ramiro I.
advertisement 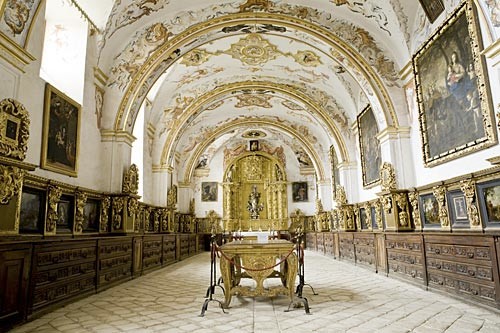 Markel Redondo
Monasterios de Yuso y Suso
These two remote monasteries trace the history of religious life and architecture from the Visigothic foundations of Suso through the striking 16th-century church at Yuso. Not only can you see the first written examples of the Castilian and Basque languages, you can also purchase a bottle of Rioja wine made by Yuso's small monastic community.

Photo Caption: The library at the Monasterio de Yuso houses over 300 documents dating from the 11th to the 15th centuries. 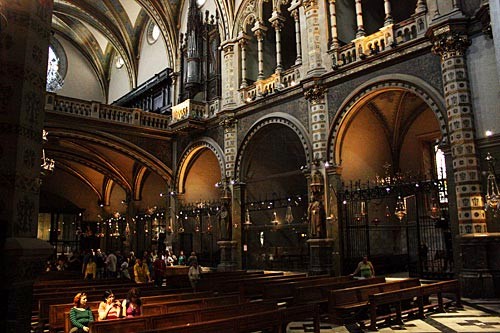 Sergi Camara
Basilica de Montserrat
This church located halfway up one of the most surreal massifs in Spain is also one of the holiest sites in the country. The large complex with a monastery and hotel is constructed around a 12th-century image of the Black Virgin, making it a virtual city of prayer. The train from Barcelona connects to the cable car station.

Photo Caption: The Basilica de Montserrat is a pilgrimage site for thousands every year.
Arts and Culture
Local Experiences