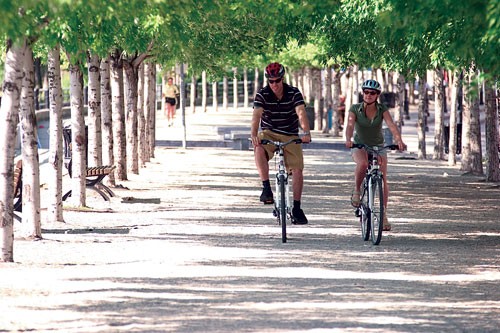 How to See Montreal on Two Wheels

By Andrea Kahn
A city with a reputation for its winters is looking more and more like a hot travel destination, and it's not just about poutine and the Jazz Festival. Montréal has taken a number of smart steps to make its streets inviting to cyclists, providing yet another reason to visit this friendly, vibrant, and incredibly green city. 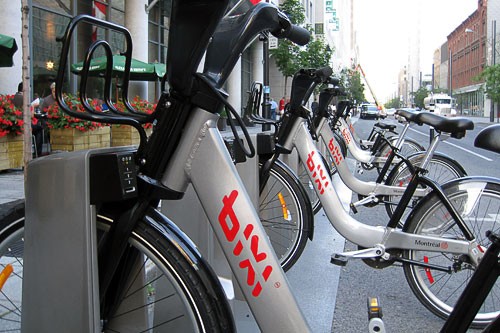 Tourisme Montréal
Easy Bike Rentals
Launched in 2009, Montréal's immensely popular public bike-share program offers cheap self-service bike rentals seven months out of the year (May 1-November 30). Check out bikes from any of the city's 300 solar-powered stations and to return them to any station. If you're planning on biking frequently for short periods of time, this is your easiest and most cost-effective option; those who wish to rent by the day should look elsewhere. For more information and fees, visit https://montreal.bixi.com/en. 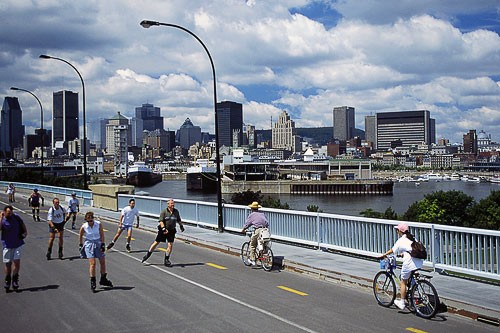 Tourisme Montréal
Alteration of Major Roadways
The explosion of cycling in Montréal—thanks to programs such as BIXI—has forced the city to take steps to accommodate its two-wheeled travelers. The city boasts more than 450km (280 miles) of bike lanes. Dedicated paths on major throughways such as Rue Rachel and Boulevard de Maisonneuve allow cyclists to move more safely alongside cars, and curb bulges are gradually being constructed at intersections to force cars to slow down and make room for bikes. Organizations like the nonprofit Vélo Québec are working to improve the safety of existing lanes and to create new ones. 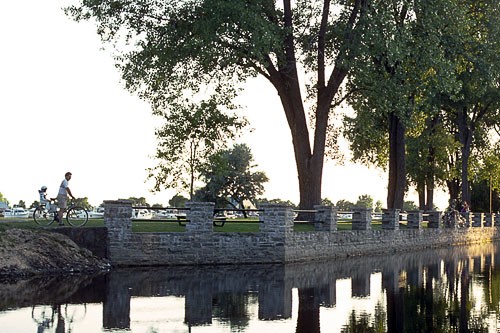 Pierre St-Jacques/Canadian Tourism Commission
Bike Paths in Former Industrial Areas
Built in the early 1800s to bypass the treacherous Lachine Rapids on the St. Lawrence River, the Lachine Canal played a crucial role in Montréal's industrialization. Now, this historic area is the site of a 14.5km (9-mile) bike path connecting Montréal's Old Port and Lake Saint-Louis. The path traverses mostly flat terrain and is maintained by the park service from April through October. Closed to major shipping traffic since the construction of the St. Lawrence Seaway in 1970, the canal itself is now the playground of pleasure boaters, and what were once factories have been converted into condominiums. Located just a few blocks from Canal Lachine, ÇaRoule/Montréal on Wheels, 27 rue de la Commune est (tel. 514/866-0633; www.caroulemontreal.com/en/) offers bike rentals from March through November; visit their website for rates.

Photo Caption: Bike path along the Lachine Canal in Montreal. 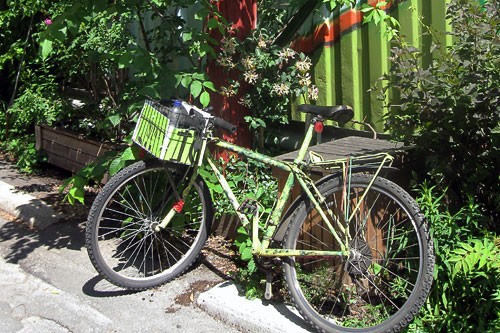 Andrea Kahn
Green Alleyways
Maintained by the Éco-Quartier Plateau Mont-Royal (the local environmental office) and the occupants of the adjacent houses, the ruelles vertes (green alleyways) of Montréal's hip Plateau district are greenified, often car-free alleys that are open to the public. Whether you're on a bike or on foot, these alleyways will provide you with a chance to see another side of the city. 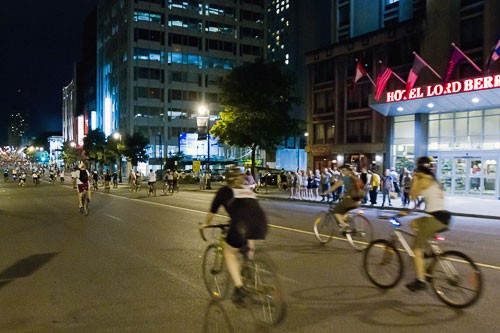 Didier Bertrand
Citywide Biking Events
This city of festivals knows that the best way to generate excitement about a particular pastime is by creating a community event revolving around it. For the past twelve years, cyclists from as far afield as Virginia and New York have flocked to Montréal for the annual Montréal Bike Fest, a weeklong celebration of cycling through events such as the nocturnal Tour la Nuit and the ambitious 50km Tour de l'Île. Sponsored by Vélo Québec, the festival strives to foster local enthusiasm about biking as well as to attract tourists to the city. For more information, or to register for next year's Bike Fest, visit www.veloquebec.info/feria/en/.
Outdoor & Adventure
Single
Student