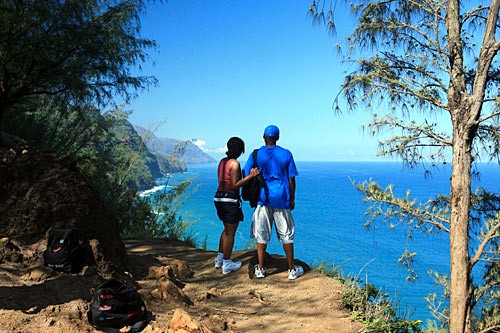 By
How to See Hawaii by Foot
Hiking in Hawaii is a breathtaking experience. The islands have hundreds of miles of trails, many of which reward you with a hidden beach, a private waterfall, an Eden-like valley, or simply an unforgettable view. These coastal trails bring you closer to the islands' beauty than any road trip or beach-side resort can match. Put on your hiking boots and you'll discover a new view of paradise.

Photo Caption: If you want to explore isolated Na Pali Coast State Park you'll either have to hike it or fly over it on a helicopter. 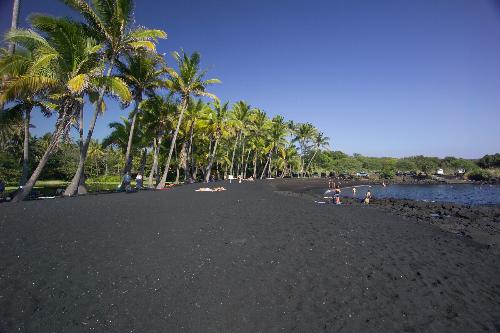 The hike starts out on a popular black-sand beach, passes World War II gun emplacements and a Hawaiian heiau, travels for a quarter of a mile on smooth cobble set in place by ancient Hawaiian hands, follows a jeep trail for a bit through dwarf kiawe trees, and ends up at a secluded point with dramatic views. 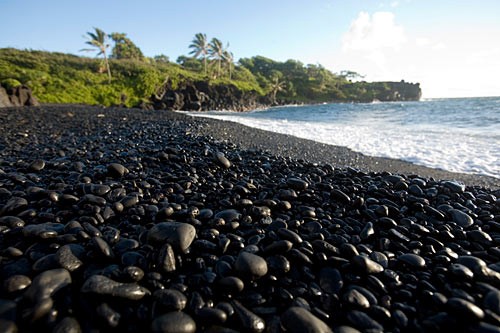 Photo Caption: Waianapanapa State Park's stunning and remote black-sand beach is just a 6-mile hike from the town of Hana. 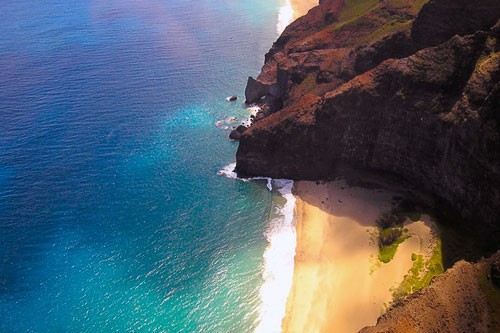 Stand on the sweeping dunes of this vast, expansive beach, looking out into the wild surf, and you'll think you've been transported in time. You'll see miles of golden sand and rugged dunes-and no crowds. The isolated beach, in the shadows of the Na Pali cliffs, stretches for 17 miles, and is the state's longest and one of its most serene and picturesque. According to ancient Hawaiian mythology, Polihale was the gateway to the afterworld.

Photo Caption: A view of a beach on the Na Pali coast, Kauai. Photo by timewing/Frommers.com Community.
advertisement 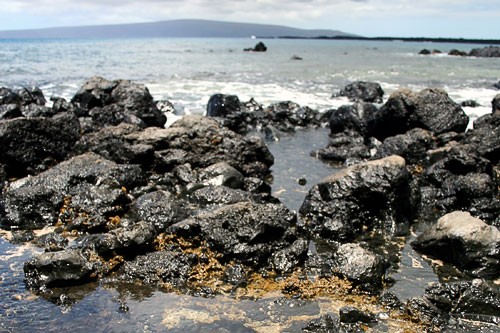 This is an enchanting walk through recent lava fields along the southern coastline, with picturesque coves, secluded beaches, and high surf. Along the way, you'll see remnants of old Hawaiian foundations and heiau (religious sites), and have views of the inland foothills of Haleakala and the Pacific Ocean. 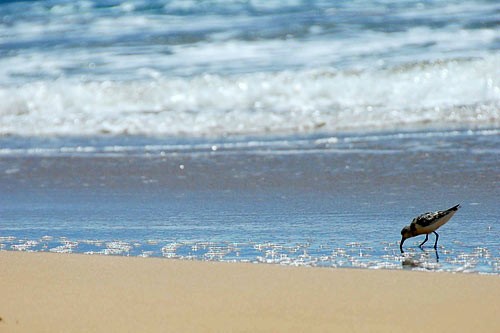 Rugged sea cliffs, secluded coves, dunes, tide-pools, sculpted lava formations, native plants, and petroglyphs are found along this an-cient coastal route. The beach was also site of a legendary battle during the 1300s, has prime whale-watching in the winter, and is a favorite hangout for endangered monk seals.