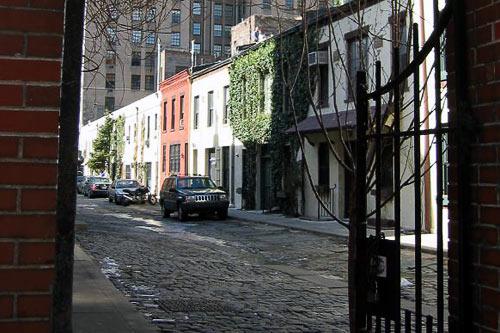 By
Travel Back in Time
By Jacquelin Carnegie

Modern skyscrapers are not all New York City has to offer. There are several streets that give you a glimpse into the city's fascinating past. Get a history lesson while you're out for a stroll.

Nearly all these streets have historic landmark designation. Some are now considered private and are gated, while others are open to explore. 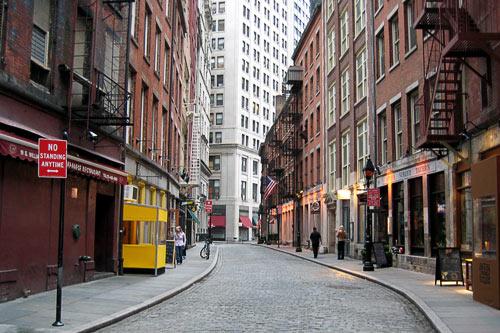 wallyg
Downtown
South William Street, along with Mill Lane, Stone Street, Coenties Alley, Hanover Square, and Pearl Street were all dirt lanes in the original Dutch settlement of the early 1600s. Wall Street marked the end of town. The streets still exist but, sadly, the original Dutch buildings were destroyed in the Great Fire of 1835.

Today, several historical markers in the neighborhood and a downloadable map make it easy to do a self-guided, walking tour.

Or, let a knowledgeable guide from the South Street Seaport Museum (12 Fulton St.; tel. 212/748-8600; southstreetseaportmuseum.org) lead you through New Amsterdam.

Back in the 1640s, Stone Street was New Amsterdam's main drag called Hoogh Straet (High Street), the first cobblestone-paved street in the city. Then, it was a block from the water's edge at Pearl Street.

New Amsterdam had a remarkable number of taverns and that tradition is alive and well on Stone Street. In nice weather (April–Nov.), it resembles an outdoor beer garden with communal picnic tables in the street. 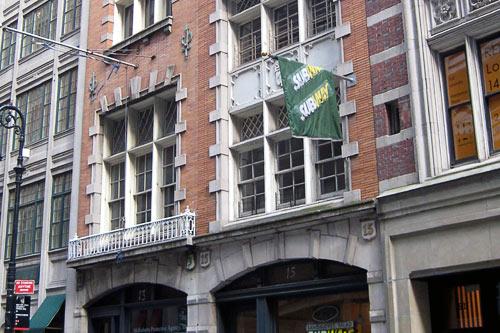 What you see today on South William Street, once Slyck Steegh (muddy lane), is a mix of commercial buildings from the1830s and picturesque structures built in the early 1900s by prominent architects. Get out the camera for No. 13–15, neo-Dutch Renaissance style buildings with stepped gables and distinctive metalwork, designed by architect C.P.H. Gilbert, and No. 9–11, a neo-Gothic building by William Neil Smith, now The Wall Street Inn (www.thewallstreetinn.com). 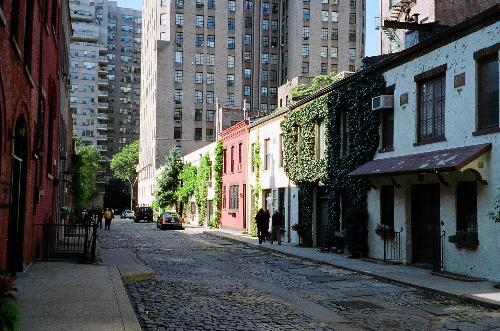 edenpictures
Greenwich Village
By the early 1800s, the city had expanded northward and Washington Square was the new, chic address.

Around the 1830s, wealthy folks built townhouses along Washington Square North. The stables were in the back alley. In the early 1900s, the two-story carriage houses were converted into artists' studios, resulting in this pretty place. Now they're mostly owned by New York University. Although the street is gated, you can enter during the day and also attend public events at these houses in the Mews: 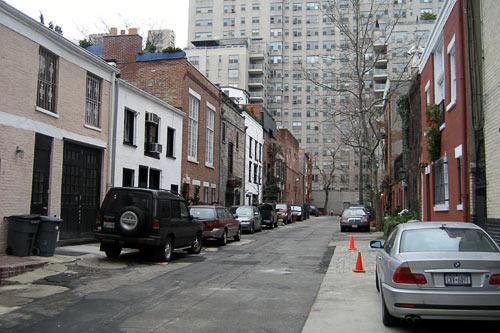 The houses in MacDougal Alley, like those in the Washington Mews, date from the 1830s and were once stables for the homes on Washington Square North. By the early 1900s, with the advent of the automobile, the stables were turned into artists' studios. Some notables: artist Jackson Pollock (No. 9), art collector Gertrude Vanderbilt Whitney (No. 17), Japanese sculptor Isamu Noguchi (No. 33), and sculptor Daniel Chester French (No. 11). Today, it's gated, but you can still get a good view of this hidden alley. 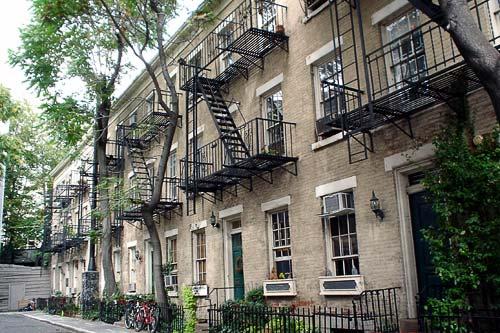 This charming cul-de-sac has 10 pretty, brick, row houses, built in the 1840s by land surveyor Aaron Patchin. In the early 1900s, artists and writers gravitated to this lovely spot. Some notables: writers O. Henry and Theodore Dreiser, journalist John Reed, and poet E.E. Cummings. There's a wrought-iron gate, but it's open on the side and you can walk in and pretend you live in one of the appealing, little houses.

Around the corner, on 6th Ave., north of 10th St., there's Milligan Place created in the 1850s by Patchin's father-in-law, Samuel Milligan. But it's behind a tall, cast-iron gate and all you can really see is a pleasant, little fountain. 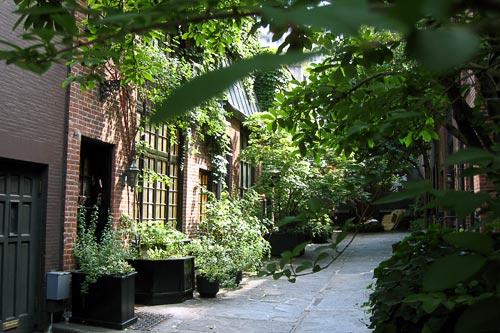 In the 1860s, these 10 brick carriage houses were put up for families living in the newly-fashionable Murray Hill district. In the 1920s, they were converted to townhouses. The flagstone paving, pretty plantings and Romanesque Revival-style buildings make this one of New York City's enchanting yet unknown corners. It's gated now, but you can still peek into this picturesque place. On the far wall, there are two white horsemen made by the sculptor Malvina Hoffman, who lived here for over 40 years.