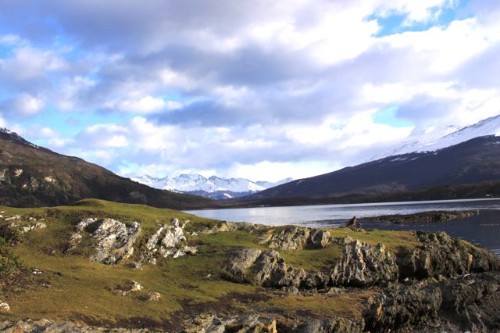 By Frommer's Staff
South America presents so many diverse travel options that it'll make your head spin. So may we suggest you leave the cities behind, grab a bit of gear, and settle down on an island? We'll tell you how to find your own private corner of Brazil, Chile, Argentina, and more -- just read on. 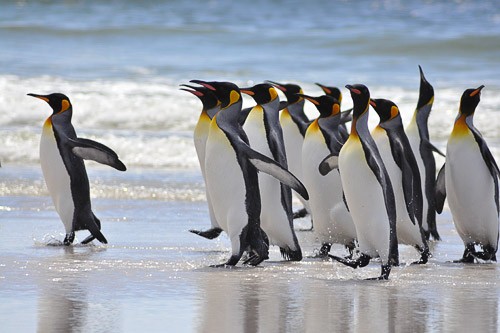 Frommers.com Community
Falkland Islands
Say "Falkland Islands" and most folks immediately flash to 1982, when Argentina launched a quixotic invasion of this virtually unknown British possession, 483km (300 miles) off Argentina's Atlantic coast. The spectacle of Great Britain flexing its military power to protect such a distant and seemingly insignificant bit of territory provided an irresistible target for late-night TV comedians for months. 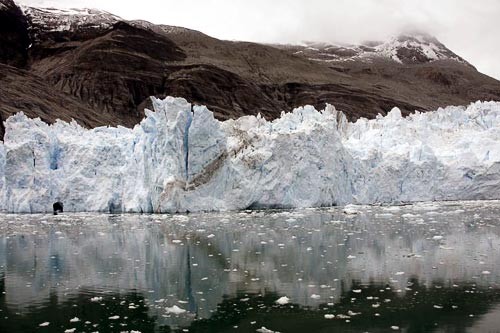 Gentileza TurismoChile
Isla Grande de Tierra del Fuego
Several centuries ago, the only inhabitants of the southern extremity of South America were the native Yahgan Indians. To survive in the inhospitable climate of this land, the Yahgans made ample use of fire. The campfires continuously burning here were so numerous and so bright that when the first Europeans to explore the region saw them from the sea, they called the whole place Tierra del Fuego ("Land of Fire"). Today, the name Tierra del Fuego applies to the group of islands that make up the southern tips of both Argentina and Chile. Isla Grande -- as its name suggests -- is the largest landmass in the archipelago, with territories belonging to both those countries. 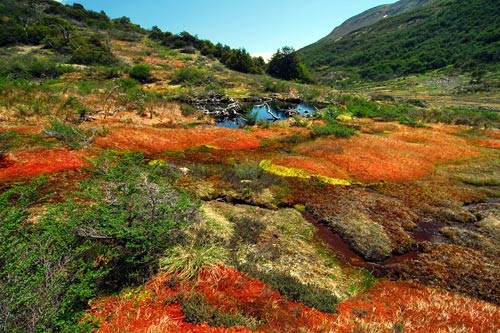 Tavitopai/Dreamstime.com
Isla Navarino
It is a certain kind of traveler who seeks out a place like Isla Navarino. Remote and sparsely populated, it has plenty to recommend it: dramatic landscapes, thrilling sea passages, and, in Puerto Williams, a self-declared southernmost town in the world. Isla Navarino lies at the tail end of Chilean Patagonia. It's just north of Cape Horn, the southernmost point of South America and the place where the Atlantic and Pacific oceans spectacularly meet. 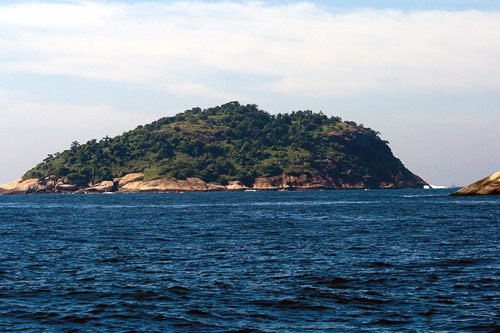 Renata Barros
Cagarras Islands
Rio de Janeiro may be best known to travelers for its wild beach life and unhinged party scene, but for outdoor enthusiasts, one of Rio's top insider secrets is the little, uninhabited archipelago lying just 5km (3 miles) off legendary Ipanema Beach. The Cagarras Islands (Ilhas Cagarras in Portuguese) are a wildlife refuge for sea gulls and other marine birds, and you can frequently spot -- or swim among -- dolphins in the waters offshore.

Photo Caption: One of the Cagarras islands. Photo by Renata Barros/Flickr.com. 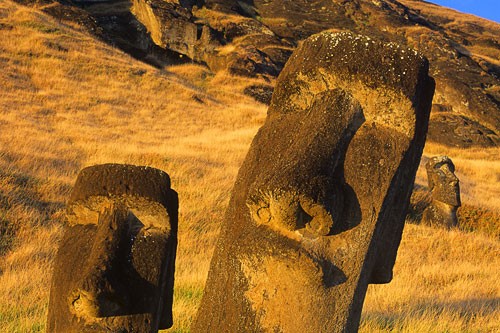 Frommers.com Community
Easter Island
Though it may be the most remote inhabited place on earth -- 4,000km (2,485 miles) off the coast of Chile -- Easter Island lives on tourism. And just about every visitor comes here to see the same thing: an enigmatic horde of some 600 immense stone figures hewn from dark volcanic tufa rock. 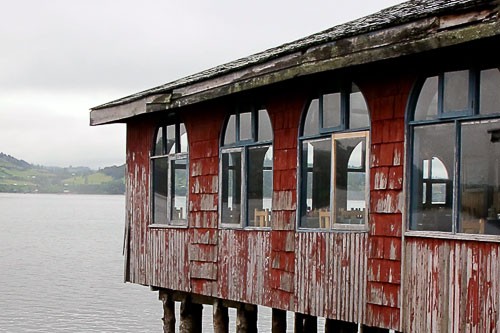 Frommers.com Community
Chiloe
For centuries Chiloé, the largest island in the Chiloé archipelago, between 42 and 46 degrees south latitude off Chile's coast, has been a place of wonder. Its rolling green hills are shrouded with mist, giving the island a mystical air. It's divided by two peaks of coastal range and each offers its own delights; the west is dominated by beaches stretching for miles, otherworldly dunes, and temperate rainforests. Much of this area is protected as part of a national park, so its beauty is untouched. The east is dominated by pastureland, punctuated by several natural harbors and a number of smaller islands. 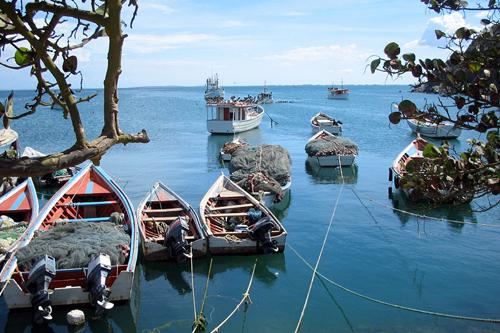 BionicWushuWoman/istockphoto.com
Isla de Margarita
If you're looking for a slightly raffish Caribbean island that's a little off the beaten path, but with plenty of shopping, nightlife, and restaurant options -- and decidedly un-Caribbean-like prices -- it's hard to beat Isla de Margarita, 40km (25 miles) off Venezuela's northeastern coast. It's got all the physical attributes of the quintessential Caribbean island: gorgeous beaches, warm breezes, and turquoise seas. Strands of sugary sand are fringed in green, with volcanic hills rising up in the tropical haze. Best of all, it exudes an earthy, laid-back charm that's a refreshing break from the cool, ultraluxe homogeneity that has pervaded the hospitality business of late.

Photo Caption: Playa Valdez is a fishing port at Porlamar on the southeastern coast of Isla de Margarita, Venezuela
advertisement 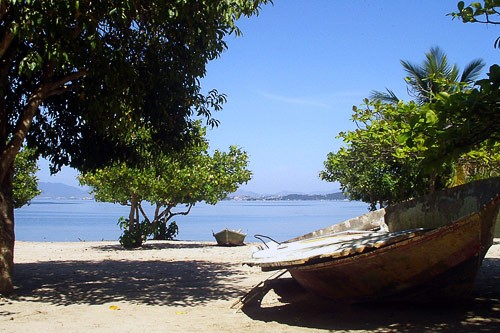 herval
Paqueta
Join the boatloads of cariocas (cityfolk) who live and work in Rio de Janeiro for a relaxing day trip to Paquetá. You won't hear car horns blaring on this 1-sq.-km island -- cars are not allowed -- but you will get a taste of 19th-century Brazil. Paquetá has changed little from its days as a pleasant retreat for the Portuguese aristocracy. The streets are filled not with the exhaust of car engines but the melodious clip-clop of horse-drawn carriages and parades of cyclists. Charming colonial buildings and historic homes are framed in cascades of bougainvillea. The island, once a plantation breadbasket for Rio, is lush with royal palm and coconut trees, breadfruit and mango groves, and the African tree baobab, an import known here as Maria Gorda (Fat Mary).

Photo Caption: Boats along the coast of Paquetá. Photo by herval/Flickr.com. 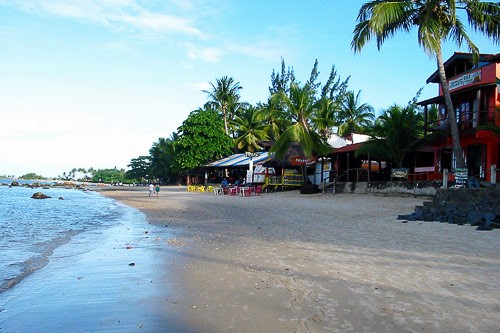 Jesus Abizanda
Tinhare
No wonder so many honeymooners choose this tropical island as their getaway; it's as remote as you can get. Morro de São Paulo boasts four beaches facing the open sea, with turquoise waters, natural swimming pools, and coral reefs. Inland, you'll find lush vegetation along with exotic birds and monkeys. There are no cars and few street lights on the island. Once you land you'll be greeted by locals offering to take your bags by wheelbarrow up the steep uphill trail from the docks to the main village. On the winding path, you'll see small stores selling native wares, along with little restaurants and bars. After you are settled in your pousada (inn), you can get around like the natives do: by horse, donkey, tractor, or foot. 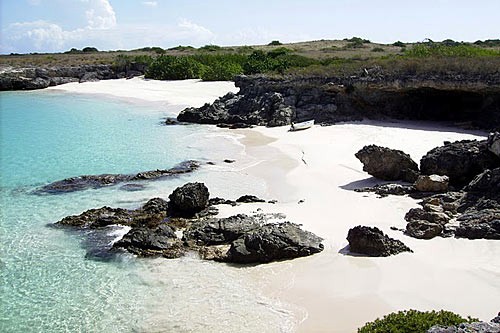 Cabeto6
La Blanquilla
A fan-shaped island built of limestone and sand, 186-sq.-km (72-sq.-mile) La Blanquilla is a dream destination for wannabe castaways. With milky-white beaches and glassy tide pools, it's a favorite anchorage for certain discriminating Caribbean cruisers. Yet this "white island" -- so named for its shimmering alabaster beaches -- is one of Venezuela's most unspoiled federal dependencies (offshore islands) in the western Caribbean Sea. Other than those occasional tour groups on desert-island adventures, no one comes here but the Guardia Costera (Coast Guard) and day-tripping fishermen. 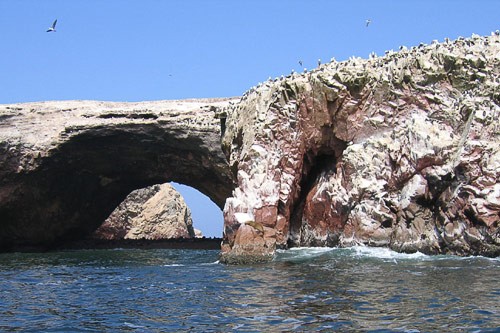 Ray_from_LA
Islas Ballestas
Red rock arches spanning a cobalt sea, cliffs riddled with caves and crevices -- the capriciously formed Islas Ballestas are a haven for marine life that almost seems like a man-made playground. Humboldt penguins, Inca terns, boobies, cormorants, and flamingos can all be seen hopping about this group of three small rocky Pacific islands just west of the Peruvian coast, and the undersea wildlife is equally rich. 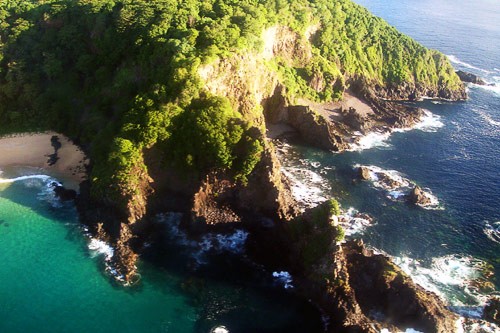 Frommers.com Community
Fernando de Noronha
"Here is paradise," wrote explorer Amerigo Vespucci upon his arrival on the island in 1504. The largest of 21 islands on the Brazilian archipelago of the same name, Fernando de Noronha is one place that lives up to its billing. It has some of Brazil's most beautiful beaches, diamond-clear waters bathed by warm African currents, and an undersea world populated with healthy numbers of large pelagics, billfish, sea turtles, and especially its large population of resident dolphins -- spinner dolphins, to be exact, so named for the exuberant spin they do as they leap out of the water. The tidal pools and lagoons of the Baía dos Golfinhos are transformed at low tide into a natural aquarium, where some 600 spinner dolphins live and breed. No wonder Fernando de Noronha was awarded World Heritage Site status in 2002 as an "oasis of marine life." 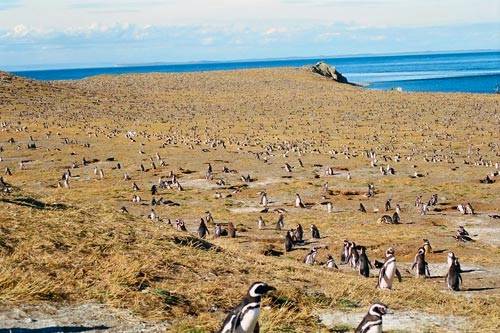 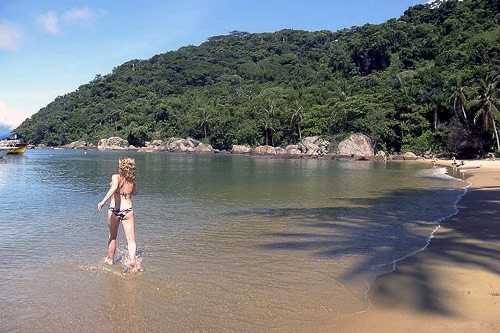 Frommers.com Community
Ilha Grande
Even the most die-hard hedonists are bound to crave refuge from Rio de Janeiro's constant partying, so why not trade the urban jungle for a real one? The nature reserve of Ilha Grande ("Big Island") lies an easy half-day's journey from downtown and offers fantastic upcountry hikes, gorgeous beaches, and practically zero commercialism. If you're looking to score Brazilian ecotourism insider points, look no further than Ilha Grande. 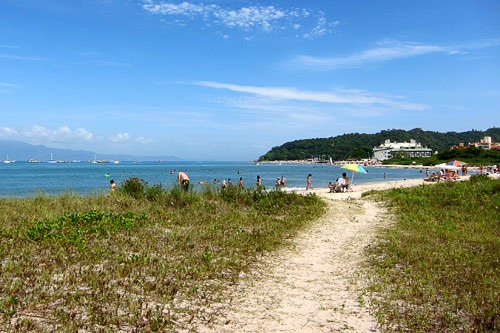 Frommers.com Community
Ilha de Santa Catarina
If you're looking for the hottest beach scene on the planet these days, you may want to bypass Miami, San Juan, and Ibiza and head straight to Brazil. Santa Catarina Island (Ilha de Santa Catarina), aka the island of Florianópolis, has become one of the most popular destinations in Brazil, with miles and miles of gorgeous beaches offering world-class surfing.