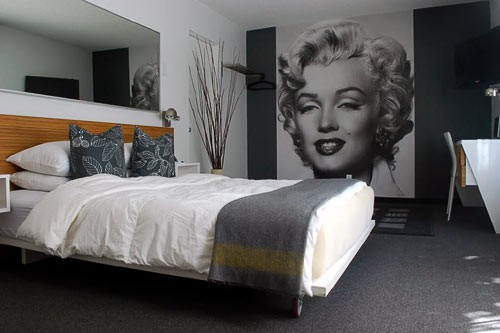 By
Classic Beds
By Kristine Hansen

A hotel decked out in a vintage, chic vibe is perfect for travelers who either relish film and TV icons from the 1940s through the '70s or have a special affection for architectural preservation. Whether it's a hotel that's been immaculately restored back to its splendor or a new hotel borrowing from decorations in decades past, a little journey back in time is just one perk at these nine properties.

Photo Caption: Room at the Jupiter Hotel in Portland, OR 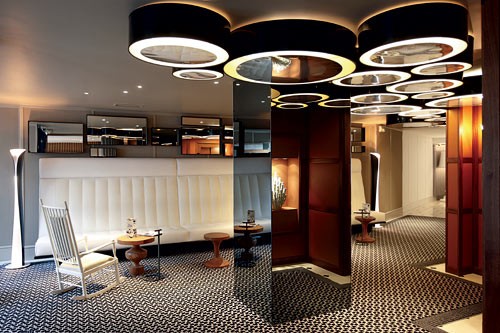 Hotel Jules -- fully refurbished in 2009 with a mix of 1950s, '60s and '70s décor -- has one of the city's more enviable locations, just around the corner from the historic Galeries Lafayette department store. The hotel gets you deep into design with rich, amber-colored woodwork and saucer-shaped overhead lighting in the lobby and at check-in. The 101 rooms come to life with shades of chocolate brown and cream and, underfoot on a plush rug, bold zebra motifs. 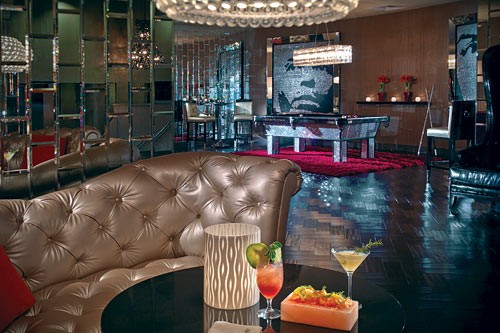 Reintroduced in late 2008 following a $70-million rejuvenation, the 406-room Riviera in tony Palm Springs -- which is already a central spot for vintage design -- unveiled a look that pays homage to its 1960s past through its updated Hollywood Regency décor. The resort first opened in 1959 and quickly provided relief from frenetic the L.A. lifestyle for celebs such as Elvis Presley. Today you can chill by an outdoor fire pit or indulge yourself in the 12,000-square-foot spa. Contemporary retro-inspired chairs line the pool at Bikini Bar where, with 50 rums and tequilas on the menu, it should be no problem to order up a classic cocktail. 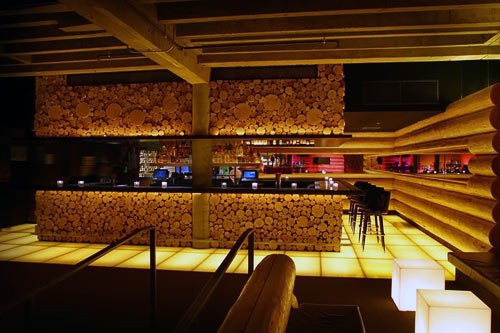 Tucked into the hip Lower Burnside neighborhood, just a stone's throw across the river from the landmark Powell Books, the 80-room Jupiter Hotel has the looks of a pristine 1950s roadside motel, despite opening in 2004. You can chill in a sharp red-leather booth in the wood paneled Doug Fir Lounge, where the cooks whip up banana-hazelnut pancakes each morning and at night you can sip a Cowboy Coffee cocktail with your bourbon-marinated steak. 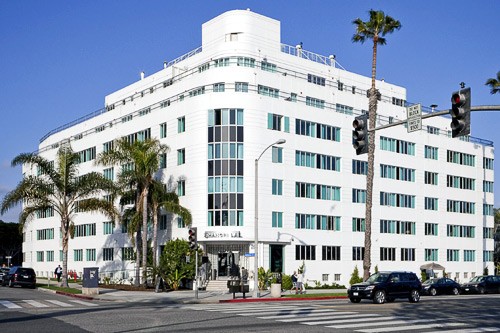 An iconic landmark along Santa Monica's Ocean Avenue for years, two summers ago the 71-room Shangri-La wrapped up a $30-million renovation that practically breathes Art Deco. Initially built in 1939, it's where 1980s cult favorites Sean Penn and Madonna hosted dates for one another, and also where many silver screen deals went down over expense account lunches. Black, silver, white and rich brown is the extent of the color palate in this hotel but it truly works, letting the ocean a block away become a bright spot of blue through the many windows. Poolside furnishings consist of chaises covered in black and white stripes. 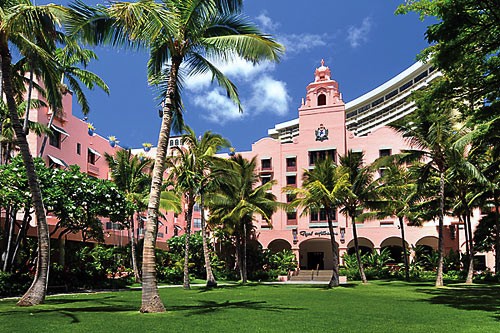 Restorations completed in 2009 restored the bright pink Royal Hawaiian to its 1920s glamour and added modern amenities were added to the 528 guest rooms and the public spaces -- like the brand-new Abhasa Waikiki Spa, which includes a private garden and island-inspired treatments. Pink-and-white striped chairs on the private beach provide one of the best spots for relaxin on Waikiki Beach, and at night guests can dine at Azure or Surf Lanai restaurants and sip cocktails at the Mai Tai bar. Originally built in 1927, the hotel's pink exterior has been featured in many travelers' snapshots of the beach. If you recognize the hotel, it might be because you've seen Punch Drunk Love, where much of the movie was filmed. 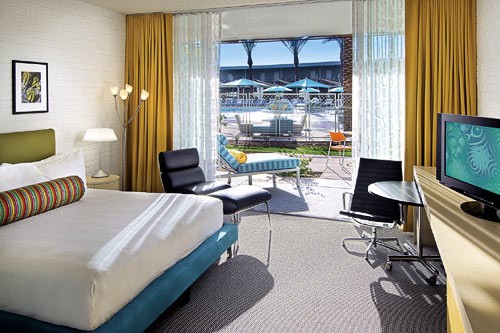 In late 2005, the 194-room Hotel Valley Ho reopened (it first opened in 1956) with a spa, pool and two restaurants, as well as a pool-side bar with cabanas -- all in mid-century modern design. This is where movie stars like Robert Wagner and Natalie Wood used to hang out during the 1950s and '60s; you can try to live like a star by booking a massage, lounging poolside, or making a Tiki drink in your room (all of the supplies are provided, including Trader Vic's glasses). Why stay in the room, though: Happy hour in Trader Vic's features 1950s prices. 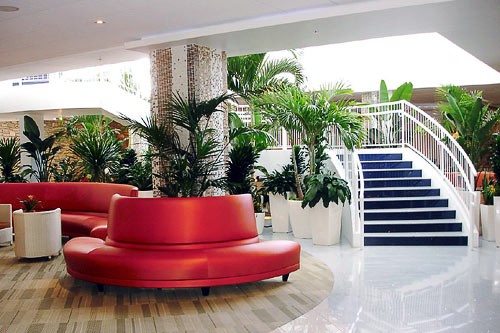 Located on San Antonio's bustling Riverwalk, El Tropicano evokes both of vintage Acapulco and 1960s Americana. It was called El Tropicano Motor Hotel when it opened in 1962, and after an extensive renovations completed in 2007, visitors can enjoy modern perks like the ability order an espresso in the lobby or sign up for a class in the yoga room. Yet the vintage vibe that once welcomed stars Rock Hudson, Tony Bennett, and Dolly Parton is still right on. Case in point: the Tiki bar (with live music some evenings) and tilework imported from Mexico. 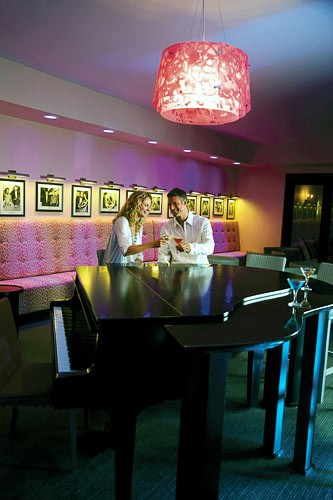 Tower Isle's $30-million renovation unveiled during the spring of 2009 helps to illustrate the all-inclusive resort's history as a hip 1950s hangout that once attracted Hollywood celebs like Walt Disney. But Disney didn't get to explore the hotel's new spa and Buddha pool -- offering deliveries of fresh-squeezed juices and raw-food cuisine. Throughout the 19-acre property are other little touches that are vintage to the core, such as a piano bar with bubble-gum pink walls; furnishings that feature aqua blue, tangerine, black or white; and avocado-green cushions on pool-side chaises. 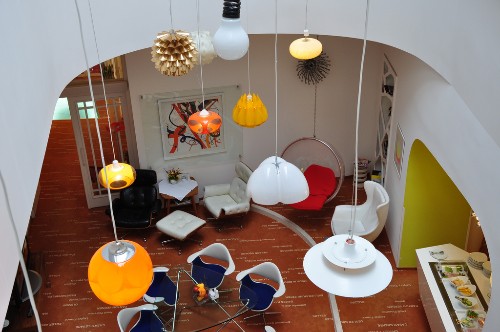 Completely done up in mid-century style, this 22-room hotel is a mix of pop art, polka dots and bright colors -- and totally inspired by the 1960s. For instance, orange furniture is arranged in the suite-class room and paired with black-and-white checkered wallpaper, funky pendant lighting fixtures hanging overhead. Chow down in the on-site restaurant -- which sports a sunny décor of greens, yellows, oranges and whites, complete with patterned wallpaper -- by sitting down for 5 o'clock tea featuring homemade cakes.