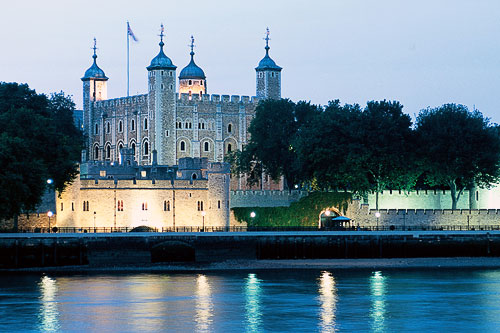 The Royal River: Life Along the Thames

By
Floating Monarchy
By Ron Emmons

What the River Thames lacks in length, it makes up for in history and pageantry. From its source in a field in Gloucestershire, England, its eastward journey takes it less than 200 miles to the North Sea, passing through such venerable towns and cities as Oxford, Windsor, Henley, and London. Along its banks are some of the British monarchy's best-known abodes, and summer events on its waters bring further reminders of the river's royal connections.

Photo Caption: Evening view of the Tower of London, seen from across the River Thames. 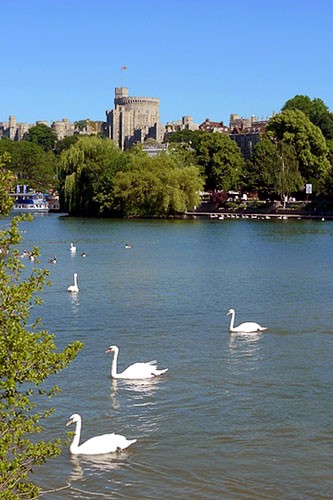 Ron Emmons
Windsor Castle
William the Conqueror instigated construction of this iconic building in 1070, and today Queen Elizabeth II's principal home receives thousands of visitors daily from around the globe. It sits on a low hill beside the winding shore that gives Windsor its name, and the swans that glide across the River Thames are another icon of this regal waterway.
advertisement 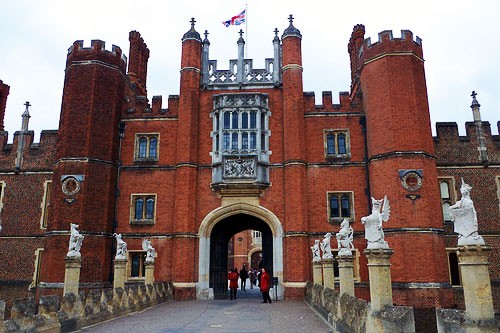 Ron Emmons
Hampton Court Palace
Also located by a long bend in the river, Hampton Court Palace dates back to the early 16th century and was home to many kings and queens, most infamously Henry VIII (several of whose wives perished here). Visitors enter by the great gatehouse and guides in period costume lead regular tours of some of the hundreds of rooms laden with art and lavish furnishings. If you go to see the palace, don't miss the Privy Garden and the amazing maze. 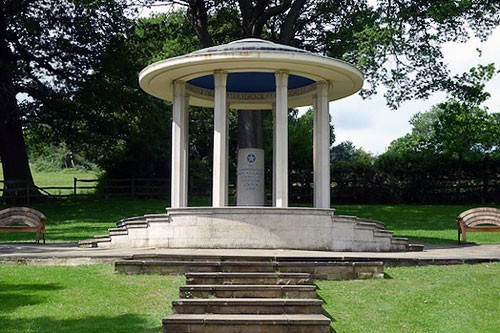 Ron Emmons
Magna Carta Memorial
The Magna Carta Memorial at Runnymede, erected by the American Bar Association, is a simple structure set in a meadow beside the River Thames. It commemorates the signing of the Magna Carta in 1215, which limited the power of royalty. Many see the document as the birth of democracy, since it insists that all men are equal before the law.
advertisement 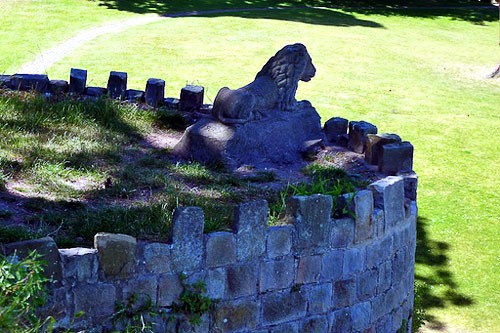 Ron Emmons
Wallingford Castle
Though now just a small market town, Wallingford was once the site of a huge castle, built by William the Conqueror in the 11th century. It was the last stronghold of the monarchy during the Civil War (1642-1651) before royalist troops surrendered to Parliamentarian forces led by Oliver Cromwell. Crowmell ordered the destruction of the castle in 1652 and now all that remains are a few walls and battlements surrounded by tranquil gardens. 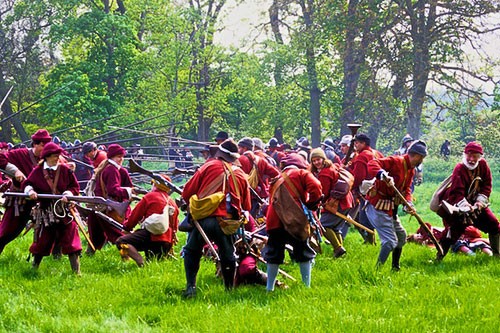 Ron Emmons
Civil War Re-enactments
Every summer history buffs get together in locations all over England (in this case at Mapledurham House beside the River Thames) to re-enact scenes from the country's 17th-century civil war. All participants pay amazing attention to detail, and there isn't a digital camera or mobile phone in sight as they scrap it out with lances and rifle butts.
advertisement 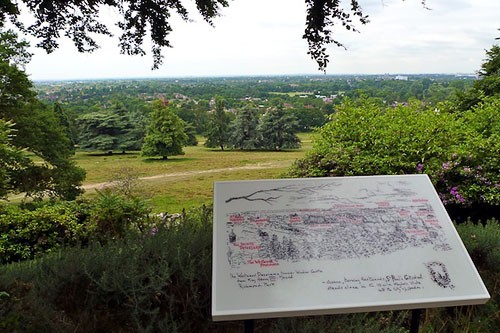 Ron Emmons
Richmond Park
Covering almost ten square kilometres on the western fringe of London, Richmond Park has been a favoured retreat of royalty ever since Charles I moved here in 1625 to escape the plague in Central London. A plaque details the view westwards across the Thames from Henry VIII's Mound on Richmond Hill, where the following poem is also inscribed: Heavens! What a goodly prospect spreads around, Of hills and dales and woods and lawns and spires And glittering towns and gilded streams Till all the stretching landskip into smoke decays. 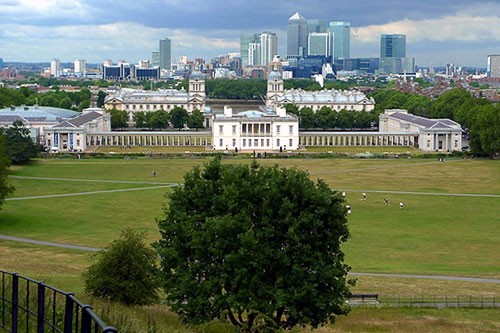 Ron Emmons
The Queen's House, Greenwich
Built in the early 17th century by Inigo Jones for Anne of Denmark (who was wife of King James I), the Queen's House was the first example of Palladian architecture in England and would have seemed a sharp break with tradition at the time. Seen here from the Old Royal Observatory on Greenwich Hill, it stands between Greenwich Park and the Old Royal Naval College. Behind the naval college is the River Thames, and beyond that are the towering skyscrapers of Canary Wharf.
advertisement 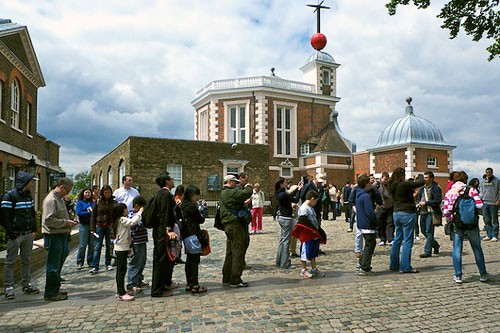 Ron Emmons
The Old Royal Observatory, Greenwich
Commissioned in 1675 by Charles II, the Royal Observatory was set up to discover an accurate method of determining longitude. This would improve navigation and help to maintain British domination over the world's oceans. In 1884, Greenwich was chosen as the world's Prime Meridian, and these days hundreds of visitors from all over the world crowd into the courtyard of the observatory (now a museum) to stand with a foot in each hemisphere. 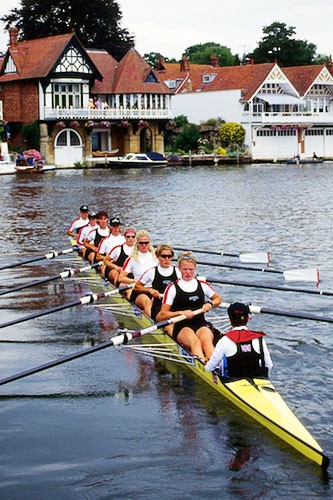 Ron Emmons
Henley Royal Regatta
Since the mid-19th century, the annual rowing regatta at Henley-on-Thames has been under royal auspices, and every July the normally quiet town bustles with rowers and socialites. This is a time when the English aristocracy turn up in force on the river's banks to host picnics that feature caviar and champagne, as well as strawberries and cream.
advertisement 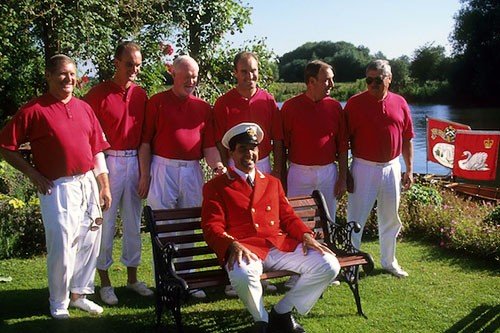 Ron Emmons
Swan Upping
This quirky ceremony has taken place each July for about 700 years. It involves the Queen's swan markers (shown here), as well as those from the Vintners' and Dyers' livery companies, rowing skiffs upriver for five days and tagging all newborn cygnets to indicate ownership. Once held to discourage poaching, the ceremony now acts as a useful indicator of the health of the species, besides providing a colorful pageant.
Arts and Culture
Family & Kids
Outdoor & Adventure
Student