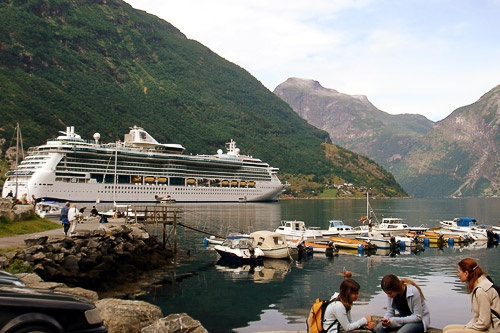 By
The Right Route
The mark of a really great cruise is that, no matter how great the ship, you still want to get off as much as possible -- to see, to explore, to experience. That's where cruising becomes travel in the most classic sense, and the sea becomes a medium connecting the world's people, places, and cultures. Around the globe, certain regions are blessed with a combination of natural beauty, cultural richness, biological diversity, navigable accessibility, and pure magic that make them truly iconic destinations for sea travel.


Photo Caption: Summer cruise to Geirangerfjord on Jewel of the Seas. Photo by Angl/Frommers.com Community. 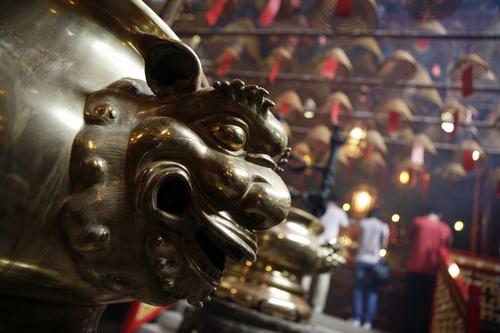 Timothy O'Rourke
Southeast Asia
Southeast Asia includes the roughly dozen countries and territories located east of India and north/south between China and Australia. The most iconic itineraries run between Hong Kong and Singapore, making calls in Vietnam, Cambodia, and Thailand. 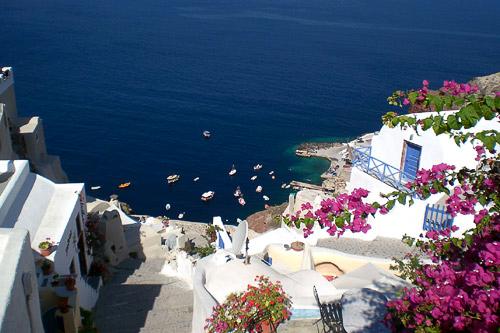 Frommers.com Community
The Greek Isles
Greece is practically tailor-made for cruising, with scenic vistas, generally calm seas, a wealth of ancient and medieval historic sites, local culture, excellent food, and pedestrian-friendly islands. The most common embarkation and debarkation ports -- Athens and Istanbul -- are two of the world's most historic cities.


Photo Caption: Overlooking a cove in Santorini with bougainvillea in bloom. Photo by Jim Pappas/Frommers.com Community. 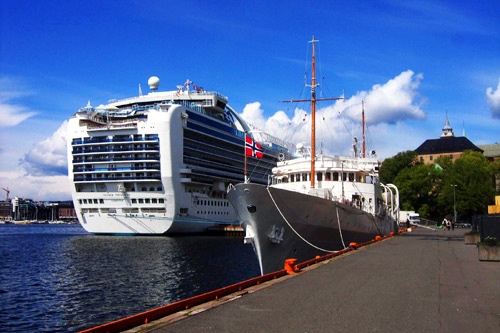 Frommers.com Community
The Norwegian Fjords
With a craggy, fjord-indented coast stretching the full 1,570-mile length of the Scandinavian peninsula, Norway is one of the great maritime nations. Cruises here are all about the coast's natural beauty, with its mountains, wildflower-painted fields, medieval cathedrals, and fishing villages. Cruises run from 7 to 21 days, departing from Copenhagen, Amsterdam, Dover, or Southampton. Most concentrate on the country's southern half, but some sail north above the Arctic Circle. 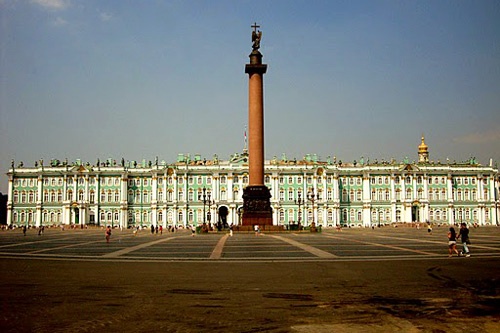 Frommers.com Community
The Baltic Sea and Russia
Cruises in the Baltic are all about history and culture, concentrating on beautiful Scandinavian cities, grand art and architecture, history and culture, and St. Petersburg, the gem of czarist Russia. Most Baltic cruises sail from Copenhagen or Stockholm, with some also sailing from Amsterdam, Keil, or the British ports of Dover, Harwich, or Southampton. 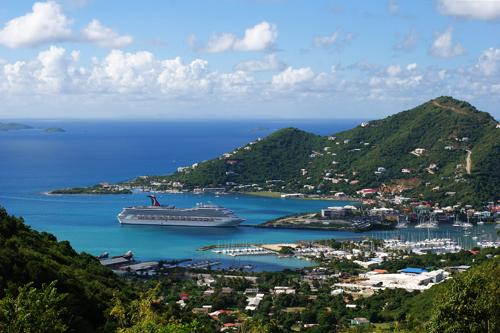 John Lander
The British Virgin Islands and Eastern Caribbean
With small bays and hidden coves that were once pirate havens, the British Virgin Islands are among the world's loveliest cruising regions. Among its 60-some islands, cruise ships tend to stop at Tortola (the biggest and busiest, attracting the megaships) plus Virgin Gorda, Jost Van Dyke, and occasionally Anegada, Peter Island, Norman Island, and Cooper Island.


Photo Caption: The view of the cruise liner anchored near Road Town, the capital of British Virgin Islands on Tortola island. 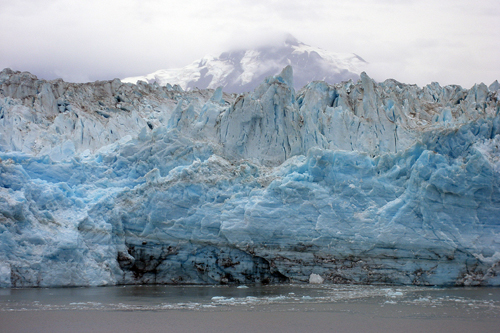 Marco Garcia
The Inside Passage and Gulf of Alaska
Alaska is America's final frontier, a land of mountains, forests, glaciers, and wildlife just remote and harsh enough that it remains mythic, even if its "frontier" towns now have Starbucks. Most cruises stick to Southeast Alaska's Inside Passage, sailing round-trip from Seattle or Vancouver or going north- or southbound between Vancouver and Seward or Whittier, Anchorage's main port towns. The north/south option gives you a chance to see natural areas along the Gulf of Alaska, or to join a land tour into the Interior. 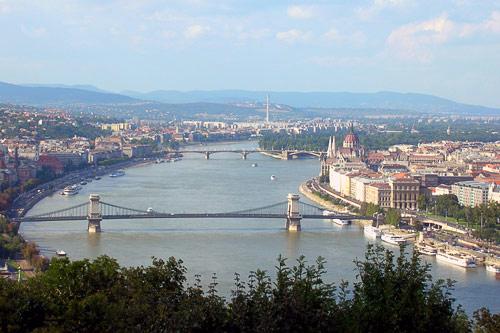 Frommers.com Community
Central European Rivers
A river cruise through central Europe gets you where an ocean ship can't. Offered aboard 120- to 200-passenger vessels designed for taking in the scenery, river cruises are like having door-to-door service to some of the continent's greatest cities and landscapes.


Photo Caption: A bridge over the Danube River separates the cities of Buda and Pest, Hungary. Photo by acmesales/Frommers.com Community. 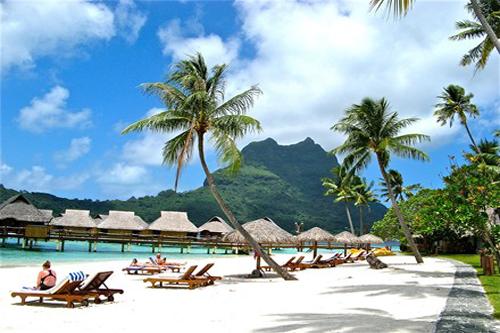 Frommers.com Community
Tahiti and the South Pacific
Cruising in the South Pacific is like spending your vacation in paradise, where the weather is always perfect, the beaches are always clean and uncrowded, and the water is always crystal clear. Up above, volcanic peaks poke holes in perfect blue skies, while down below, gorgeous lagoons offer some of the planet's best diving and snorkeling. Most cruises begin in Papeete, Tahiti, or Honolulu, Hawaii, and run from 7 to 14 days, during which travelers go into a sort of timeless honeymoon coma of bliss, whether they're actually on a honeymoon or not. 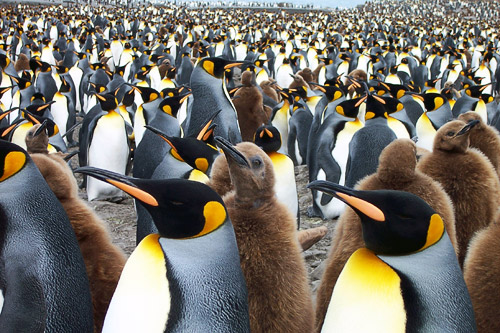 Frommers.com Community
Antarctica
Antarctica is probably the most accessible inaccessible place in the world. Fifty years ago, the only people going there were explorers and researchers. Then in 1966, adventure travel pioneer Lars-Eric Lindblad began bringing the first intrepid tourists to Antarctica. Today, you can take an Antarctic jaunt aboard your choice of more than 20 cruise ships, from small expedition vessels to full-on megaships. 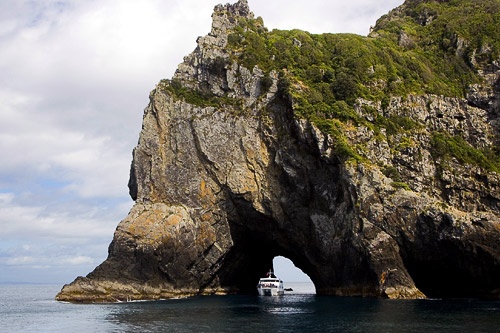 Frommers.com Community
Australia and New Zealand
Our pick for an iconic itinerary is a 12- or 14-nighter that sails between Sydney and Auckland, visiting New Zealand ports like Tauranga, Christchurch, and Dunedin; cruising in Fiordland National Park or the Bay of Islands; and visiting either the Australian ports of Melbourne and Hobart, Tasmania, or additional New Zealand ports like Napier and Wellington.


Photo Caption: Boat passing through Hole in the Rock in New Zealand's Bay of Islands. Photo by Susna/Frommers.com Community.
Cruise