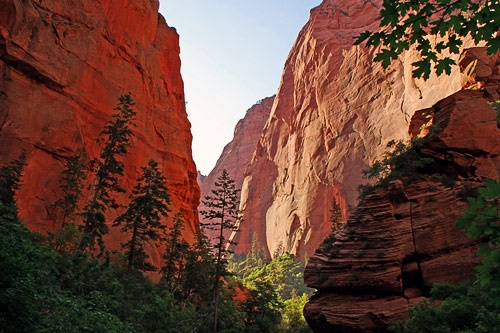 By Frommer's Staff
There's something special about the awe in a 5-year-old's eyes when they see for the first time the Old Faithful Geyser in full eruption, spitting thousands of gallons of steaming hot water into a robin's egg blue sky, all the while thundering like a rocket engine at liftoff. Too, the sense of accomplishment that a 14-year-old basks in atop a 13,770-foot outcrop of granite called the Grand Teton is something that can't be duplicated in the classroom. And when you're standing beside them when they enjoy these experiences, well, it's something you'll never forget. 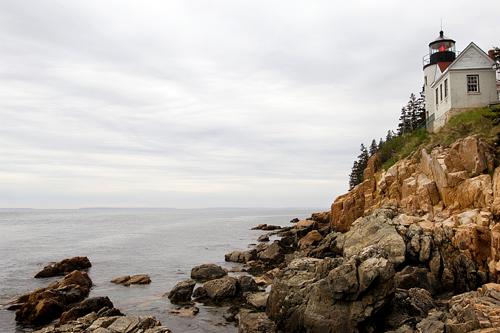 Natalia Bratslavsky/istockphoto.com
Acadia National Park
Acadia National Park preserves a section of the rocky Maine shoreline, mostly on the east side of Mount Desert Island, a former resort for the very rich. Lovely, genteel carriage roads pass through the woods around the small, rounded granite mountains. Offshore, the park is a center for sailing, sea kayaking, and whale-watching. The area has lots of attractive campgrounds, both commercial and within the park, plenty of family-oriented motels and cottages, and several quaint towns. 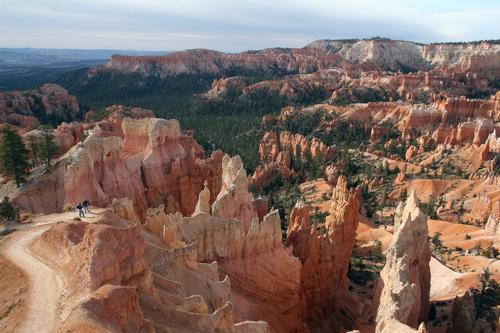 Granitepea/Dreamstime.com
Bryce Canyon National Park
Bryce Canyon National Park surrounds some of the oddest and most strangely beautiful landforms at any of the parks. Northeast of Zion in Utah, high in the pines at the top of the Grand Staircase, erosion has carved soft, red rock into amazing towers and channels you can walk among. The park offers a more intimate experience than the vast cliffs and canyons. Most hikes are easy, and there are other activities for families at the park and just outside. 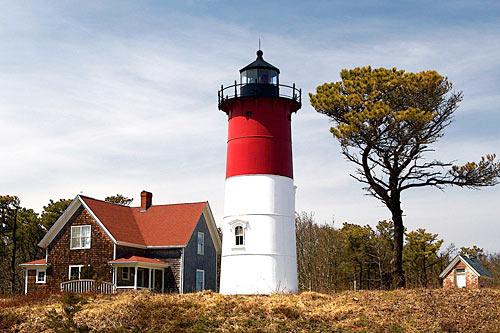 Frommers.com Community
Cape Cod National Seashore
Cape Cod National Seashore takes in the eastern beaches and sand dunes of Massachusetts's arm-shaped cape—the outer side from the elbow to the fist. Though the Cape offers more than 400 years of human history, the dunes and beaches remain wild and inspiring. There are museums, nature education facilities, and organizations offering summer day camps. The seashore has no campgrounds, but plenty of attractive campgrounds are nearby, as are good motels, cottages, and historic inns. 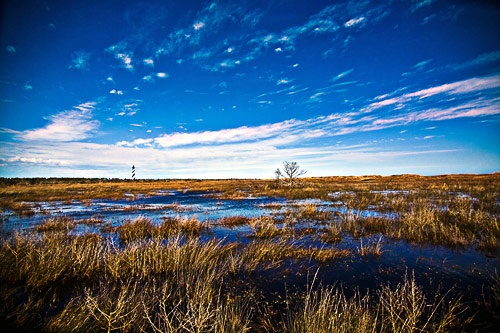 Frommers.com Community
Cape Hatteras National Seashore
Cape Hatteras National Seashore protects 75 miles of the Outer Banks, a thin strand of sand islands draped along North Carolina's eastern coast 10 to 40 miles off the mainland. The ocean swimming and water sports are supreme, and miles of beach invite exploration and ecological interpretation. Nearby historic sites, including the Wright Brothers National Memorial and the site of England's first American settlement, fascinate most children and adults. The National Park Service has several sandy seaside campgrounds, and there are plenty of hotel rooms and houses for rent. 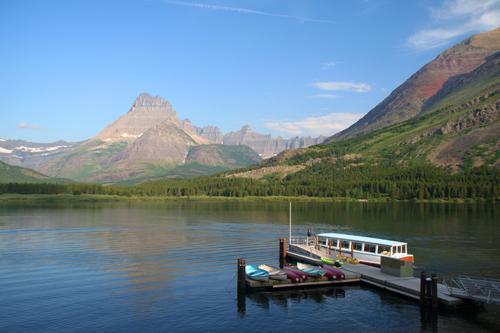 John Lander
Glacier National Park
Glacier National Park shares the U.S.-Canadian border with Waterton Lakes National Park, Glacier features ice-covered peaks, thick forests, and alpine meadows reflected in numerous lakes that ripple across the park's lower elevations. Backcountry escapes lure many visitors to this northern Montana park, although many others are content simply to gaze at the jagged mountains, float along the lakes, or take short hikes into the wild. 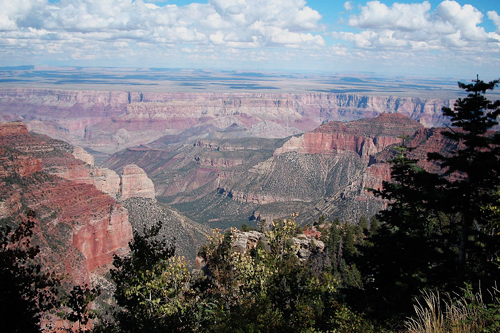 Patrick Glendening
Grand Canyon National Park
Grand Canyon National Park protects one of the world's most famous and admired natural wonders, the incredible canyon through northern Arizona gouged by the Colorado River. Most visitors come to the edge and look in, arriving by car at the visitor village on the South Rim or the higher, less visited North Rim (pictured). Hikers can get down into the canyon and see much more; how far you can go depends on your kid's physical abilities, but it can be done by children. 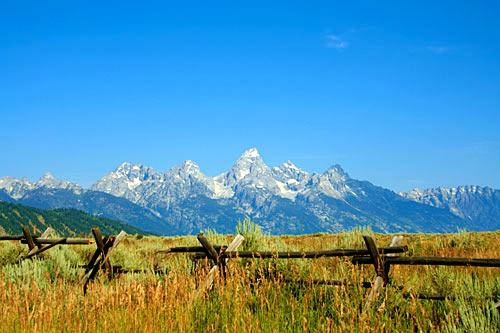 Frommers.com Community
Grand Teton National Park
Grand Teton National Park nearly touches Yellowstone on the south side. It has a single great show rather than many sideshows, but it's an unforgettable one. The ferocious daggers of the Teton Range rise straight up from the flat stage of a valley and lake. The overwhelming view meets you almost everywhere, but the best of the park for families is down below, on lakes and hiking trails rich in wildlife. Just south of the park, the fun town of Jackson, Wyoming, offers downhill skiing and a pleasant dose of civilization. 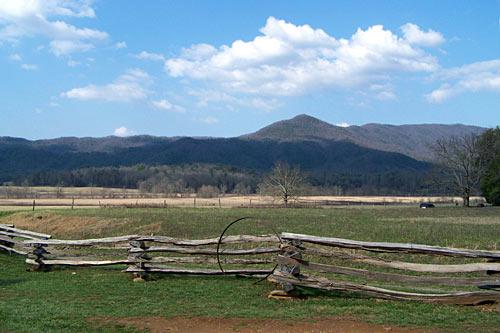 Frommers.com Community
Great Smoky Mountains National Park
Great Smoky Mountains National Park in North Carolina is a place of trails over wooded mountains and through great hardwood forests that are full of historic interest as well as natural beauty. Families go for fun, horseback riding, inner-tubing, and backpacking. At the park's northern edge, the honky-tonk amusements of Gatlinburg and Dollywood await. 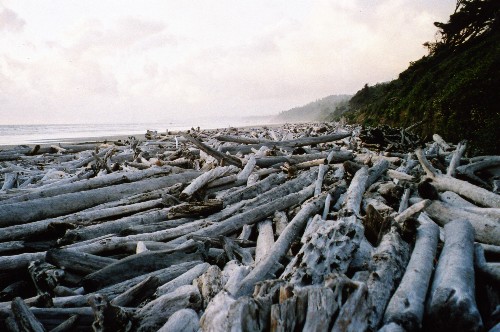 Frommers.com Community
Olympic National Park
Olympic National Park is a diverse area that includes the Olympic Peninsula, west of Puget Sound and Seattle. The park is a collection of exceptional places: along the coast, a strip of wild shoreline; on the west side of the Olympic Mountains, rainforest valleys of huge trees; up in the mountains, snowy alpine terrain and a glacier; in various places, lovely lakes, backpacking trails, and hot springs. There's plenty to do and more than you can see in a typical vacation. The weather, though often wet, is mild over a long season. 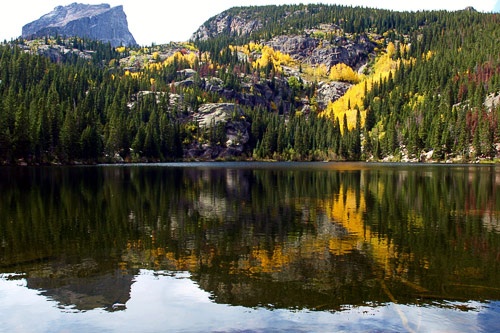 Frommers.com Community
Rocky Mountain National Park
Rocky Mountain National Park is just north of Denver. Rocky takes in one of the highest parts of the nation's greatest mountain range. It's unique in permitting easy access to broad areas of alpine terrain, much of it over 10,000 feet in elevation. The camping and hiking are supreme and include opportunities for walking without trails on the tundra above the tree line. Small towns on either side of the park offer cute and friendly places to stay, eat, and shop. 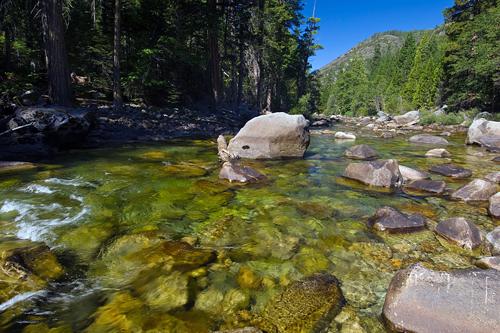 Adventure_Photo/istockphoto.com
Sequoia and Kings Canyon National Parks
Sequoia & Kings Canyon National Parks are connected and jointly managed parks in the southern Sierra. They are not as crowded as Yosemite, but otherwise they have much in common with it. Sequoia is famous for its huge groves of the big trees, and has wonderful hiking and camping areas, swimming, high-country trails, cave exploring, and other qualities that have nothing to do with giant sequoias. Kings Canyon centers on the magnificent canyon of the Kings River. Its granite walls tower over the desertlike floor of the canyon like the cliffs of Yosemite Valley, but few people visit. 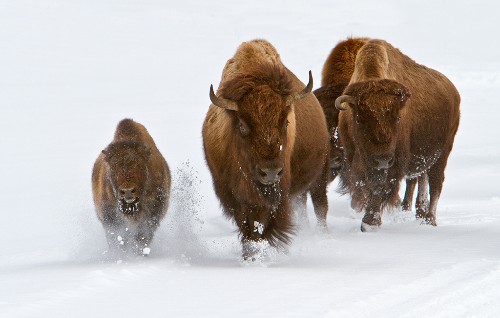 Frommers.com Community
Yellowstone National Park
Yellowstone National Park is the world's first national park. Yellowstone is full of amazing sights. It has geysers, bizarre colors oozing from the ground, the mighty canyon of the Yellowstone River, bison (pictured) and elk that walk close to roads, glorious alpine meadows, and Yellowstone Lake. You can drive through in a few days, ogling these places, but then you'd miss an incredible network of trails and campgrounds. Yellowstone lies in the northwest corner of Wyoming and on a strip of Montana and Idaho. You reach it by road from four directions, but there's not a large town in any. 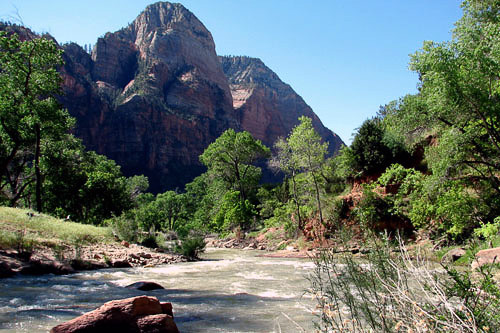 Gettysburg/Dreamstime.com
Yosemite National Park
Yosemite National Park lies east of San Francisco roughly in the middle of the Sierra and is best known for Yosemite Valley, an amazing canyon where waterfalls drop thousands of feet from granite walls. The valley is a small part of the park, however, and is overrun with people. You'll want to spend most of your time hiking in the spectacular high-country areas and in the mountainside forests that aren't nearly as crowded. 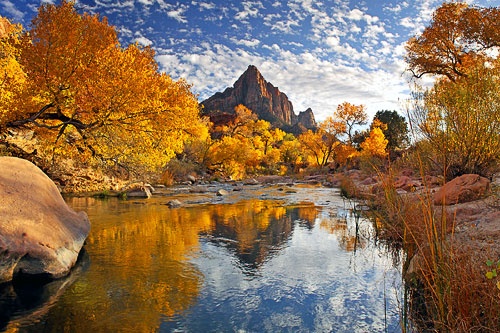