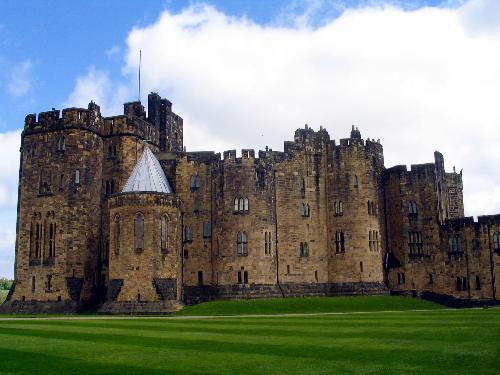 You loved the book, so why not visit the location where it was set or where the author found inspiration? By joining one of these literary tours, you too can follow in the footsteps of the travel-inspiring writers who wrote Eat, Pray, Love, Twilight, Harry Potter, and other best-sellers. 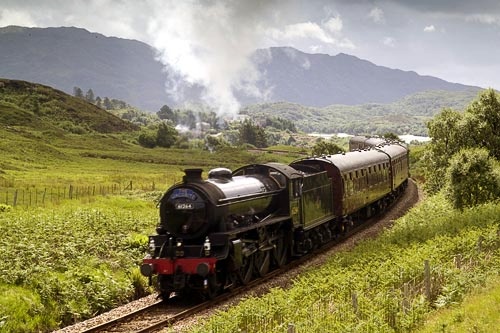 VisitBritain
J.K. Rowling's England and Scotland
What: Each summer, HP Fan Trips runs Muggles adventures to key locations featured in the Harry Potter book series. Highlights include the private use of Edinburgh Castle, playing wizardry games at Alnwick Castle, and riding the train from the original film.

Where: London, Oxford, and Edinburgh

Who: The tour isn't just for kids; in fact many adults go without children, but it's ideal for family groups.

How Much: $2,999 per adult (land-only) and $2,499 for children 12 and under sharing a room with parents, with eight nights' hotel; flights from London to Scotland; transfers; 14 meals; a "Hogwarts-style" Banquet at Edinburgh Castle; a steam train ride; a tour of London's Harry Potter film locations; a tour of Oxford, Gloucester Cathedral, and Lacock Abbey; a private screening of Harry Potter and the Deathly Hallows in Edinburgh; a visit to Alnwick Castle; and a limited edition Alivan's wand. International airfare to London is additional.

Photo Caption: Some of the carriages of The Jacobite train are those used in the Harry Potter film. Courtesy VisitBritain 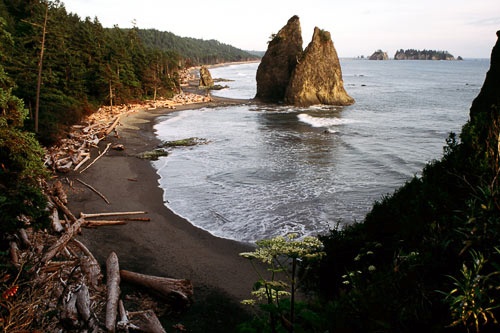 Jodi Riverstone
Stephenie Meyer's Forks, WA
What: Before the films, there were the books. Twihards -- devoted Twilight series fans -- come from around the globe to descend upon the otherwise quiet town of Forks, WA. The Dazzled by Twilight company runs tours that take in significant sites like the Swan House, the Cullen House, Forks High School (where Bella first met Edward), and Rialto Beach.

Where: The tour begins at the Dazzled by Twilight tour depot on Forks Ave.

When: The three-hour tours depart several times a day throughout the year. 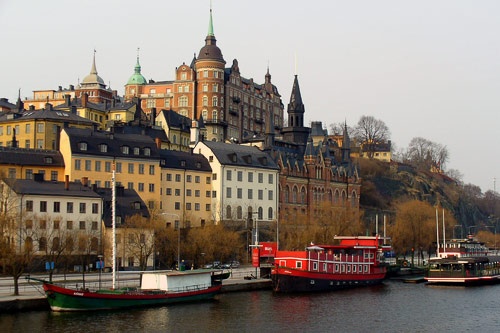 loloieg
Steig Larsson's Stockholm, Sweden
What: Stieg Larsson's Millennium trilogy has become such an international literary phenomenon that Stockholm City Museum is running English language tours that visit locations from the three posthumously published books: The Girl With the Dragon Tattoo, The Girl Who Played With Fire and The Girl Who Kicked the Hornet's Nest. The tour takes visitors to the central island of Södermalm in Stockholm, the home of journalist Mikael Blomkvist, the luxury apartment of tattooed computer hacker Lisbeth Salander, and other relevant sites.

Where: The two-hour tour begins at Bellmangatan 1 and ends with a visit to the museum's Millennium exhibition.

When: 11:30am Saturday mornings

How Much: 120 Swedish krona (about $17.50) per person. Tickets are on sale at the Stockholm City Museum, the Stockholm Tourist Centre or online at www.ticnet.se. 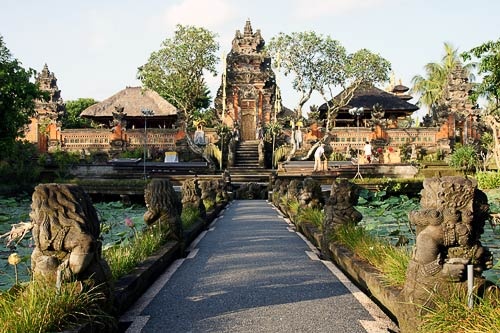 Stephen Hill
Elizabeth Gilbert's Bali, Indonesia
What: If you were inspired by Elizabeth Gilbert's memoirs in Eat, Pray, Love but don't have a whole year to change your life, perhaps a week in Bali will suffice. Spirit Quest Tours' "Eat, Pray & Love Bali" tour includes a disclaimer, which in part reads that "Elizabeth Gilbert will not be leading this trip, Javier Bardem will not marry you, and James Franco will definitely not make out with you."

How Much: $1,986 per person (land-only) based on double occupancy, with seven nights in a four-star eco-friendly Ubud resort; yoga each morning; tours to Hindu temples; most meals; a meeting with Yude Andiko (the musician who Gilbert toured with); a Balinese massage; and a visit with Ketut Liyer, the traditional healer and teacher who helped change Gilbert's life. 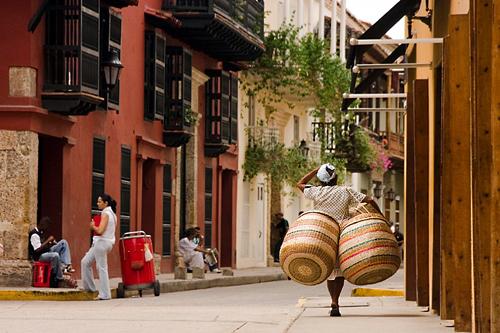 maomejia/istockphoto.com
Gabriel García Márquez's Northern Colombia
What: The García Márquez Route is an eight-day tour that explores the famous Nobel Prize-winning Colombian author's heritage, inspiration, and settings for his greatest literary works. It includes visits to his childhood home, the García Márquez Museum, and his current part-time home in Cartagena. There is also a one day Macondo Route tour which visits sites that inspired Márquez's classic novel One Hundred Years of Solitude.

Where: The eight-day tours begins in Cartagena; the one-day tour departs from either Barranquilla or Santa Marta.

When: Throughout the year

How Much: The eight-day tour starts at $1,394 per person (land-only) and includes seven nights' hotel, airport transfers, breakfast daily, three other meals, museum admission, and tours with bilingual guides. International airfare isn't included. The one-day tour to his birthplace in Aracataca costs 79,000 to 85,000 Colombian pesos (about $39-$42) and includes transportation in traditional Chiva buses and visits to banana plantations, the Grand Station, and the Gabriel García Márquez Museum. Tickets are available through major hotels and Magdalena Tourism offices.