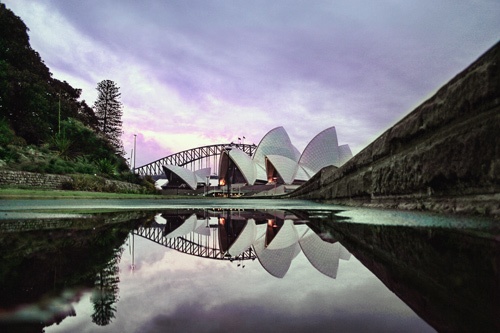 By
A Few of Our Favorite Sydney Things
When it comes to having a good time in Sydney, chances are you'll be on, in or near the water. Sydney's spectacular harbour, one of the biggest on the planet, is not only one of the world's most beautiful waterways, it's also the spiritual, historical, and cultural heart of the city. The focus of almost all of the city's celebrations, the waterfront is where we prefer to be, whether it's sailing on a summer afternoon, stepping out on a waterside bushwalk, picnicking in a sheltered cove, or wishing we could afford one of those big houses with a million-dollar view. If we're not on or beside Sydney Harbour, were at the beach. Here are 15 special things to do in Sydney.

Photo Caption: The Sydney Opera House reflected in a puddle during a summer sunrise. Photo by megapixel3/Frommers.com Community. 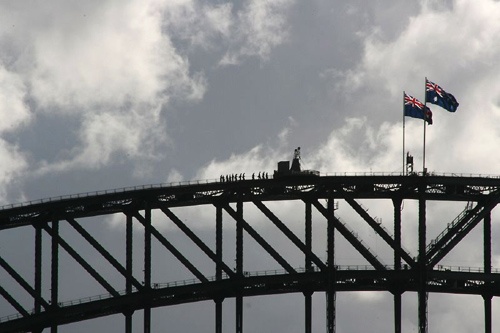 aussiegall
Get a Bird's-Eye View of Sydney
The top of the Coathanger on a Sydney Harbour Bridge Climb is a long way to the top and you'll need a head for heights, but the view is guaranteed to take your breath away. Best time is just on sunset, when you can watch the city light up. 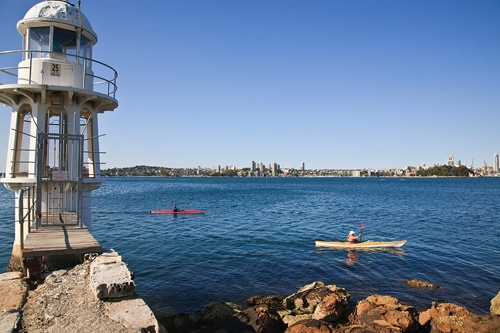 dicktay2000
Explore Sydney Harbour at Sea Level
Get away from the tourist throng and discover the real Sydney as you paddle around in a kayak in the sheltered bays of Middle Harbour and poke around the deep water frontages of the citys rich and famous. It's a view of Sydney that few people get to see. 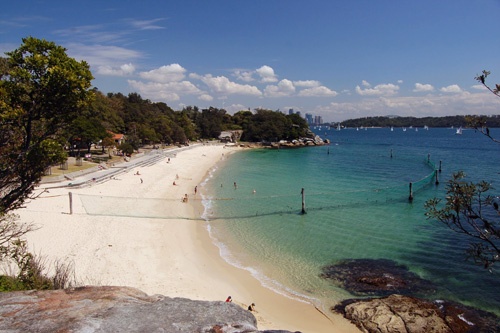 aidan casey
Unpack a Picnic at a Harbourside Park
This is the thing to do any summer Sunday. With more than 240km of foreshore, there are dozens of parks to choose from, but if you had to pick just one, head to Nielsen Park with its sheltered, shark-free beach and great views of the world sailing by. 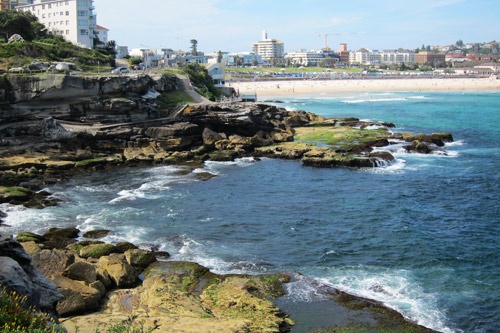 UCFFool
Watch the Sun Rise Out of the Sea
The Bronte to Bondi cliff-top walk followed by a beachside breakfast can't be topped. But if you can't face an early start, go at sunset and finish with a cocktail by the beach at Ravesis in Bondi. 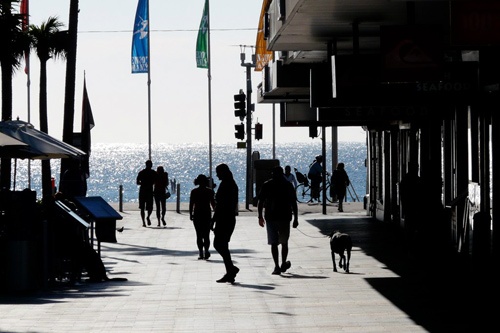 bazzat2003
Cruise on the Manly Ferry
The half-hour trip is one of the best-value cruises in the world. And once you get there, its just like the 1940s slogan says: Seven miles from Sydney, and a thousand miles from care. Take time for a promenade along the Corso or a surfing lesson at Manly Beach. 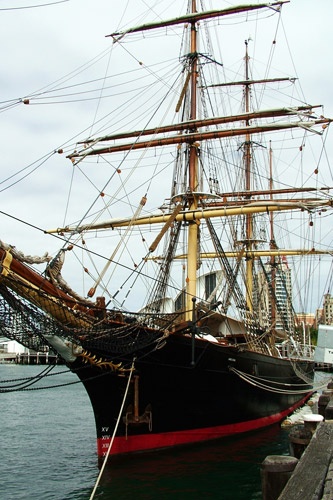 KirrilyRobert
Learn the Ropes Aboard the Tall Ship "James Craig"
Anywhere else in the world and this 19th-century, three-masted iron barque would be collecting dust in a museum. Not in Sydneyits still out sailing the Harbour every weekend. You can join in the hauling, heaving and coiling of the ropes, or simply mooch around the deck and admire the view. 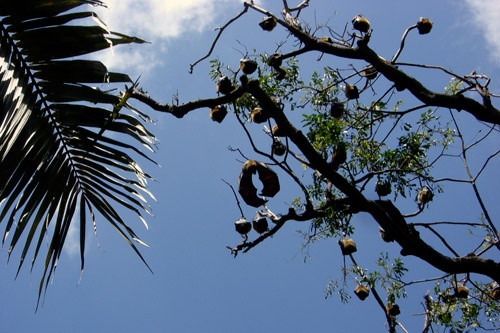 WordRidden
Watch the Flying Foxes at Sunset
OK, its a bit batty (pun intended), but its a ritual unique to Sydney. Every night thousands of grey-headed flying foxes (fruit bats) leave their daytime roosts in the Botanic Gardens and head out to hunt near the Harbour Bridge. Combine it with a sunset cocktail at the Opera Bar beneath the Opera House before taking in a show and you've got a quintessential Sydney moment. 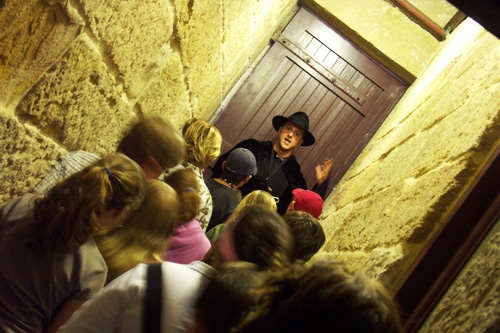 Spirit of Sydney
Scare Yourself Silly on a Night-Time Ghost Tour
Even if you don't believe in the life hereafter, these walking tours of the Rocks, Sydney's oldest neighborhood, make history come alive in a way no museum ever will. Better yet, it gives you access to some of the city's best archaeological sites normally kept under lock and key -- and includes a free beer afterwards.

Photo Caption: Visitors can journey from this world to the convict colony of The Rocks and uncover eerie folklore, ghostly tales and haunted sites of Sydney. Photo courtesy Spirit of Sydney/The Rocks Ghost Tours 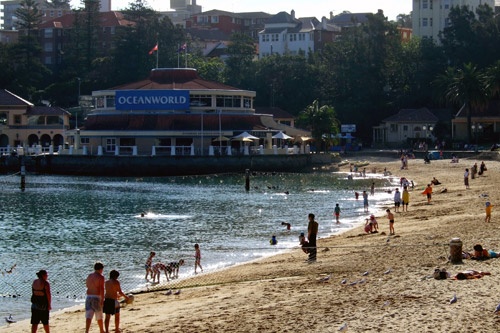 James Cridland
Face Your Fears and Dive with the Sharks
Feeding time at Oceanworld Manly gives the term shark bait a whole new meaning, but it's the best place to get nose-to-nose with Jaws and live to tell the tale. Best not to watch the movie before you go.

Photo Caption: At Oceanworld in Manly, Sydney, you can swim with the sharks. Photo by James Cridland/Flickr.com.
advertisement 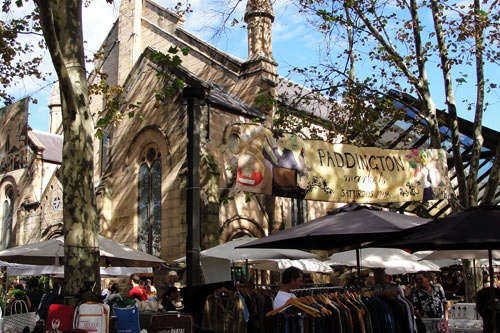 RachelH_
Find a Designer Bargain at Paddington Markets
A whole swag of Australia's top names in fashion sold their first designer duds at these Saturday churchyard markets, and it's still the best place to find a hot new label before it becomes famous or expensive. It gets crowded, so go early and follow it up with more retail therapy along Oxford Street. 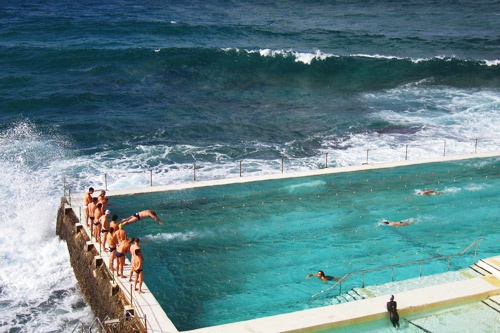 suburbanbloke
Do Laps in a Sydney Harbor or Beachside Swimming Pool
They're cold, old and crumbling, there are no fancy change rooms and there are often small sea creatures lurking in the depths, but these outdoor pools are cheap as chips and all have five-star views. 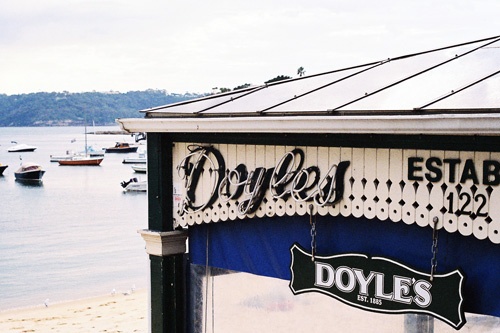 Liz Higgs
Eat Fine Fish and Chips on the Beach
Doyles at Watson's Bay, the famous beach-front seafood restaurant is a bit passé these days, but the kiosk next door on the wharf sells pretty much the same food at takeaway prices, making it some of the best fish and chips in Sydney. 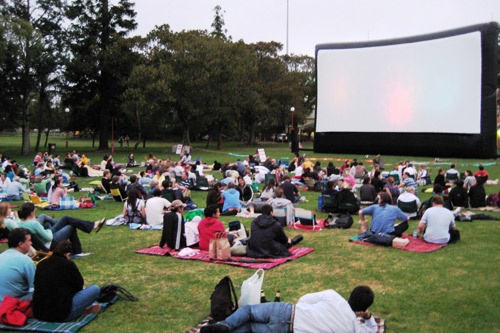 Svetlana Zhukova
Catch a Classic Movie Under the Summer Stars
Bring your own blanket, chair, beer, wine and nibbles to one of several parks that become outdoor movie theatres during the summer months. But don't forget the insect repellent.

Photo Caption: One of the many open-air outdoor theaters in Sydney. Photo by Svetlana Zhukova/Flickr.com.
advertisement 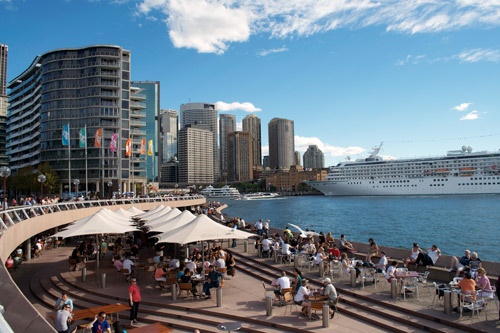 anaru
Blow the Budget on Dinner with a View
It's not a cheap night out, but it's one you'll never forget at one of Sydney's fine-dining restaurants on the harbor's edge at Circular Quay. 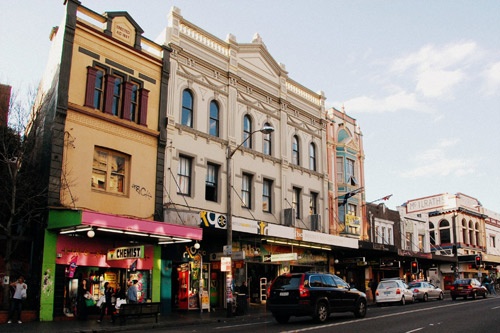 LWY
Watch the Passing Street Parade in Newtown
You'll never know who or what you'll see in this colorful unconventional inner-city suburb. It's people-watching at its best and a table at a coffee house will cost you next to nothing.