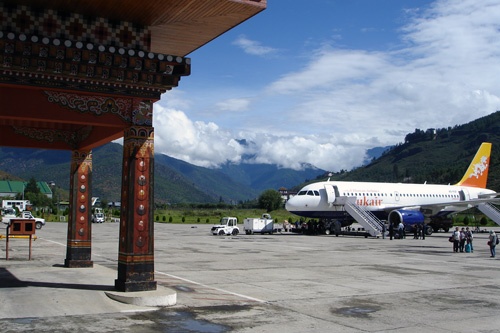 By
Small is Beautiful
By Sascha Segan

Let's hear it for the little guys. Around the world, airlines are getting bigger and bigger -- and as they get bigger, fliers tend to just become cogs in a giant machine. I'm writing this column on a Delta Air Lines plane, and while I like Delta best of the giant traveler-munching beasts, flying on a major airline is often like being swallowed by an uncaring, flying whale.

But it doesn't have to be that way. There are still tiny airlines out there, and some of them operate with class, quality and impeccable safety. (Some of them are even owned by those bigger, traveler-munching beasts.) Our list of the best small airlines includes one that's been shuttling between the same two destinations for 40 years, one that flies into one of the world's most dangerous airports, and one that lands you right downtown in a great North American city.

To pick this list of ten great small airlines around the world, we started with a long list of scheduled (not charter) airlines that serve 20 or fewer destinations. We asked Frommer's authors and editors for advice, made sure none of the airlines had ever had a fatal crash, looked at awards and ratings from independent sources such as Zagat (www.zagat.com), Skytrax (www.airlinequality.com), and Air-Valid (www.air-valid.co.uk), and even scoped out their food on AirlineMeals.net (www.airlinemeals.net). We tried to distribute our choices relatively evenly across the world. There are other great little airlines out there, of course, but these are our picks -- feel free to add your own suggestions to the comments at the end of the story. 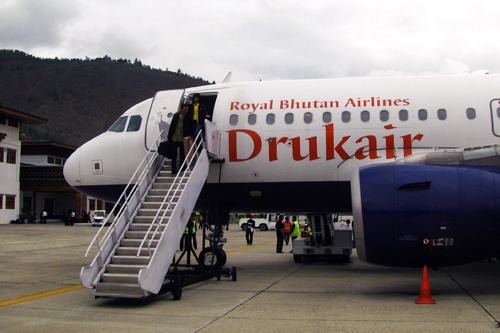 soham_pablo
Druk Air
The seats are tiny, but apparently so are most people in Bhutan, the home country of little Druk Air. In a region where much airline service is either dangerous or officious, Druk Air's service meets Bhutan's unusual goal of enhancing the country's "gross national happiness." The airline's short flights to seven destinations often give passengers a close view of Mount Everest while they're eating their free, hot curries. The airline's skilled pilots have never crashed on the daring descents into Paro Airport, one of the most perilous landings in the world. 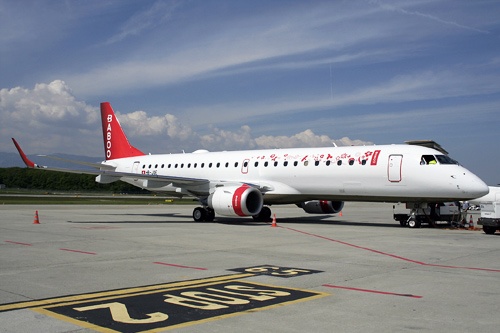 Coban123/Wikimedia Commons
FlyBaboo
There are dozens of small regional European airlines, but fliers seem to really love Baboo, a Geneva-based airline that flies to 15 destinations within Europe. Baboo got stellar scores on review sites AirlineQuality.com and Air-Valid.co.uk, in part because of a lot of small customer-service touches: food from a local bakery, little goodie bags for kids, and even perfumed towels for passengers. Baboo was recently purchased by Swiss regional airline Darwin; hopefully that won't lead to a decline in service. 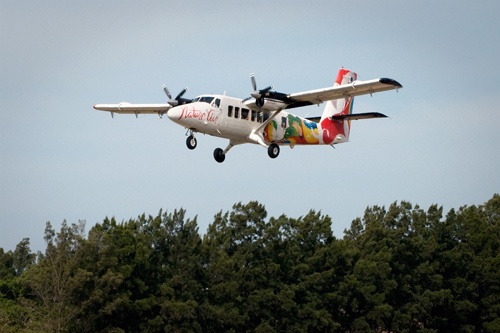 Ken Cedeno
Nature Air
Being "carbon neutral" is important in Costa Rica, a small country whose jungle is both a natural resource and a major tourist attraction. The best and safest of Costa Rica's domestic airlines, Nature Air donates money to reforestation projects to offset the exhaust its planes, like all planes, belch into the atmosphere. The airline also has its own terminal in San Jose, which is quieter and more pleasant than the international terminal, and unusually large "panoramic" windows on its small planes, so you can ogle Costa Rica's jungle scenery on your way to one of its 17 destinations.

Photo Caption: Small airlines, such as Nature Air, are a great way to reach more remote destinations in Costa Rica. 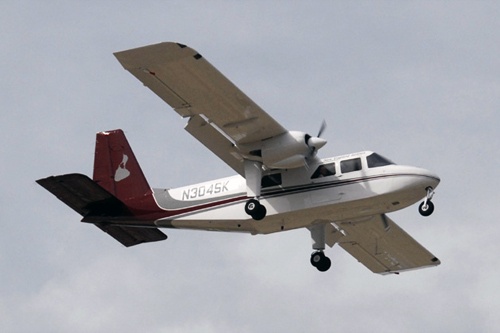 Courtesy of William Bendokas/New England Airlines
New England Airlines
One of America's tiniest scheduled airlines, NEA has been a lifeline for the residents of Block Island, RI for more than 40 years. NEA is aviation from an earlier time, still run by its founder, with no ambition to expand or connect to larger airlines, flying its little 12-minute runs every hour or two seven days a week -- all in the heart of the USA's congested Northeast Corridor. Service doesn't get more personal than this. 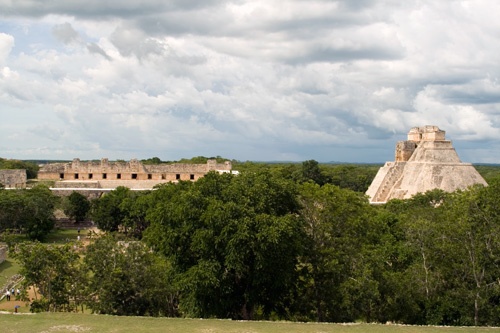 Courtesy of OpenSkies
OpenSkies
OpenSkies is the last of a bunch of "all-business-class" airlines that plied routes between the U.S. and Europe over the past few years. It's owned by British Airways, but flies between New York and Paris. We're including it because we think the comfort it offers -- somewhere between coach and business class, with prices more like coach -- is a civilized way to travel, even if OpenSkies' planes can be a little run down. 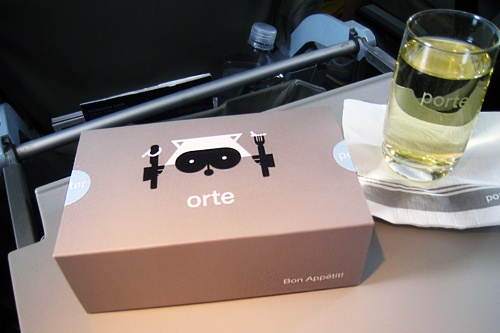 Tom Purves
Porter Airlines
Porter's hub airport is a big part of its appeal: it flies to 14 destinations with a hub at Toronto's Billy Bishop Island Airport, which is right next to downtown and offers airline-lounge-style amenities for all travelers. Rated a 4-star airline by Skytrax, Porter charms fliers with an upbeat attitude and cute, own-branded snacks on even short flights. It's a terrific alternative to the chilly, impersonal Air Canada experience. 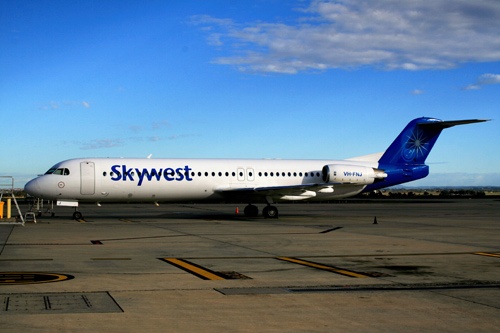 YSSYguy/Wikimedia Commons
Skywest Airlines, Australia
Not to be confused with thoroughly average American regional airline SkyWest, the Australian Skywest flies to 17 destinations in Western Australia, with a hub at Perth. Our SkyWest could learn a lot from its Australian namesake, with its great safety record, 33 or 34-inch seat pitch, and free, hot food even on hour-long flights. 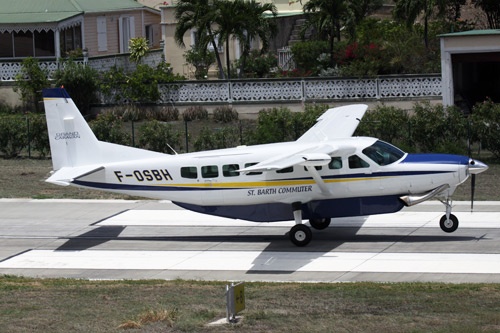 DoudouZ/Wikimedia Commons
St. Barth Commuter
The best of the tiny airlines which crisscross the Caribbean, St. Barth Commuter is "the cream of the crop on St. Barts," according to Frommer's author Alexis Lipsitz Flippin. The eensy little, privately-owned airline shuttles people between the larger airports on St. Martin/St. Maarten and St. Barth's airport, avoiding the need for ferries. Flying into St. Barts is a hoot, too: you land on a tiny airstrip between two volcanic hills, braking mere feet from sunbathers on the beach, according to Flippin. 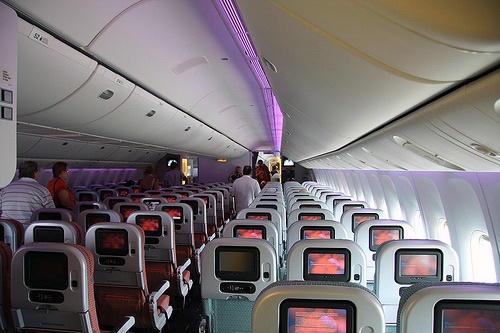 Ben Wynn/Wikimedia Commons
V Australia
Part of the Virgin empire, V Australia flies to a shifting handful of destinations, but its core route shuttles travelers between Los Angeles and Australia. V brings that Virgin flair to long-haul travel with great in-flight entertainment, two bars, soothing lighting, USB charging ports at every seat and the ability to send text messages when you're over the Pacific. Like other Virgin airlines, it's young, fun, and reasonably priced. And that leads us to ... 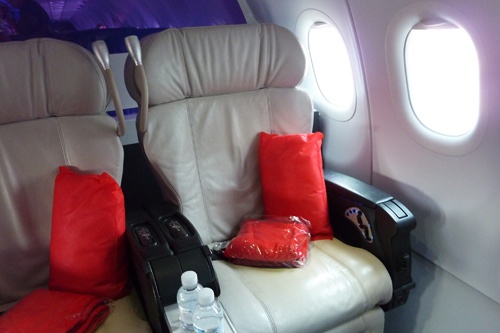 garybembridge
Virgin America
Flying to 15 destinations with a hub at San Francisco, Virgin's U.S. carrier is currently the most celebrated low-cost airline in the U.S. It won Skytrax's award for best low-cost airline in North America, and Zagat's award for best mid-sized U.S. airline. Virgin hits on all cylinders with seatback entertainment, great snacks, and even soothing in-flight lighting. It's like JetBlue, before JetBlue got big.