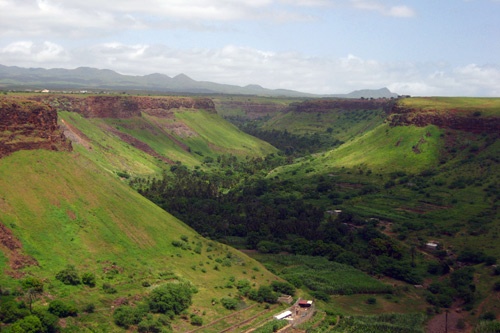 By Alexis Lipsitz Flippin
Like many nations in Africa, Cape Verde was for centuries a colonial outpost. This volcanic archipelago lying 644km (400 miles) off the West African coast was finally granted independence in 1975. Unlike many former colonies in Africa, however, Cape Verde has gone from colony to independent nation with relative ease. In the words of former U.S. Secretary of State Hillary Clinton, who visited Cape Verde: "Few places demonstrate the promise of Africa better than Cape Verde. No place has put it all together, with . . . a democracy that is delivering for its people, lifting them out of poverty, putting them now in a category of middle-income countries in the world."

Cape Verde (Cabo Verde in Portuguese) is located off the coast of Senegal in the east Atlantic Ocean; its 10 islands and 8 islets cover just 4,000 sq. km (1,544 sq. miles). Although it's roughly the size of Rhode Island, Cape Verde has a remarkably diverse topography, an unspoiled landscape that includes striking volcanic peaks, arid salt flats, and sun-splashed golden beaches; on one island, Santo Antão, a high ridge separates two entirely different terrains and climates. The islands are generally warm and dry year-round. 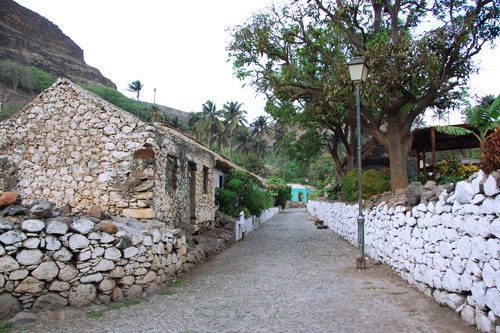 Deivis
History & Future
The country is making a big push to tap into its considerable tourism potential, an effort that got a tremendous boost in 2009, when the old capital city of Cidade Velha, on the island of Santiago, was named a UNESCO World Heritage Site. The city, formerly known as Ribeira Grande, was founded by Portuguese colonists in the 15th century and contains the remains of a royal fortress, two churches, a city square -- even a centuries-old pillory.

Cape Verde was uninhabited when Portuguese settlers arrived here in 1462, and it remained, for the most part, a Portuguese colony for more than 500 years. The Portuguese used Cape Verde as a distribution point for slave traffic out of West Africa, and later as an important refueling stop for sailing ships and their crews (just as it would serve centuries later as an important air and sea refueling site). To meet the needs of its burgeoning armada, the Portuguese planted crops and imported slaves to work the plantations. Over time, many Cape Verdeans left home to work as ship crew or escape impoverishing conditions, and the population dwindled. 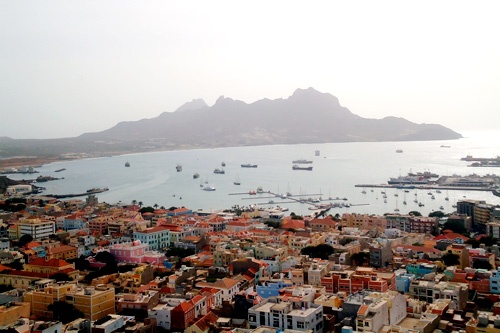 ElsondeMadrid/Wikimedia Commons
São Vicente
Today some 71% of Cape Verdeans are Creole, people of mixed black African and Portuguese descent. The Cape Verde culture is a fascinating blend of European and African influences. Of all the islands, the mountainous São Vicente may have the most European feel. The island's cobblestoned capital, Mindelo, contains a treasure-trove of colonial architecture. This is the home of morna, the lyrical music of Cape Verde, and the "mistress of morna" Césaria Evora. Morna is lovely and elegiac, the mournful lament of countrymen far from home. The island also has nice swimming beaches in Baia de Salamansa and Baia das Gatas. 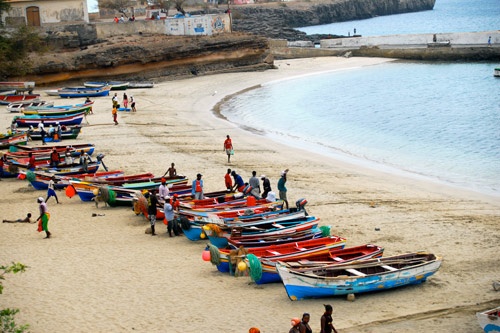 F H Mira
Santiago
Santiago, the largest island, is the home of the capital city, Praia. The city has a West African sensibility, where markets sell local crafts and fruit, and discos fill the night air with music. The island terrain is varied; volcanic peaks snake down to gorgeous beaches ideal for swimming and sunbathing. Don't miss a trip to the 15th-century colonial city of Cidade Velha 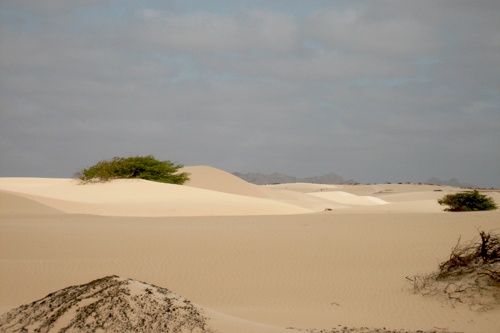 Iwoelbern/Wikimedia Commons
Boa Vista and Sal
Flat and blanketed in sand dunes, the islands of Boa Vista and Sal have beautiful white-sand beaches rimmed by turquoise seas. These idyllic beaches -- literally oases in an arid dunescape -- are what is bringing visitors to the islands, many of them on winter-break package tours from England and Europe who are looking for a quieter and less trammeled alternative to sunny spots like Tenerife. (Many hope, then, that the development of big, bland, all-inclusive resorts on island beaches does not continue apace.) The beautiful white-sand beaches and warm blue seas on the island of Maio are empty and secluded -- the island is accessible only by ferry or puddle jumper.

Photo Caption: The sand desert Viana on the island of Boa Vista, Cape Verde, is surrounded by rock desert. Photo by Iwoelbern/Wikimedia Commons 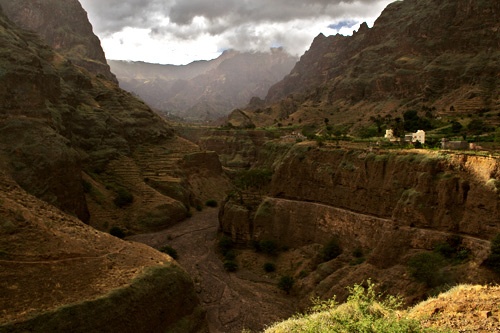 dickdotcom
Santo Antão
Remote Santo Antão has two distinct landscapes. A ridge in the island's center separates desert on one side and lush vegetation on the other, a scented, cliffside garden filled with acacia, pine, and eucalyptus. Some writers have compared the terrain to that of rural Cuba, and a mind-set similarly mired in the 1950s.

How to Get There: Sal International Airport via London (5½ hr.).