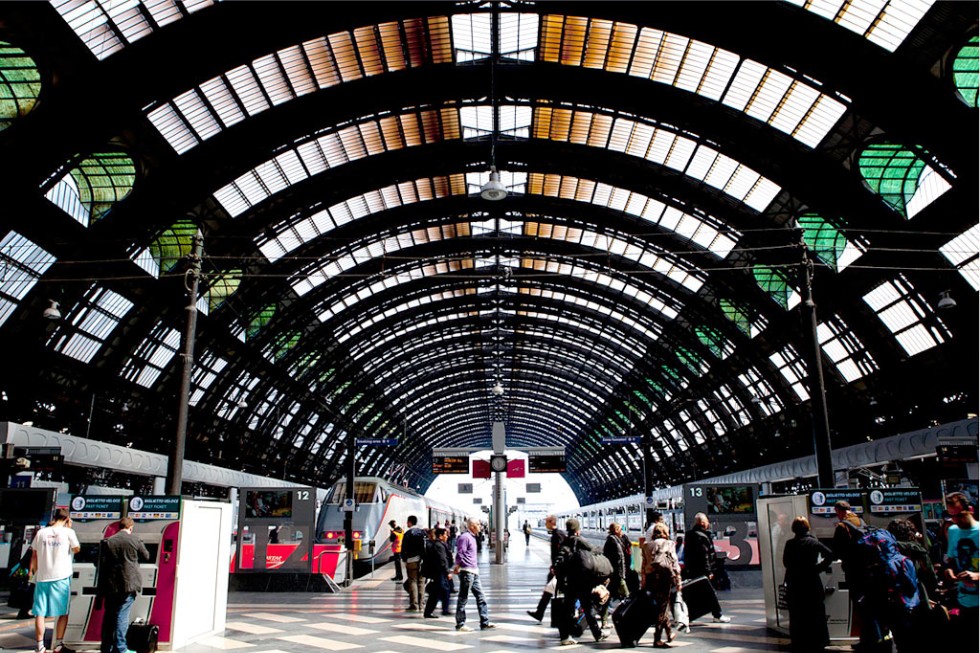 How to Pack for a Train Trip

By
All Aboard: Smart Packing Tips for Train Travel
By Chris Gray Faust

In many parts of the world, there's simply no better way to get around than by train. Think Europe, where local trains can be the easiest way to reach scenic small towns, or Japan, where high-speed bullet trains allow you to whiz through the countryside.

Riding the rails takes a different packing strategy than road tripping. Here's a few things to keep in mind as you're figuring out what -- and how much -- to take. 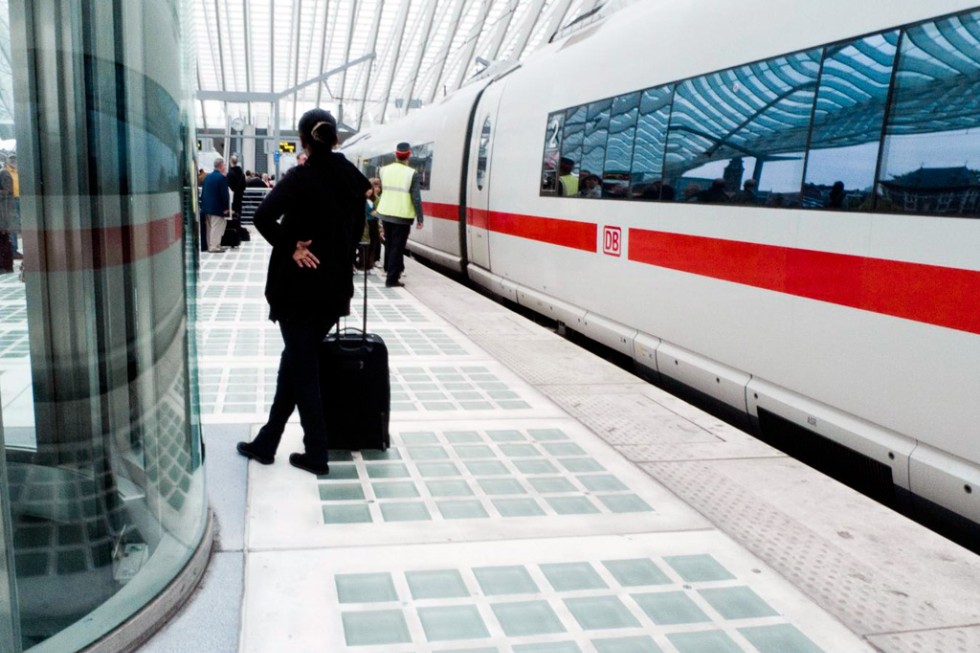 Gilderic
Use lightweight luggage with wheels.
Traveling by train in Europe is a rite of passage for university and gap year students. But your train adventures shouldn't end when you've left your backpacking years behind. Eurail (www.eurailtravel.com) passes do not have age limits; they can cover travel in one country, a single region, or all 22 participating countries.

If you're going to be traveling mostly by train, you should think carefully about what kind of luggage you bring. You'll want something small with a light frame, as you'll likely be hoisting it aboard the train or above your seat. And wheels are an absolute necessity; many train stations in Europe have multiple platforms (most without escalators) so there's a fair amount of schlepping involved.

The ideal setup? A four-wheel carry-on bag that's wide enough to add another piece on top, such as a mid-size duffel or daypack. Two smaller bags are much easier to carry than one huge one, says Samina Sabir of Rail Europe(www.raileurope.com). 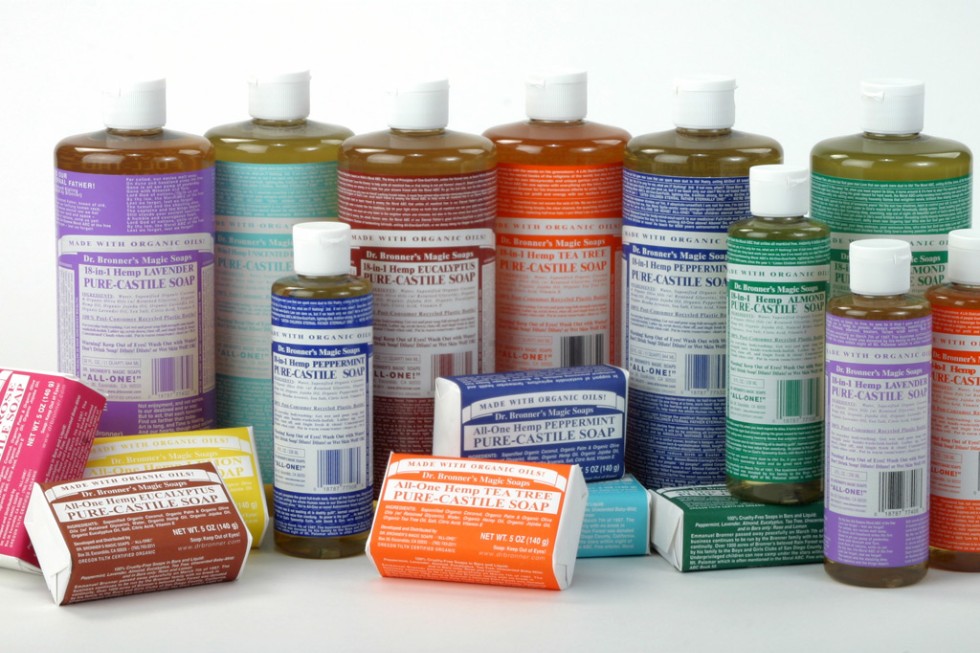 Dr. Bronner's
Pack light by seeking out multipurpose items.
Now that you've found your perfect bag, you need to fill it. Traveling light is key -- and few travelers have a better system than writer and author Vanessa Farquharson "My philosophy is that you should be able to fit your entire life into a carry-on bag," she says.

Among her tips: Pack black. "If you have black clothes, nobody is going to notice when you're wearing the same thing three times in a row," Farquharson says. Break it up with different jewelry and scarves. "Not many people are going to be looking at you from the waist down." Doing laundry once or twice on the road can free up space.

Farquharson also limits herself to two pair of shoes: one for walking and a nicer pair of flats for evening. Socks, underwear, and jewelry can fit inside each shoe, maximizing the space. She also makes it a point to skimp on toiletries -- Dr. Bronner's  soap can be used as a shampoo, a body wash, and a face wash. 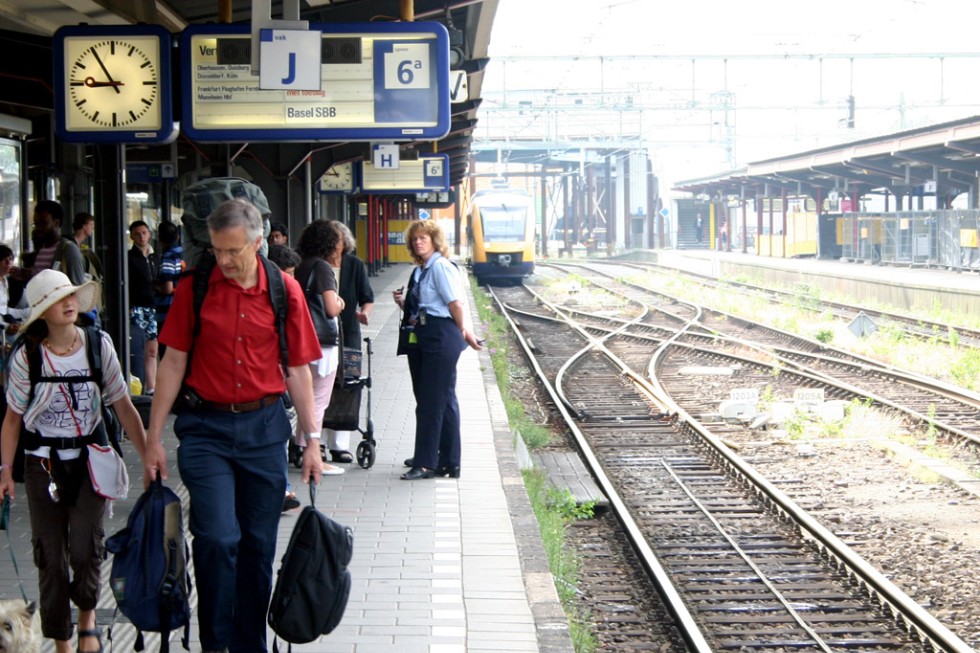 quatre mains
Keep a smaller bag with you at your seat.
Another reason to pack light: The overhead compartments in many regional trains in Europe are much smaller than the ones you find aboard an airplane. Unless your carry-on or duffel can fit in between the seats or up above, you'll probably have to put your suitcase in a luggage storage rack at the front of the train compartment.

These designated luggage spaces are usually unattended. If your bag has a strap, pull it around the luggage rack bar -- a thief is less likely to run off with something that requires an extra tug.

Consider buying a cable lock that you can run through your bag handles (but remember to give yourself enough time to unlock it before your stop). Keep your valuables -- your wallet, passport, and electronics -- in a smaller bag that stays with you at your seat. Try to take this bag with you if you need to get up to use the restroom or buy something from the dining car. 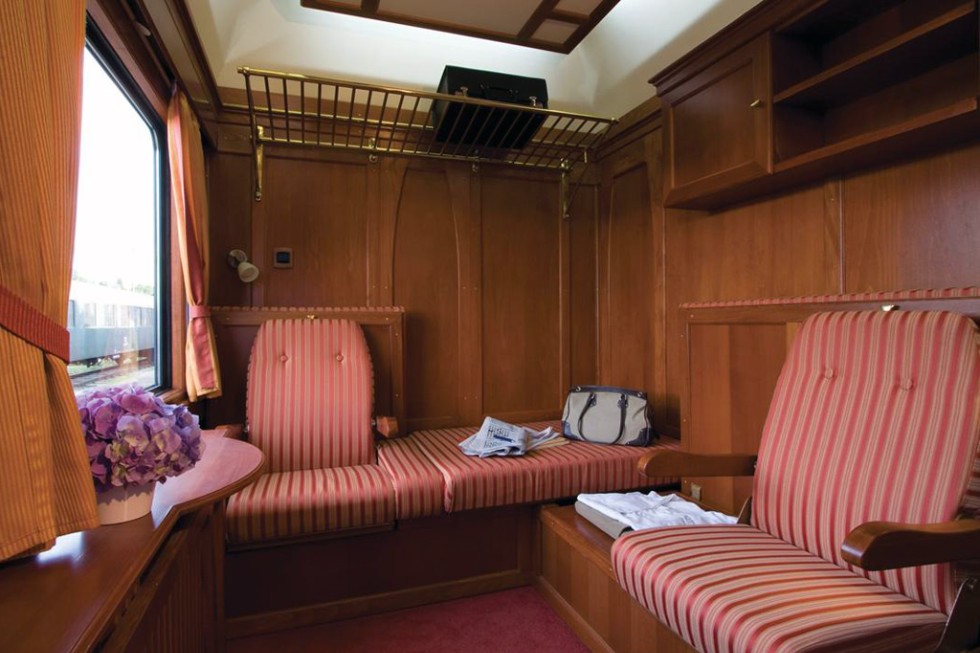 Train Chartering & Private Rail Cars
Be prepared for overnight journeys.
If you're spending the night on a train in Europe, you'll want to bring along a few things to make yourself as comfortable as possible. Earplugs are a must for light sleepers, as are water bottles and snacks.

Make sure you make advance reservations for night trains; couchettes and private sleeping cabins carry an extra fee. The top bunk is stuffier but safer -- you're closer to your bag, which you should strap to the guardrail. Or try to figure out a way to sleep with that pack under your head or between your body and the wall.

Remember to always lock your compartment's door, so no one can grab and run during the night. 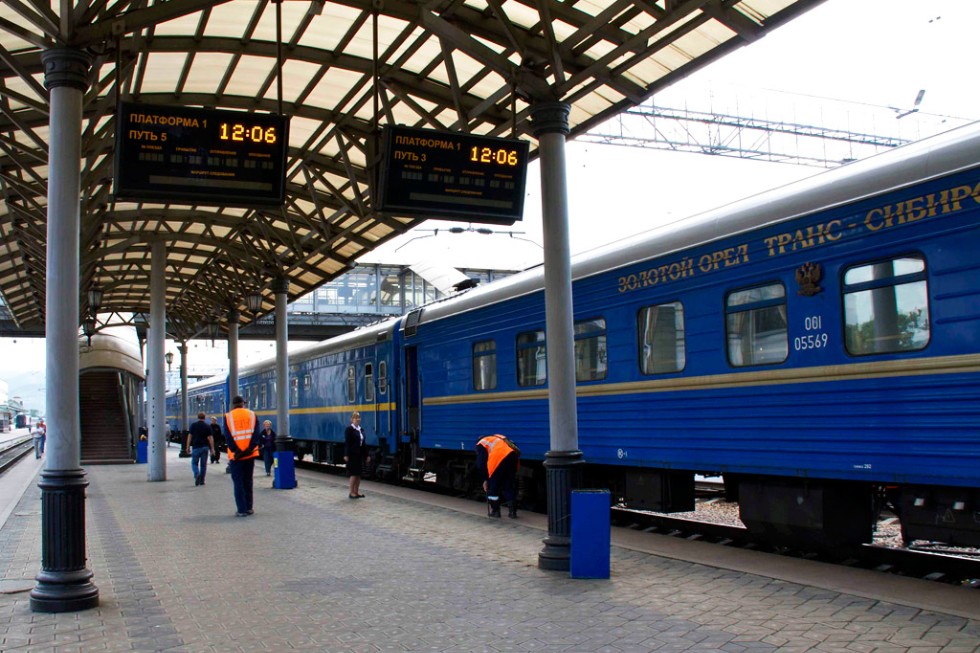 Martha de Jong-Lantink
Keep an eye on your valuables.
On many overnight trains in Russia or Asia, you won't have the option of an enclosed cabin, says Michael Hodson, author of the travel blog Go See Write and organizer of the Ultimate Train Challenge.

"Having a wire mesh bag that you can lock around your valuables -- like a PacSafe product -- is worthwhile in that situation."

In Russia and China, you often need to leave the train at station stops to buy food and drinks. "If you have a bag with valuables, it is best to take it with you off the train," Hodson says. He also recommends carrying two bags -- one with all your clothes and things you wouldn't mind too much if they were stolen, and a smaller bag with your electronics, camera, passport, and money. 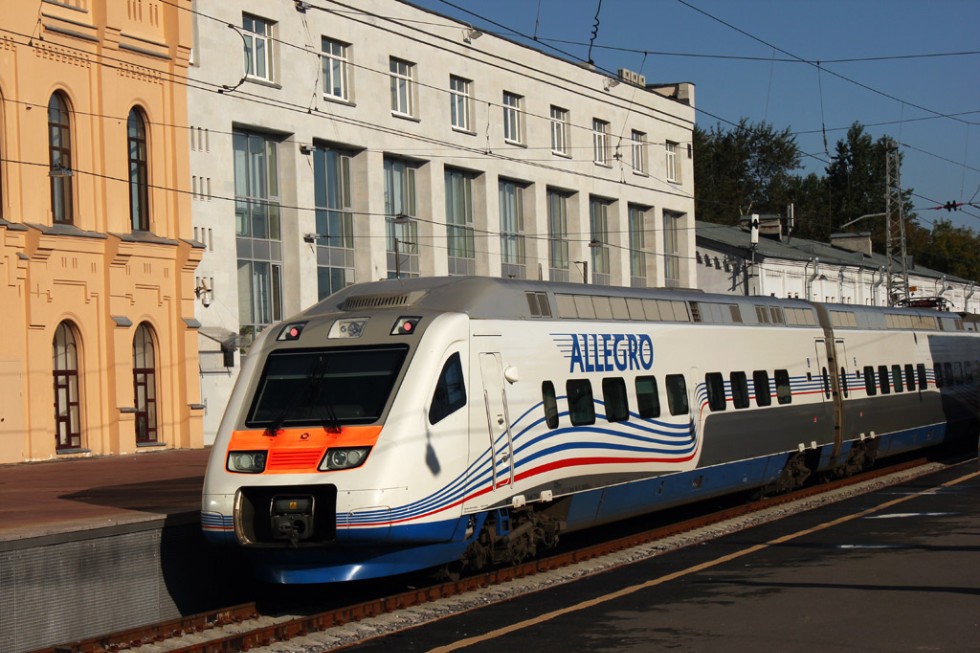 FAndrey
Always keep your passport handy.
You'll definitely want to have your passport in an accessible place, as conductors often check it against your Eurail or regional rail pass.

Be prepared for occasional stops if you're crossing borders: On the Allegro train between Helsinki, Finland, and St. Petersburg, Russia, you're required to stay in your seats as immigration officials check your passport and visa documents.

Make sure you get your snacks ahead of time, as the dining car closes. During border checks, electronic devices must also be stowed. This type of border check also takes place on Amtrak trains between Vancouver, Canada, and Seattle.

Photo Caption: The Allegro train, which runs between Helsinki and St. Petersburg, pulls up to a platform in St. Petersburg. Photo by FAndrey/Flickr.com 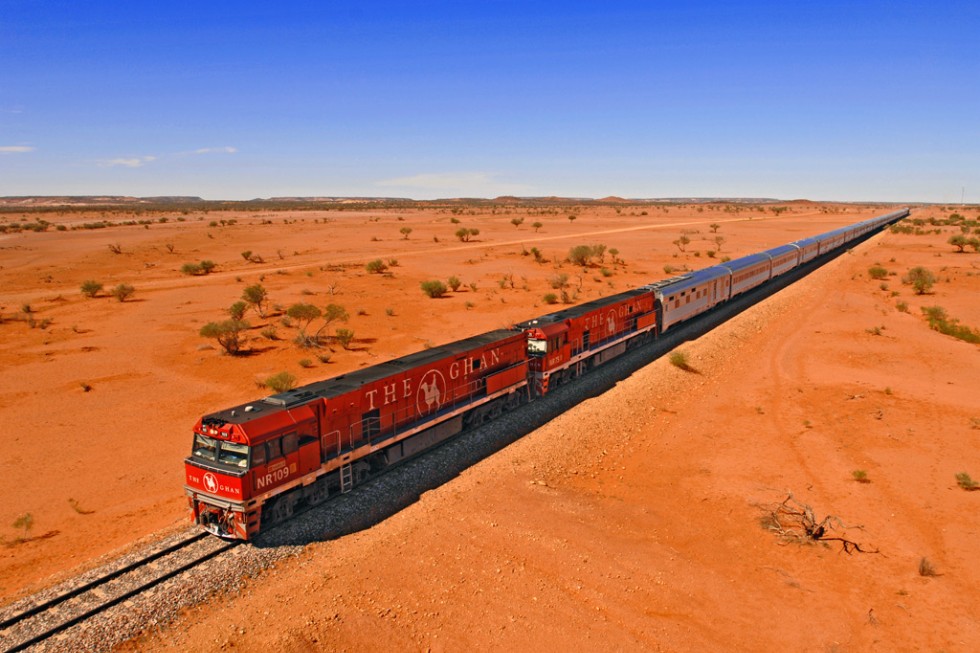 Great Southern Rail
Keep boredom at bay by providing your own entertainment.
On a train journey in Australia, "distances are vast so even the most spectacular landscapes can become monotonous after looking at them for a few hundred miles," says Australian travel writer Lara Dunston.

Keep a camera, a journal, an iPod, a Kindle or plenty of reading material within easy reach. And always bring a sweater -- no matter the season. "While Outback destinations are hot, the air-conditioning system on the trains means that temperatures on board can be cool," Dunston says.

Like their North American counterparts, most Australian trains have a luggage carriage where travelers are encouraged to check big suitcases.

Photo Caption: The Ghan runs between Adelaide to Darwin, through most of Australia.
advertisement 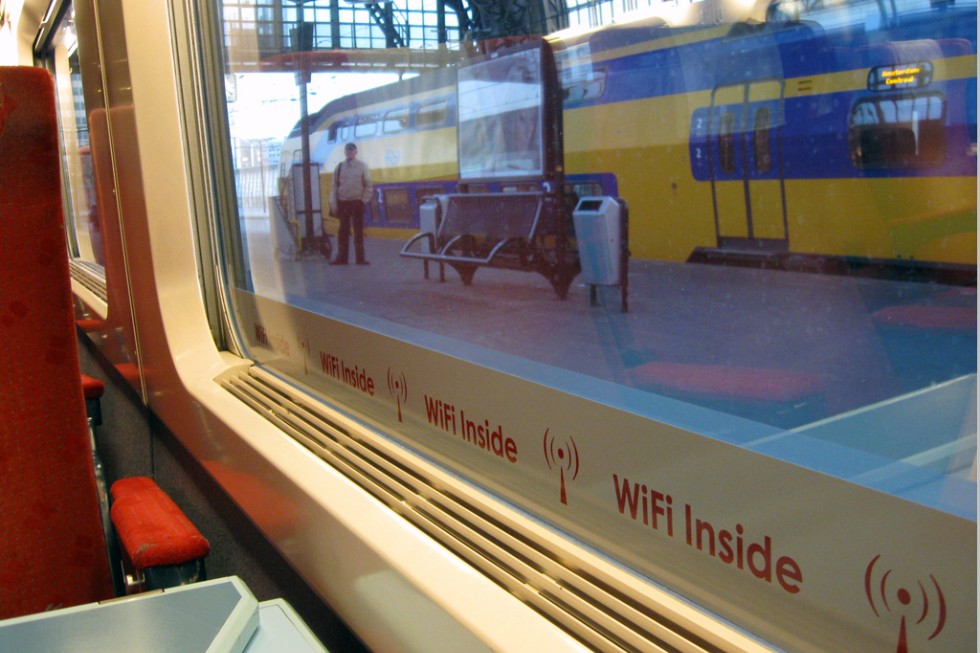 Daniel Sparing
Don't count on power outlets or Wi-Fi.
Power outlets on trains are few and far between, even in first-class compartments -- and it's hard to find out in advance if your train will have them. In Europe, you'll likely have the best luck finding power outlets on Thalys trains from Paris, Brussels, Amsterdam, or Cologne and on Eurostar trains from London, Paris, or Brussels, according to Rail Europe. Play it safe and charge up your electronic devices in your hotel or hostel the night before you leave.

If you are lucky enough to end up with a power outlet at your seat, remember to pack an appropriate travel adapter so you can juice up your electronics. Keep the adapter and any cords within reach since they won't help you if they're buried in the bottom of your suitcase.

Don't count on having access to Wi-Fi. While some business-class trains are equipped with wireless Internet, not all do. Even routes between major cities may be off the grid. However, some countries (such as Switzerland) have mobile access cards that let you log on the Wi-Fi for a fee if the train is considered a hotspot.

Photo Caption: Inside a Thalys train equipped with Wi-Fi. Photo by Daniel Sparing 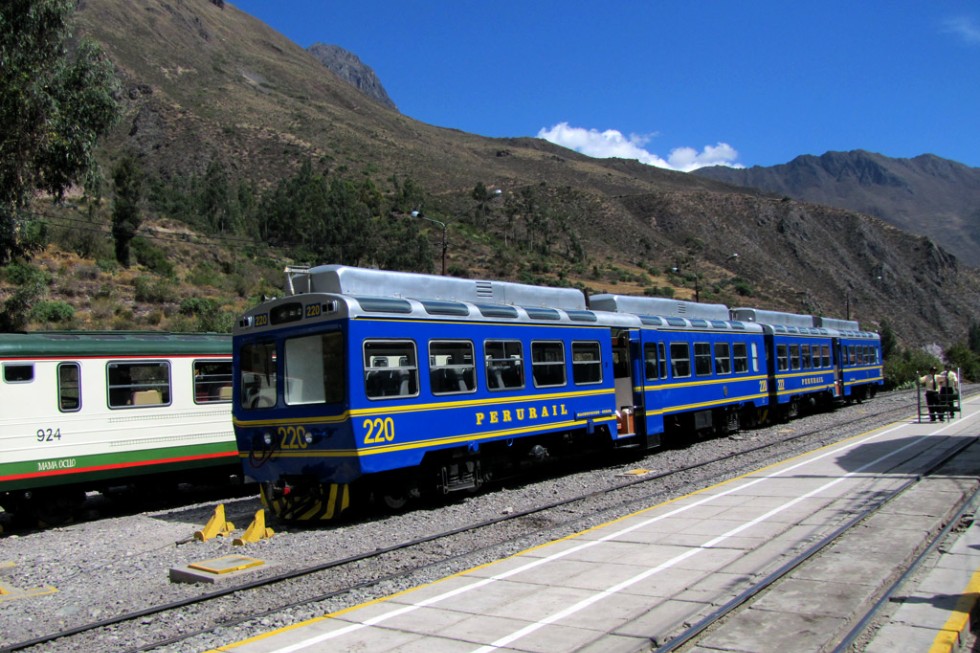 David Berkowitz
Remember to reserve tickets for long-distance train trips.
There's not a lot of long-distance train travel between South American countries these days; buses are the preferred means of transportation in many areas. In Peru, though, many tourists still take one of the PeruRail trains between Cuzco and Machu Picchu. Make sure you get advance reservations for the train you want, whether it's the Expedition, the Vistadome, or the luxury Hiram Bingham.

Note: Some of the trains have limitations on how many bags you can bring, so check when you make your reservation. See if your hotel in Cuzco can hold your larger pieces of luggage while you're visiting the site but make sure to get a receipt. 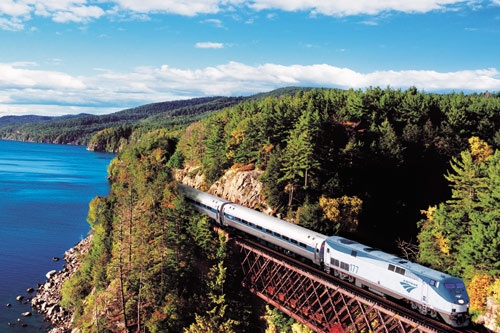 Courtesy Amtrak
Don't forget a pashmina or small blanket.
Climate control and entertainment are also the main issue on cross-country North American trains. A pashmina or small blanket protects against air-conditioning chill. Amtrak gives you a pillow on its overnight trains, but they are the same size as the ones you get on an airplane, so you might want to bring a larger inflatable one.

Amtrak lets you check up to three 50-pound bags at no extra cost. You'll be checking your larger suitcase, so make sure that everything you need for the night, such as a toothbrush, toothpaste, deodorant, and a change of clothes, are in your carry-on.

A final tip that has nothing to do with packing: When you get your seat assignment, ask which side of the train is more scenic. Otherwise, you could miss out on some great sightseeing -- which is part of the reason you're on the train in the first place!