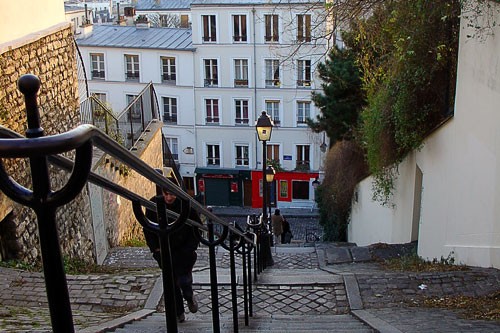 You can have countless adventures in Paris. But these are our top ten, starting with climbing the streets of Montmartre. This hilly, hopelessly romantic neighborhood is our favorite in all of Paris. A sweeping view of the city spreads out before you from every cross street. Every corner reveals another evocative (and steep) stone staircase, as well as crooked little streets that seem to have survived the relentless march of progress. 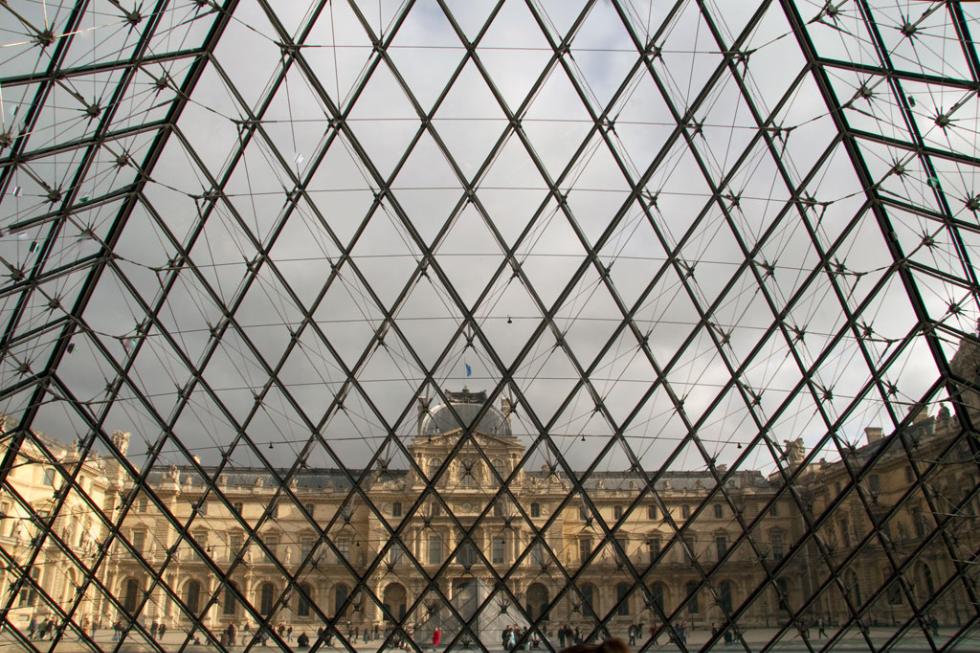 Markel Redondo
Walk Through the Courtyard of the Musée du Louvre
The Louvre, both a palace and a museum, houses one of the greatest art collections ever. To enter, pass through I. M. Pei's glass pyramid -- a startling though effective contrast of the ultramodern against the palace's classical lines. Then a big question looms: Which of the rest of the 30,000 works on display would you like to see? 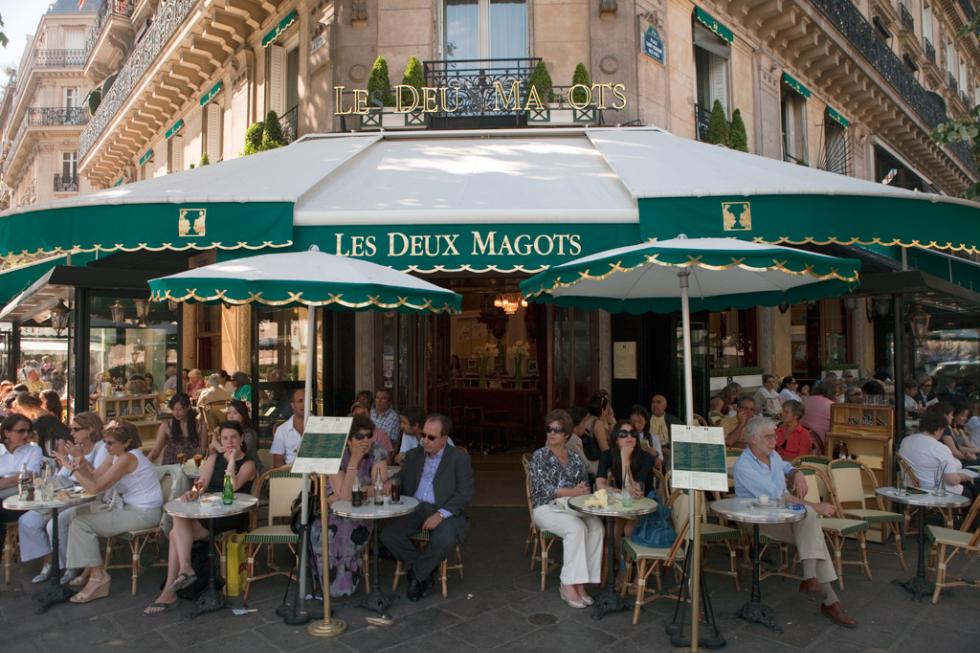 Markel Redondo
While Away an Afternoon in a Parisian Cafe
The cafes are where passionate meetings of writers, artists, philosophers, thinkers, and revolutionaries once took place -- and perhaps still do. Parisians stop by their favorite cafes to meet lovers and friends, to make new ones, or to sit in solitude with a newspaper or book. 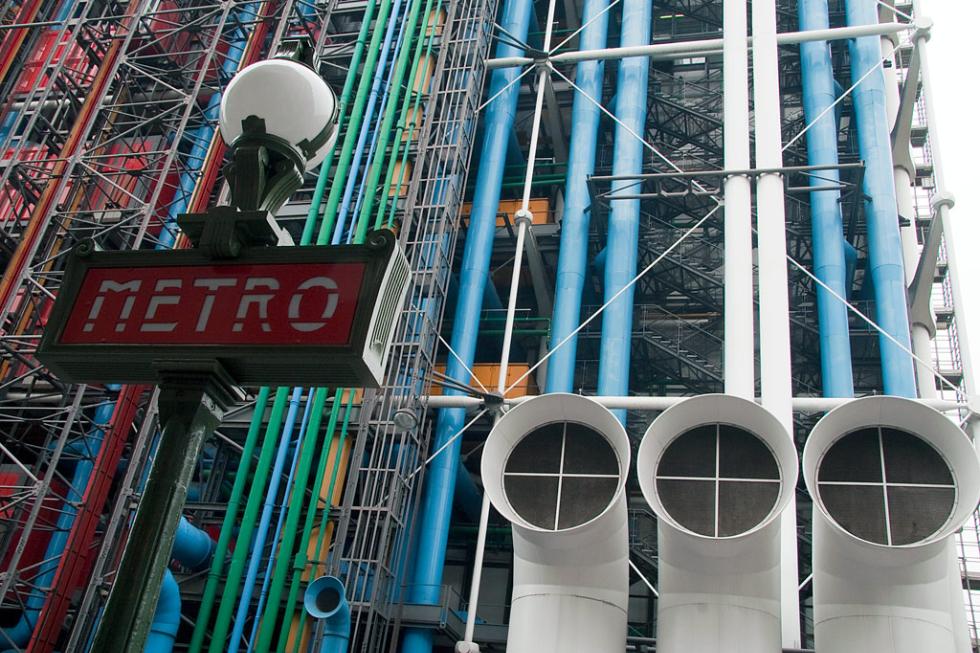 Markel Redondo
Be Challenged By Modern Art at The Pompidou
When it first opened in the 1970s, the Centre Pompidou was hailed as "the most avant-garde building in the world." The building's exterior is very bold: brightly painted pipes and ducts crisscross its transparent facade, and an outdoor escalator flanks the building, freeing up interior space for exhibitions and Paris's foremost collection of modern art. 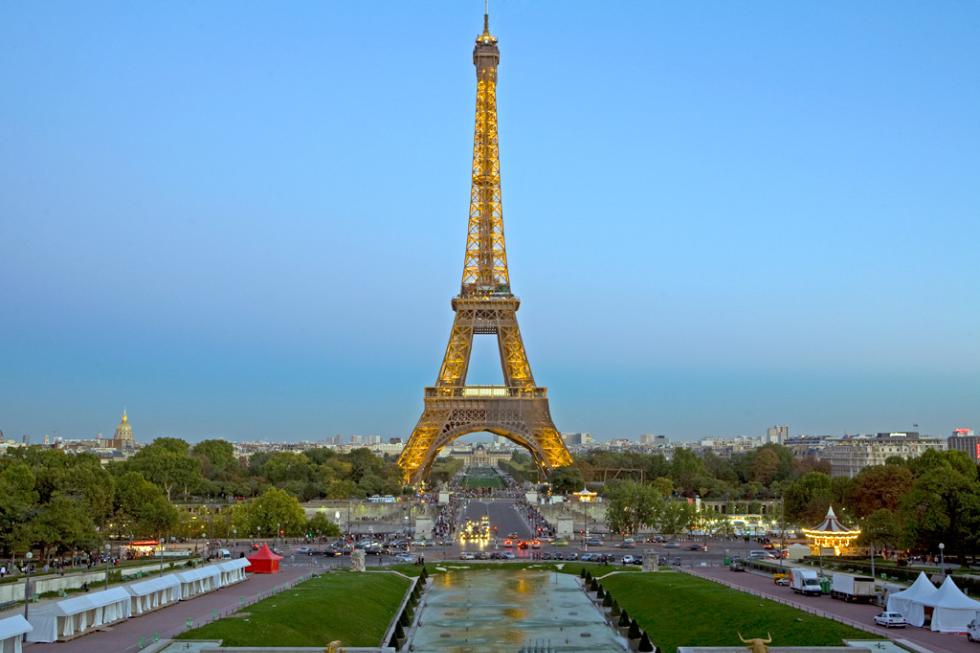 Markel Redondo
Ascend the Eiffel Tower at Sunset
One of the most recognizable structures in the world, the 7,000-ton Eiffel Tower provides some spectacular views of Paris. When Gustave-Alexandre Eiffel built it for the 1889 Universal Exhibition, it was denounced as the "world's greatest lamppost"; over a century later, it's the city's most enduring icon. 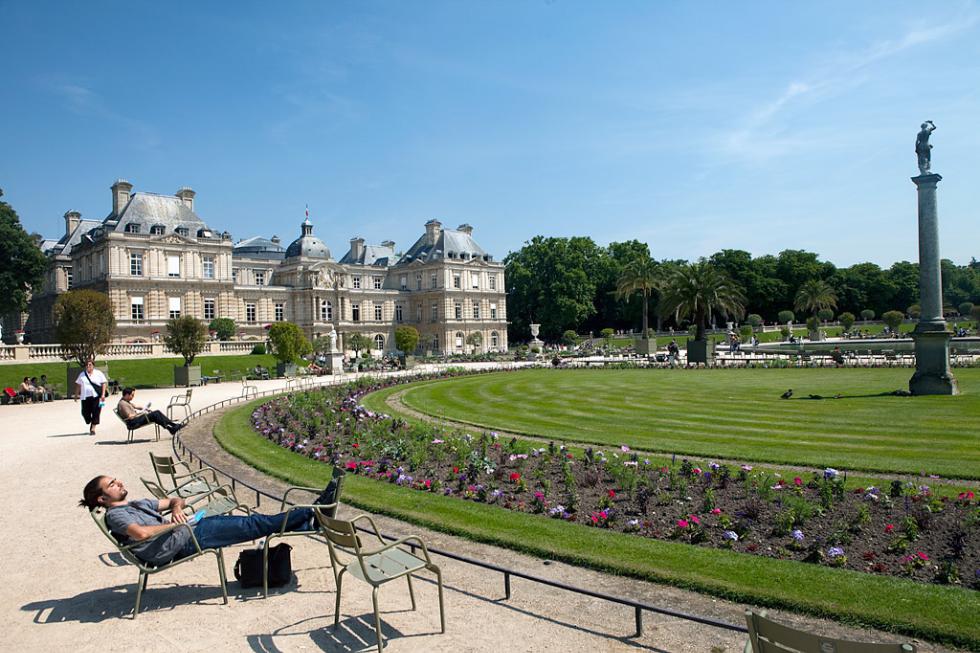 Markel Redondo
Stroll the Luxembourg Gardens
The Luxembourg has always been associated with artists, though children, students, and tourists predominate nowadays. The gardens are designed in the classic French tradition: well groomed and formally laid out, the trees planted in patterns. An extra bonus: being able to play boules (lawn bowling) with a group of elderly men who wear black berets and have Gauloises dangling from their mouths. 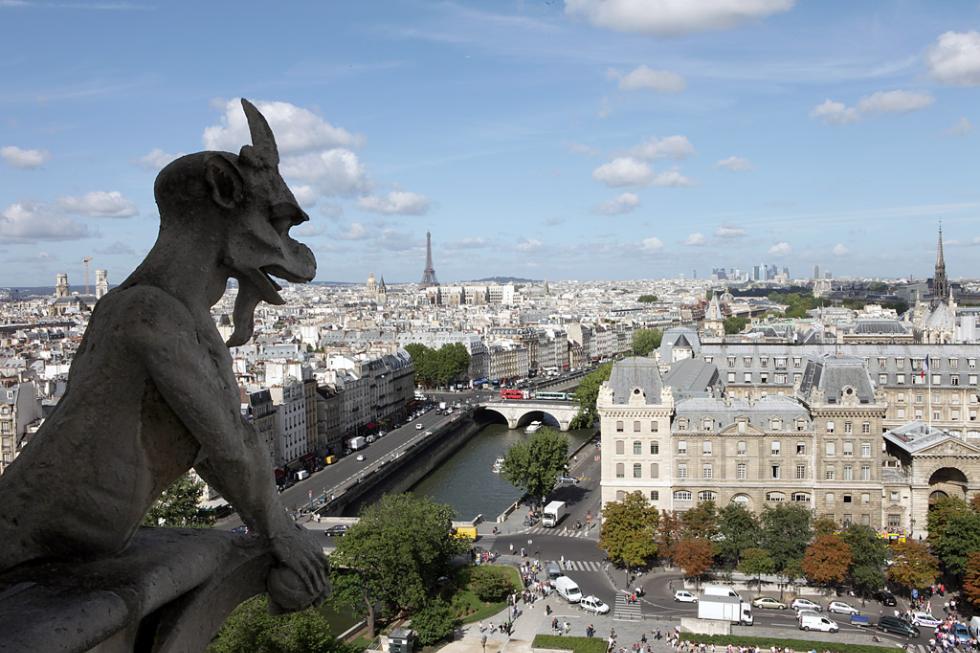 Markel Redondo
Overlook the City from the Roof of Notre-Dame
Notre-Dame is the heart of Paris and even of the country itself: Distances from the city to all parts of France are calculated from a spot at the far end of place du Parvis, in front of the cathedral, where a circular bronze plaque marks Kilomètre Zéro. Be sure to inspect the cathedral's famed gargoyles, whose roof-top perch affords them an amazing view of the city. 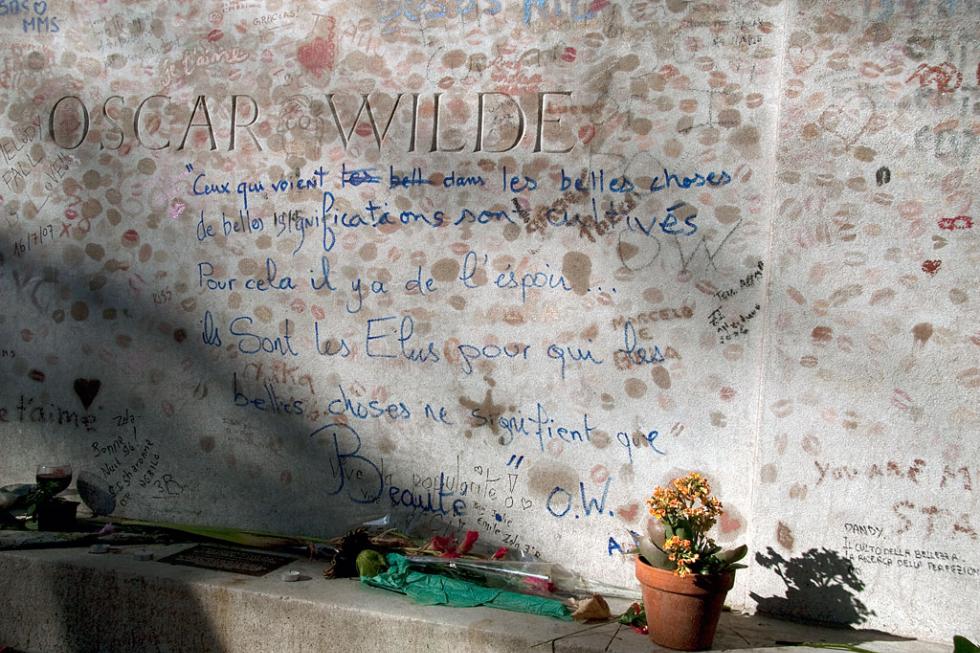 Markel Redondo
Pay Your Respects at Père-Lachaise
When it comes to name-dropping, this cemetery knows no peer; it has been called the "grandest address in Paris." Everybody from Sarah Bernhardt to Oscar Wilde to Richard Wright is resting here, along with Honoré de Balzac, Jacques-Louis David, Eugène Delacroix, Maria Callas, Jim Morrison, Max Ernst, and Georges Bizet. 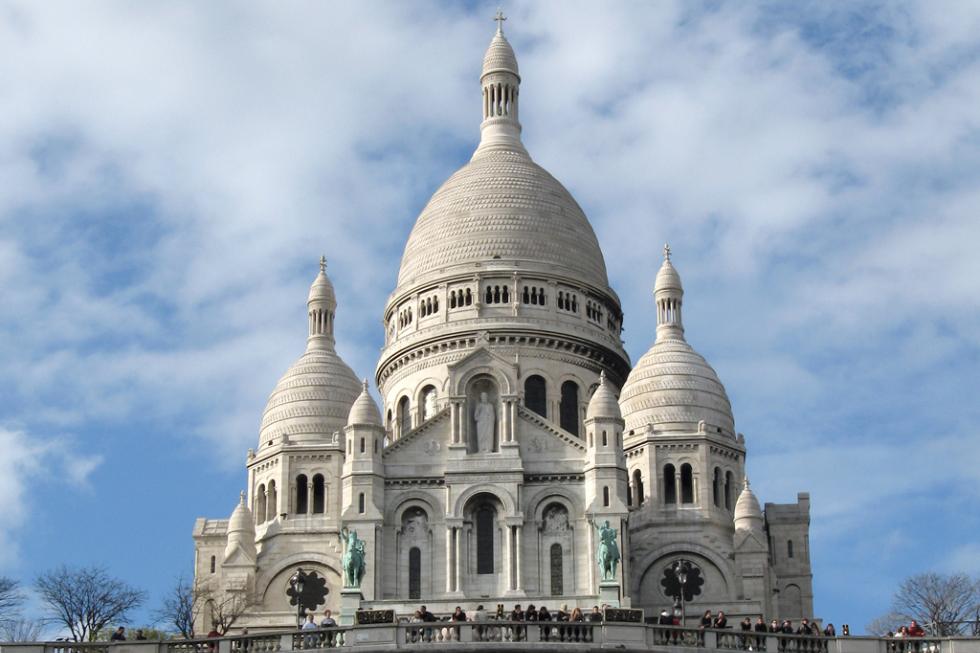 Markel Redondo
Experience the Majesty of Sacré-Coeur
Built as a votive offering to cure France's misfortunes, Sacré-Coeur is one of Paris's most distinctive landmarks. Artist Maurice Utrillo never tired of drawing and painting it, and he and poet Max Jacob came here regularly to pray. Set atop Montmartre, its multiple gleaming white domes and campanile (bell tower) loom over Paris like a 12th-century Byzantine church. 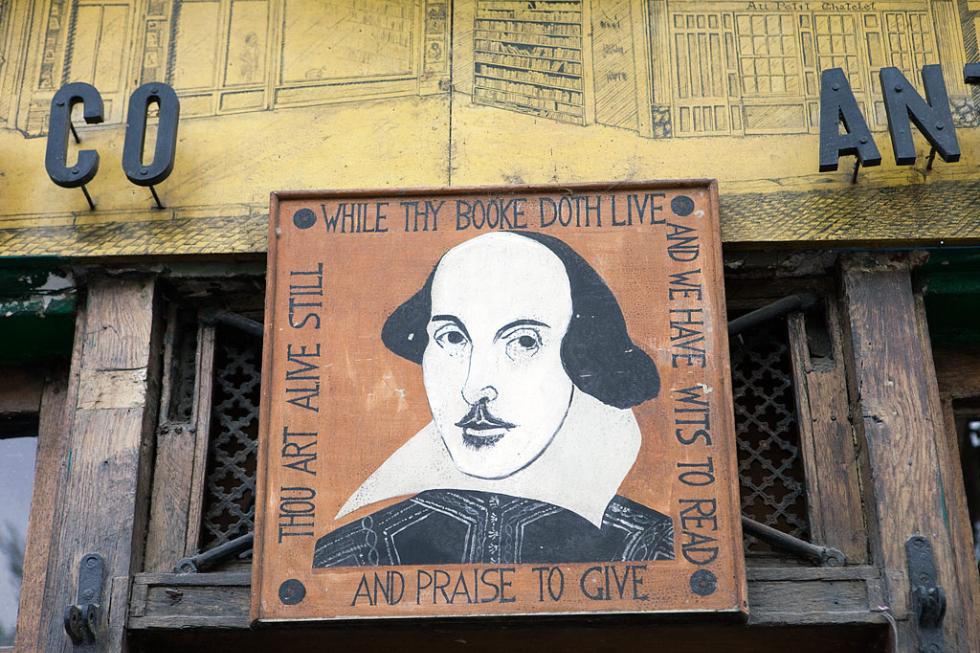 Markel Redondo
Browse the Bookshops of Paris
The most famous bookstore on the Left Bank is Shakespeare and Company, on rue de l'Odéon, home to Sylvia Beach, "mother confessor to the Lost Generation." Hemingway, Fitzgerald, and Stein were frequent patrons, as was Anaïs Nin, the diarist noted for her description of struggling American artists in 1930s Paris.
Arts and Culture
Family & Kids
Food and Drink
Honeymoons