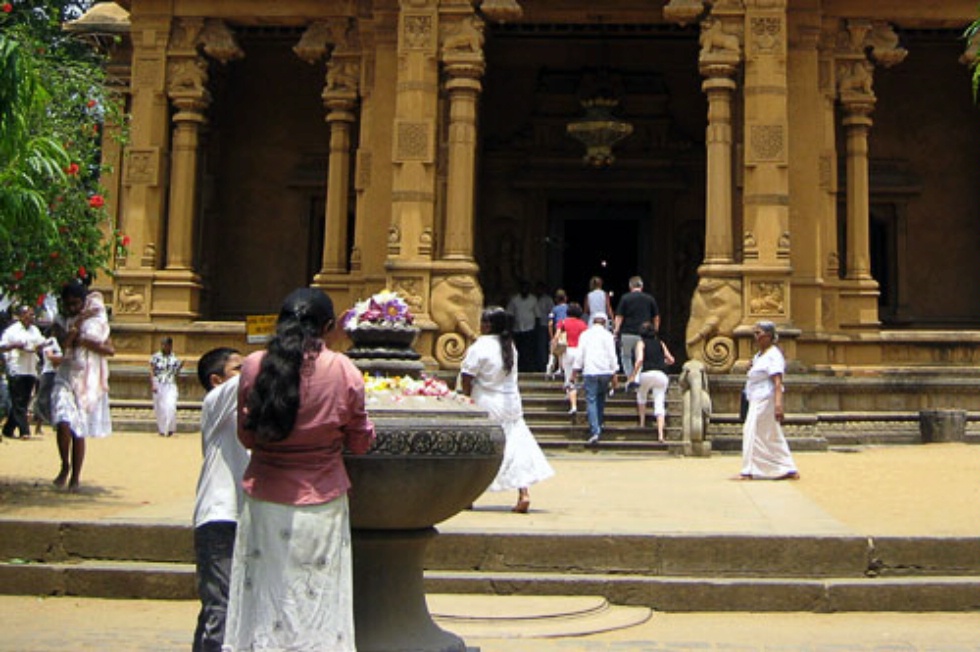 By Tini Tran
Sri Lanka was called "Serendib" by the Arab traders who happened by chance upon this lovely teardrop-shaped island, floating between the Indian Ocean and the Bay of Bengal. Modern travelers are likely to feel just as fortunate: Sri Lanka offers beautiful natural landscapes, welcoming people, and a rich, fascinating culture. Though tourists kept safely visiting the country during the years of its civil war, the end of the conflict in 2009 has brought more people than ever.

Here are eight reasons you should discover Sri Lanka, once known as Ceylon, for yourself. 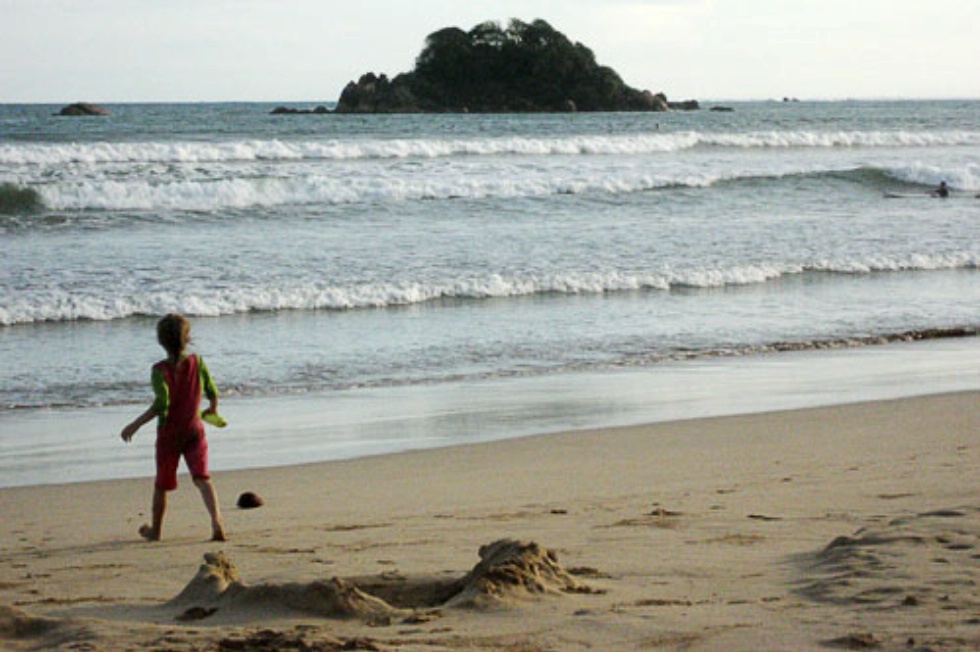 Tom Beer
1. Beaches
With more than 1755 miles of coastline, Sri Lanka has picture-postcard beaches waiting to be discovered around every bend. The most tourist-friendly ones are found in the west and south, along the palm-fringed road that hugs the coast from the capital, Colombo, all the way round to Hambantota, in the island's southeast. Stop at Bentota, where the golden beach is sandwiched between the ocean and the lagoon, or farther along at Unawatuna, where the headlands shelter a tranquil bay. Lie on the beach at Weligama -- "sandy village" in Sinhalese -- and gaze out at the tiny private island of Taprobane. Or find serenity in the series of bays at Tangalla.

Photo Caption: Child playing along the the beach at Weligama in Sri Lanka.
advertisement 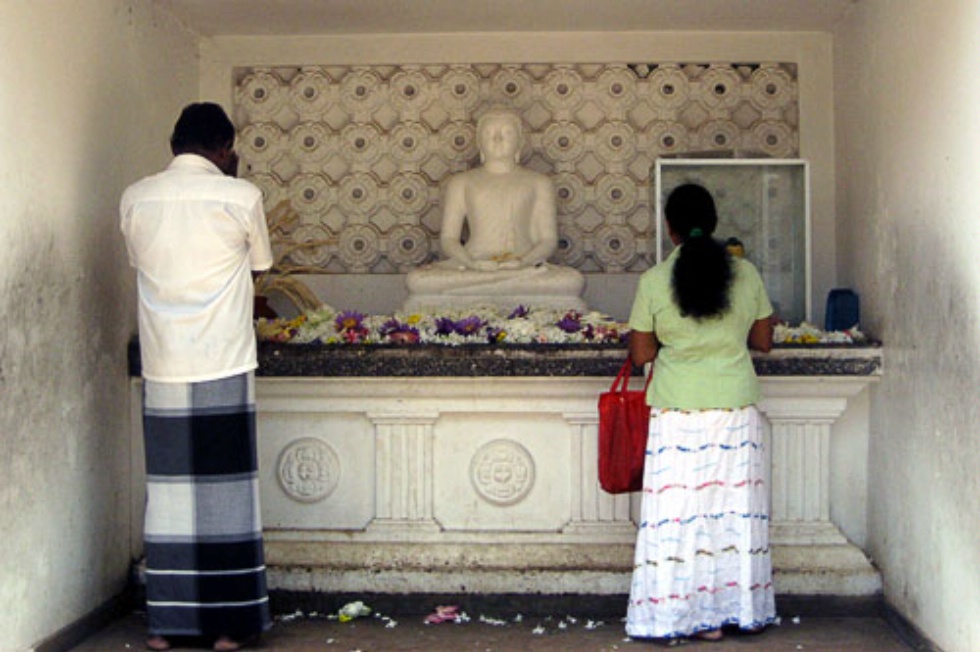 Tom Beer
2. Buddhist Culture
According to legend, the Indian Emperor Ashoka sent his son, Mahinda, on a mission to bring Buddhism to Sri Lanka in 250 B.C. Today, Sinhalese Buddhists make up three quarters of the population, and the island is dotted with colorful temples, serene Buddha statues and sacred bo trees. Visit the Kelaniya temple, near Colombo, where the Buddha himself is said to have visited, and worshippers still bring offerings of jasmine and betel nut, as they have for centuries. In Kandy, the Temple of the Tooth -- where, according to legend, the Buddha's tooth relic is stored -- is perhaps the most cherished temple in all of Sri Lanka. 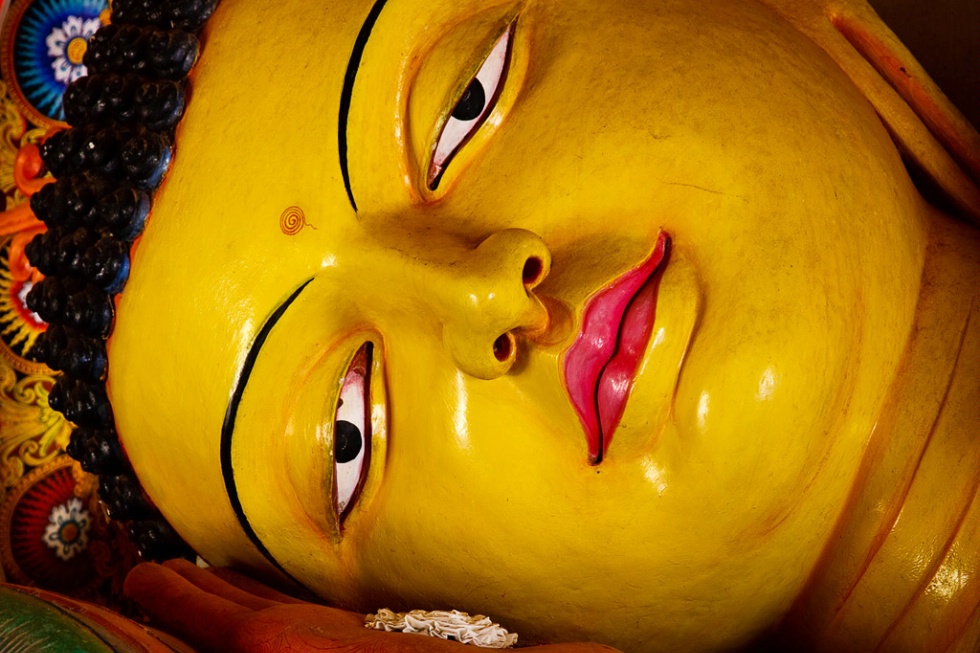 Frommers.com Community
3. Ancient History
Some three centuries before Christ, Sri Lanka had a flourishing civilization with its capital at Anuradhapura, and later at Polonaruwa, in the north-central dry zone. Here the kings lived in elaborate palaces and constructed monumental Buddhist shrines and vast tanks that supplied water to the populace. No one knows exactly why these kingdoms declined, but for centuries their ruins were overgrown by jungle, until British explorers uncovered them in the early 19th century. Today, it's fascinating to scramble around the ruins and imagine the splendor of the Sri Lankan past. 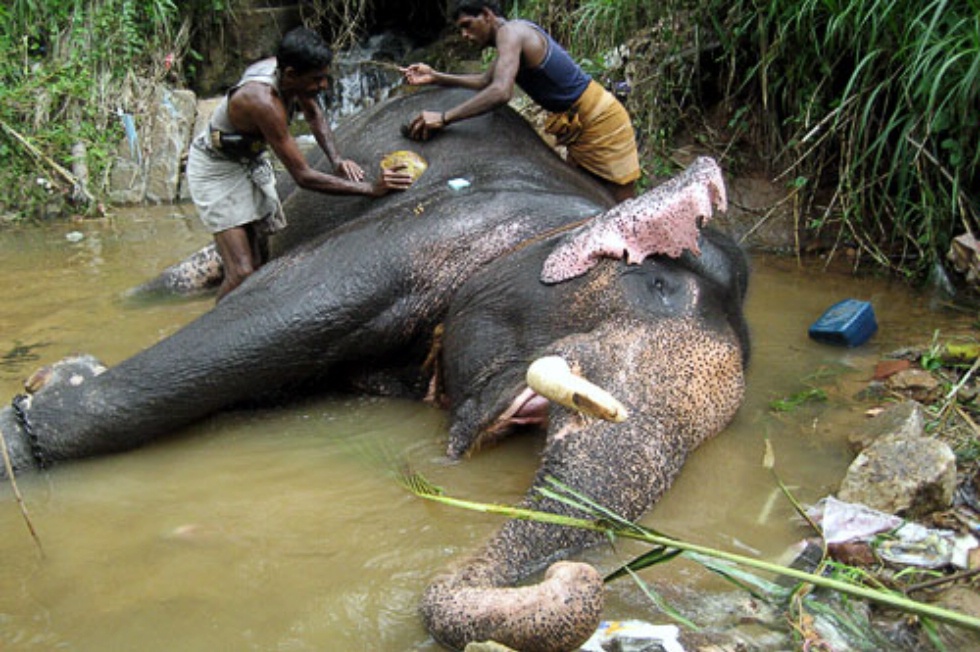 Tom Beer
4. Wildlife
You don't have to search long to find an elephant in Sri Lanka -- you'll see them on the roadsides, transporting heavy loads, or in temple processions. You can visit the Pinnawela elephant orphanage near Kegalle, and watch baby elephants being bathed. But the best place to spot wild elephants -- along with monkeys, deer, bears, wild boar, wild buffalo and, if you're lucky, a spotted leopard -- is Ruhuna National Park, better known as Yala. This 1249-square-kilometer nature preserve in the island's southeast is the perfect stop for nature lovers who want to see animals in their natural habitat. 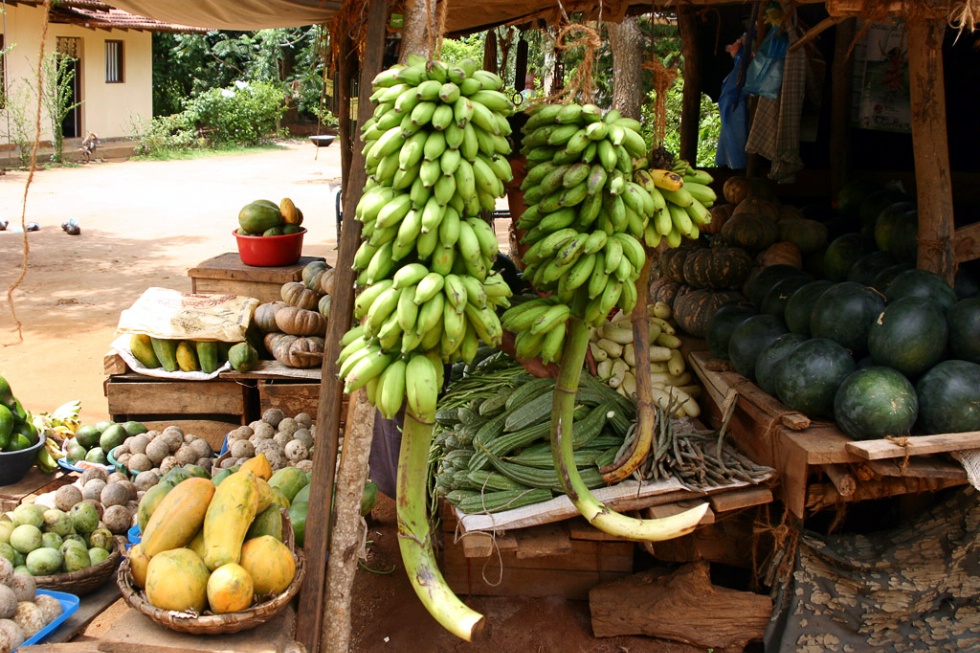 Frommers.com Community
5. Food
Some like it hot -- and Sri Lanka's fiery curries are made just for them. Local dishes feature coconut milk and, depending on the curry, lots of chilies. A typical Sri Lankan meal consists of rice, served with a variety of meat, fish and vegetable curries, all distinctively flavored with cinnamon, cardamom and other native spices. You can eat with a fork and spoon, but why not do it Sri Lankan style, mixing the rice and curry and scooping up mouthfuls with your right hand? The locals will tell you that the flavors mingle and taste better that way. 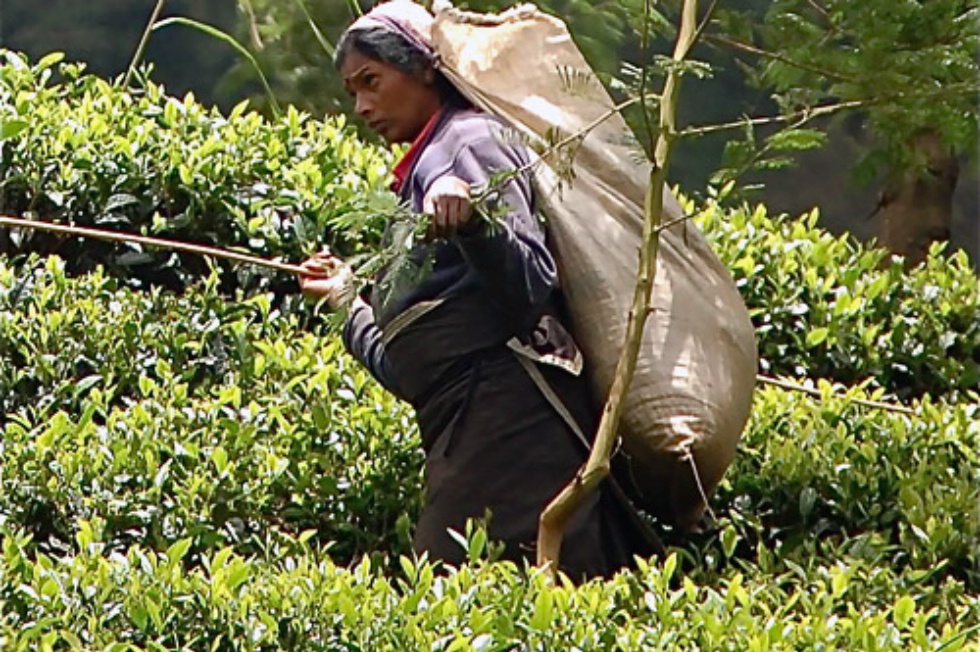 Frommers.com Community
6. The Hill Country
For breathtaking views and scenic wonder, it's hard to beat the central hill country. The train ride from Colombo to Kandy has to be one of Sri Lanka's most magical experiences, as the railroad winds up and around the steep, verdant hills and the giant outcropping known as Bible Rock. The slopes to the south and east of Kandy are home to the island's tea industry, and everywhere you'll see tea pluckers hard at work, filling their large straw baskets with leaves. Amateur hikers can make a visit to the Knuckles range (6,112 feet), where an easy trek winds through pine forest and offers lovely views of the Dumbara valley below.

Photo Caption: Woman at work on the terraced rows of tea in the highlands of Sri Lanka. 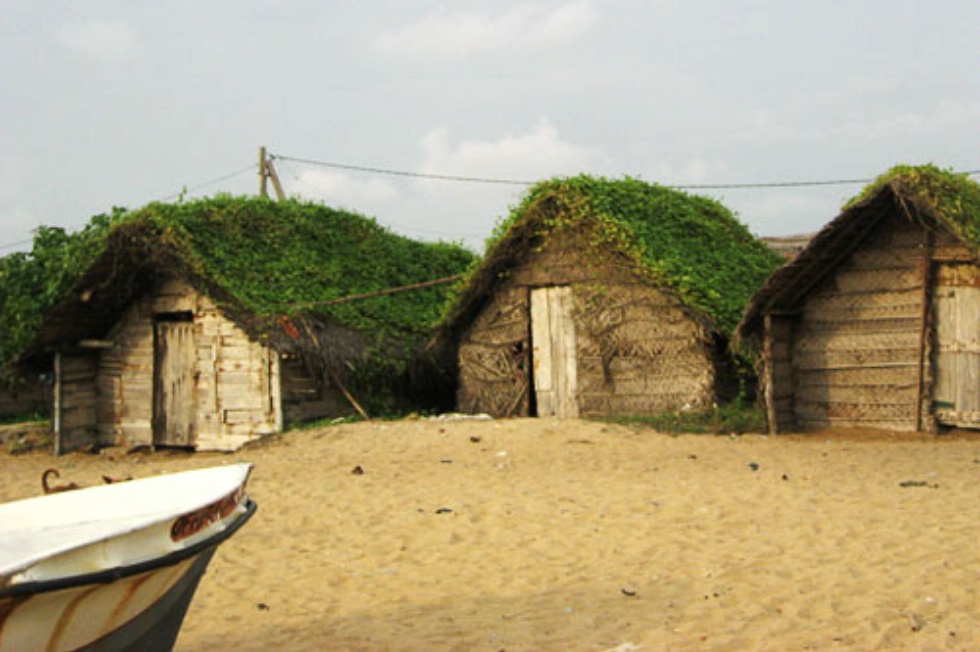 Tom Beer
7. Water Sports
Along with Sri Lanka's pristine beaches comes a whole host of water activities. Beginning surfers will find boards for rent and a gentle surf at Weligama, in the south. For the more adventurous, there's kitesurfing, popular on the western Kalpitiya peninsula. There local fishermen can ferry you out to the Bar Reef for snorkeling or diving, and a close-up look at the gorgeous coral formations and vibrantly colored fish. Ask your guide to take you dolphin watching -- if you're lucky you'll come across whole schools of dolphins, jumping and spinning like crazy. 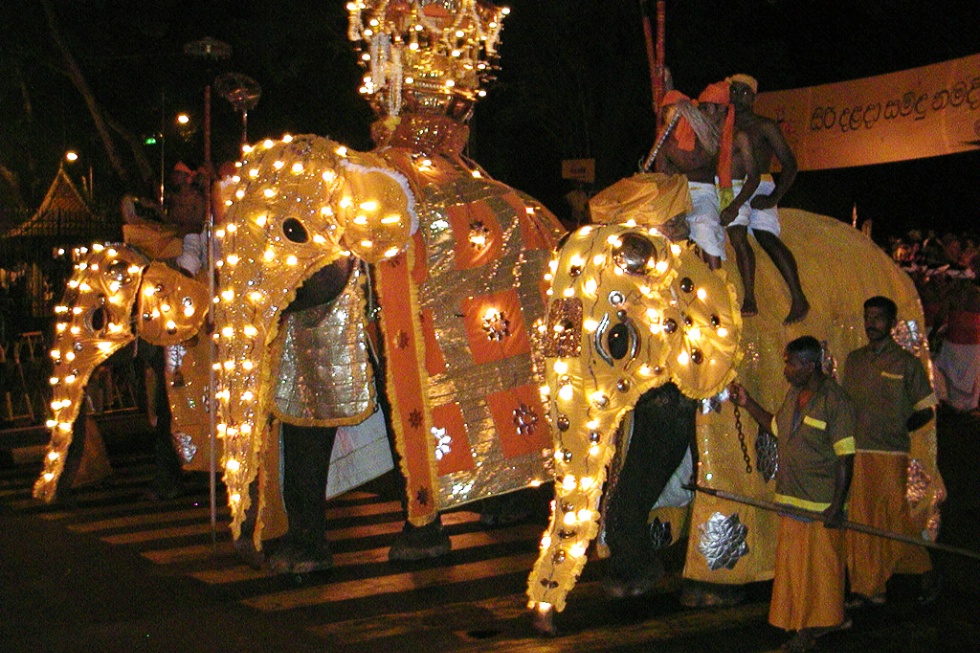 Frommers.com Community
8. Festivals
If you're looking for spectacle, book your ticket for August and head straight to Kandy, where the Esala Perahera presents a rich pageant of caparisoned elephants, costumed dancers, drummers and whipcrackers passing through the streets by torchlight. It's all an excuse for the Temple of the Tooth to parade a replica of the Buddha's tooth relic. The Kandy Perahera ("procession" in Sinhalese) is the best known of Sri Lanka's festivals, but there are many others throughout the year, including the one at Kataragama in the south, where pilgrims walk on fire and perform other extraordinary acts of self-mortification for the town's namesake god.