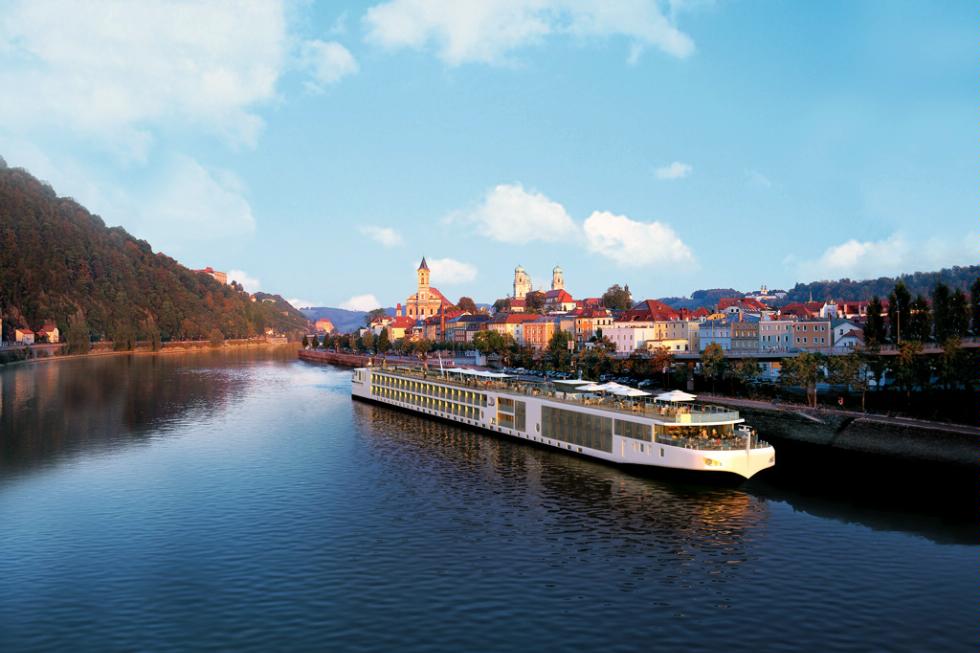 New Cruise Ships on the Horizon for 2012

By
What's Hitting the High Seas
By Heidi Sarna

Each year, cruise lines compete to come out with the most "I-can't-believe-that's-on-a-cruise-ship" features. From waterslides and Grand Prix racing simulators for the kids to gourmet restaurants and brew pubs for the adults, the newest cruise ships are raising the stakes. For 2012, check out these five ocean-going ships that are debuting for the North American market, plus another seven river boats.

Photo Caption: An artist's rendering of the new Viking Embla on the Danube River. 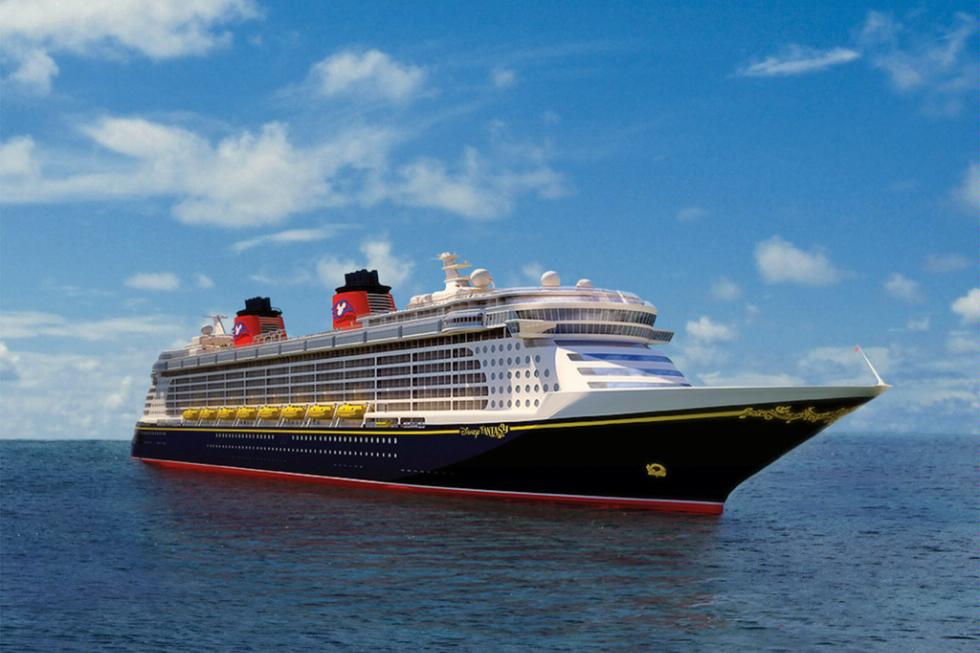 Highlights: Disney Fantasy will be the second of Disney's second-generation ships and the fourth in the fleet. She'll be decked out in 1930s-era glamour. For instance, the three-deck atrium lobby is reminiscent of grand ocean liners with Art Nouveau-inspired details, such as a chandelier made with stained glass and crystal beads. The 14-deck-high ship offers new water features (like the "Aqualab"for water experiments) and new stage shows, including a Muppet-themed "interactive adventure quest around the ship."There's even a new "princesses and pirates" boutique. A ramped-up version of the Animator's Palate restaurant -- way more interactive than on the line's older ships -- features an "Animation Magic"dinner show. Like the rest of the fleet, most of the Fantasy's cabins will have family-friendly bathrooms (one room has the shower/tub and the other the toilet) as well as extensive kids' programming for infants on up to teens. Rounding out the family-friendly features are three pools: one for kids, one for families, and one for adults. 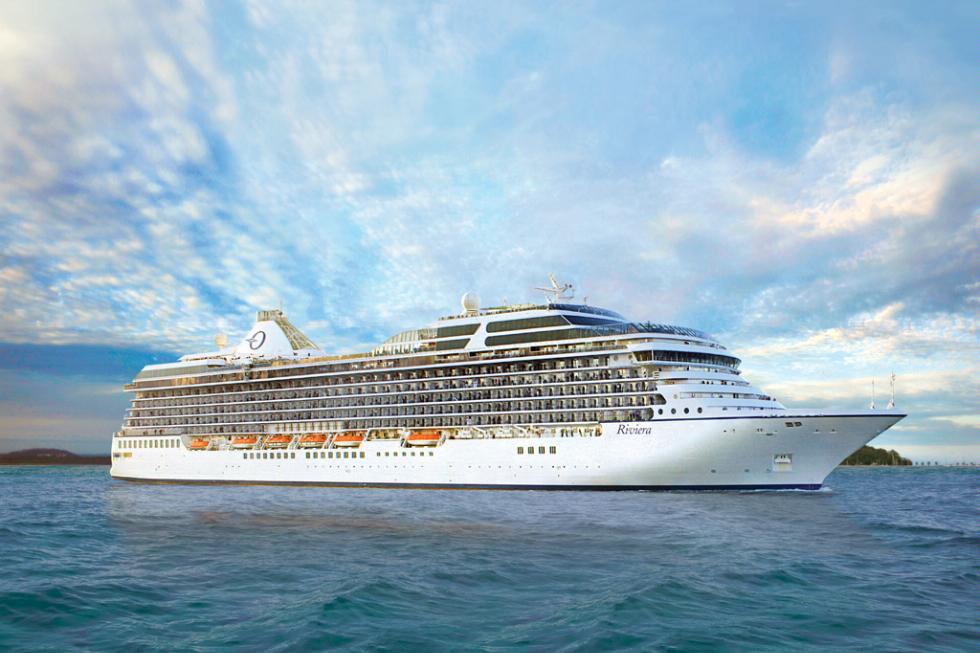 Itineraries: Riviera will do mostly 10- and 12-night Europe cruises between ports including Barcelona, Piraeus/Athens, Civitavecchia/Rome, Lisbon, Venice, and Istanbul. Next winter, it'll move to the Caribbean for mostly 10-night cruises through the islands.

Highlights: Sister ship to this year's Marina, the midsize Riviera is just as elegant with a boutique-hotel feel. There is a Lalique Grand Staircase, and the Owner's Suites are furnished in Ralph Lauren Home. With a focus on fine dining, this Oceania ship has 10 venues (six of which are open-seating gourmet restaurants with no surcharge, including Jacques, the namesake restaurant of world-renowned Chef Jacques Pépin). The spa is operated by Canyon Ranch. Activities include art classes and hands-on cooking classes.

Photo Caption: A rendering of the upcoming Oceania Riviera 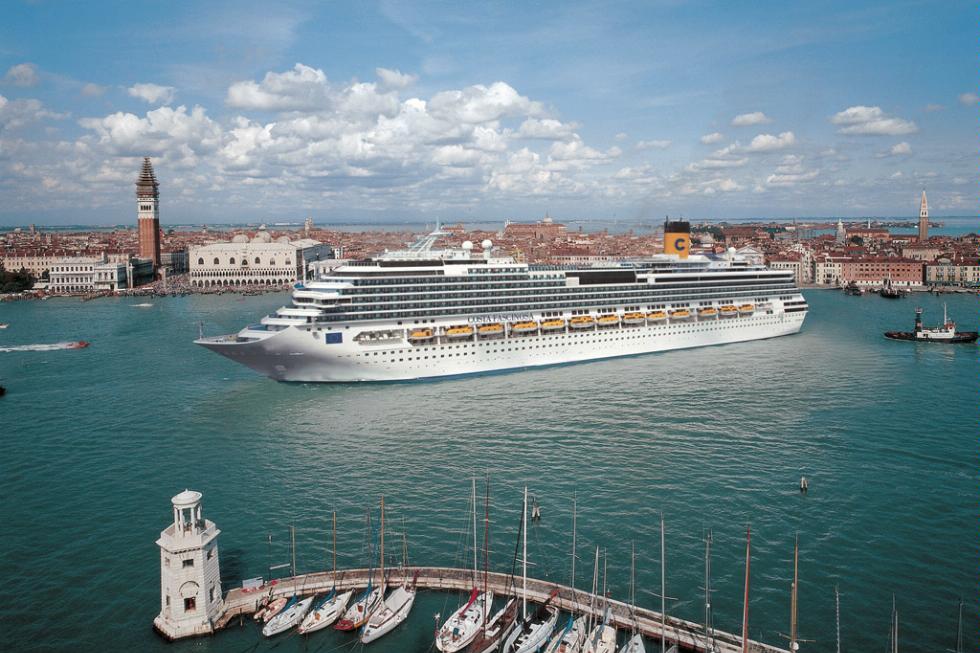 Itineraries: Through November 2012, Fascinosa will do 7-night sailings round-trip from Venice, visiting ports in Greece and Croatia.

Highlights: The fifth ship in Concordia class, Fascinosa's décor uses plenty of crystal and marble throughout. Choose from five restaurants and 13 bars, including a cognac-and-cigar bar and a coffee-and-chocolate bar. Two of the four pools have retractable covers, and the two-level spa has a thalassotherapy pool and Turkish bath. Entertainment venues on this Costa ship include the three-deck-high show lounge, plus a huge outdoor video screen for movie and program viewing. The cool PlayGround area has a 4D cinema and the latest PlayStation videogames. High-tech virtual golf and Grand Prix simulators invite passengers to experience the thrill of rally driving or the challenges of a golf pro.

Photo Caption: An artist's rendering of the new Costa Fascinosa 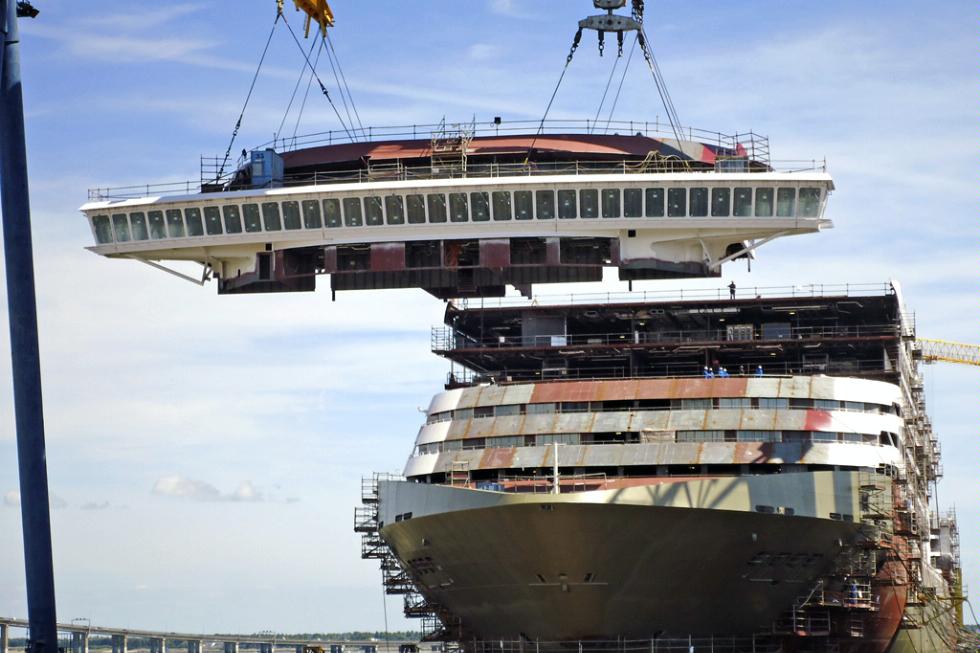 Itineraries: Divina will do 7-night eastern Mediterranean itineraries round-trip from either Venice or Bari, including calls in Greece, Turkey and Croatia through October 2012.

Highlights: The latest in the Fantasia-class ships (which includes MSC Splendida and MSC Fantasia), the Divina will be MSC Cruises' largest vessel with four restaurants, a spa, a 1,603-seat theater, and a garden pool with stunning views of the sea. Divina will also offer the line's MSC Yacht Club, a "ship-within-a-ship,"with 69 suites that include the services of a personal butler, plus complimentary wines and spirits in the MSC Yacht Club's private lounges and pool area.

Photo Caption: Constructing the MSC Divina, set to debut in 2012 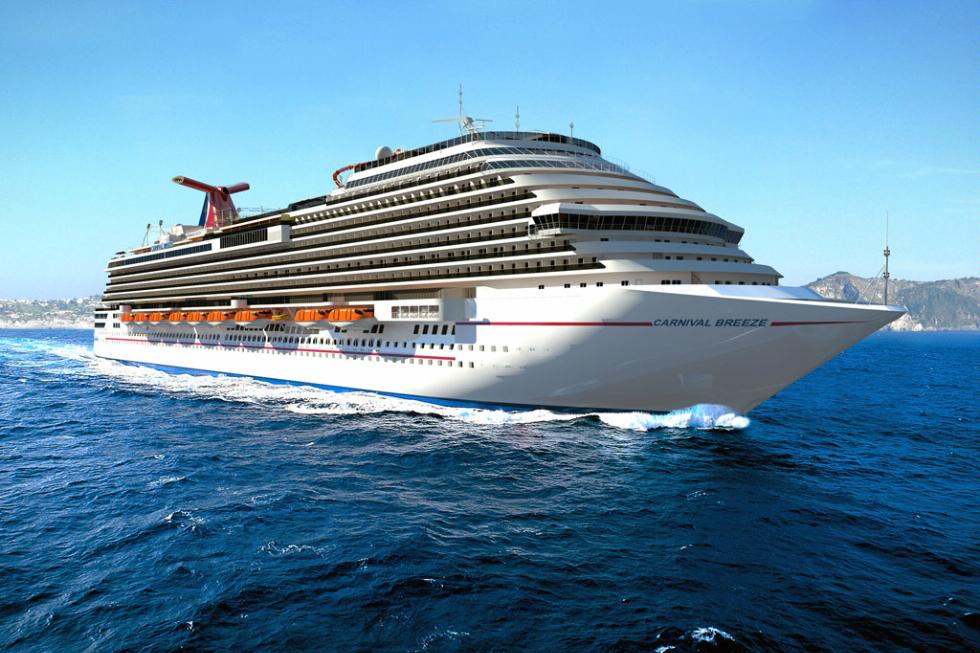 Itineraries: The Breeze will offer 12-night Europe cruises out of Barcelona for the summer before starting its year-around schedule of 6- and 8-night Caribbean cruises round-trip from Miami.

Highlights: The third of Carnival's Dream-class ships, the Breeze will have a top-deck theme-park-style water park with thrilling slides, plus the Serenity adults-only deck and lounge area. The new SportSquare is an open-air recreation complex with a ropes course, mini-golf, and outdoor fitness area. The Lanai features a wraparound promenade with whirlpools extending over the ship's sides. Enjoy a giant poolside LED screen for movies and videos, a huge gym and spa, and extensive kids' programming. Check out the three main restaurants, plus a steakhouse, Italian venue, sushi bar, deck grille, and a pub with a private beer label. Entertainment options include a comedy club, piano bar, and multiple nightclubs.

Photo Caption: A rendering of the new Carnival Breeze, scheduled to debut in 2012. 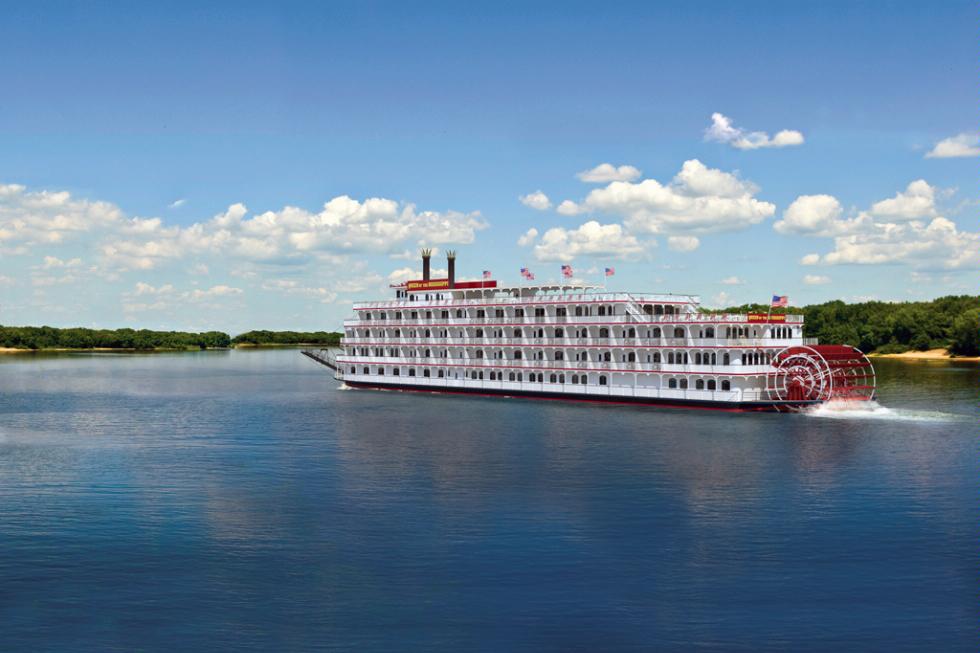 Itineraries: Queen of Mississippi will be based on the Mississippi and tributaries, sailing mostly out of New Orleans, Memphis, and St. Louis on 7-night river cruises. The route takes passengers as far north as St. Paul, MN on the Mississippi River and as far east as Pittsburgh, PA on the Ohio River.

Highlights: This authentic sternwheeler river boat (a single paddlewheel at the back of the vessel helps to propel the ship through the water with the aid of a diesel engine) has elegant Victorian-style décor and large cabins with sliding glass doors and private balconies. This U.S.-built boat has one single-seating dining salon, plus six lounges, a library and elevator service to all five decks.

Photo Caption: A rendering of the new Queen of Mississippi 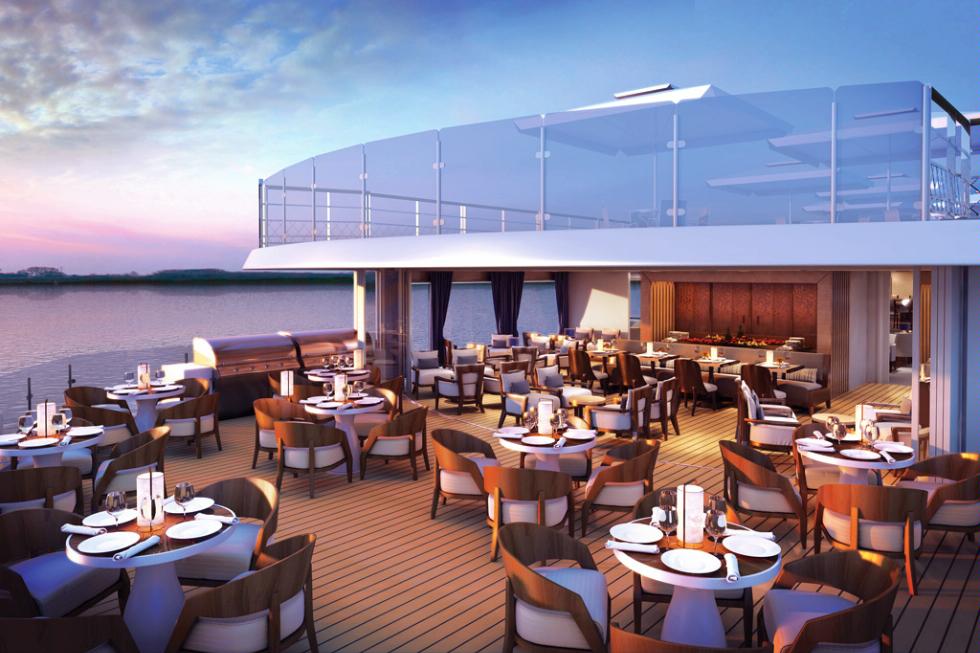 Itineraries: The boats sail between many ports, including Amsterdam, Budapest, Nuremburg, Passau, and Basel. The vessels focus on 7- to 14-night river journeys mostly on the Danube, Rhine and Main, plus the canals of the Netherlands.

Highlights: These six identical Viking Longships river boats will each have 95 ocean-view cabins with flat-panel televisions; 39 of the cabins will have private verandas. Each ship has a sun deck with 360-degree views and a shaded sitting area, plus indoor observation lounges and a restaurant with floor-to-ceiling windows. Each vessel also has a library, boutique and an elevator.

Photo Caption: An artist's rendering of the Aquavit terrace aboard the Viking Embla on Viking River Cruises.
advertisement
advertisement