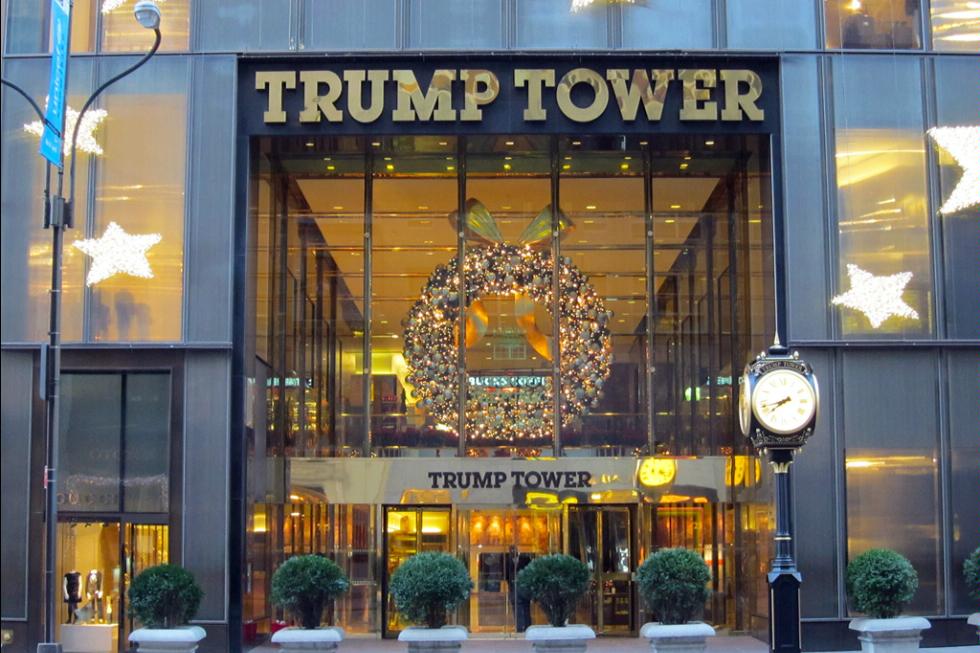 By
New York City has long been a headquarters for ambitious types, from financial power brokers to mercenaries, from free-spending hucksters to gas bags—and some things never change. The robber barons of the 19th century, such as Henry Clay Frick and J. P. Morgan, thrived here. So have their modern-day counterparts, including such titans as former Mayor Michael Bloomberg and other magnates whose names you may not know but have backroom power over your destiny. These are the landmarks that define them all. Oh, and something Donald Trump owns, too. Because it's fun to act like you fit in, too. 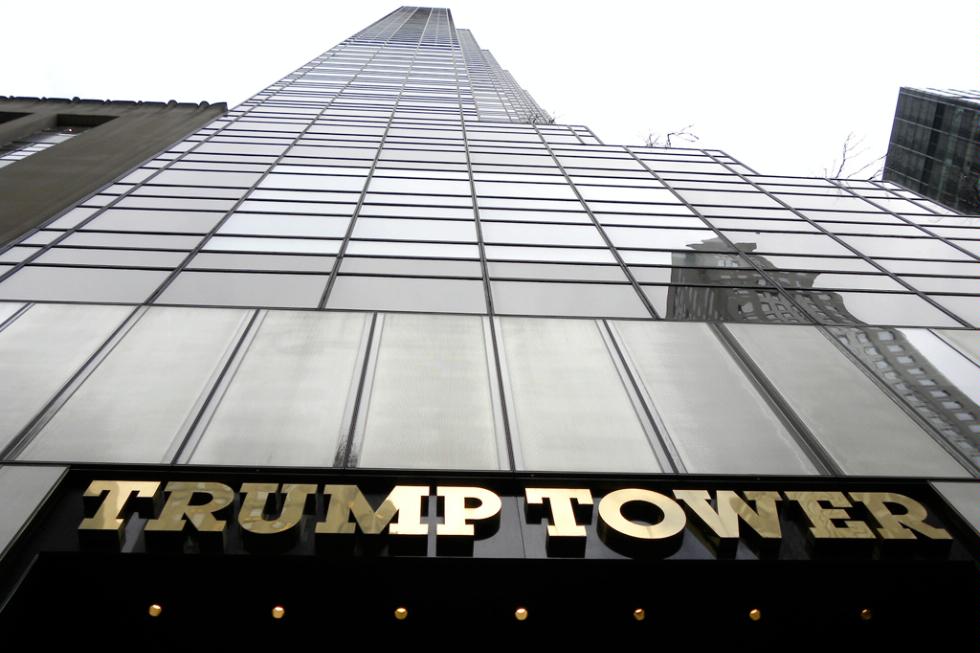 revstan
Trump Tower
This bold and brassy place is definitely not your average shopping mall. The gold signage on the 1983 building practically screams "Look at me!" Step inside to view the six-story mirrored atrium and the waterfall cascading down a pink-granite wall. Admire the glitzy displays of luxury shops such as Cartier and Asprey of London as you glide up the escalators. 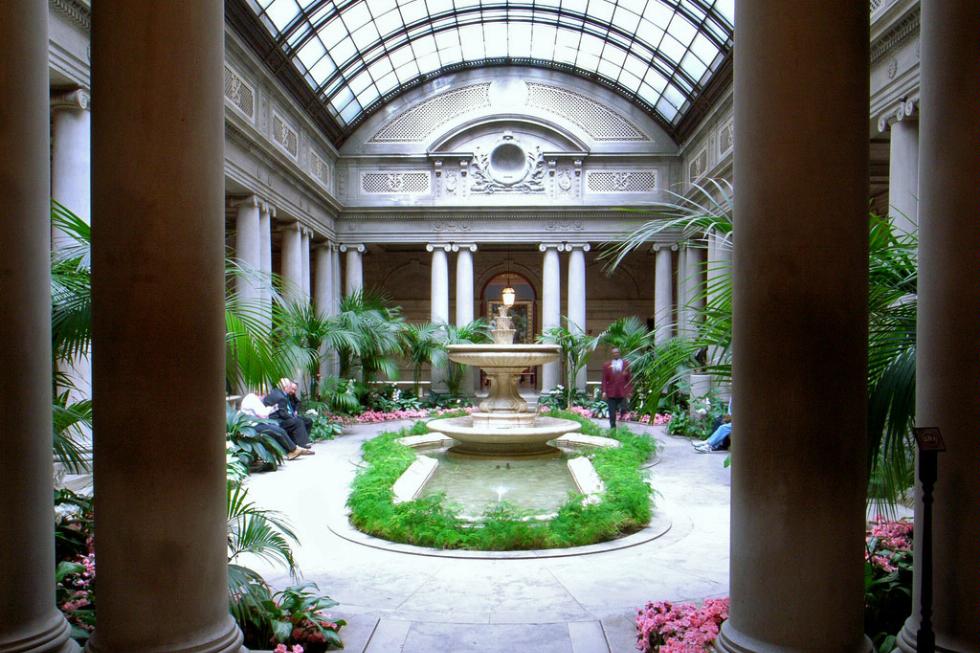 simonrudkin
The Frick Collection
Industrialist Henry Clay Frick, who controlled the steel industry in Pittsburgh at the turn of the 20th century, began collecting art after he made his first million. Architects Carrère & Hastings built this palatial French neoclassical mansion in 1914 to house both Frick's family and his art (Frick chose to live in Manhattan  instead of his native Pennsylvania, legend has it, to avoid the soot from the steel mills). This living testament to New York's Gilded Age is graced with paintings from Frick's collection: works by Titian, Gainsborough, Rembrandt, Turner, Vermeer, El Greco, and Goya. A highlight is the Fragonard Room, which contains the sensual rococo series The Progress of Love. The house is particularly stunning in its Christmas finery. 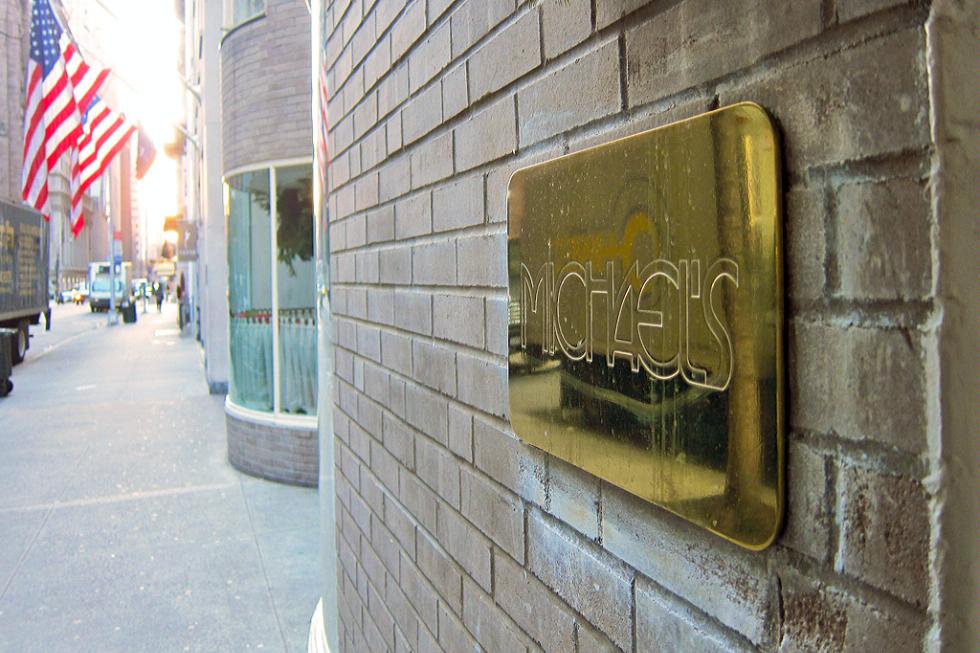 Lauren Morgan
Michael's
The New York media elite lunches at Michael's, a spacious spot in a landmark building -- and we're talking everybody, from Barbara Walters to Bill Clinton. You know your place in the pecking order when you are seated in this power palace -- even though the fresh flowers, pretty paintings, and sunny California cuisine work to soften the blow. Of course, if you're a media mogul in training, you may be too pressed for time to glad-hand it at Michael's. Grab lunch to go instead from a food cart such as Daisy May's BBQ, which dishes out some of New York's best barbecue. 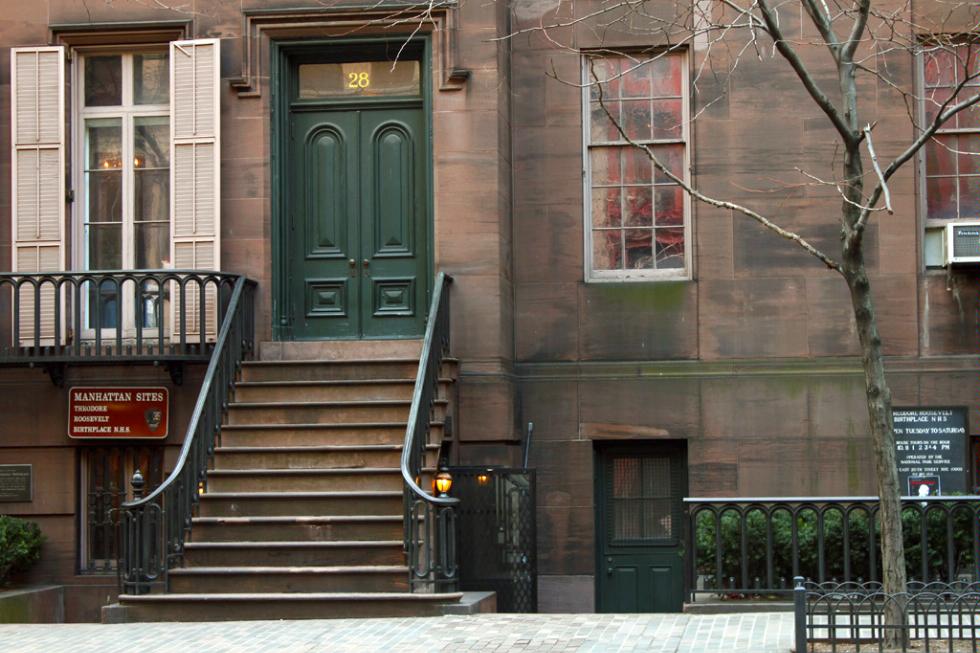 antxoa
Theodore Roosevelt Birthplace
America's 26th president was born and raised here (the original house was destroyed in 1916, then faithfully reconstructed in 1923). It was decorated by Roosevelt's wife and sisters with many original furnishings. The reconstructed house contains five period rooms, two museum galleries, and a bookstore. Roosevelt was the nemesis of the robber barons. Known as the "Trust Buster," he broke up monopolies in industries such as railroads and steel to protect the public interest. 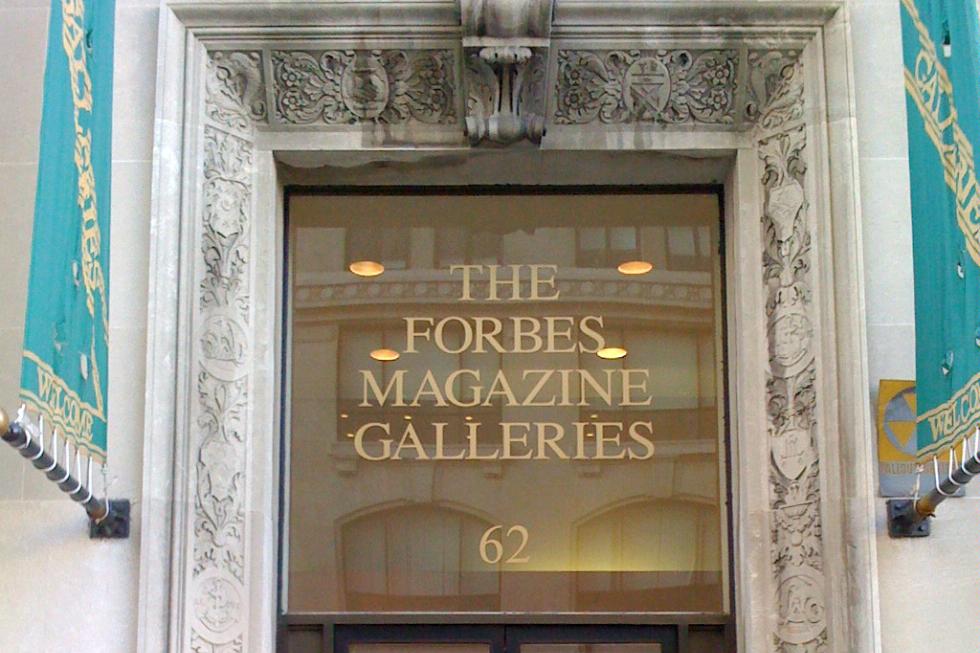 johnwilliamsphd
Forbes Galleries
The late magnate Malcolm Forbes was a passionate collector. Toy soldiers (10,000 or so), early edition Monopoly boards, and toy boats (over 500) are the highlights here. (The real stars of the Forbes collection, 12 Fabergé Imperial Eggs, were sold, fittingly, to a Russian tycoon in 2004.) Changing exhibits have included a selection of letters written by first ladies, jeweled flowers and fruit by Cartier, and historically accurate miniature rooms. You can book a free tour in advance. 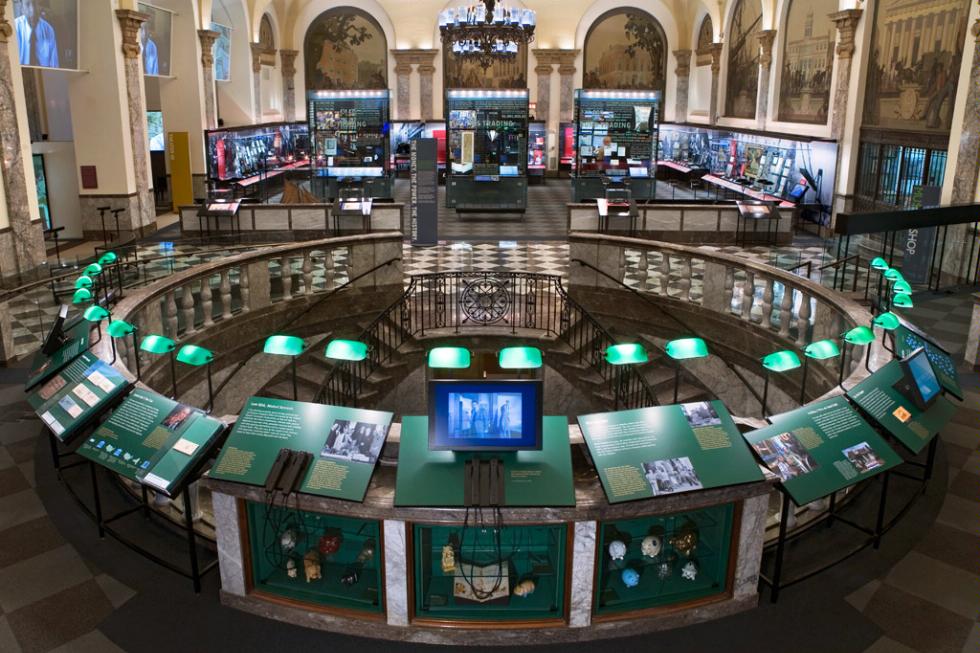 Chuck Choi
Museum of American Finance
This museum explores the country's free-market traditions and spirit of entrepreneurship. It is housed in a landmark Benjamin Morris-designed building from the late 1920s, with major exhibitions filling the building's grand mezzanine. 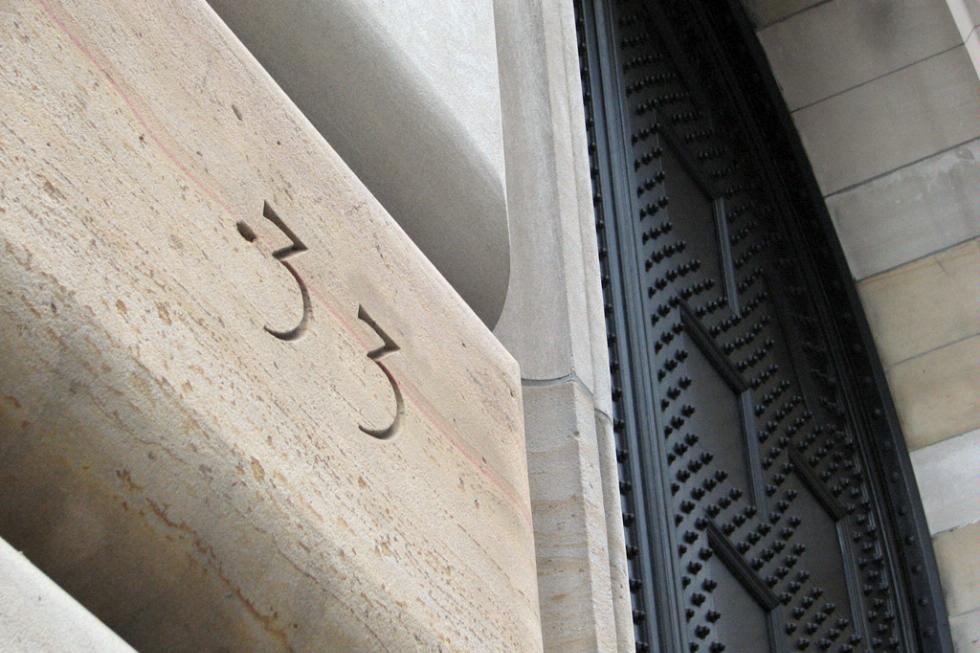 epicharmus
Federal Reserve Bank of New York
This is where they keep the gold -- $90 billion of it. It rests 50 feet (15m) below sea level. You can tour the gold vaults and the bank's museum on a free 1-hour tour, but be sure to book at least one week in advance. 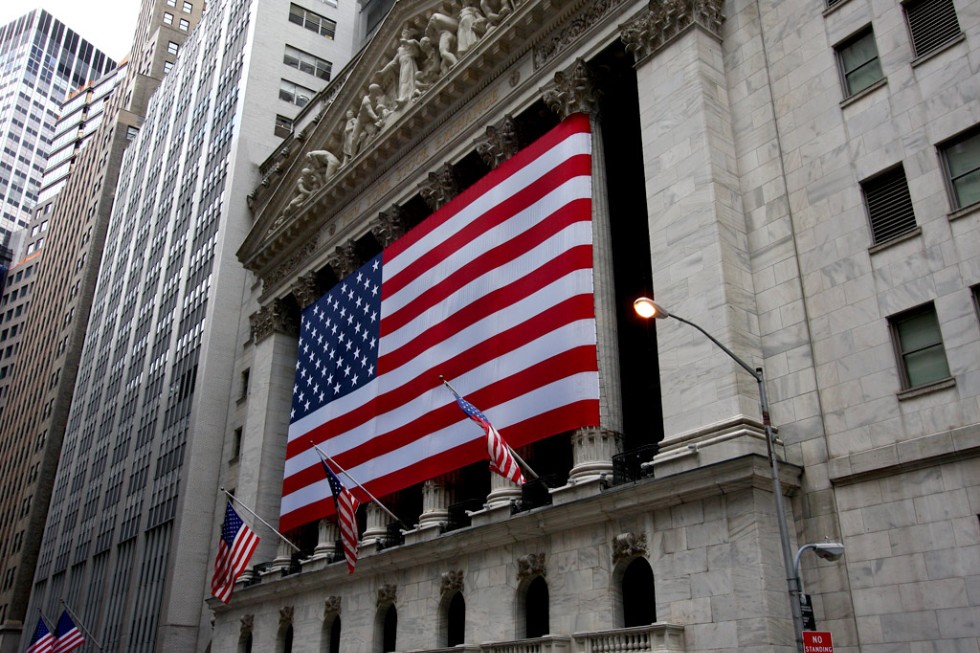 Frommers.com Community
New York Stock Exchange
The serious action is here on Wall Street, a narrow lane dating from the 17th century. At its heart is the NYSE, the world's largest securities exchange. The NYSE came into being in 1792, when merchants met daily under a nearby buttonwood tree to trade U.S. bonds that had funded the Revolutionary War. In 1903 traders moved into this Beaux Arts building designed by George Post. The NYSE is still surrounded by heavy security and is not open to the public.