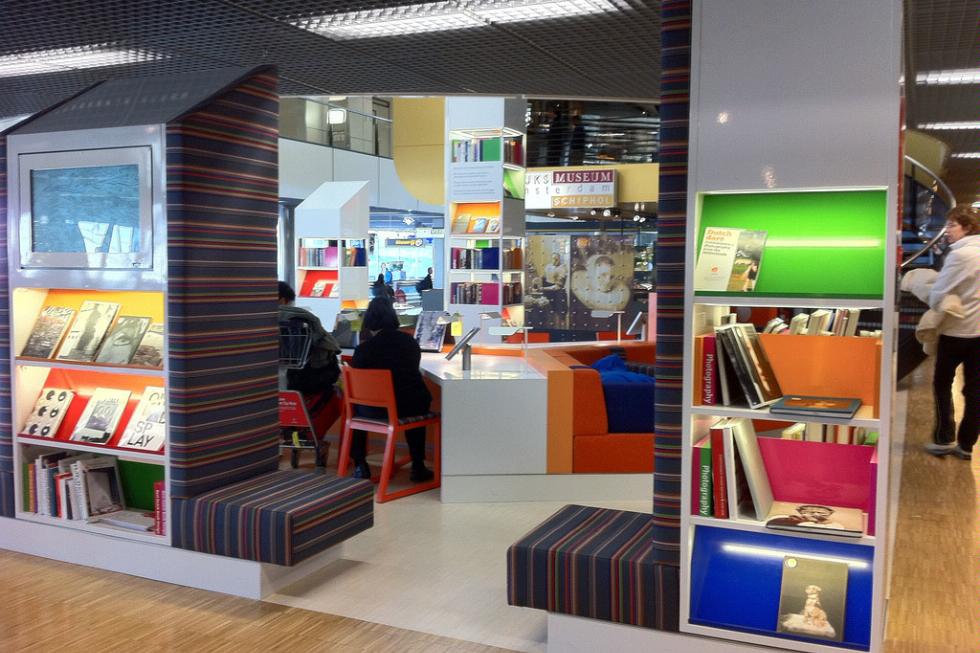 By
Free Upgrades
By Sascha Segan

Airports aren't known for being full of free goodies. They leverage their captive audiences to get travelers to pay for every minute you're sitting around, whether it's in $2.49 bags of chips or $9.99 Wi-Fi. But some airports stand out: rather than bilking and milking, they understand that travelers will want to return to a city if their first or last impression is a positive one. And what's more positive than getting something for nothing?

I was surprised to find that Asian airports don't hold all the spots on this top-10 list. While U.S. airports aren't known for being cozy, friendly places to hang out, some of them try to make things better with the occasional free gadget. If you're bringing your own gadgets, check the directory at Wi-Fi Free Spot to see if your airport offers free Wi-Fi (www.wififreespot.com/airport.html).

On to the free stuff!

Photo Caption: The Schiphol Airport Library in Amsterdam, the Netherlands 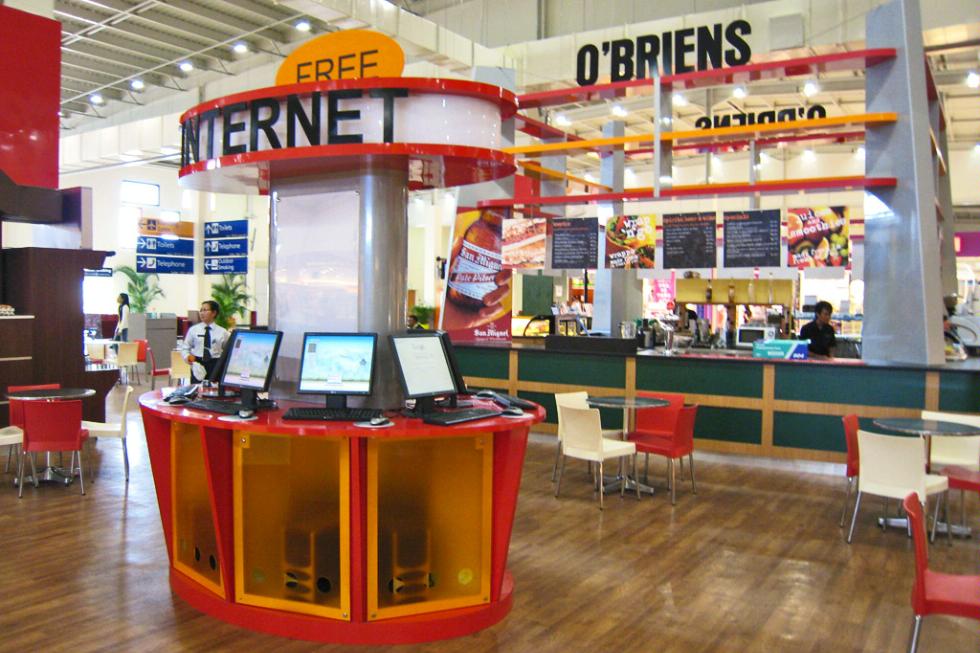 Photo Caption: One of the free Internet terminals at the Singapore Changi Airport 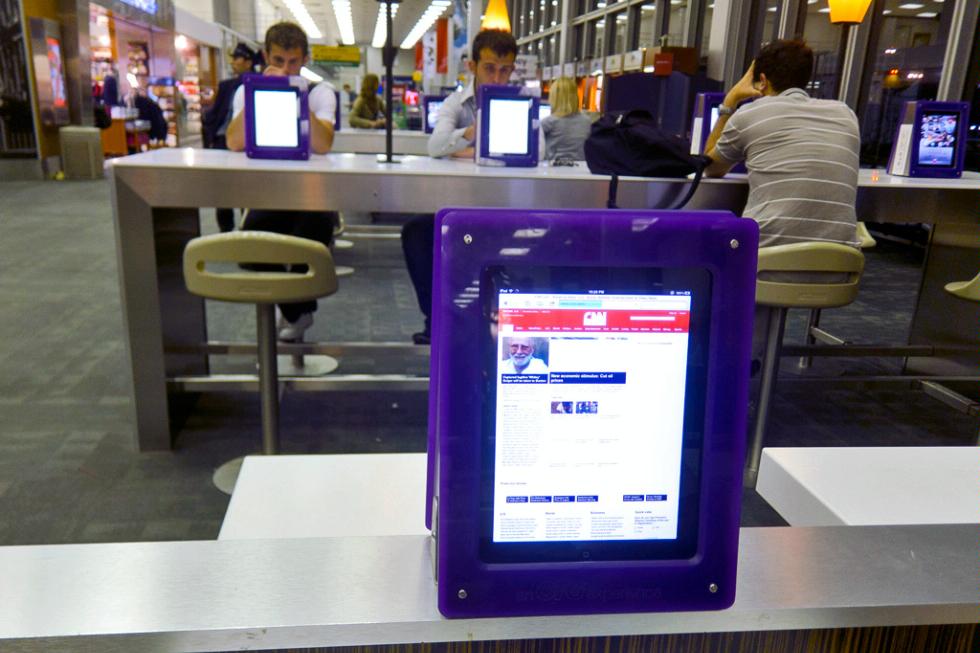 zokuga
Free iPads: JFK Airport Terminals 2-3
JFK Terminal 3 is the worst airport terminal in America; it's literally crumbling, so Delta has declared it unsalveageable and plans to demolish it. Until then: iPads! Delta has installed 200 iPads at restaurants near the gate areas. Sure, you can use them to order food, but you can also surf the Web, check your email, stream videos or find other ways to anesthetize yourself against the misery of your surroundings. (Delta has done the same at LaGuardia, another one of the nation's worst airports.) 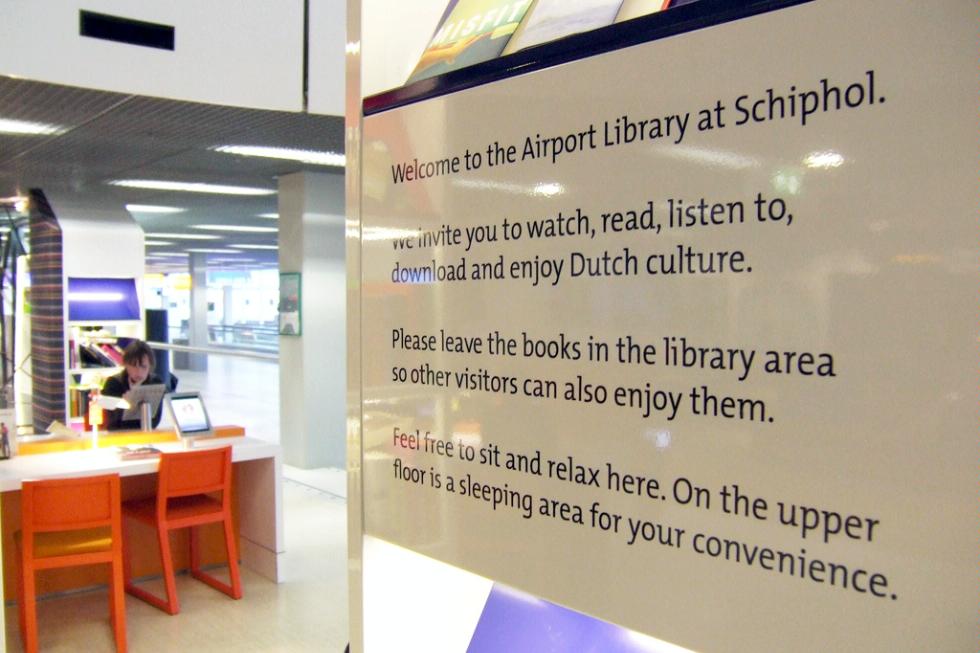 Benjamory
Free Library: Amsterdam Schiphol
The Amsterdam airport is big for layovers, and the Dutch are big on reading. Let's combine the two! Schiphol Airport Library (www.airportlibrary.nl) is a showcase for Dutch culture, with Dutch literature in translation, Dutch music and even its own Twitter feed (@airprtlibrarian). Nine of the 25 seats have iPads, as well. The library is part of "Holland Boulevard," the cultural area of the airport which also has a (non-free) branch of Amsterdam's Rijksmuseum.

Photo Caption: The Schiphol Airport Library in Amsterdam, the Netherlands 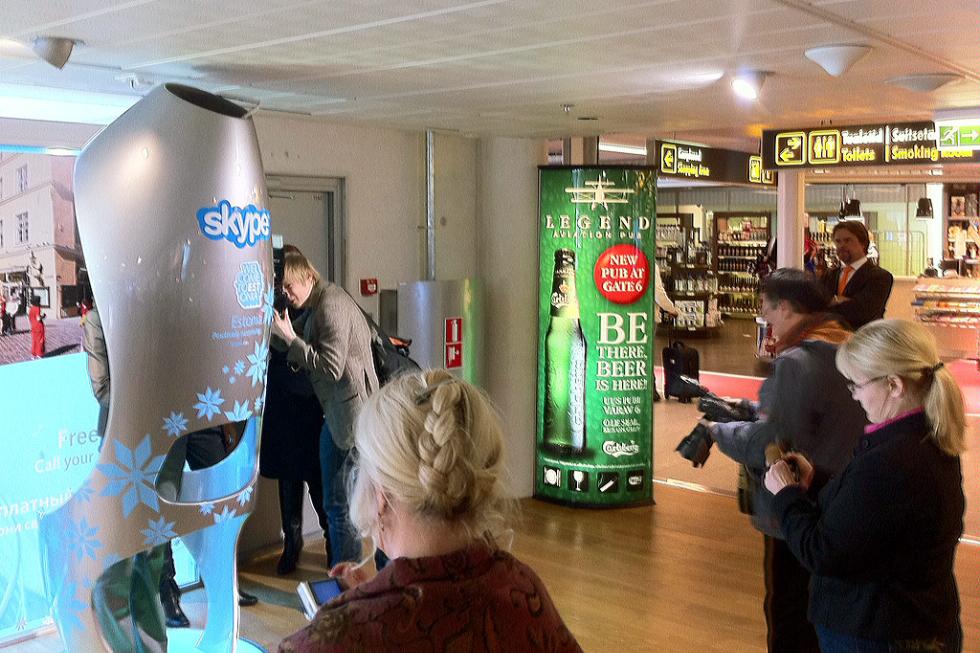 seikatsu
Free Skype Calls: Tallinn, Estonia
Skype was originally written by Estonian programmers, so it's no surprise that the country is relentlessly proud of its best-known major export. In April 2011, the first free Skype video chat booth (www.tallinn-airport.ee) popped up at Tallinn's airport, and you can use it to make unlimited, free video calls anywhere in the world. If there's too much of a line, you can try sending an email from the 14 free Internet kiosks in the airport, or hooking up your own laptop over the airport's free Wi-Fi. 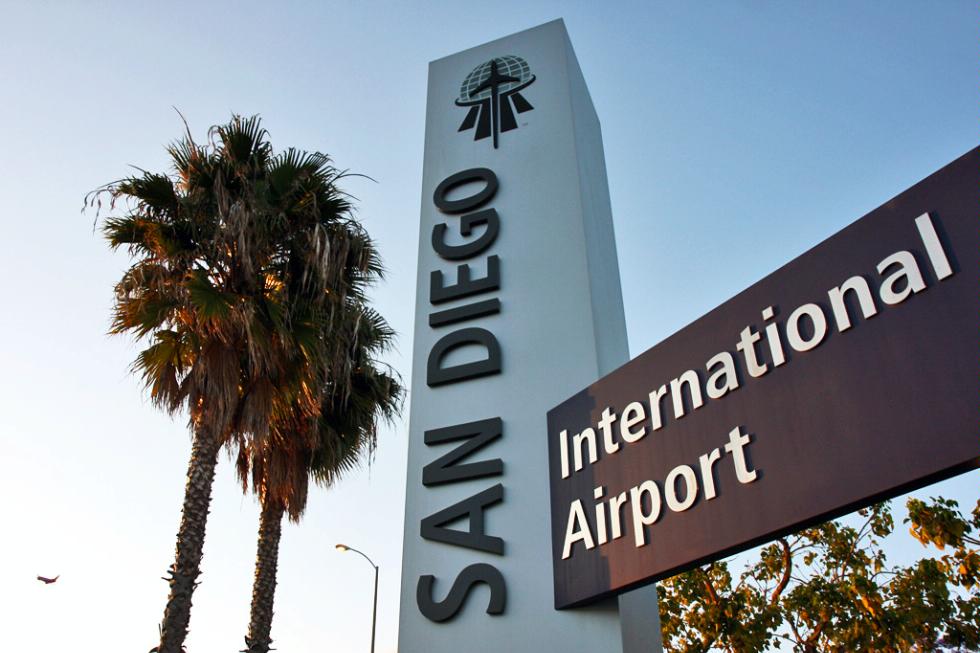 nathaninsandiego
Free Airport Tours: San Diego
Ever wonder what goes on behind the scenes at a major airport? On the second and fourth Thursday and Friday of each month, if you're there at the right time, you can take a guided tour (www.san.org) of San Diego's airport and airfield, including areas out on the tarmac that you don't usually get to access from the jetway. Other airports offer tours, but I haven't been able to find any others that are free. 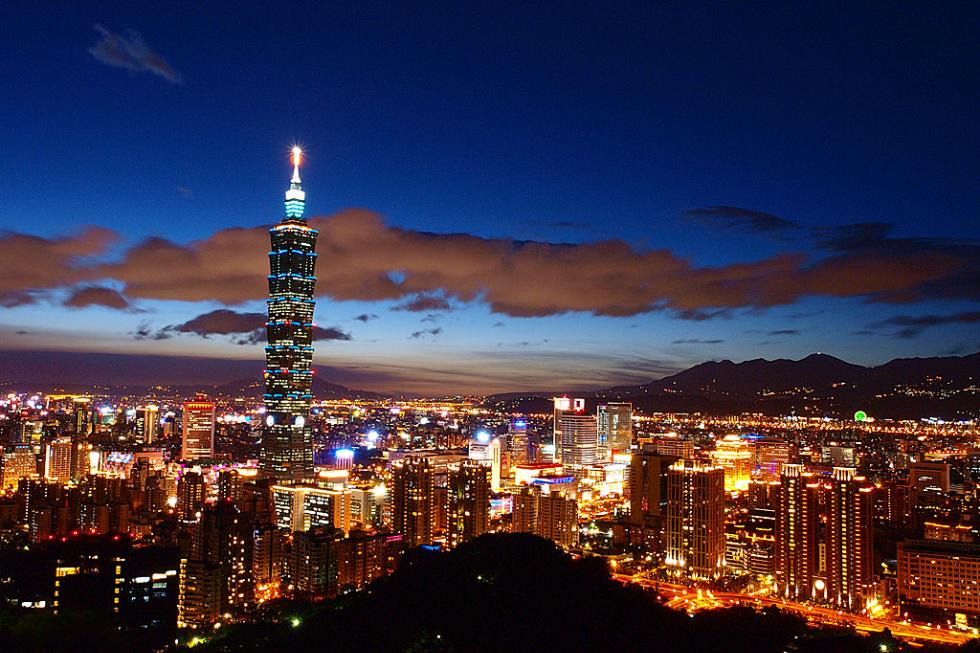 EtherH
Free City Tours: Taipei Taoyuan
If you're stuck in the airport for at least a few hours, the Taiwan Tourism Bureau offers free morning and afternoon tours of Taipei from Taoyuan International Airport (admin.taiwan.net.tw). The morning tour hits an ancient temple and a center for pottery-making; the afternoon tour takes you to another temple, Taiwan's tallest skyscraper and the home of Taiwan's president. Taipei isn't the only airport offering free city tours -- Singapore's airport also offers free city breaks. 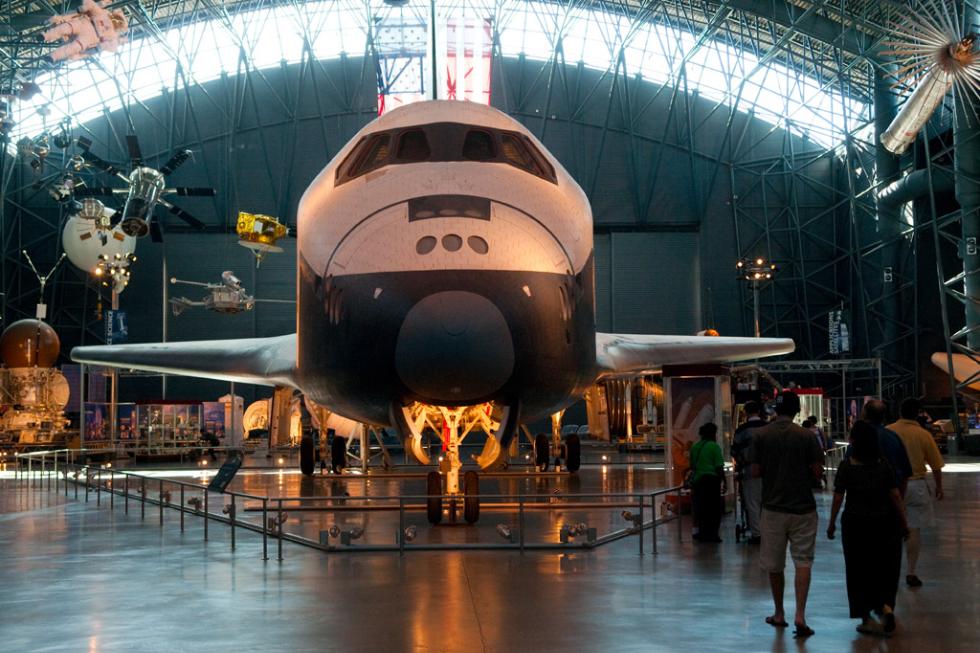 Rod Lamkey Jr.
Free Smithsonian Museum: Washington Dulles
Okay. I'm cheating a little bit: the Udvar-Hazy museum (www.nasm.si.edu/udvarhazy) adjacent to Washington Dulles airport requires a 50-cent, 15-minute bus ride to get there. But holey moley. This blows other little "airport museums" out of the water -- it's a set of giant hangars stuffed with things like an SR-71 Blackbird, the space shuttle Enterprise and the Enola Gay. Yeah, the plane that dropped the Bomb? They've got that. They also have free tours and an observation tower where you can watch planes landing at Dulles.

Photo Caption: The space shuttle Enterprise at the Udvar-Hazy Center of the National Air & Space Museum in Washington, D.C. 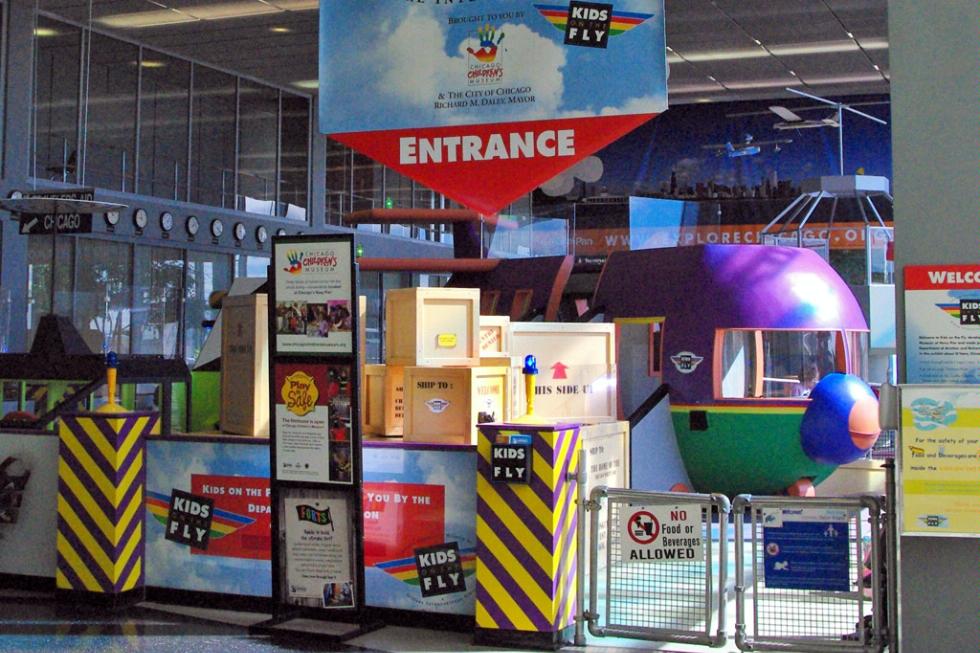 scook48227
Free Children's Play Area: Chicago O'Hare
Plenty of airports have children's play areas, but O'Hare's Terminal 2 "Kids on the Fly" exhibit stands out by being unusually large (at more than 2,000 square feet), airport-themed, and designed by the Chicago Children's Museum. The area has a play helicopter, play airplane, play check-in counter, and -- my favorite -- a collection of giant Legos for making towers with. That said, Munich's "Kinderland" also looks pretty great (www.munich-airport.de). 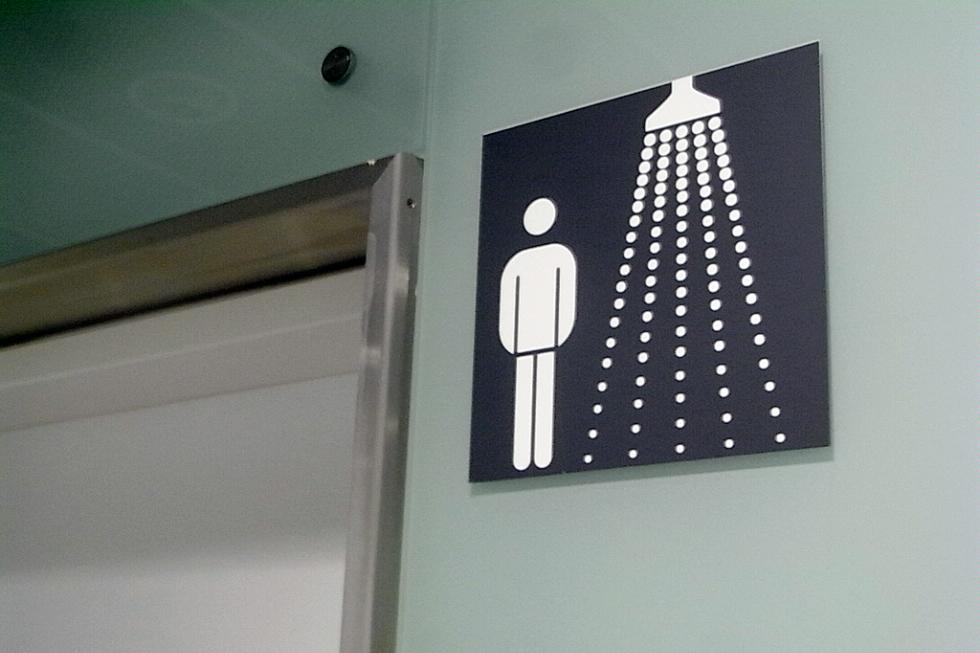 isriya
Free Showers & Coffee: Munich
Taking a shower in an airport may not appeal to you immediately, but it can be a real boon if you've just gotten off an overnight flight and need to be alert. Even if you can't face up to the shower (www.munich-airport.de), there's free coffee at various stations throughout Munich's Terminal 2. Bring a towel in your carry-on, though, or be prepared to pay; while the hot water comes gratis, vending machines serve travelers' demand for soap and towels. 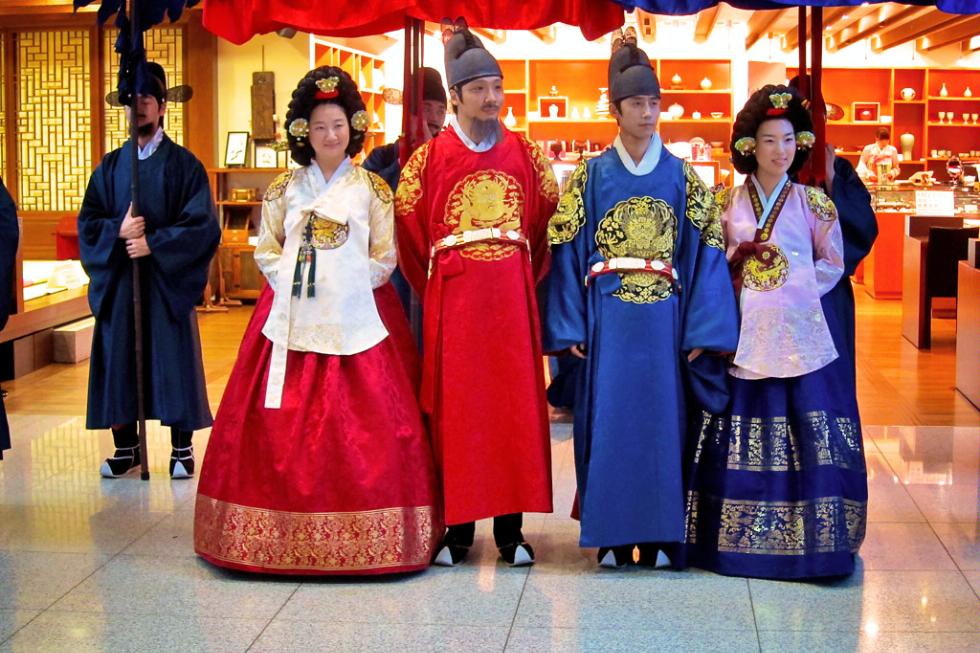 dgjones
Free Culture: Seoul Incheon
Seoul's airport wants you to come away from your layover knowing a little more about Korea. The free cultural museum (www.airport.kr), which was showing an exhibit on traditional Korean weddings and wedding wear the last time I was there, is only a start. The airport is studded with free "cultural attractions" -- one where you can dress up in traditional Korean clothes to get your picture taken, another where you can join a free class to make your own Korean handicraft.

Photo Caption: Traditional garb is on display in front of the Korea Traditional Cultural Experience Center at the Incheon Airport in Seoul, South Korea