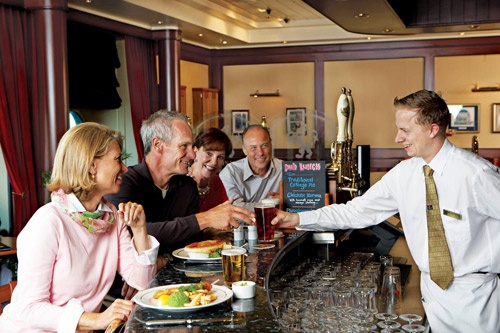 Cruise Ship Dress Codes: What To Wear at Sea

By
Proper Packing
One of the great things about cruising is that even though you'll be visiting several countries (or at least several ports) on a typical week-long itinerary, you won't be living out of your suitcase: You just check into your cabin on day one, put your clothes in the closet, and settle in. The destinations come to you. But what exactly do you need to pack? Evening wear aboard ship is about the same wherever you go, but your destination definitely affects what you'll need during the day. 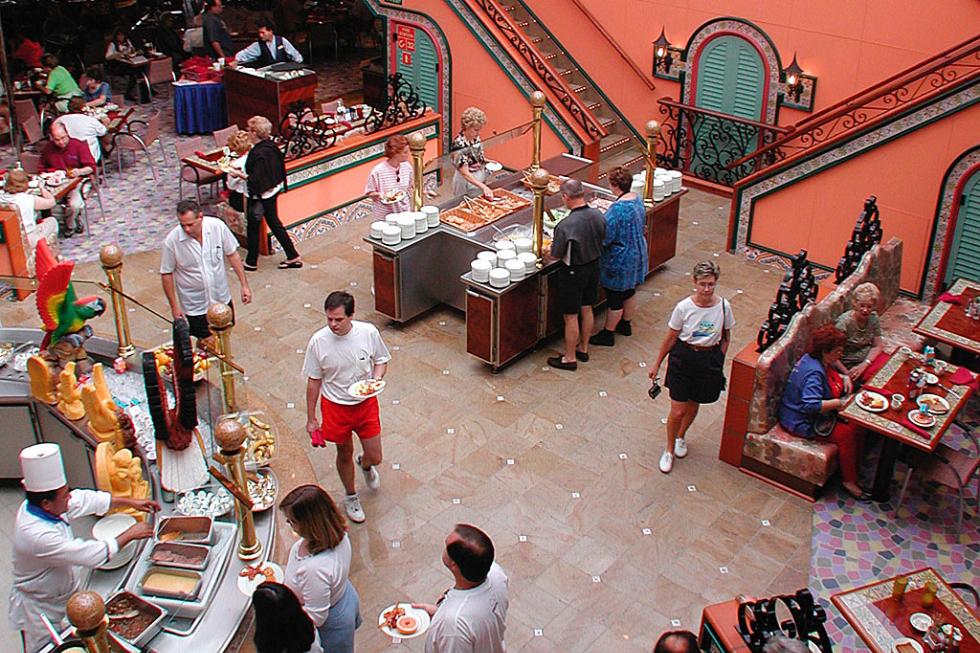 Carnival Cruise Lines
Shipboard Dress Codes (or Lack Thereof)
Ever since Norwegian Cruise Line started the casual trend back at the turn of the millennium, cruise lines have been toning down or turning off their dress codes. During the day, no matter what the itinerary, you'll find T-shirts, polo shirts, and shorts or khakis predominating, plus casual dresses for women and sweatshirts or light sweaters to compensate for the air-conditioning. The vibe is about the same on the luxury lines, where polos and khakis probably sport fancier labels.

Evening wear aboard ship used to be a lot more complicated than it is today. On most contemporary lines, formal nights have either melted away entirely or slid closer to what used to be considered semiformal. When Oceania Cruises started up in 2003, for example, its dress code was set as "country club casual" every single night, on every voyage.

NCL has also basically ditched formal nights, though its "optional formal" captain's cocktail night accommodates those who choose to dress up. Disney Cruise Line has toned formality down to the point where a sports jacket is considered dressy enough. Most other mainstream lines still have two traditional formal nights during any 7-night itinerary (usually the second and next-to-last nights of the cruise, the former for the captain's cocktail party). For these, imagine what you'd wear to a nice wedding.

Photo Caption: Passengers lining up for a fine meal at one of the Carnival Victory's many dining options. 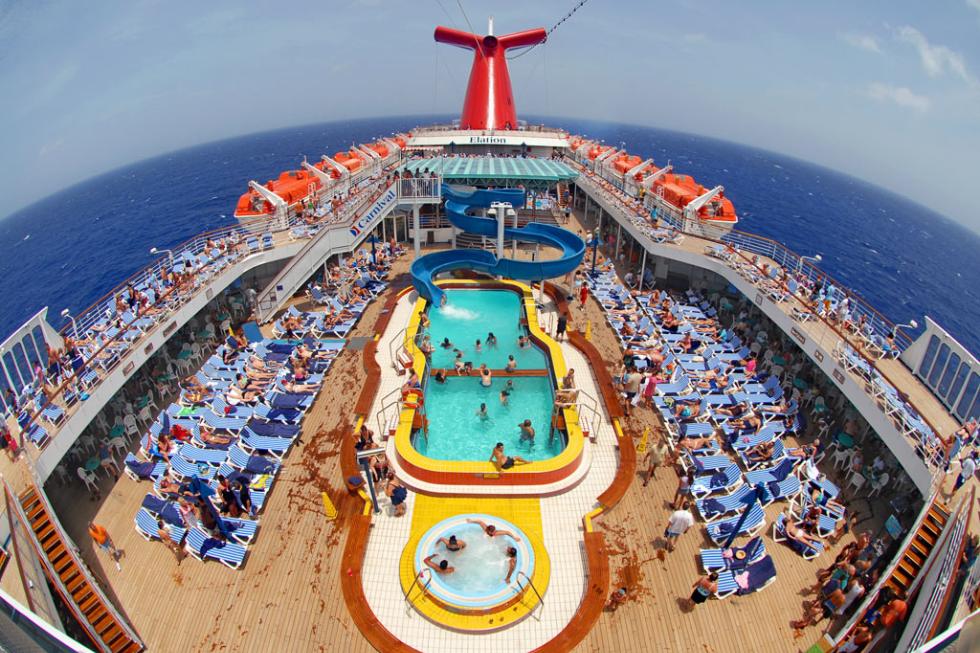 Carnival Cruise Lines
Dressing Down
Men are encouraged to wear tuxedos or dark suits; women cocktail dresses, sequined jackets, gowns, or other fancy attire. If you just hate dressing up, women can get away with a blouse and skirt or pants -- and, of course, jewelry, scarves, and other accessories can dress up an otherwise nondescript outfit. (Most cabins have personal safes where you can keep your good jewelry when you're not wearing it.) Men can get away with a blue blazer and tie. Casual nights (sometimes called "smart casual" or something similar) make up the rest of the week, though some cruise lines still cling to an old distinction between full casual (decent pants and collared shirts for men, and maybe a sports jacket; dresses, skirts, or pantsuits for women) and informal or semiformal (suits or sports jackets; stylish dresses or pantsuits). Suggested dress for the evening is usually printed in the ship's daily schedule. Cruise lines also typically describe dress codes in their brochures and websites.

Photo Caption: The pool deck of the Carnival Elation. 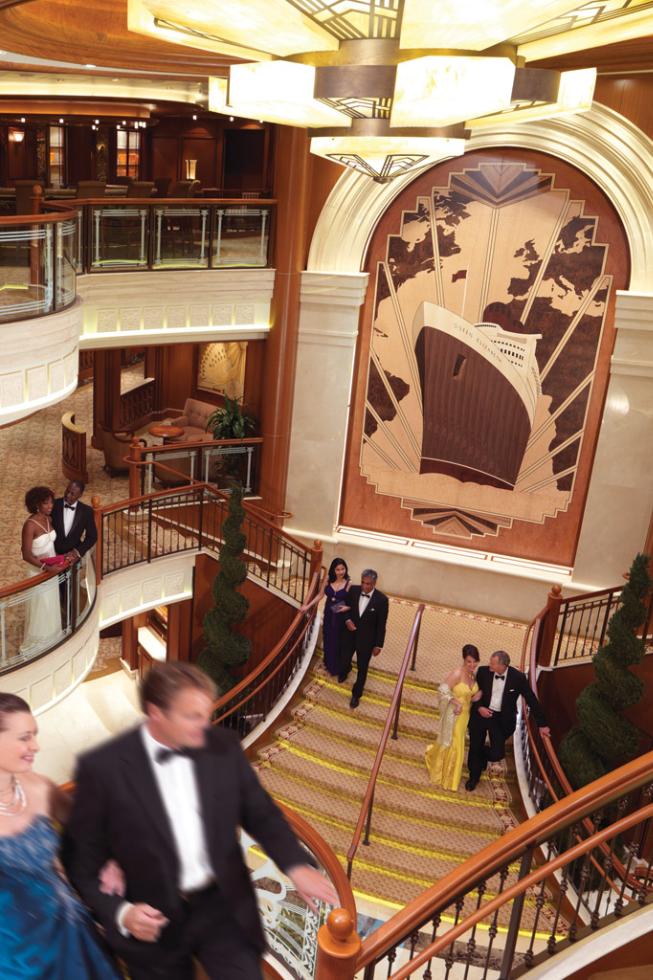 Cunard
Dressing Up
Most of the ultraluxury lines maintain the same ratio of formal, semi-formal, and casual nights, with passengers tending to dress on the high end of all those categories. Tuxedos are very common. That said, even the luxe lines are relaxing their dress standards. Seabourn doesn't request ties for men anymore except on formal nights, and Windstar, and SeaDream have a casual "no jackets required" policy every day, though dinners usually have some men in sports jackets and women in nice dresses. It's very rare to see anything dressier than a sports jacket at any time, and even those are rare. Most of these lines are 100% casual 100% of the time, with passengers sometimes changing into clean shirts, trousers, and dresses for dinner.

Photo Caption: The Grand Lobby of the Queen Elizabeth recalls of the classic elegance of the Cunard line. 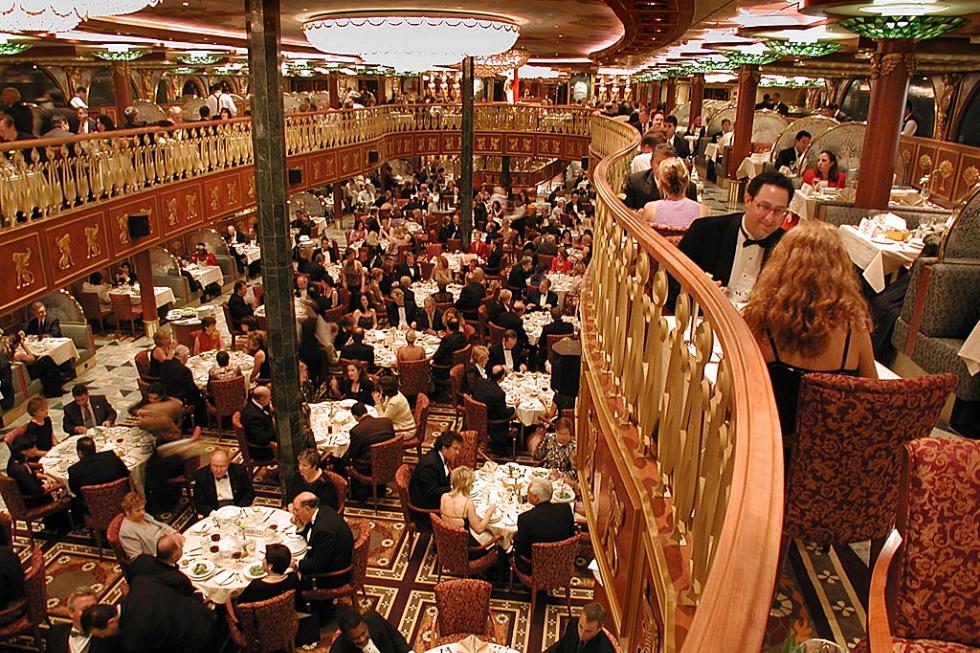 Carnival Cruise Lines
Tuxedo Rentals
Despite the casual trend, there's usually a contingent of folks on board who like to get all decked out. If you don't own a tuxedo or don't want to bother lugging one along, you can often arrange a rental through the cruise line or your travel agent for about $85 to $160 (the higher prices for packages with shirts and both black tuxedo jackets and white dinner jackets). Shoes can be rented for an additional $15 or so. In some cases, a rental offer arrives with your cruise tickets; if not, a call to your travel agent or the cruise line can facilitate a rental. If you choose this option, your suit will be waiting in your cabin upon arrival. 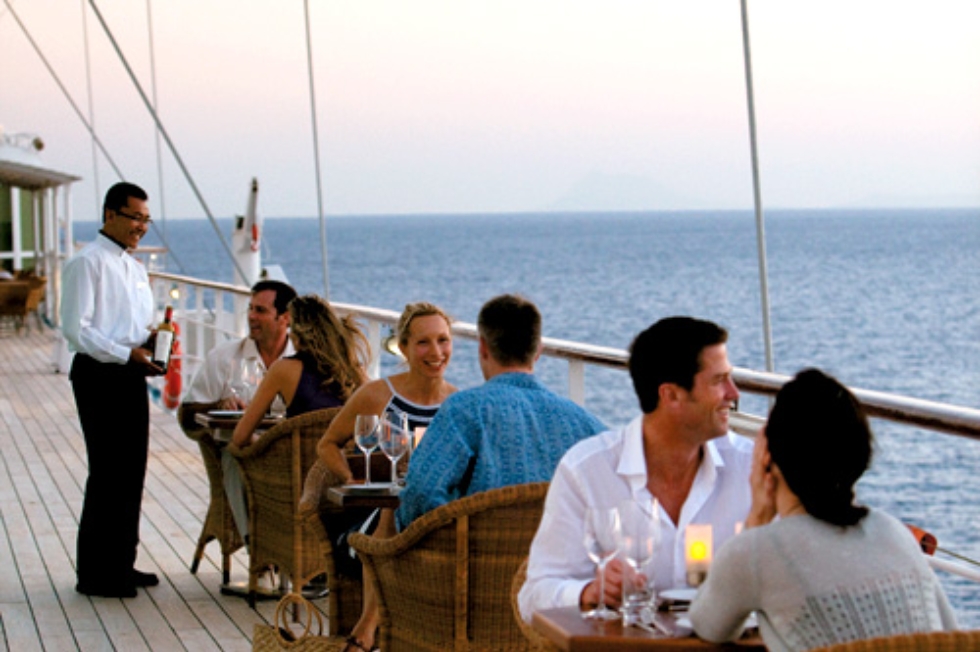 Windstar Cruises
Dressing the Part
Cruise destinations divide easily into warm-weather regions (Caribbean, The Bahamas, Central America, Mexican Riviera, Hawaii, and Bermuda) and the cooler northern regions of Alaska and its milder neighbor on the other side of the continent, New England/Canada.

In the Caribbean and The Bahamas, the temperature stays within a fairly narrow range year-round, averaging between 75° and 85°F (24°

Matt Hannafin
Keeping Warm
Southeast Alaska, where most cruises sail, has more temperate year-round weather than the rest of the state, but summers there are still unpredictable. In May, when the cruise season gets going, you may experience icy rain or beautiful, crisp, sunny days. June is the driest of the true summer months, July the warmest (and also the busiest), and August the month with the most rain. Temperatures on summer cruises in Canada/New England are usually very pleasant, averaging in the 60s and 70s. Temperatures in Nova Scotia will be on the low end of that scale, often dipping into the 50s at night, while you can expect hot temperatures if you're sailing from New York, where summer days are often in the 80s or 90s.

Photo Caption: Disney is poised to introduce more kids to the wonders of Alaska than any other cruise line.
advertisement
advertisement