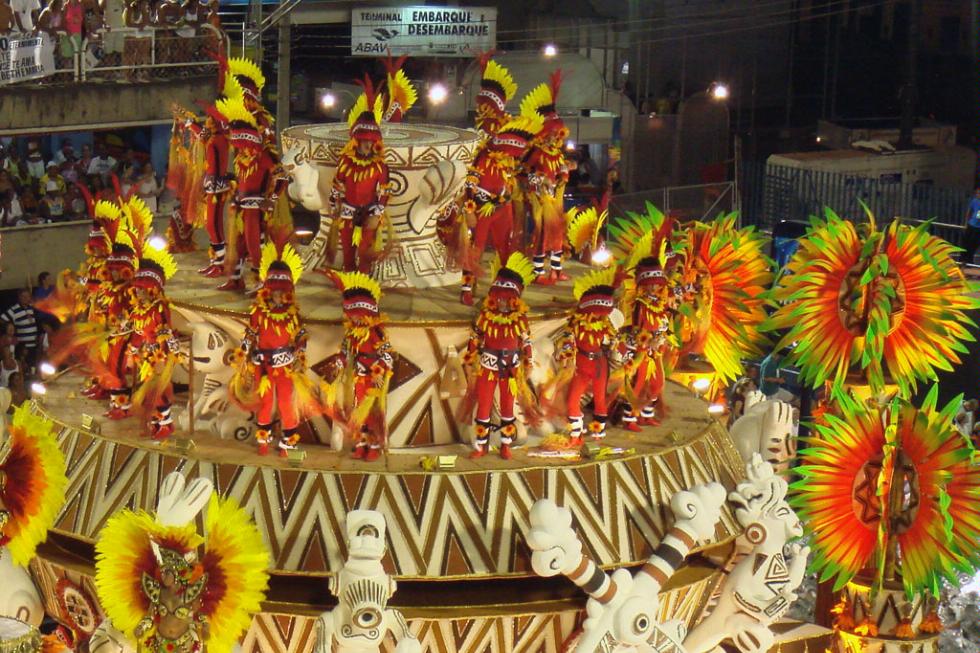 Carnaval in Rio: A Beginner's Guide

By
How Cariocas Celebrate
By Alexandra de Vries

Rio de Janeiro's Carnaval is a colorful feast of elaborate costumes, lavish floats, and frenetic samba rhythms in preparation for Lent, the 40-day period of penitence and fasting before Easter. Although few people still fast, they certainly know how to feast during this five-day statutory holiday. Preparations for Carnaval start as early as March, when the samba schools choose their theme, write the samba, and begin to design the costumes and floats. By July or August, weekly rehearsals get underway for the big night in February or early March.

Here's how to make the most of Carnaval whether you're in town for the big event, the weeks before and after, or any other time of year.

Photo Caption: A float at Carnaval. 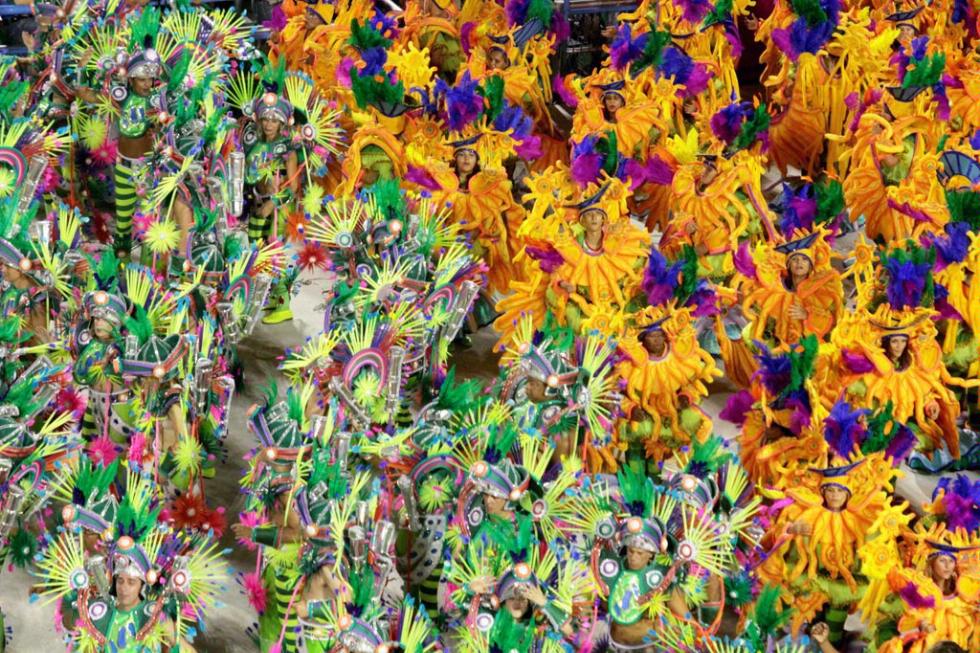 carlosoliveirareis
Desfile de Carnaval (The Parade)
The culmination of almost a year's worth of work occurs during Carnaval, when each samba school puts on a 90-minute parade, with as many as 4,000 participants in full costume, including 200 to 300 percussionists and 10 to 12 large floats that represent the central theme of the samba song. It's an amazing spectacle of color and sound. The parade is held in the Sambodromo (see next slide), a 700m-long (2,297-ft.) venue designed specifically for this event, with room for 70,000 spectators. 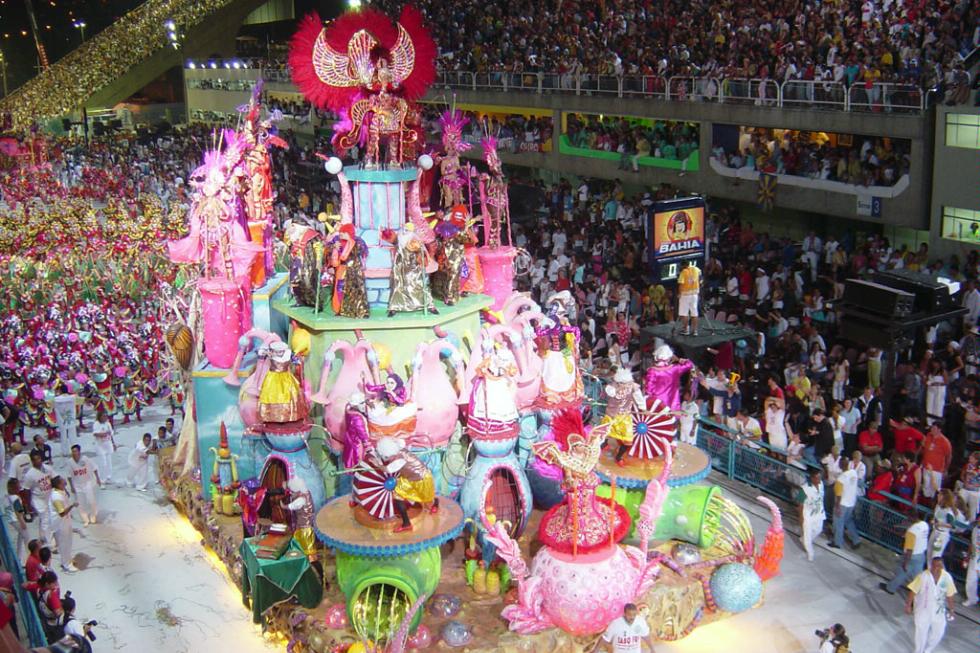 Alan Betensley
Sambódromo
Designed by Oscar Niemeyer in 1984, the Sambodromo is ground zero for the Carnaval parade, where the top samba schools try to wow the judges and win the public with their song, costumes, and floats. In the two months leading up to Carnaval, the schools are entitled to a technical rehearsal in this venue. The public can attend these rehearsals for free; check the entertainment listing for times and dates (usually Dec and Jan, Sat-Sun evening). Arrive early and try to get a spot in sections 3, 5, 7, or 11; avoid 1 and 13, as you don't get much of an overview of the venue. Expect to pay at least R$500-R$800 for a spot in the bleachers for the big Grupo Especial parade, more for a box seat.

Tickets also sell out fast, so visitors are usually at the mercy of travel agents or scalpers. An affordable alternative is to attend the A-league parade (on Sat night) or the Winner's Parade (Sat after Carnaval, when the top five schools come back for a reprise). Tickets to these two events rarely top R$150. You may also buy a costume and actually participate in the parade, though doing so won't allow you access to the bleachers. The rest of the year, the Sambodromo is used as a school and concert venue. 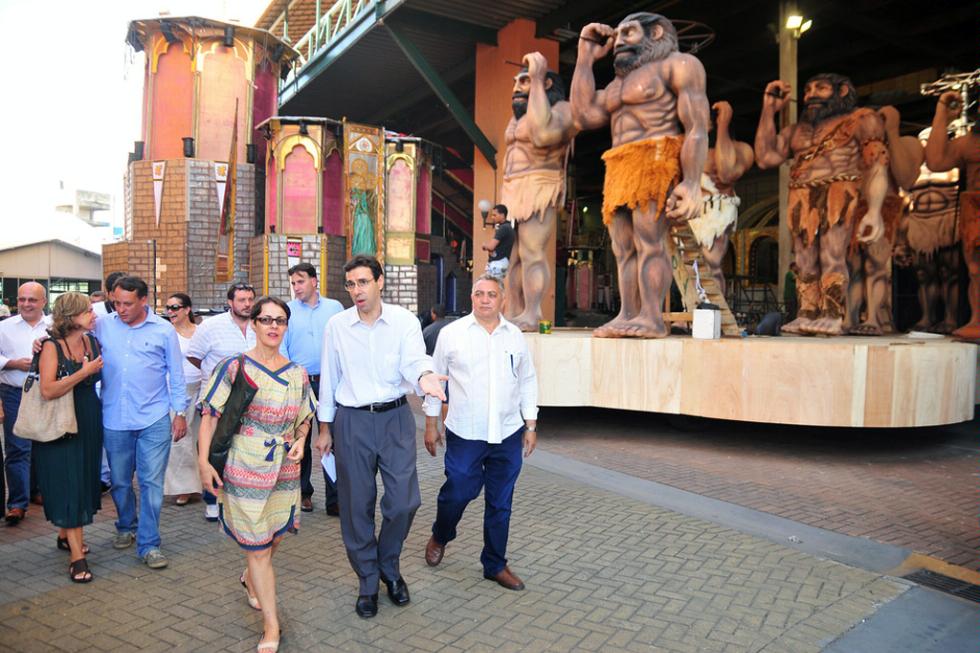 Ministerio da Cultura
Cidade do Samba
This year-round venue offers a wonderful introduction to Carnaval. All major samba schools have a space in this building, where they work on costumes, prepare their instruments, and design their floats. A guided tour will give you a greater appreciation of the work that goes into making this event happen. Every Thursday night, a mini-Carnaval parade and show is held. 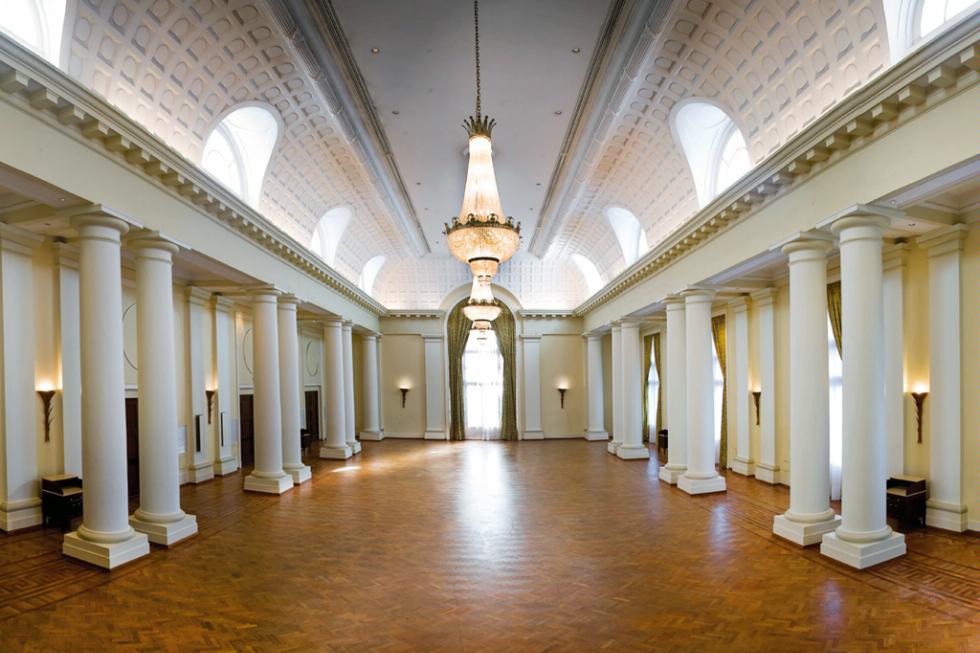 Orient Express Hotels
Baile do Copacabana Palace & Baile Gay at the Scala
The most elegant occasion of the year is the annual Baile do Copacabana Palace, a black-tie event that attracts Rio's well-heeled jet set and international celebrities decked out in fancy costumes. Tickets to this chi-chi affair range from R$300 to R$1,000. The Tuesday evening Baile Gay at the Scala is a much more flamboyant and colorful event where guests compete for most outlandish costume. As of press time, the pending closure of the Scala may force the event to move to another venue. 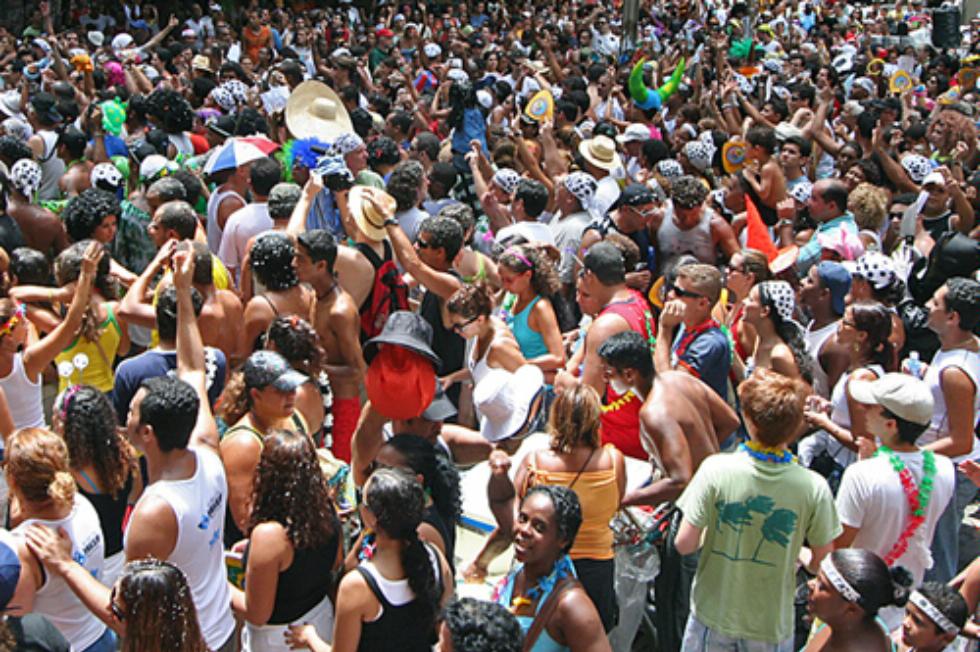 SergioAraujoPereira
Blocos
Join one of the many free daytime street blocos and jump right into the Carnaval festivities. A bloco is a neighborhood band that parades through the streets, playing songs, followed by throngs of singing and dancing partiers dressed in silly costumes or funny accessories, such as hats or wigs. Blocos usually start parading in the weeks leading up to Carnaval and then go full force during the event itself, with as many as 10 to 15 blocos each day. Practically every neighborhood in the city will have a few.

Details: Check the schedule at www.rioguiaoficial.com.br and pick one that suits your style. 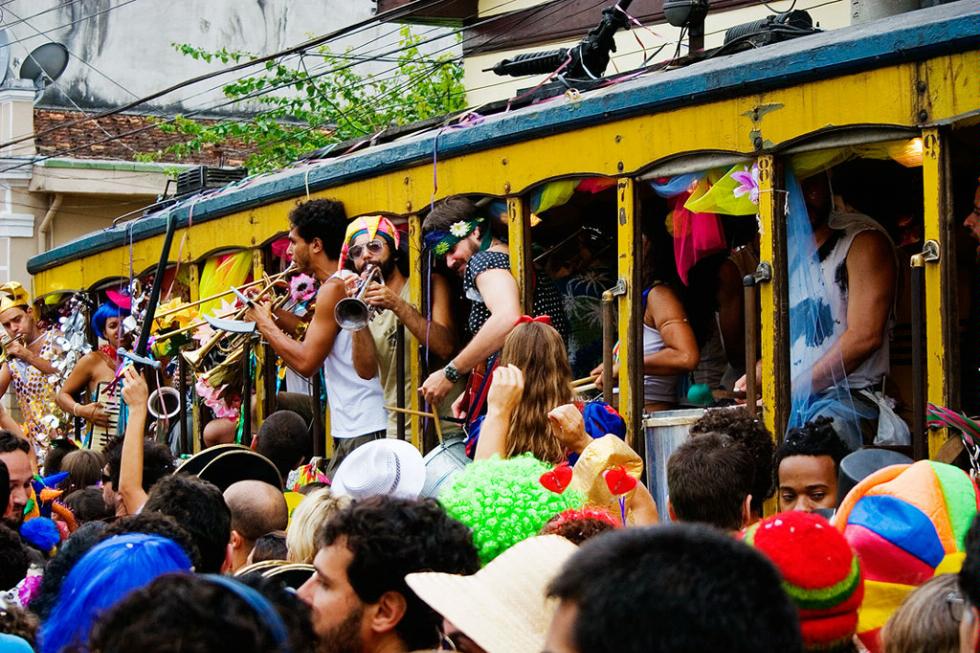 mantelli
Rio de Janeiro
Bola Preta & Ceu na Terra Set your alarm so you can get to Cinelândia early on Saturday morning for Bola Preta, one of the best blocos in the city. A lot of revelers will don fun and whimsical costumes, including wearing anything with black dots (bola preta). The parade starts in front of the Biblioteca Nacional and goes along Avenida Rio Branco. I love Santa Teresa's Ceu na Terra with its fun, irreverent attitude. It plays the traditional Car- naval tunes from the 1940s and usually parades twice during Carnaval, on Saturday and Sunday.
Details: Bola Preta meeting point (concentração): Cinelândia, Centro (Sat 7am). Ceu na Terra meeting point: Largo do Curvelo, Santa Teresa (Sat and Sun 8am). 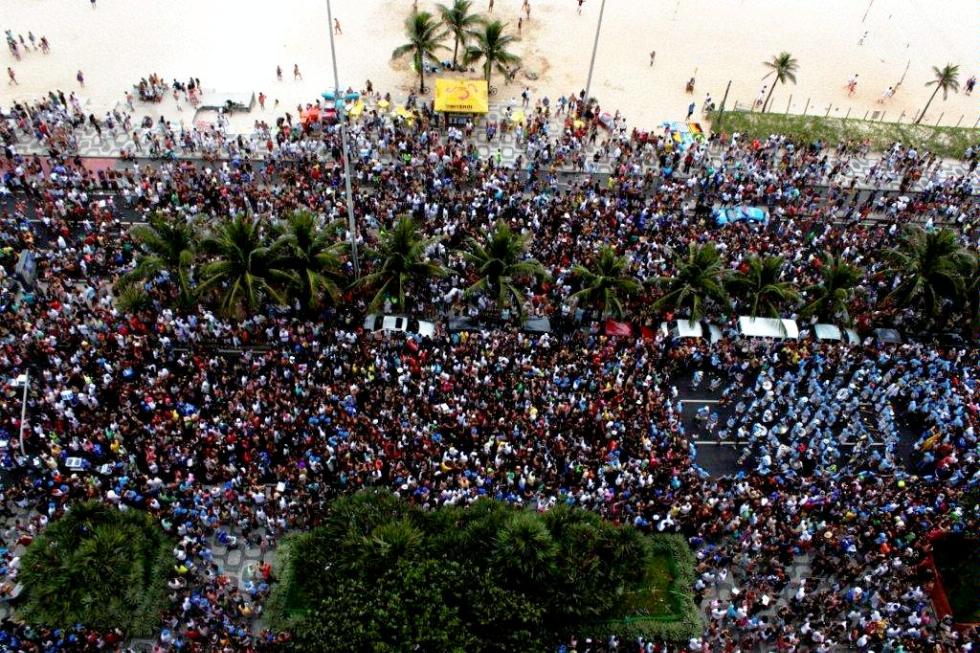 PSI_Ipanema
Banda de Ipanema & Simpatia é Quase Amor
Skip Banda de Ipanema if you are claustrophobic; more than a 100,000 people dressed in outlandish and colorful costumes pack Ipanema's waterfront for this bloco, with a large gay and drag-queen following. Flirtatious, young, and hip, the Simpatia é Quase Amor Ipanema bloco is perfect for hooking up with some local cuties and dancing through the streets of Ipanema.