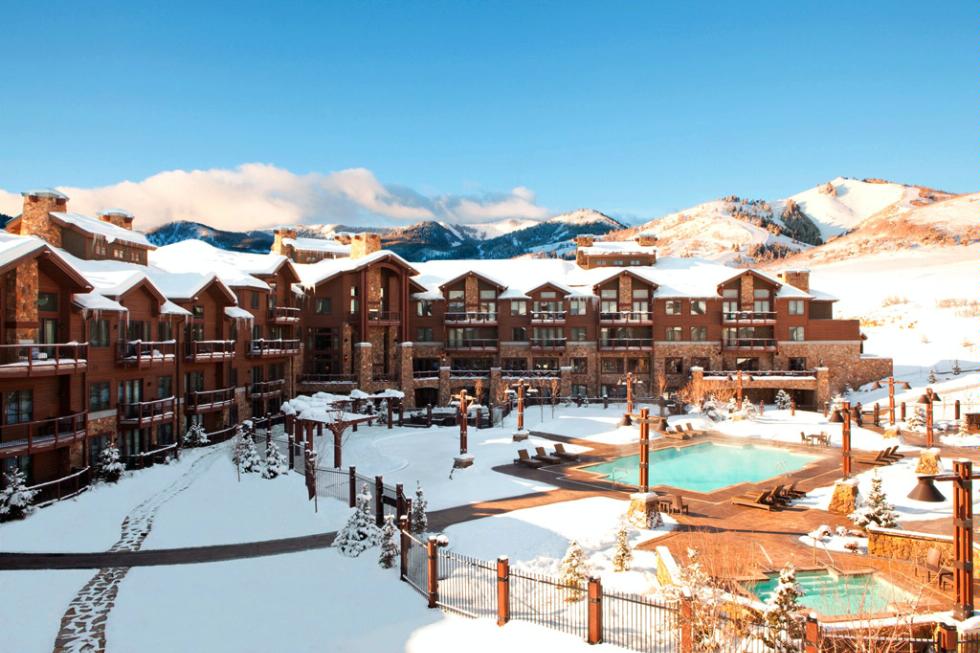 By Eric Peterson
To the wide spectrum of snow-sports aficionados, from the creatively whiskered snowboarders to you fashionistas on skis, I ask you one question: Is there anything better than waking up to warm ski boots? Well, maybe just one thing: rolling out of bed and getting right on a chairlift. And it's even better when your home away from home has some serious panache.

Like beachfront property, ski-in, ski-out lodging is a finite commodity, and scarcity often translates to luxury. And, while slopeside real estate might be relatively rare, there is no shortage of spectacular ski lodges in the U.S.

Besides warming your boots, the slopeside lodges and hotels that follow represent plenty of the latest and greatest, with a few oldie-but-goodies for good measure. 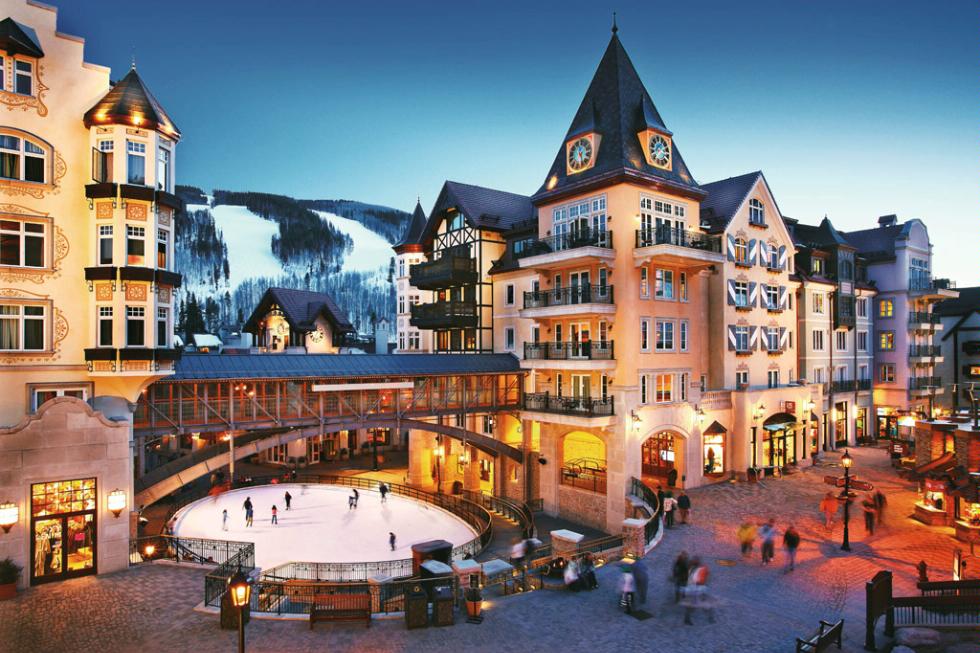 RockResorts International
Arrabelle at Vail Square, Vail, Colorado
From The Arrabelle at Vail Square's unmistakable facade (think Bavarian luxury meets storybook fantasyland) to its slopeside location in the heart of recently revitalized Vail Square, the Arrabelle quickly earned a reputation as the toniest address to hang your hat in Vail Village after opening in 2008. (And, yes, that's the Eagle Bahn Gondola just steps away from the door.) From the aptly named Great Room, fronted by a terrace, to the lavish guestrooms to the rooftop pool, every detail is pitch-perfect, with a nod to the grand hotels of Europe. 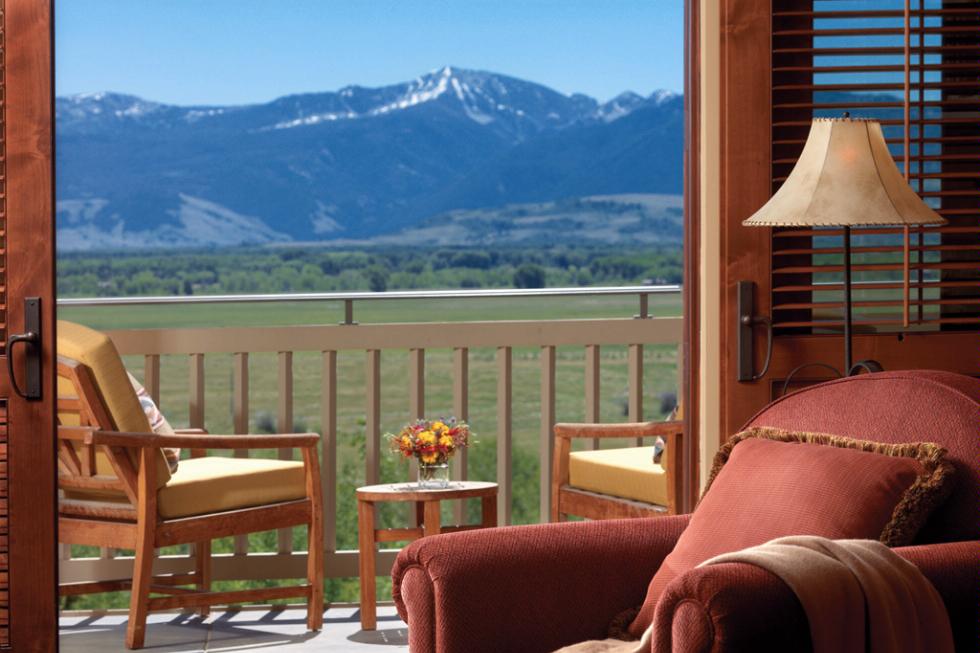 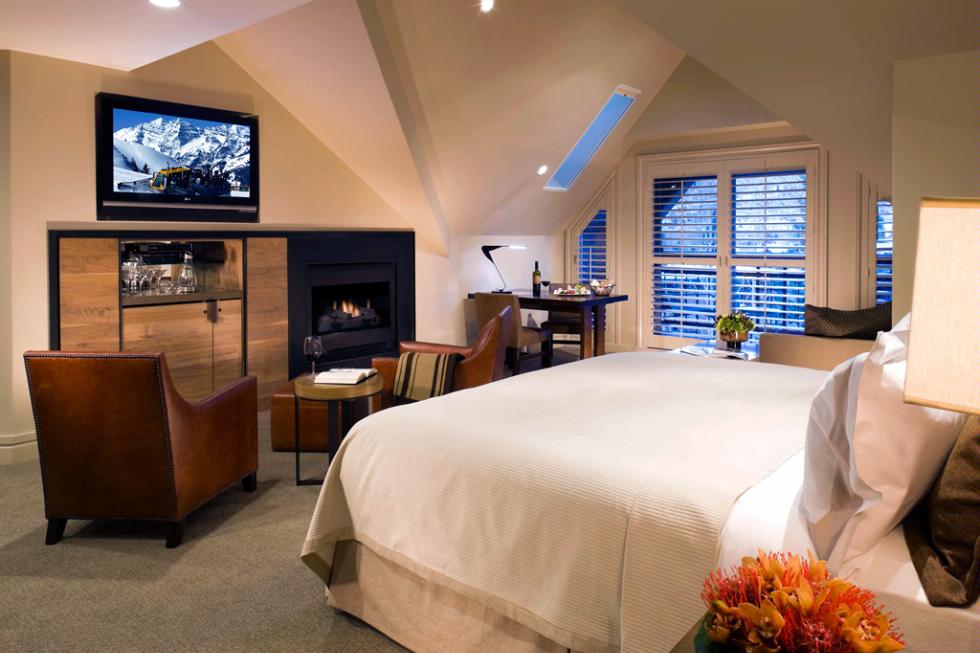 The Little Nell
The Little Nell, Aspen Mountain, Aspen, Colorado
At the base of Aspen Mountain, the Little Nell is the poshest place to bunk in the poshest ski town in the West. The location offers the best of both worlds—access to the slopes (it is a mere 17 steps to the gondola) and downtown Aspen—and impeccable style and service. Renowned designer Holly Hunt revamped the guestrooms (a Premium Mountainside Room is pictued) with eye-popping results: Warm colors, modern art, and plenty of velvet, leather, and wood align in a contemporary aesthetic that takes cues from "classic Aspen." 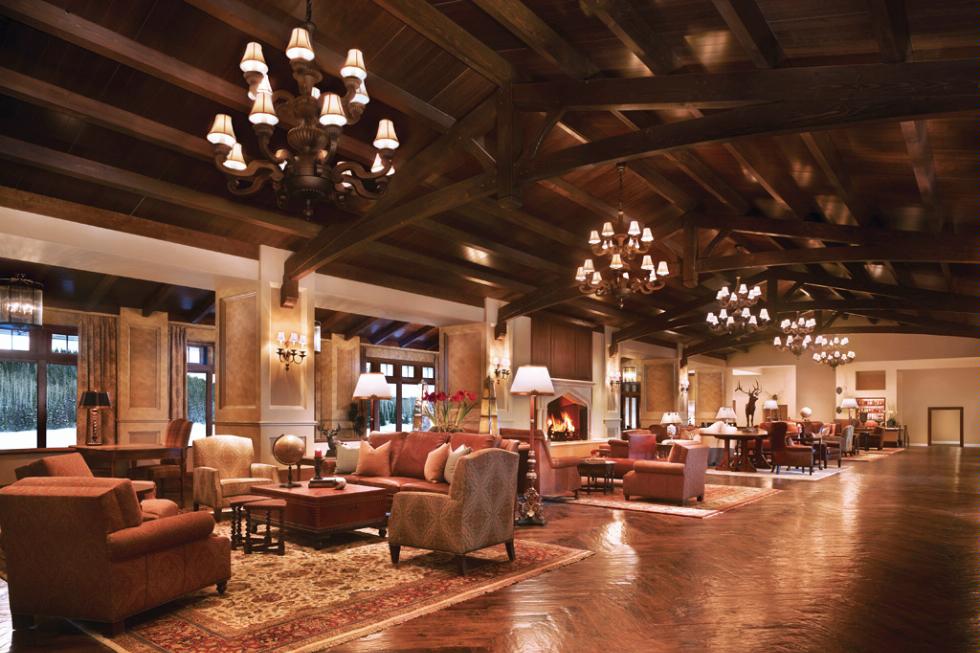 Deer Valley Resort
Montage Deer Valley, Deer Valley Resort, Park City, Utah
The majestic Montage opened in December 2010 and immediately became a mid-mountain fixture atop Empire Pass at Deer Valley. Designed in high "Mountain Craftsman" style, guestrooms are sumptuously decorated and large, averaging 600 square feet (suites start at 1,000 square feet). In fact, everything here is outsized—the 35,000 foot spa, the expansive views, and the soaring ceilings in the lobby—but that works to the Montage's advantage: All of the elbow room affords guests a sense of intimacy that is hard to match. 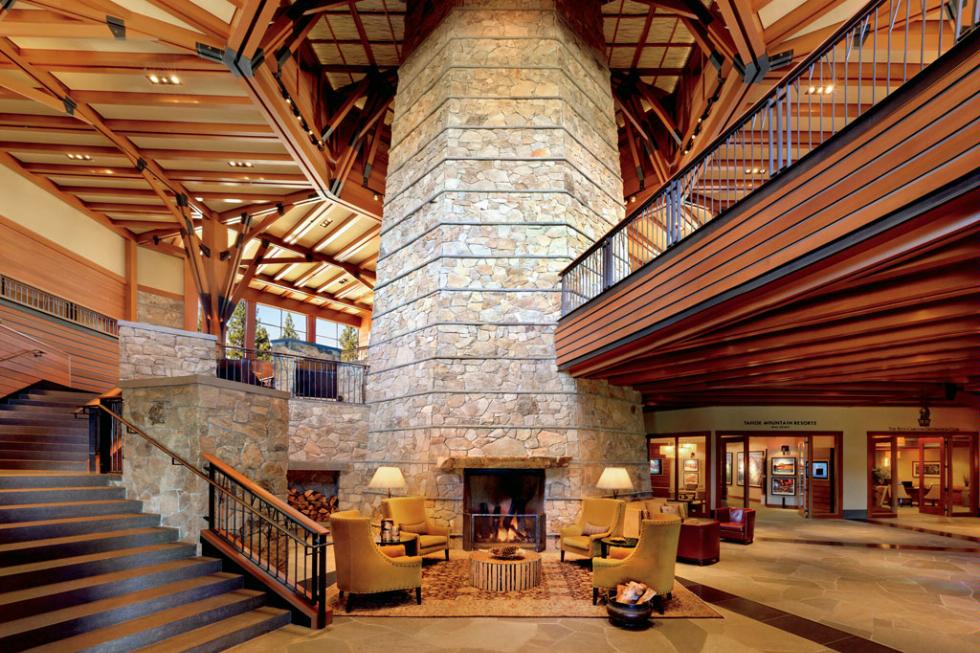 Rouse Photography
The Ritz-Carlton, Lake Tahoe, Northstar California, Truckee, California
A ski-in, ski-out property in the Lake Tahoe area, the Ritz-Carlton opened on the Mount Pluto at Northstar California in 2009. Surrounded by pine, the resort is centered on an octagonal lobby ands its three-story granite fireplace. The warm and contemporary rooms have drop-dead views of the mountain and the valley, and the spa features copper soaking tubs and more splendid views. The flagship, seasonal-ingredient restaurant, Manzanita, capitalizes on the lodge aesthetic with both sweeping views and cozy spaces. 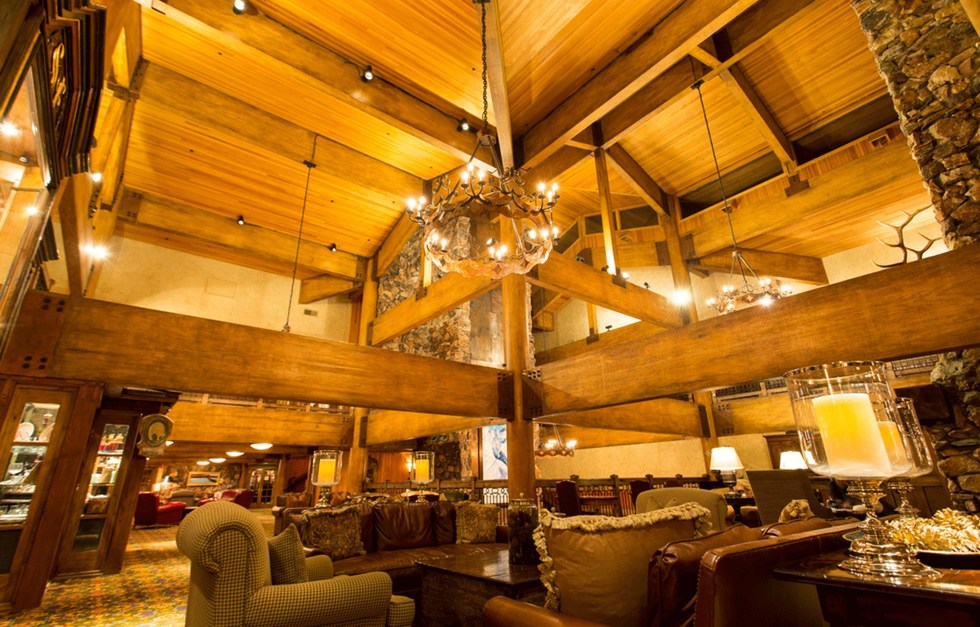 Stein Eriksen Lodge
Stein Eriksen Lodge, Deer Valley Resort, Park City, Utah
Named for the legendary Norwegian Olympic champion skier who founded it in 1982, the Stein Eriksen Lodge continues to be one of the standard-bearers for luxurious ski-in, ski-out lodging. Sporting 145 stone fireplaces and Scandinavian style to spare, the Stein is a work of architectural and decorative art, with one of Utah's best restaurants, Glitretind. The 180 units are in the main lodge and surrounding buildings, ranging from individually decorated guestrooms to five-bedroom suites. Service is superlative, hitting equally high notes as the Scandinavian style. 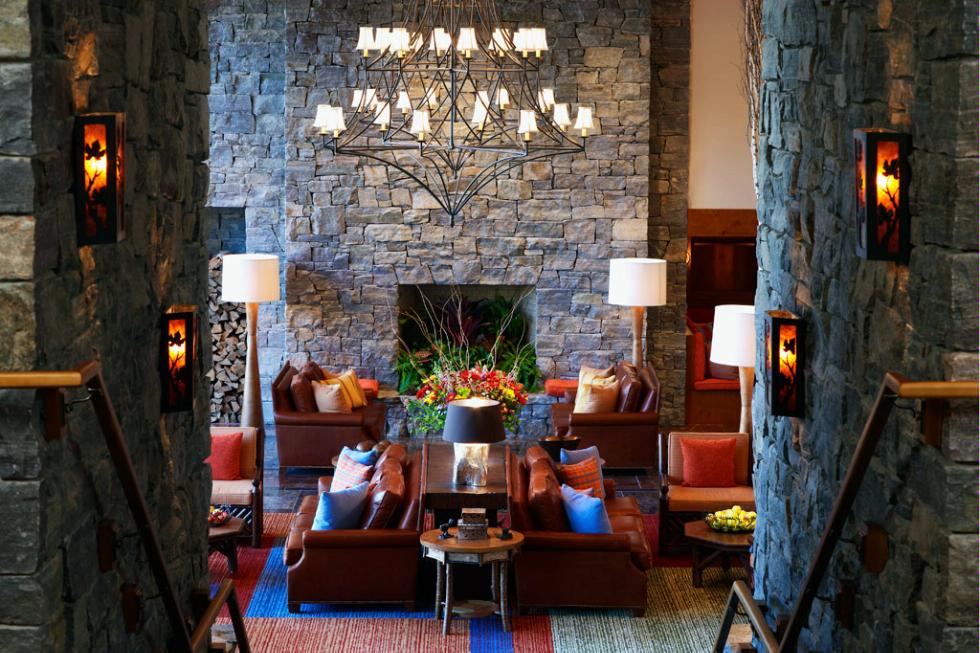 Stowe Mountain Lodge
Stowe Mountain Lodge, Stowe Mountain Resort, Stowe, Vermont
The 312-room, six-story Stowe Mountain Lodge is at the apex of New England mountain style, featuring local stone and woods inside and out. Opened in 2008, the lodge has won accolades for its environmentally friendly design and green policies and programs. Guestrooms are inspired by mountain cabins, with the plentiful wood and stone complementing the original artwork; there are also several standalone mountain cabins and condos. It's also hard to beat the views of surrounding peaks, including Mount Mansfield and Spruce Peak. 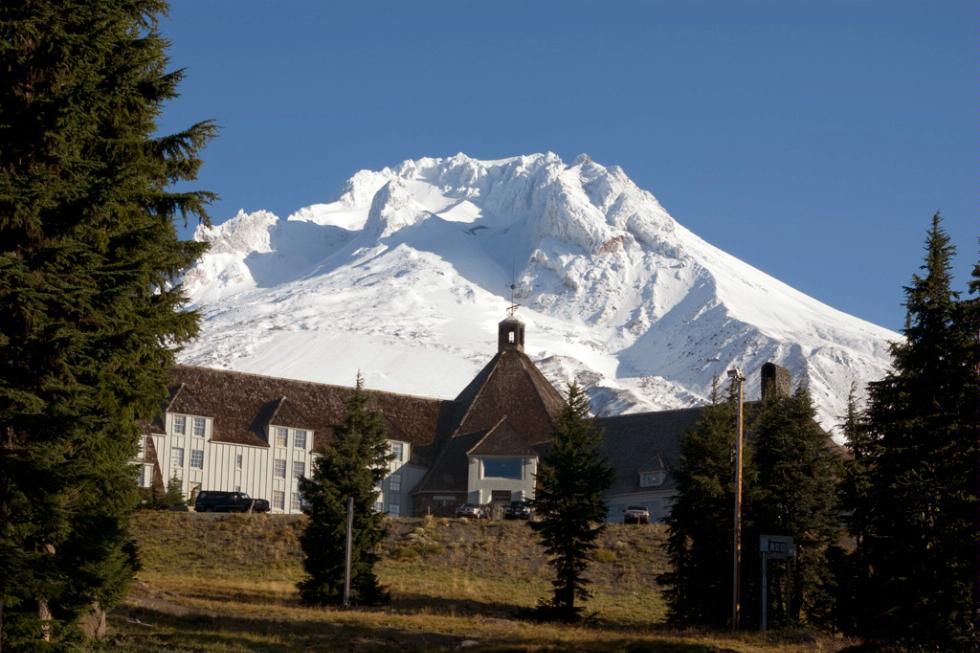 Timberline Lodge
Timberline Lodge, Timberline Ski Area, Mount Hood, Oregon
The most revered ski lodge in the Pacific Northwest is also the most historic (it first opened in 1930), with some Hollywood cachet to boot (it served as the exterior of the haunted Overlook Hotel in Stanley Kubrick adaptation of Stephen King's The Shining). The iconic Timberline Lodge is a prototype for its more modern peers, but it's difficult to top the original. The Timberline Ski Area features the longest ski season in North America (in some years, it makes it year-round), with the most vertical drop in the Pacific Northwest (3,690 feet in winter, 2,616 feet in summer) 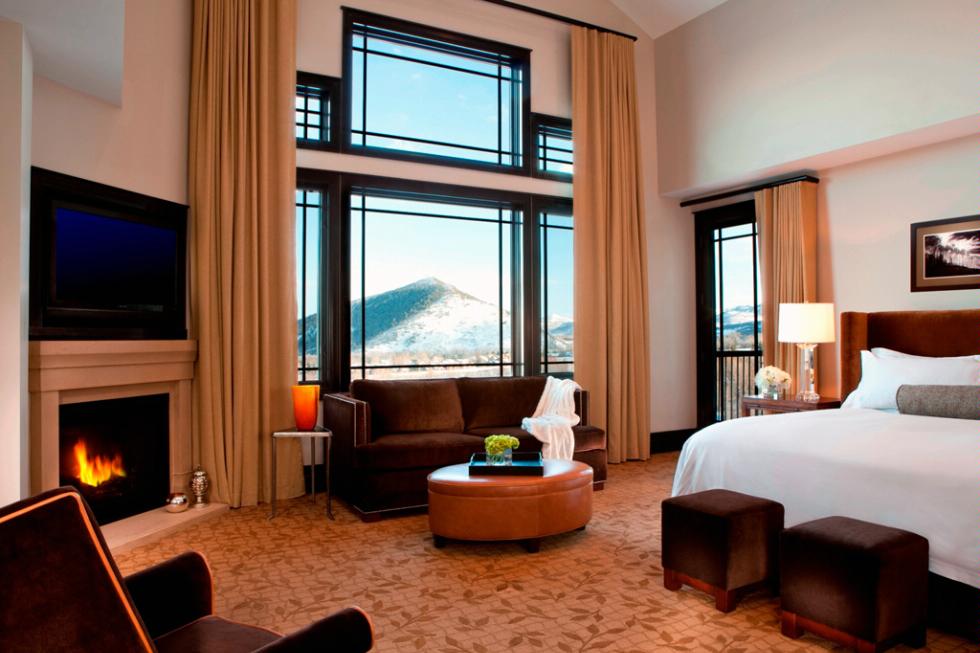 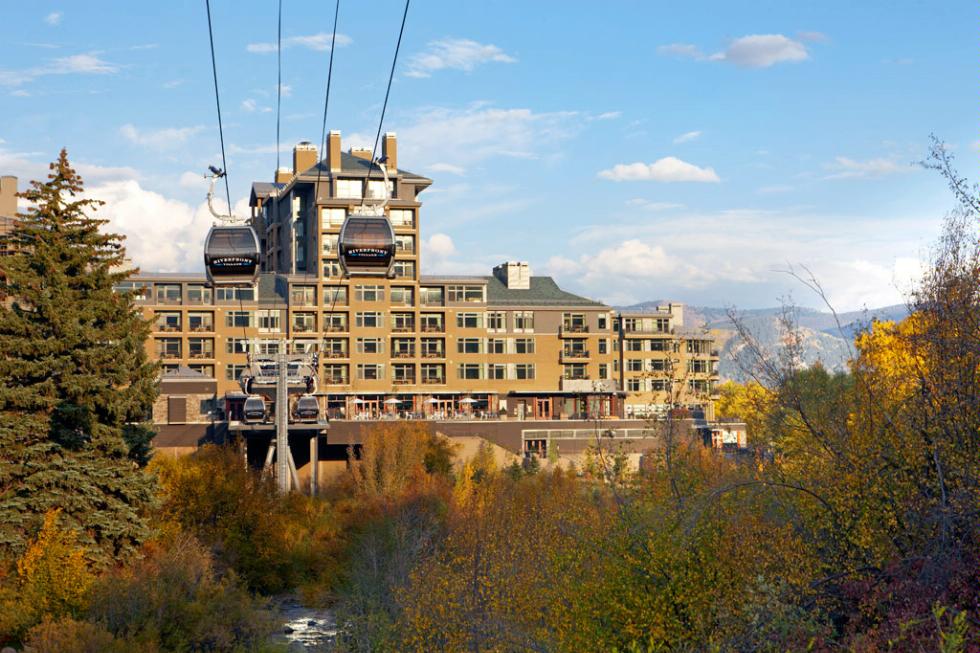