By Jos Simon
Crete is an island of extremes -- the biggest Greek island, the farthest south, the hottest, with the longest summers, with people who are the hardest, proudest, most unforgiving of the Greeks, yet with a reputation for hospitality, love of family, and loyalty to friends. Crete is divided by three two-thousand-metre-plus mountain ranges into four prefectures or regions. The north coast has all the major towns and holiday areas, joined together by the single National Road, whilst the south boasts pretty villages and some of the best coastal scenery in Europe.

There are excellent beaches everywhere, and a highly developed tourist infrastructure connecting all the parts. So enjoy the hotels and restaurants, the tourist attractions, and water sports, but also get away from it all into the mountains, visit the relics of its long and august history, seek out its village life, its music, dance, art and craft, its first-rate walking and cycling, its wildlife. Here are my nine favourite moments from many weeks and months touring the island. 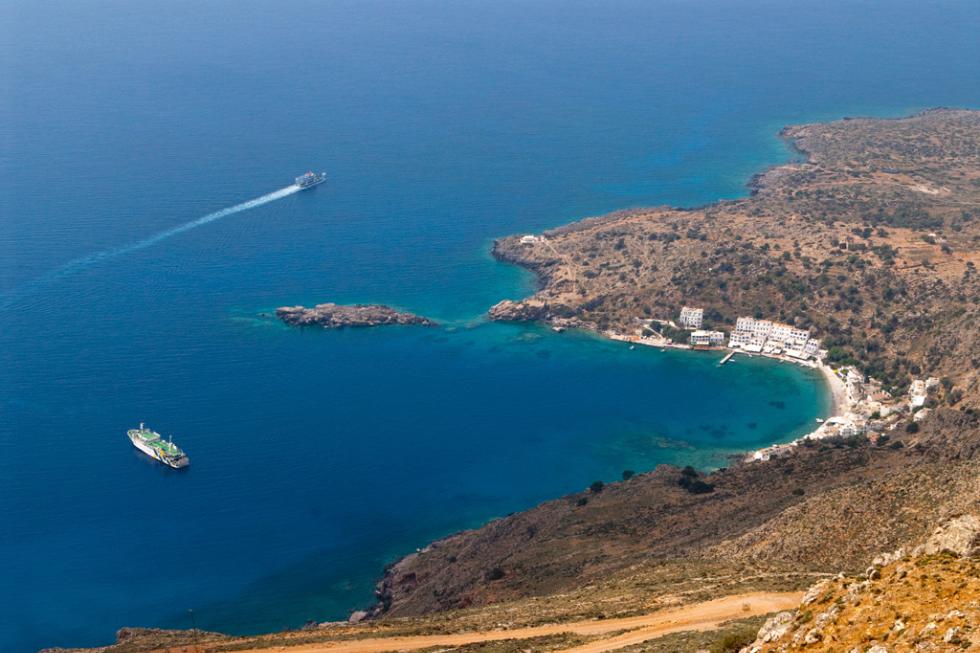 Yannis Lefakis
Arriving by Boat
Being dropped off by the coastal ferry in the pretty fishing village of Loutró -- walking down the ramp and enjoying the peace and tranquillity left behind after the ferry continues its journey along the coast.

Photo Caption: The lovely village of Loutro on the island of Crete, Greece. 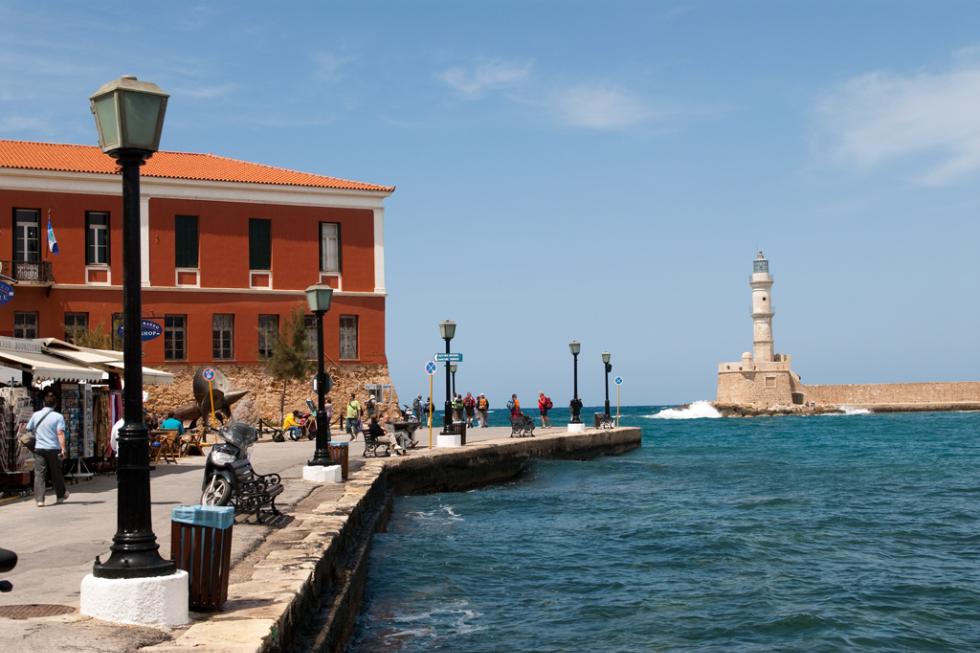 Yannis Lefakis
Historical Museums and Amazing Views
Touring the Naval Museum in Chaniá, full of information about the Venetians -- their harbours and ships, lighthouses and boatyards -- and about the ferocious Battle of Crete and the German occupation of the island, whilst catching glimpses of this beautiful city from the museum's windows.

Photo Caption: The Maritime Museum at the Firkas on Hania's harbor in Crete, Greece. 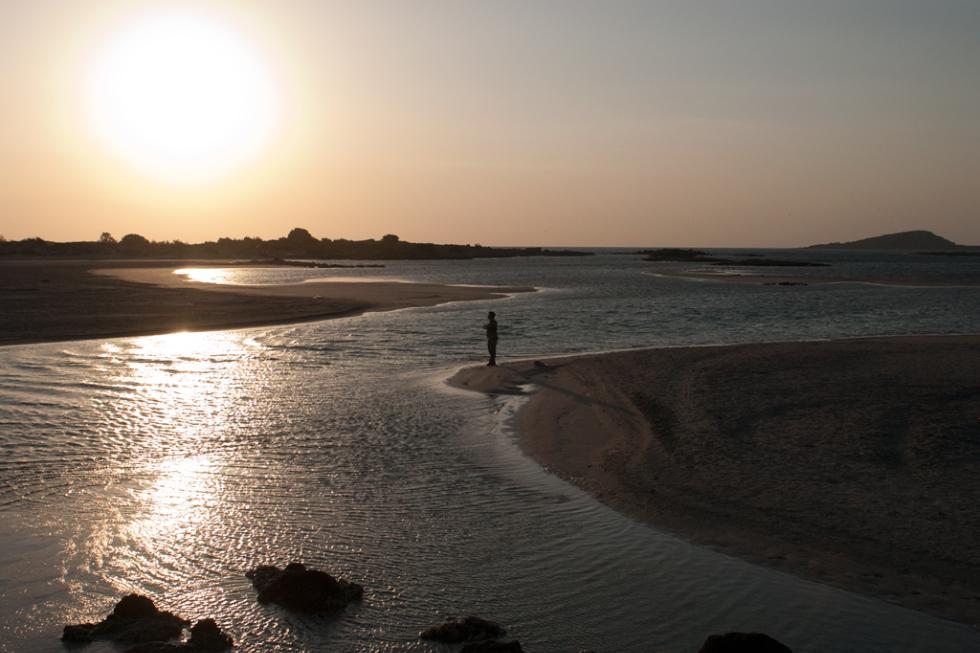 Yannis Lefakis
Relaxing by the Sea
Wading through crystal clear waters from a baking sandy beach to the islet of Elafonisi, on Crete's west coast. 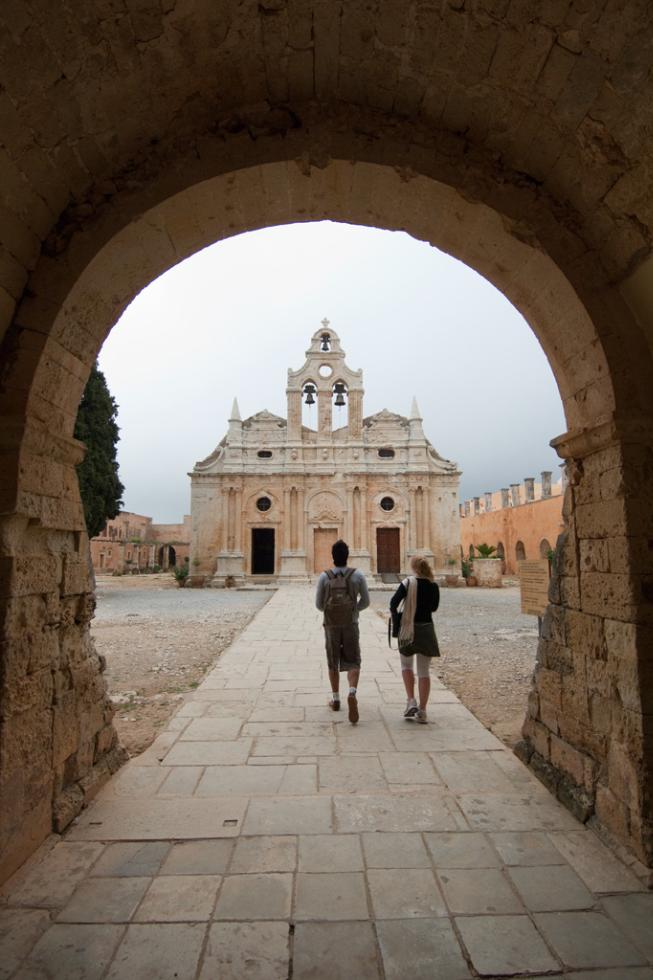 Yannis Lefakis
Learning About the Proud Defiance of the Islanders
Absorbing the uplifting yet sombre atmosphere in the Arkádi Monastery, scene of one of the greatest events of the struggle against Ottoman domination. Here, hundreds of Cretan men, women, and children preferred to blow themselves and their enemies to smithereens rather than surrender.

Photo Caption: Arkadi Monastery on the island of Crete, Greece. 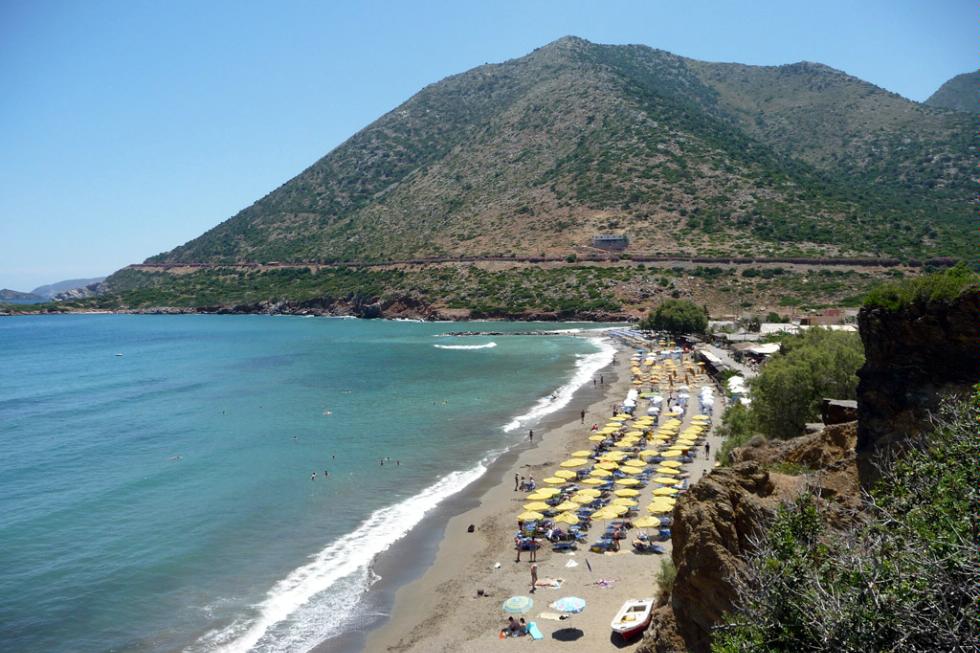 pat-neary
Enjoying the Unique Ambience of Charming Seaside Towns
Dropping down to Balí, one of Crete's loveliest seaside towns, in its picturesque perfection, its numerous beautifully sited tavérnas, and its busy water-borne traffic.

Photo Caption: The charming seaside town of Bali on Crete. 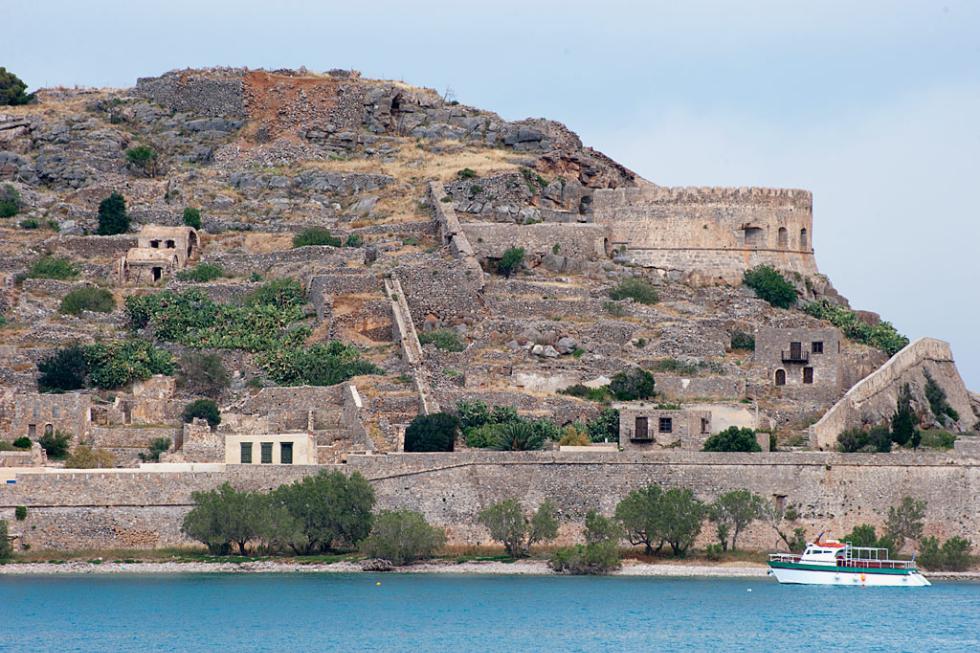 Georgios Makkas
Boat Tours of Fortified Islands
Chugging out across a sparkling sea to investigate the formidable Venetian fortifications of the island of Spinalónga, which was designed to protect the port of Eloúnda, but which became a refuge for Turks seeking sanctuary after independence, and then, until 1957, Europe's last leper colony.

Photo Caption: Spinalonga has long been a place of refuge, most recently for lepers. 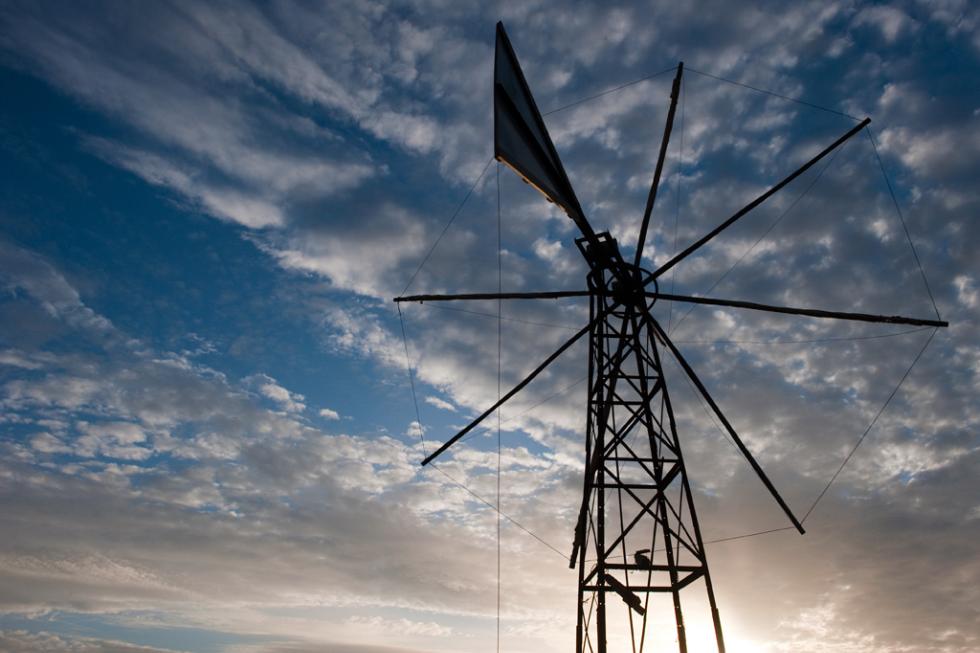 Georgios Makkas
Visiting Craftsmen in the Mountains
Pottering around the Lasíthi Plateau, spread out like a patchwork quilt high in the mountains eastern Crete, visiting stunning caves and admiring home-produced textiles.

Photo Caption: More than 7,000 windmills bring water to the Lasithi Plateau, a high haven in the Dikti Mountains of Crete, Greece. 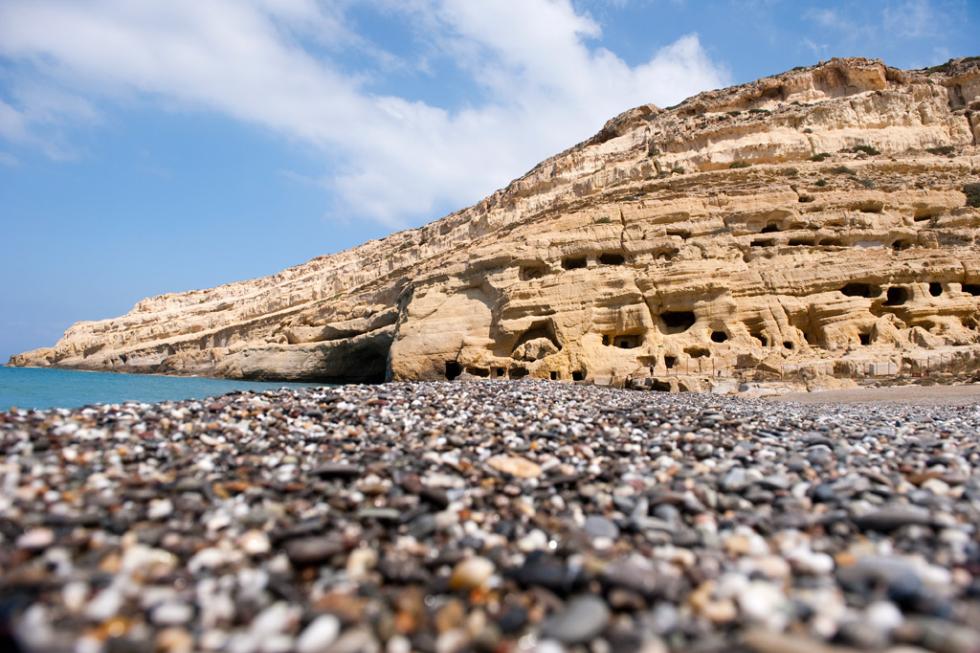 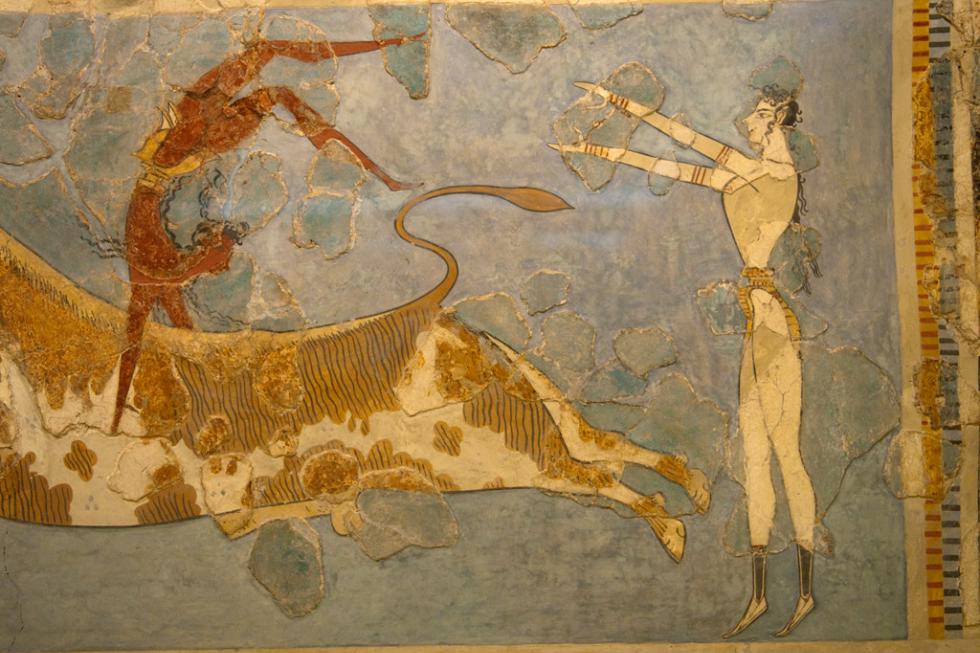 Yannis Lefakis
Seeing Where Legend and History Combine
Getting to grips with Europe's first civilization -- the Minoans -- in the Archaeological Museum in Iráklion, following up with a visit to the world-famous Minoan palace at Knossós, then drinking in the atmosphere in some more of Crete's Minoan sites.