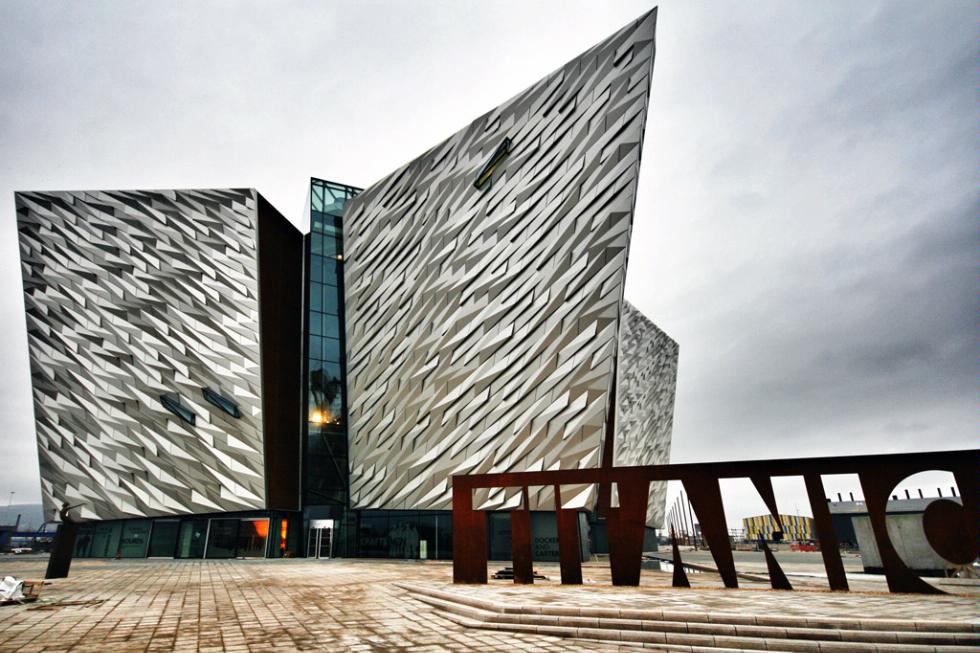 By Fiona Quinn
On April 14, 1912 at 11:40pm, the RMS Titanic, the largest passenger liner in the world, hit an iceberg off the coast of Nova Scotia. She was 4 days into her first Atlantic crossing. By 2:30am, just 3 hours later, the ship had begun to completely sink bow first. For many, this will call to mind scenes from James Cameron's 1997 film Titanic. Towns and cities throughout the world have joined in memorializing the disaster, creating permanent exhibits and memorials, the most poignant being in those towns with the deepest connection to the famous vessel. 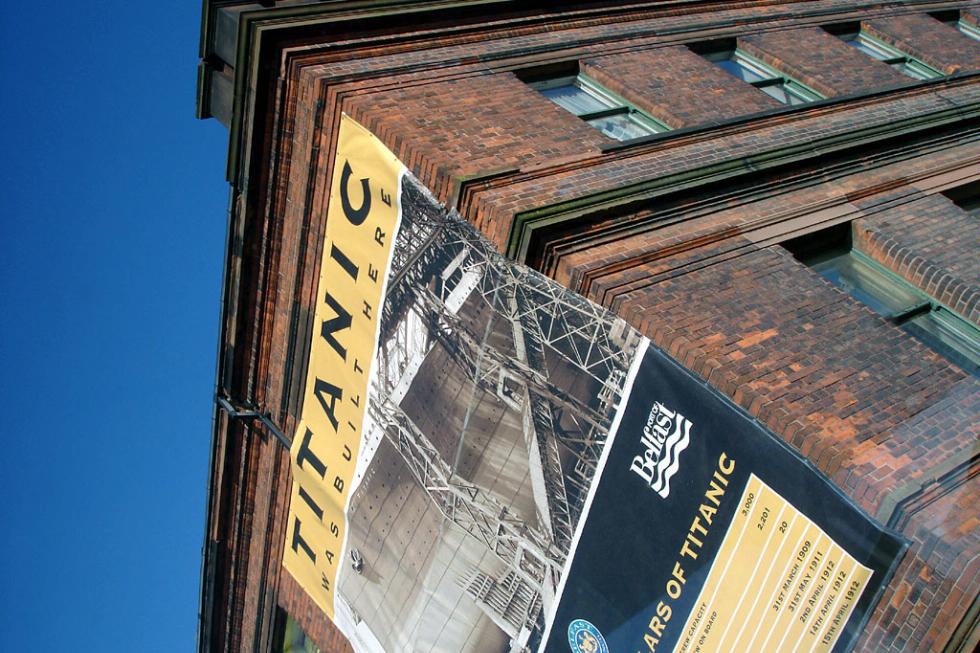 coda
Belfast, Northern Ireland
The RMS Titanic was built in Belfast and launched in May 1911. The Titanic Belfast (www.titanicbelfast.com) -- a huge interactive experience -- is housed in a stunning building in the Titanic Quarter regeneration area, where the ship was originally built. In this area, you can also take part in Titanic Walks (www.titanicwalk.com) and boat tours (www.laganboatcompany.com) of the Harland & Wolff shipyards, the Titanic shipbuilders, as well as visit the Titanic Dry Dock (www.titanicsdock.com). 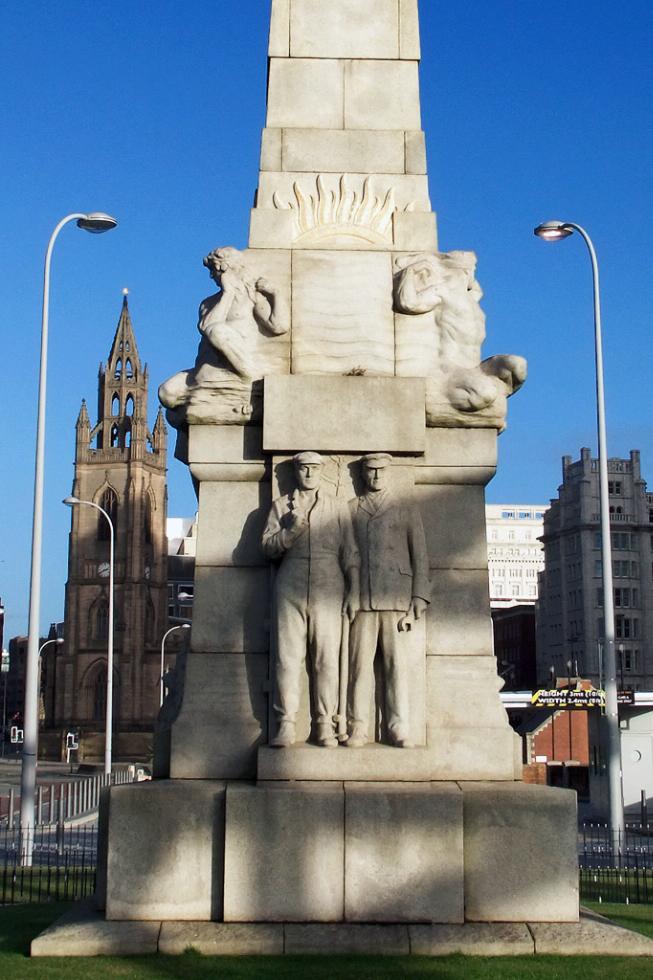 Peter Ealey
Liverpool, England
The offices of White Star Line, the owners of Titanic, were based in Liverpool (the offices have since been demolished) and it was here the ship was registered, although she never came herself. You'll find a Memorial to the Engine Room Heroes, of which 244 died, at St. Nicholas Place, Pier Head. In addition, inside Liverpool Cathedral, there is a carving of the Titanic in the stonework and a stained-glass window dedicated to the captain.

Photo Caption: Memorial to the Engine Room Heroes of the Titanic, Liverpool. 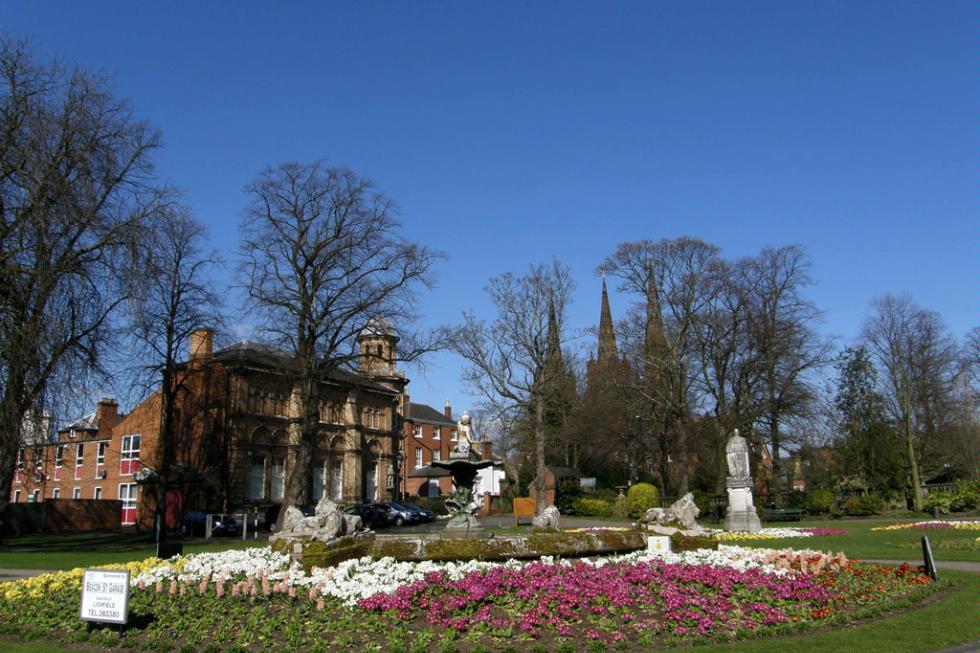 Sue HJ Hasker
Lichfield, Staffordshire, England
Titanic's captain and White Star Line's senior commander, Captain Edward John Smith, came from near here at Hanley, Stoke-on-Trent, where you will find a Blue Plaque on the wall of 51 Well Street. In Beacon Park in Lichfield there is a bronze statue of the man himself. 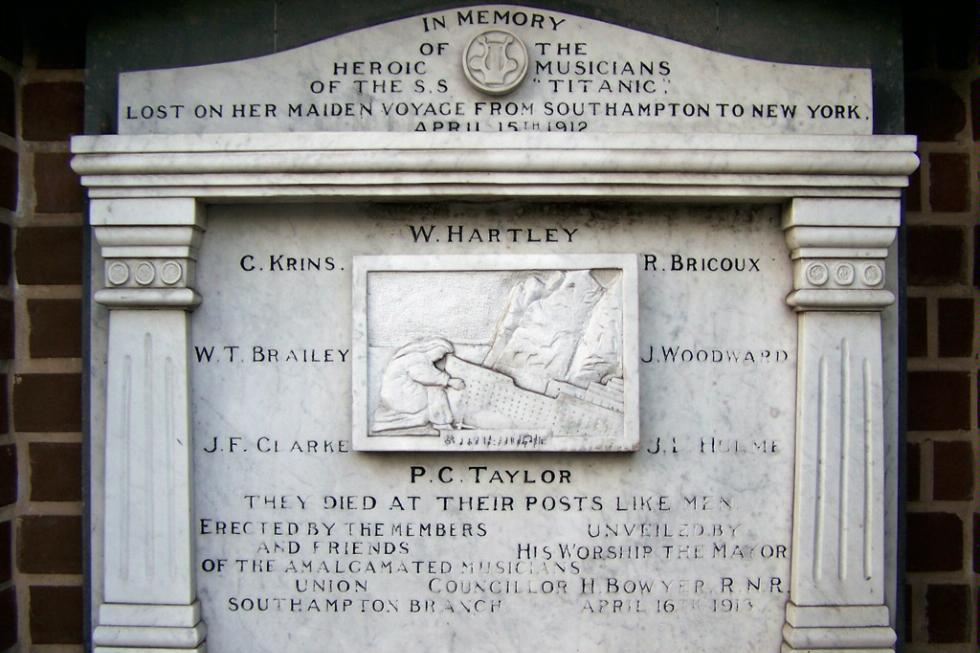 Marek69
Southampton, England
Titanic departed from here with its first paying passengers at 12:15am on April 10, 1912. On this day in 2012, 100 years after its departure, the SeaCity (www.seacitymuseum.co.uk) museum opened with a permanent Titanic exhibition. There are three additional memorials in town: the Titanic Engineers' Memorial is in East Park; the Titanic Musicians' Memorial to Wallace Hartley and his band who played while the ship sank, is in Cumberland Place; and a Stewards' memorial is in the grounds of Holyrood church.

Photo Caption: The Titanic Musicians' Memorial, Southampton, is dedicated to the band that continued to play as the Titanic was sinking. 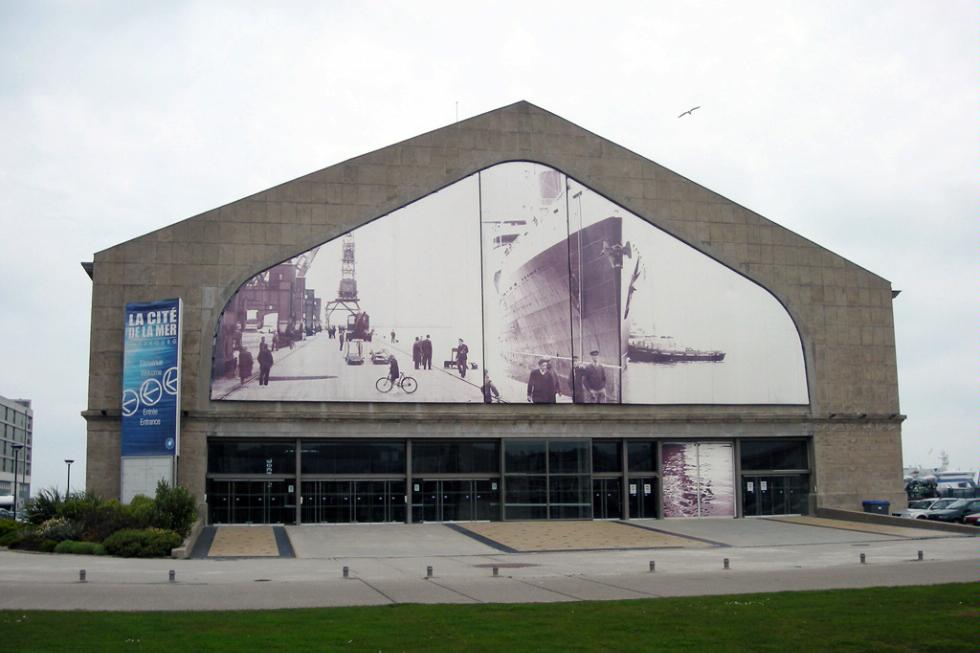 Ji-Elle
Cherbourg, France
The Titanic entered Cherbourg harbour on April 10 at 6:35pm. The huge ship could not dock in the shallow harbour so the boats Nomadic and Traffic brought the 281 passengers to the liner, before it headed to Ireland. The former Transatlantic Passenger Terminal now houses the Cite de la Mer museum. Since the tragedy's 100th anniversary in 2012, the museum has housed a permanent exhibition to Titanic (www.cherbourg-titanic.com/en). 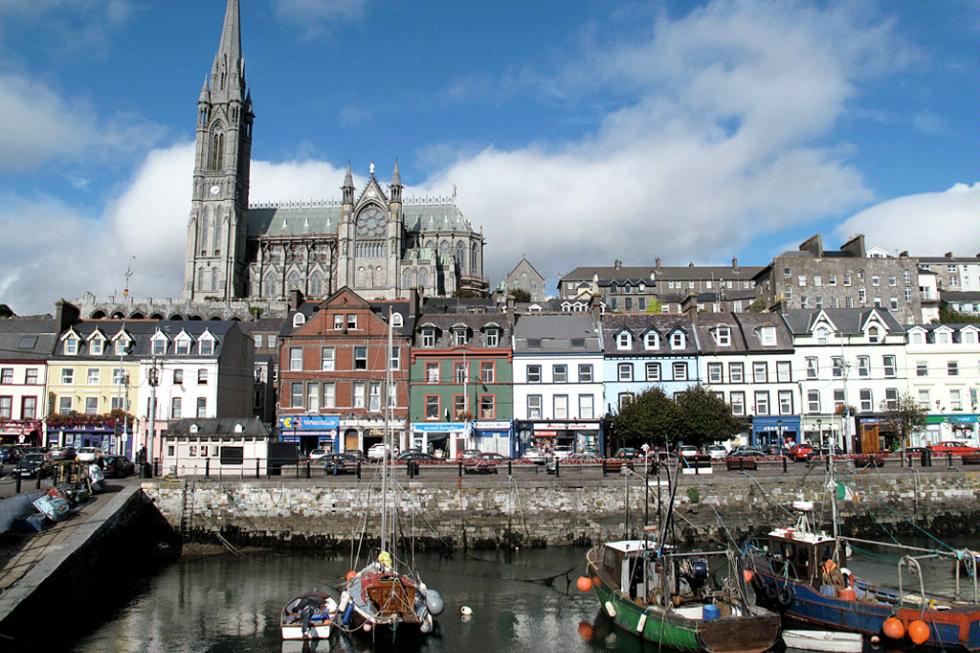 Peter Jan Haas
Queenstown (now Cobh), Ireland
This was the Titanic's final landing place, where the last passengers boarded, before heading across the Atlantic with 2,228 passengers and crew. The memorial stands at Deepwater Quay. 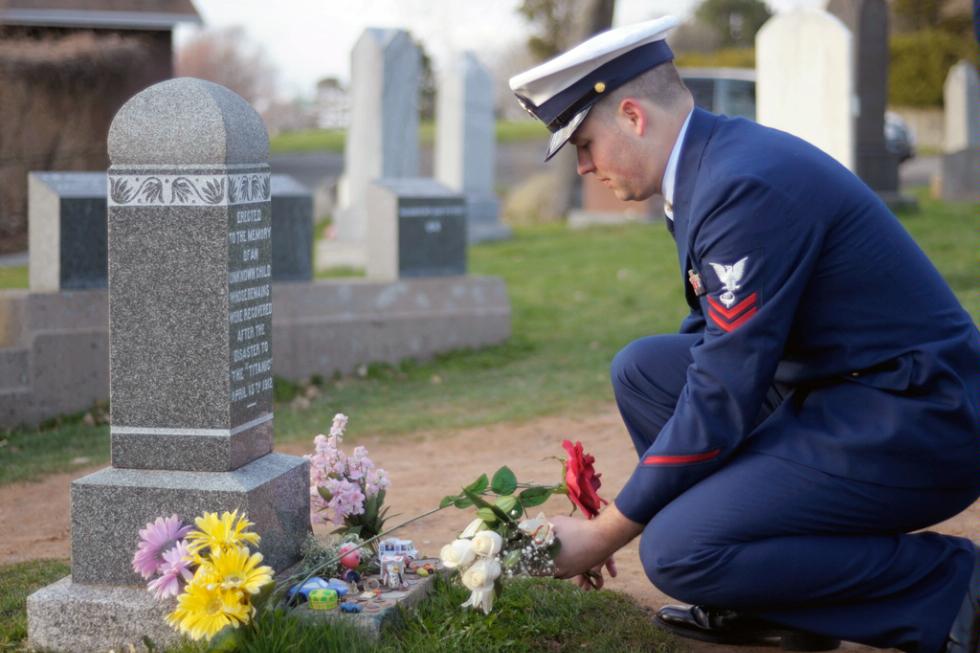 U.S. Coast Guard
Halifax, Nova Scotia
At 11:40pm, April 14, 1912 the Titanic struck an iceberg. The mayday was sounded and ships set sail from here and were the first to bring victims to shore. Today, more than one hundred of those who perished are buried at Fairview Lawn Cemetery. Many of the artifacts found afterwards floating in the sea, including wooden objects and a pair of child's shoes are displayed at the Maritime Museum of the Atlantic (www.museum.gov.ns.ca/mmanew/en).

Photo Caption: Coast Guard crews gather at the Fairview Lawn Cemetery to remember the victims of the Titanic. This cemetery is the resting place of more Titanic passengers than any other other in the world.
advertisement 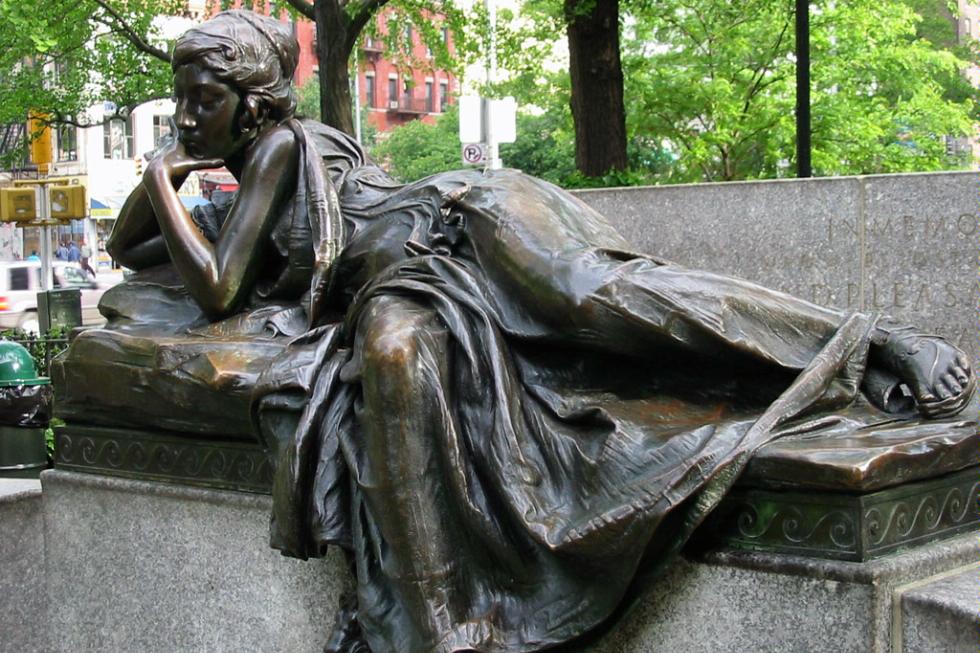 warsze
New York City, New York
This was to be the destination for those sailing on the Titanic. Macy's co-owner and U.S. Congressman, Isidor Straus and his wife died on the Titanic that fateful night. There is a memorial to them in Straus Park, Morningside Heights. You'll also see a Titanic Memorial Lighthouse at the entrance of South Street Seaport. 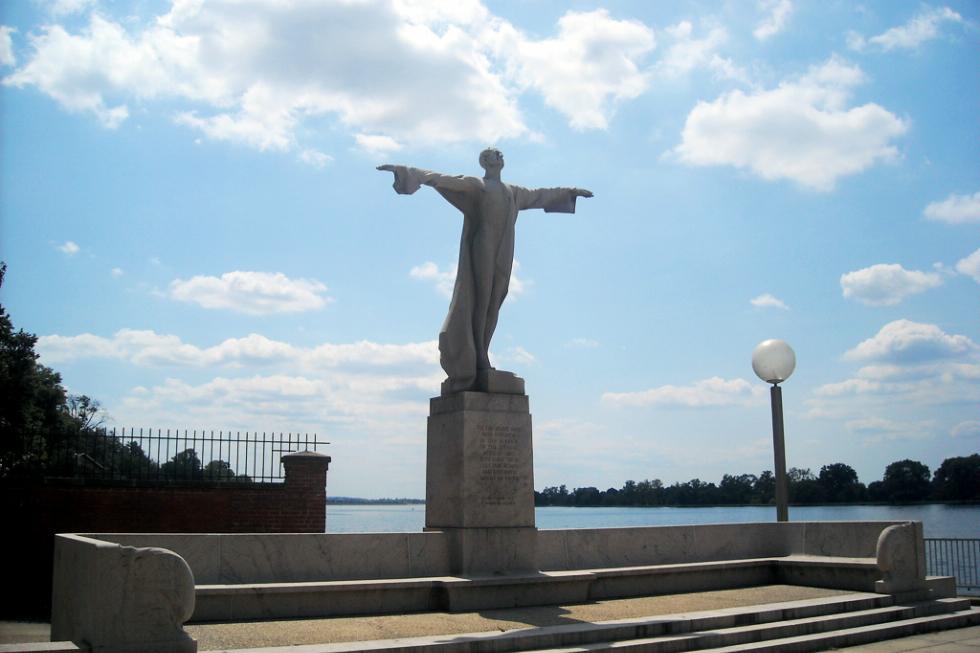 ncindc
Washington, D.C.
The women who survived dedicated this Titanic Memorial in Washington Channel Park at Fourth and P Street SW to the men who died trying to save the women and children. 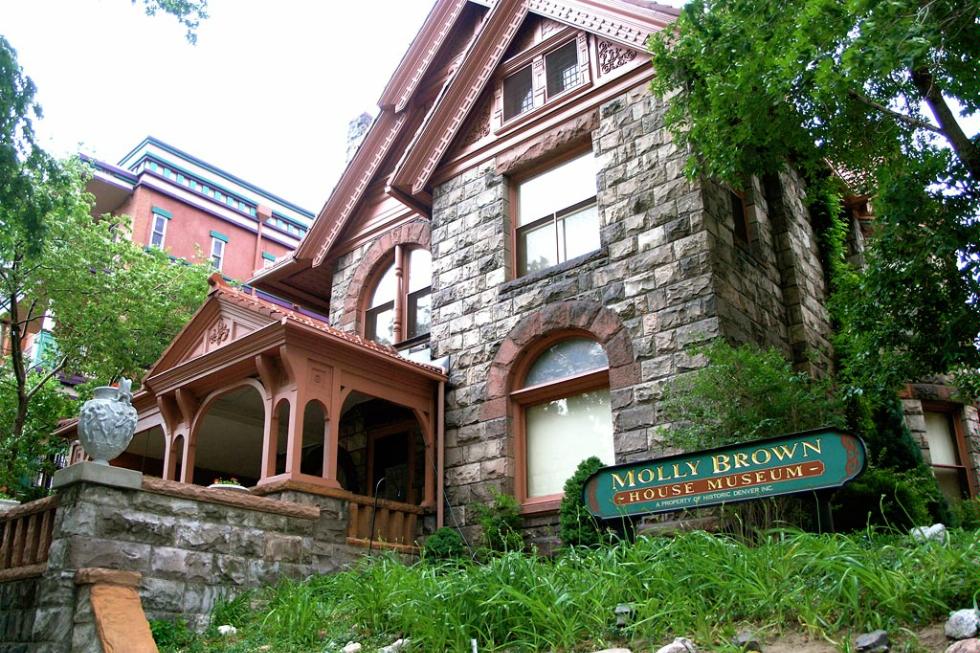 misterbisson
Denver, Colorado
Mrs J. J. Brown, known as Maggie to friends, boarded the Titanic at Cherbourg as a first-class passenger. After crew problems, Mrs. Brown took charge of lifeboat no. 6 and allegedly rowed back to find survivors. Her heroism gained her the moniker, The Unsinkable Molly Brown. Her house, at 1340 Pennsylvania St., Denver was converted to a museum, The Molly Brown House (www.mollybrown.org), commemorating Denver life in 1910.