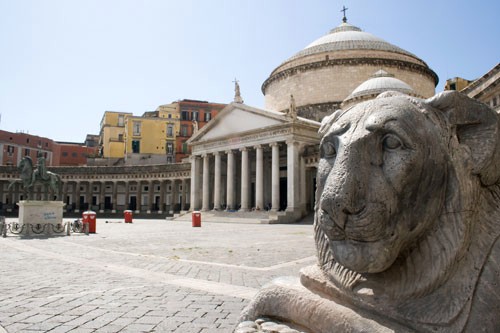 By Nicky Swallow
Top Sights in Naples & the Amalfi Coast
This is, without a doubt, one of the most colorful, vibrant, and interesting areas of Italy, home to world-class museums and archeological sites, extraordinary scenery, superb restaurants, and enough hidden gems to keep an agoraphobic happy for days. It was a tough job to single out just 14 highlights, but my favorite moments range from a genuinely awe-inspiring first visit to Naples' Archaeological Museum to a memorable al fresco seafood meal. 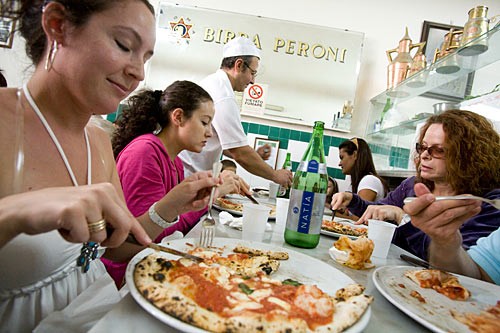 Raffaele Capasso
Tucking into Your First Pizza at Da Michele
In Naples you realize what pizza is all about. The Neapolitans make the best in the world; crusts are light and puffy and toppings are made with San Mazzaro tomatoes and real mozzarella. Da Michele may not go in for frills, but the pizza is fab.

Photo Caption: Much of the appeal at Da Michele, a tiny pizza joint widely held to be Naples's best, is the stripped down, focus-on-product-not-frills approach. 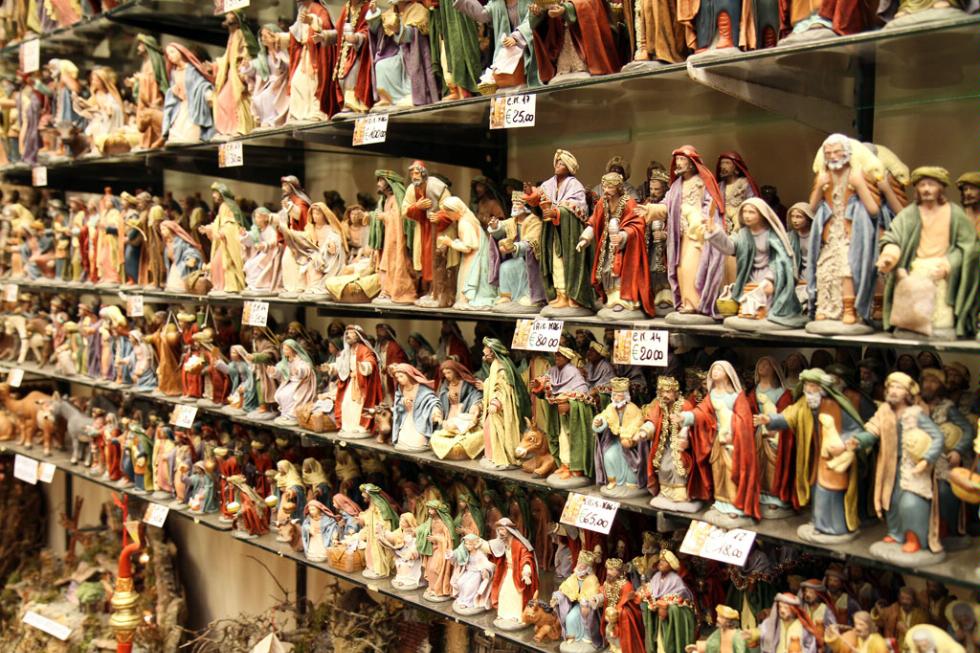 john_myers
Walking in Via San Gregorio Armeno
Guaranteed to put you in the holiday mood, from early December this Naples street is chock-a-block with twinkling shops and stalls selling artisan-made Christmas crib figurines. 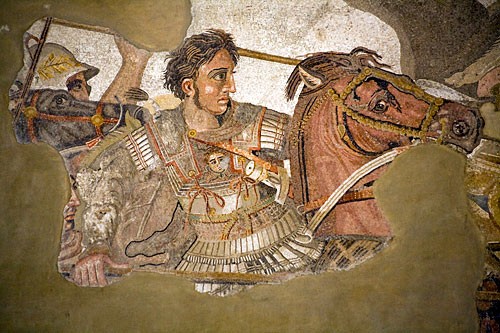 Anne Ackermann/ Novus Select
Visiting the Archaeological Museum in Naples
The first time you visit the Archeological Museum is an experience not quickly forgotten. The collections of Roman sculpture and the ancient bronzes are unique; just look at those two bronze athletes with their haunting eyes in Rooms 114-117.

Photo Caption: The museum's prize mosaic, from Pompeii, showing Alexander the Great and his steed Bucephalus in battle against the Persians. 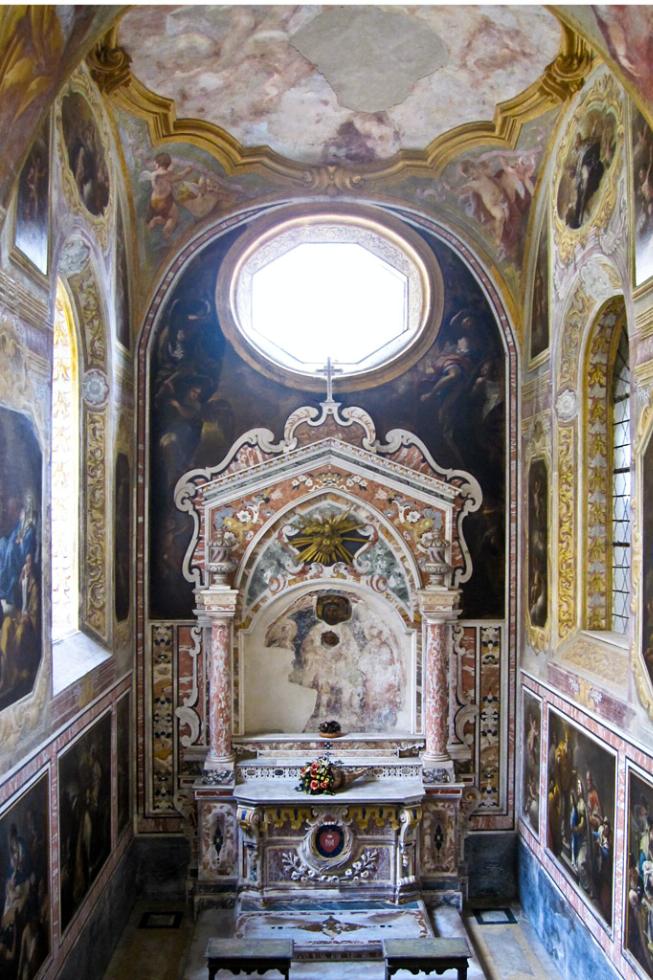 armando46
Taking Respite from the City Chaos in San Gregorio's Cloister
Soothe your soul in peaceful San Gregorio Armeno, it's hard to believe that such a spot can exist among the madness of the Spaccanapoli. 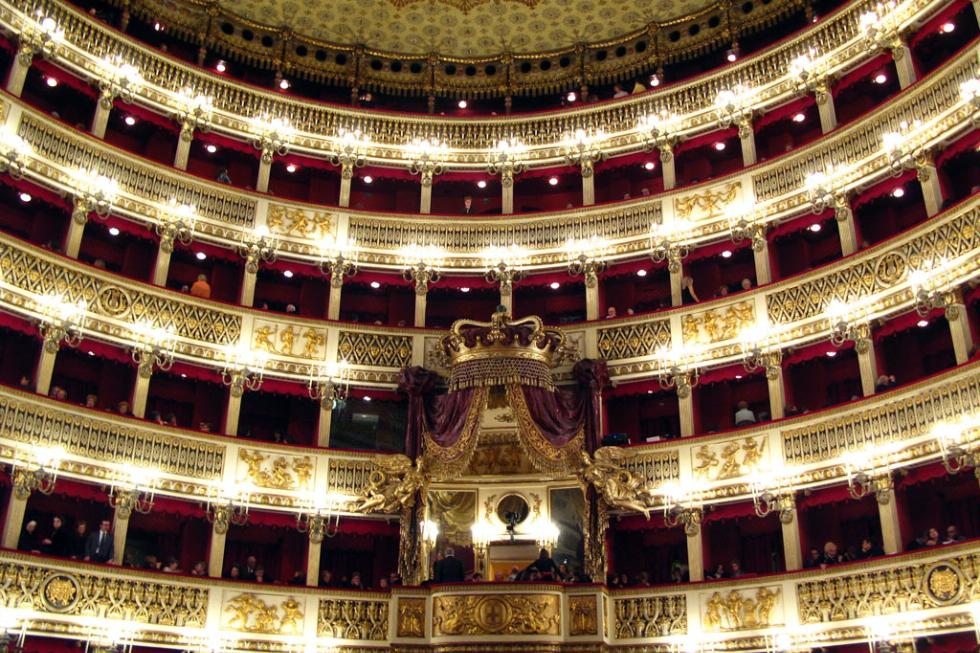 paula soler-moya
Waiting for the Curtain to go up at Teatro San Carlo
Teatro San Carlo is one of Italy's premier opera houses. There's nothing more exciting for opera lovers than the moment when the lights go down; performances here will not disappoint. 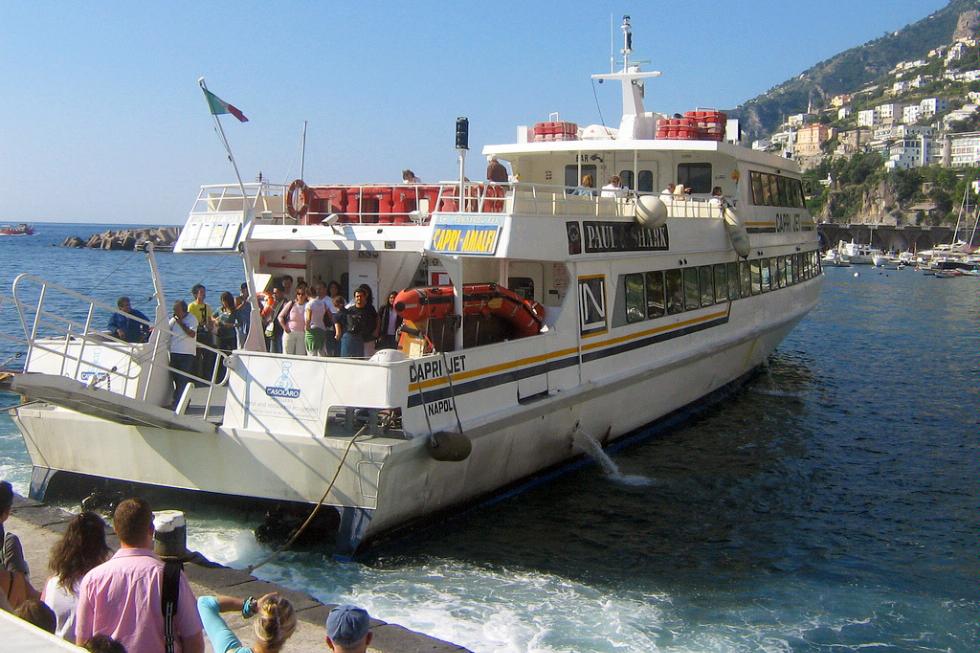 danielaineurope
Catching a Ferry to the Islands
Naples is an immensely rewarding and exciting city, but it is undeniably crazy. After a few days wandering its traffic-clogged, noisy streets, jump on a ferry for a taste of sleepy island life.

Photo Caption: Catching a ferry to Positano from Naples, Italy. 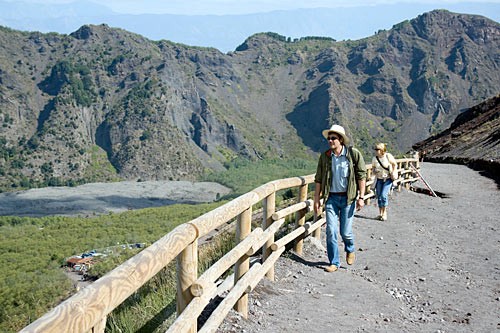 Anthony Woods
Peering into Vesuvius' Crater
The short trek up to the rim of the only active volcano in mainland Europe offers fabulous views, wild flowers, birdsong and a lasting impression of the awesome power of nature.

Photo Caption: The trail to the summit of Mt. Vesuvius. 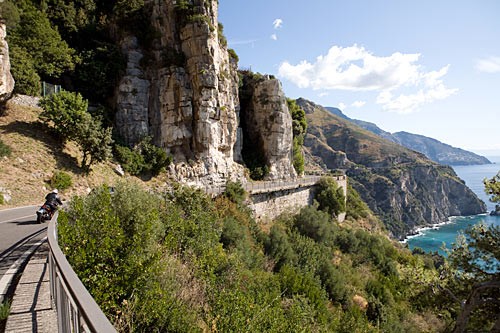 Raffaele Capasso
Glimpsing the Amalfi Coast for the First Time
As you descend the Nastro Azzurro ("Blue Ribbon") road that runs over the mountain from Sorrento to Positano, gives a taste of what it is to embark on one of the world's famous coastal drives. The scenery becomes increasingly dramatic as the blue sea glistens far below.

Photo Caption: The winding stretch of coastal road between Sorrento and Amalfi is one of Europe's classic drives. 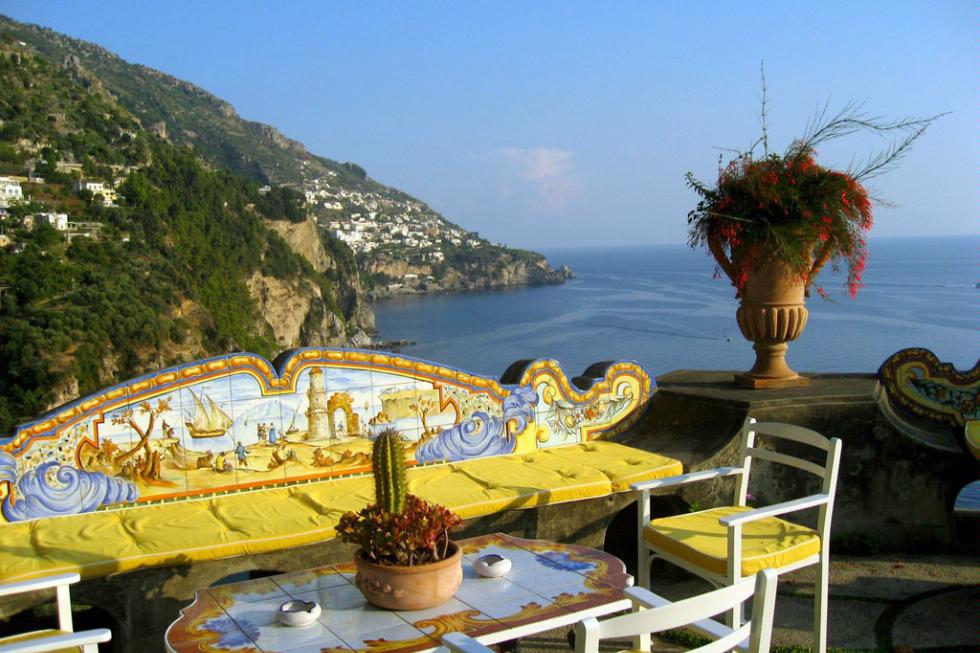 dianitam
Drinking Sunset Cocktails on the Terrace of the Hotel San Pietro
One of the more indulgent highlights of an Amalfi Coast tour. The celebrated Hotel San Pietro enjoys a setting second to none, clinging to the side of a cliff just east of Positano. Cocktails are served on the top terrace to a backdrop of the town's twinkling lights. Magic. 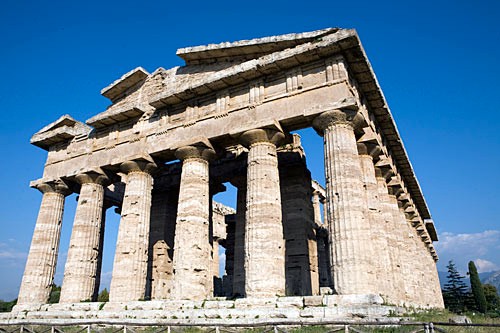 Elisabeth Blanchet
The First View of the Greek Temples at Paestum
Some of the best preserved Doric temples outside Greece, Paestum's three giants rise from the surrounding countryside like a mirage. Try and catch them at sunset for a truly memorable experience.

Photo Caption: The unmistakably Greek temples at Paestum have a history that stretches back to 550 b.c. 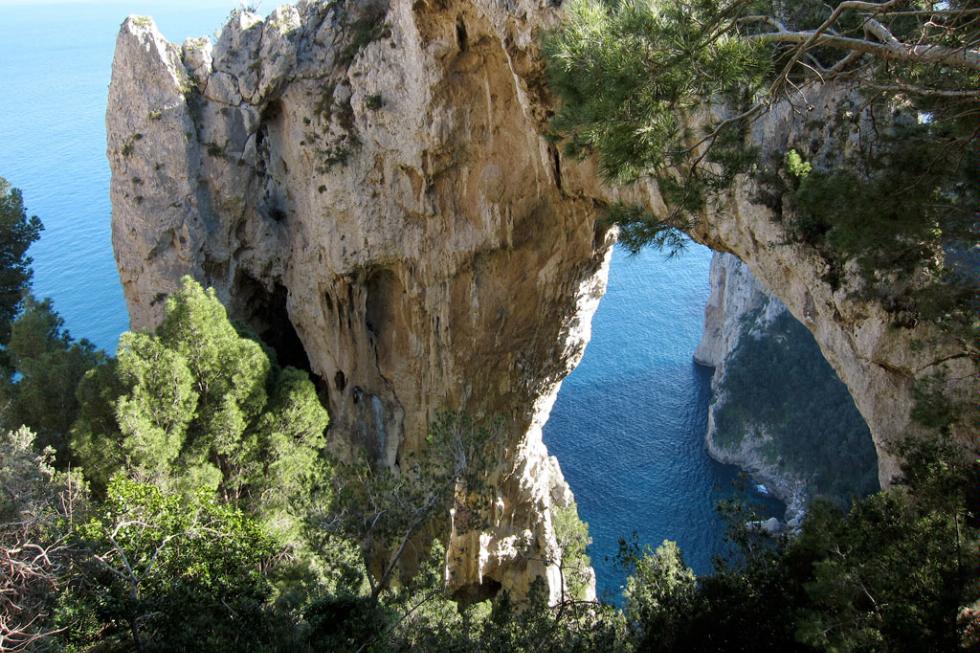 logicalrealist
Walking the Arco Naturale Footpath on Capri
You'll need good shoes and plenty of stamina to cope with the 800-odd steps, but will be rewarded by some of the most spectacular scenery to be found in the region. 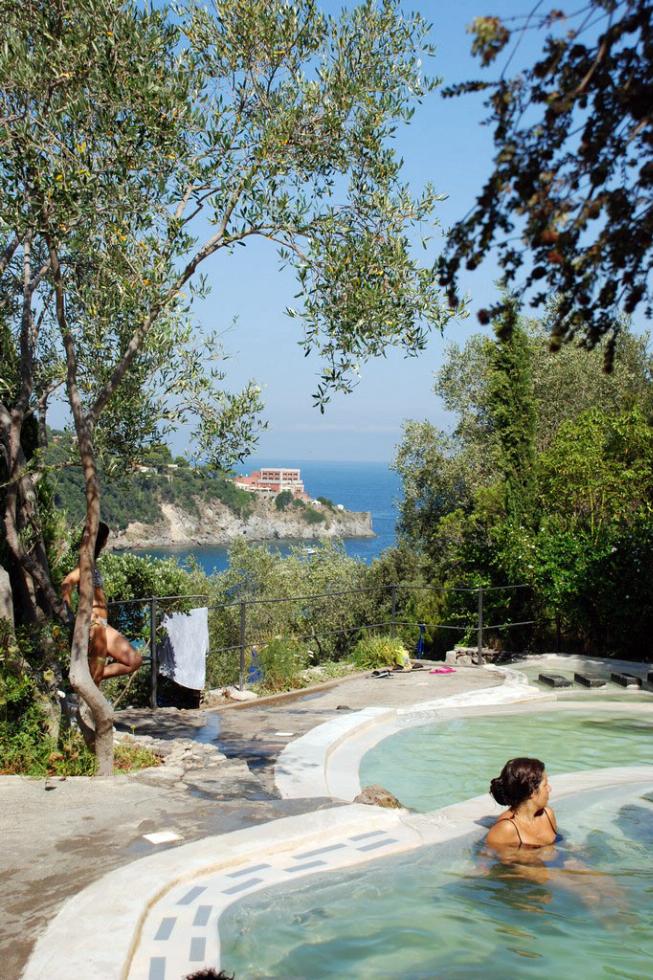 Yellow.Cat
Sinking into Ischia's Warm Thermal Waters
The healing powers of Ischia's thermal springs have been known since Roman times. On a cool spring or autumn day they make a perfect therapy for museum-weary bones. 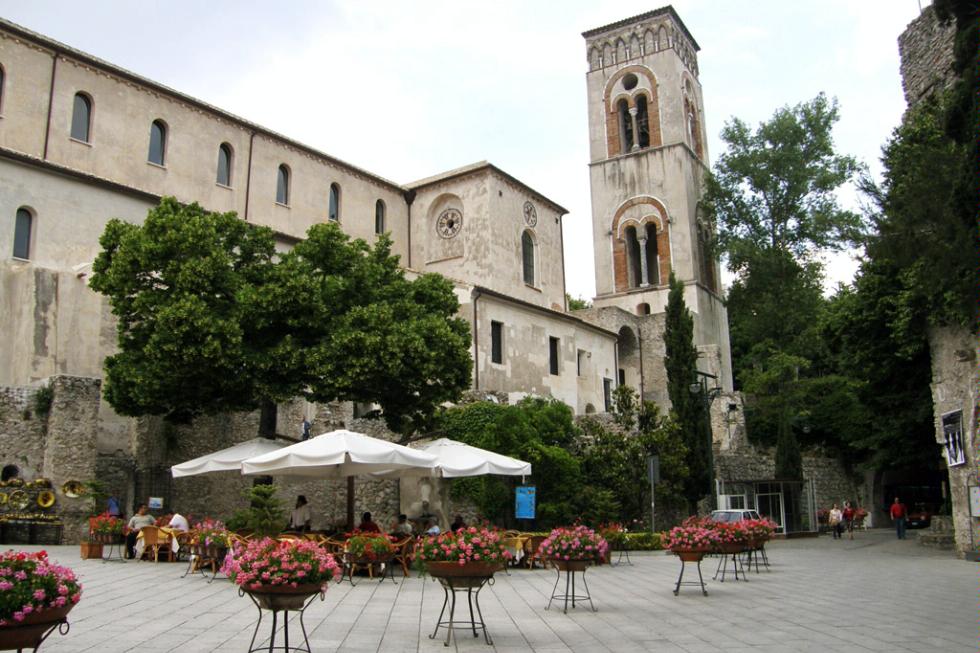 Frommers.com Community
An After Dinner Digestivo in Ravello's Piazza del Duomo
Leaving the madness of the coast below far away, refined Ravello is a civilized place to spend the night. After dark, the square with its marble paving stones and lovely cathedral, is at its most atmospheric. 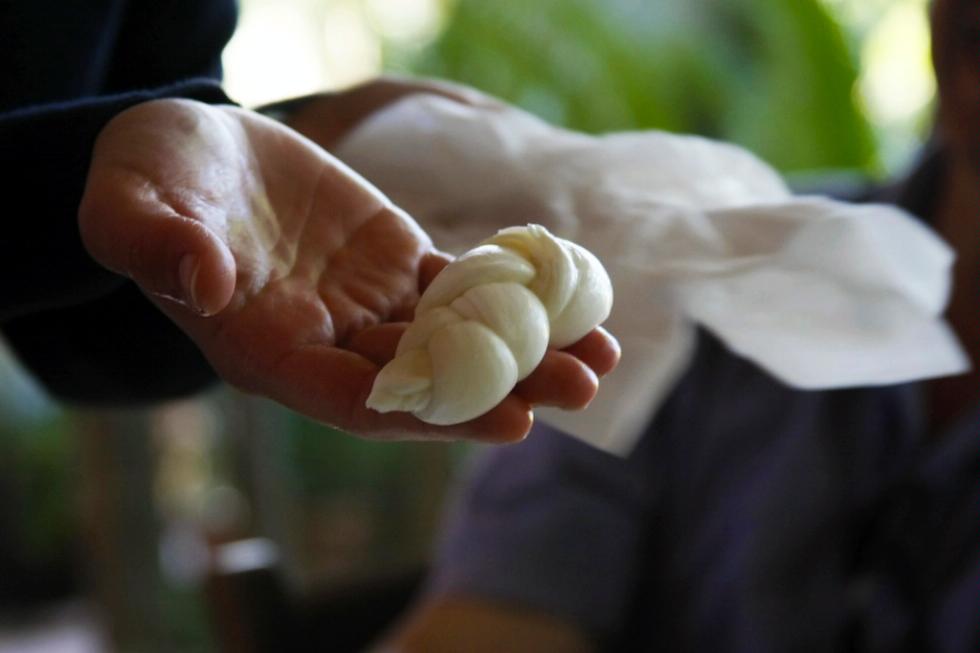 alui0000/
Tasting Real Mozzarella di Bufala for the First Time
You don't know what mozzarella is until you taste the real thing; it bears no resemblance to the rubbery stuff you buy in those little bags at home. Produced by hand from buffalo milk, some of the best mozzarella in the world comes from the Naples area. The Fattoria del Casaro at Paestum makes its own.