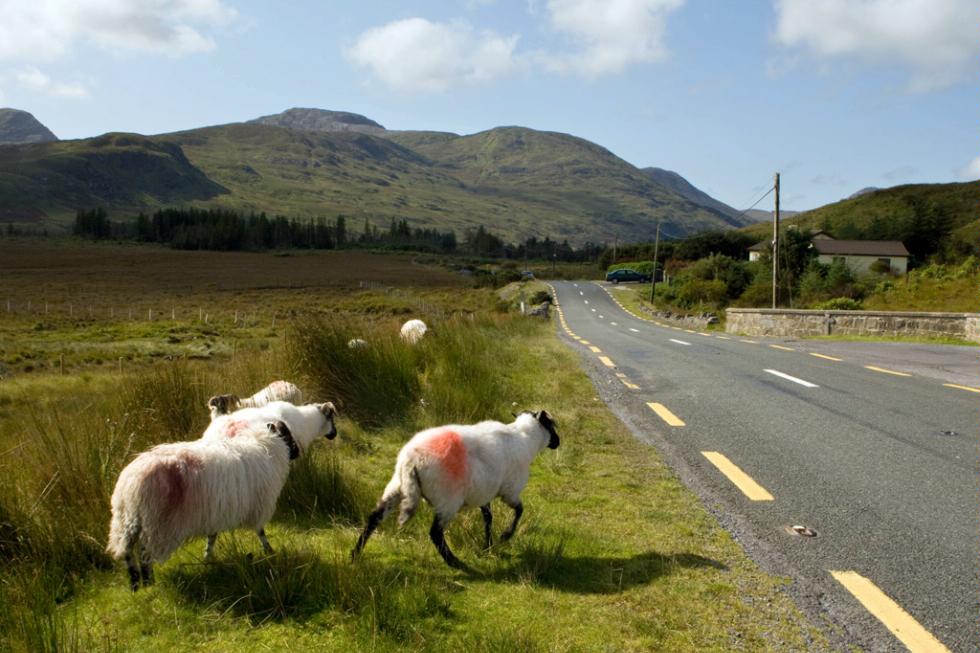 By Frommer's Staff
The pleasure of exploring Ireland will be immeasurably richer and more varied if you give yourself plenty of freedom along the way. We've gathered these suggestions, hard-won from our own experience, not to restrict you but to help you make the most of your travel time, energy, and budget while allowing for chance discoveries. 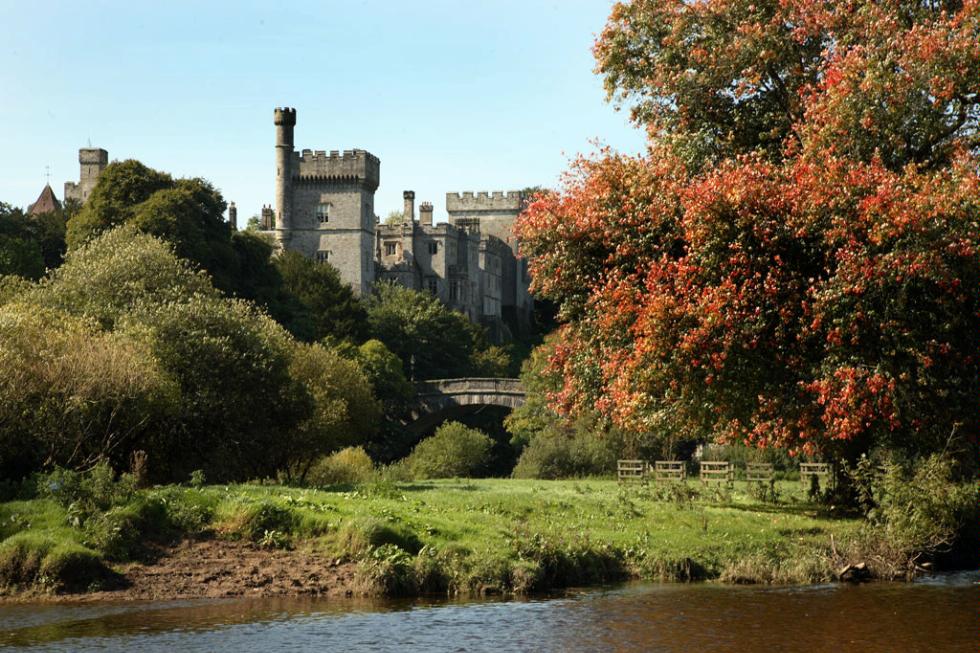 Anthony Woods
Tip #1: Consider Shoulder Season
Spring and fall are our favorite times to visit Ireland -- the roads are less crowded, museum lines shrink, and hotel prices drop, as do airfares. It's only about 10 degrees cooler in May than in June, but you can save hundreds of dollars by traveling before the summer tourists descend. Likewise, the weather is still temperate in September, but travel is much less expensive compared to August. If money is an object, there's plenty you can do to make this trip more affordable. 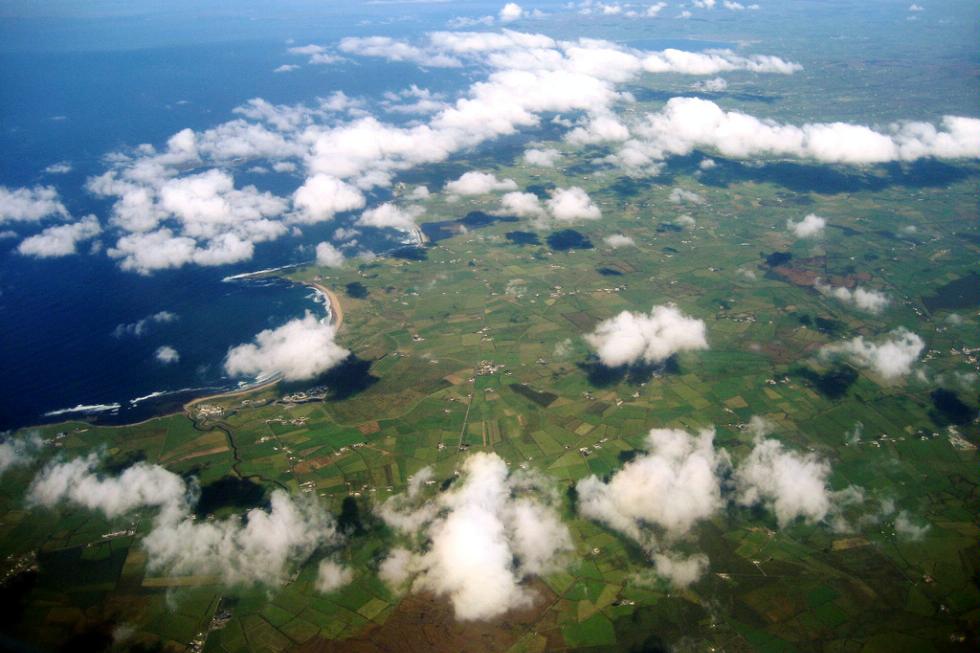 bendo1
Tip #2: Don't Worry About Where You Arrive
Ireland is a small country, so you can traverse it with relative ease. For example, Belfast is just a couple of hours by car from Dublin Airport, and vice versa; Shannon Airport is just a couple of hours' drive from Kerry, and vice versa. Unless you have only a few days to travel, choose the cheapest and most direct flights to Ireland rather than a particular city in Ireland, and consider the drive to your first hotel a sightseeing excursion. 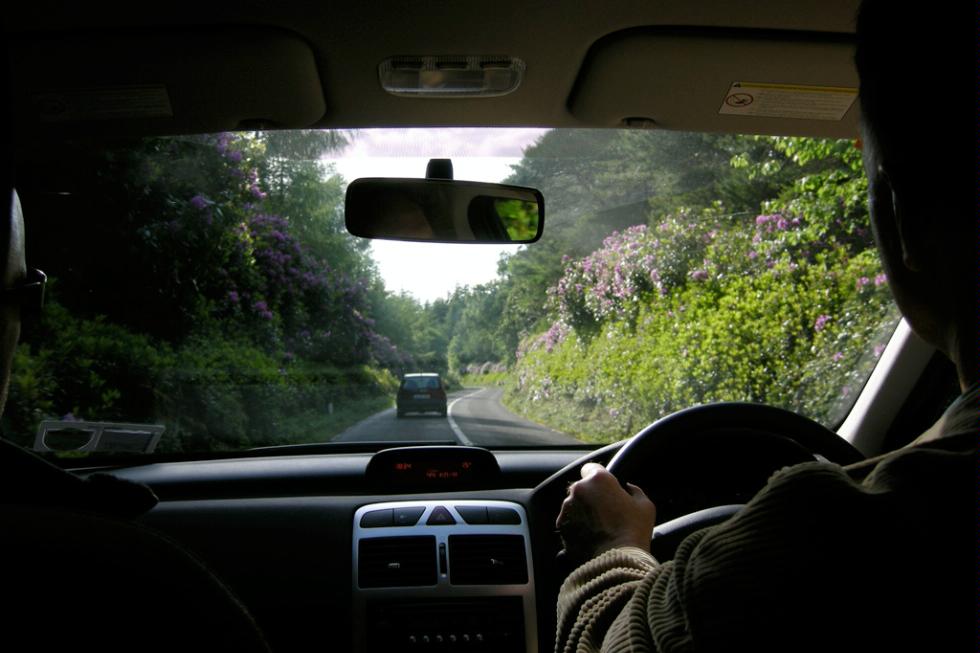 irishfireside
Tip #3: Rent a Car
The rail system in Ireland is fine if you're going from one major city to another, but it's not useful if you want to explore villages, castles, and sights out in the countryside. Buses can help fill the gap, but in far-flung areas they are infrequent and unreliable. Despite the challenges to some visitors of driving on the left on narrow roads, cars will afford you the maximum freedom, and they're relatively inexpensive to rent. You can have a fine trip to Ireland without a car, but with a car you will experience more of the country. 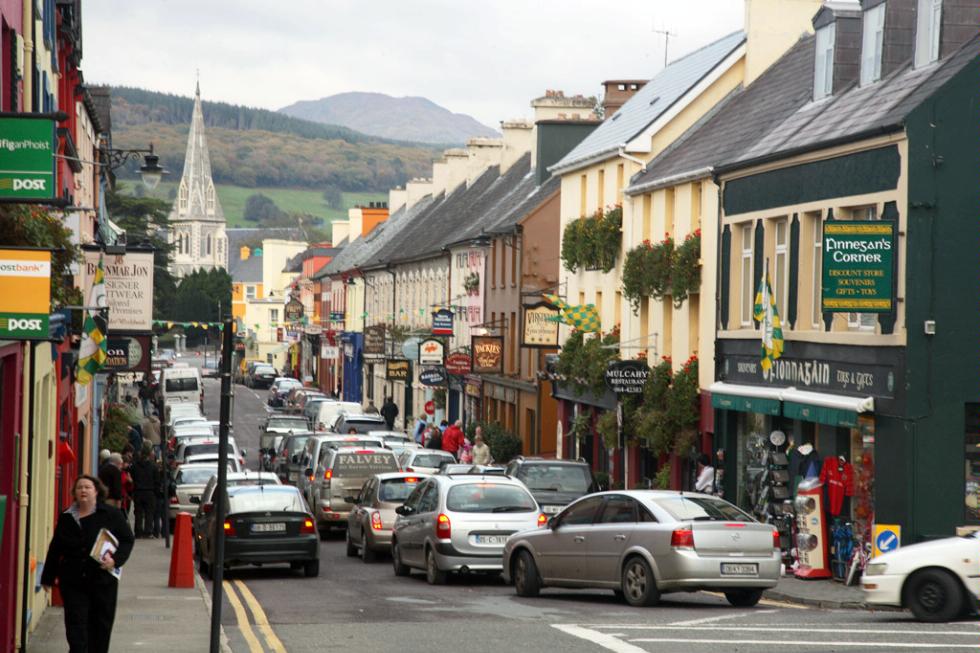 Anthony Woods
Tip #4: Allow Plenty of Time to Get from point A to point B
Yes, Ireland is small -- but the roads are to scale. Although the last decade has seen a virtual explosion in road construction, and some four-lane highways have been built, they are still relatively scant. Even highways marked as "major roads" in the middle of nowhere can prove to be little two-lane farm roads. In very remote areas, it's not uncommon to encounter single-lane roads where you have to pull over to let oncoming traffic pass. If you travel by public transportation, don't think you'll whiz to your destination that way either. Trains and buses are infrequent, especially in the countryside. Also, trains tend to follow the most heavily traveled routes. If you try to get from Killarney to Galway by train, you'll have to go by way of Dublin, on the opposite side of the country. Buses pick up some of the slack, but they must get through the same traffic and down the same roads as cars.

Photo Caption: Traffic along the main street of Kenmare, Ireland. 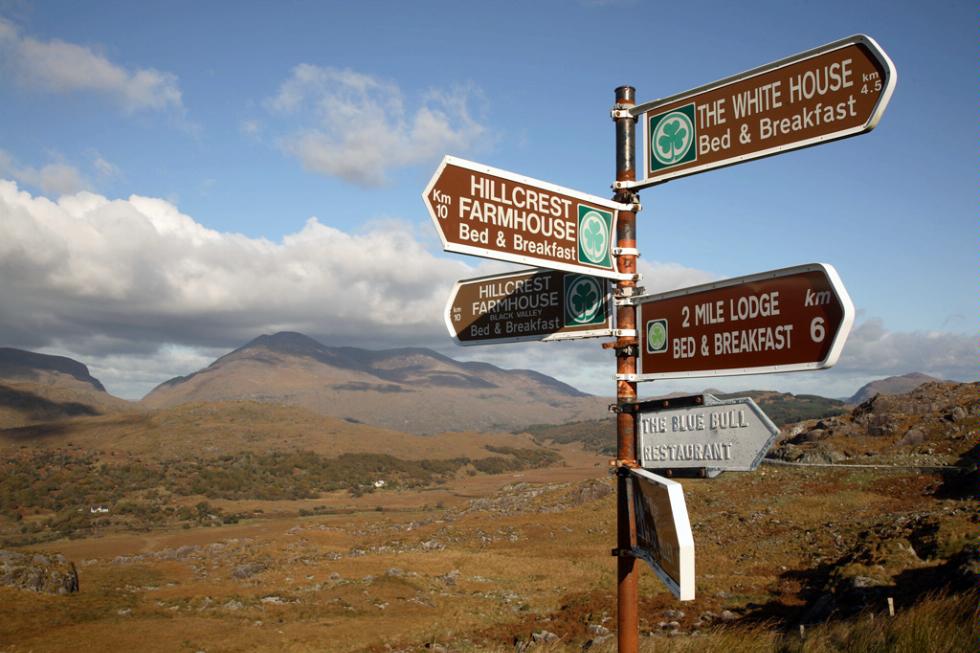 Anthony Woods
Tip #5: Decide Whether to Hotel-Hop or Stay Sedentary
Take advantage of the proximity of Irish towns by choosing a hub in each region and exploring the surrounding area from there. Park yourself in Kenmare, for instance, and from there you can easily visit the Ring of Kerry, Dingle, Killarney, and Tralee. Stay in Derry, and you can spend more time exploring the northern coastline, the Giant's Causeway, and the Glens of Antrim -- and less time repacking, lugging bags to the car or train, and unpacking at yet another new hotel. 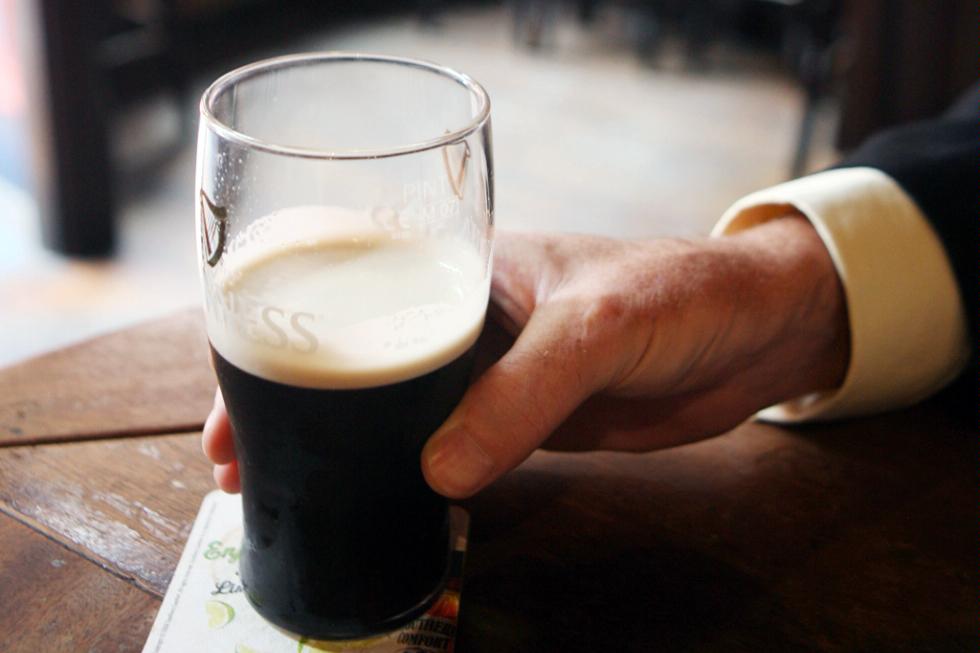 James Horan
Tip #6: Visit the Local Pub
The heart and soul of villages and small towns, pubs in Ireland, as in the U.K., are social gathering places, restaurants, music halls, and, in rural areas, post offices, shops, and civic meeting halls. There is no better place to meet locals and find out what their lives are like.

Photo Caption: Drinking a pint of Guinness at McDaid's pub in Dublin, Ireland. 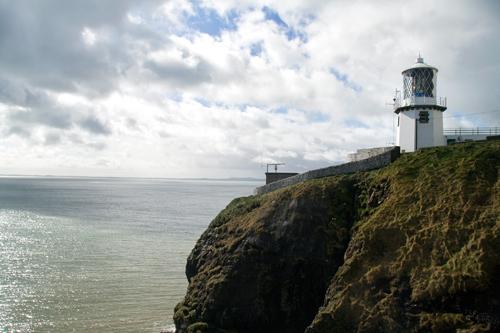 Anne Ackermann
Tip #7: Don't Forget the North
Don't leave Northern Ireland out of your itinerary, despite the fact that you are technically entering another country when you visit. It's one of Ireland's most affordable regions, it's safe, there are no checkpoints or manned borders to cross, and you don't need a separate visa. Just remember that the currency is the British pound, and road signs are in miles, not kilometers.

Photo Caption: The Blackhead lighthouse on the coast of Northern Ireland near Belfast.
advertisement 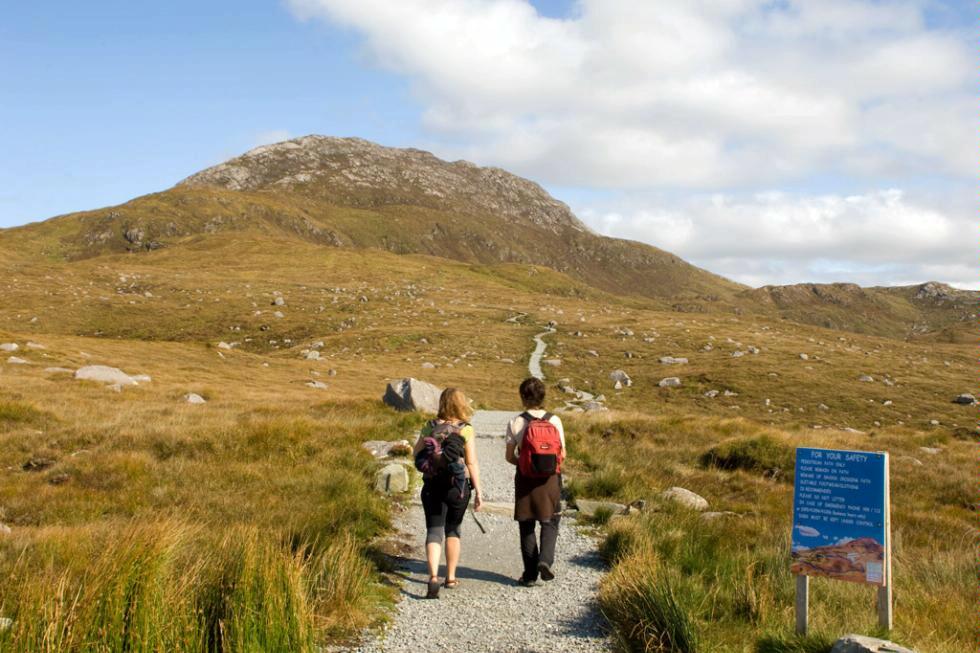 Michael McLaughlin
Tip #8: Remember, You Are on Vacation
Pick and choose the destinations most important to you, and focus on those. Be selective if you'd rather linger over sights that mean something to you.