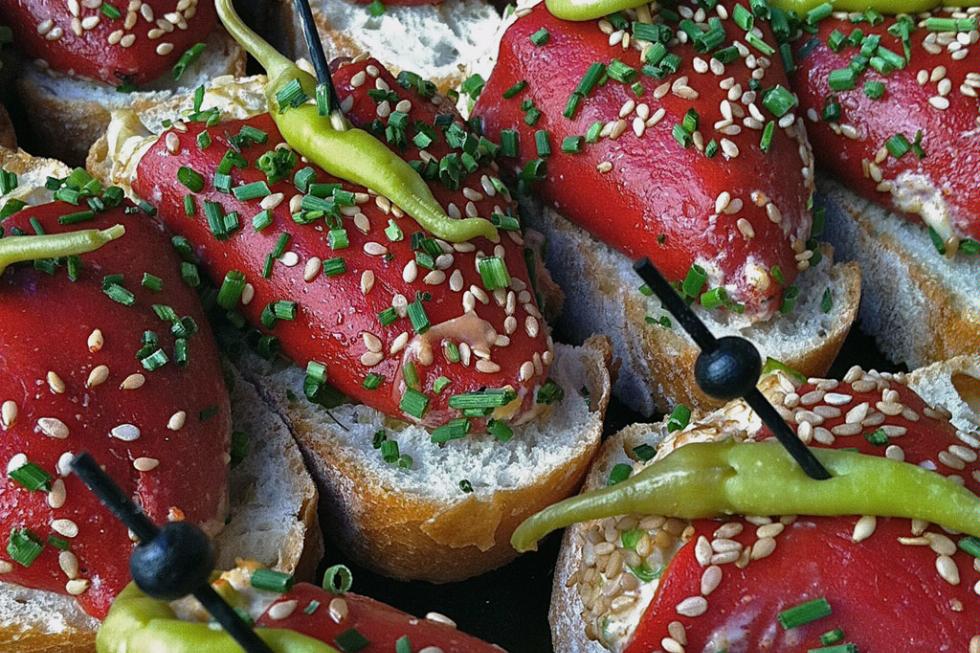 By
Sampling the City
By Jennifer Olvera

Madrid is Spain's most populous city, and it's a multicultural one at that. Situated smack in the middle of the country, it's a cosmopolitan hub with tree-lined streets and art museums -- the Prado, Reina Sofia -- with international appeal.

But Madrid's colorful neighborhoods -- from gay-friendly Chueca to hipster-leaning La Latina and Lavapiés -- also capture the hearts of the food-enthused.

Want to explore its winding back roads, historic squares and narrow, alley-like streets like a true madrileño? Then eat your way through diverse districts, where restaurants haute, humble and historic can be found. A few words to the wise, though: meals start late -- really late -- and often last for hours. And Sundays? Well, they're for drinking it up. So, grab a glass of sherry, vino tinto, or vermouth, and let time pass by.

Photo Caption: A vibrant tapas culture is found throughout Spain, and Madrid - with its tuna salad-stuffed piquillo peppers - is no exception. 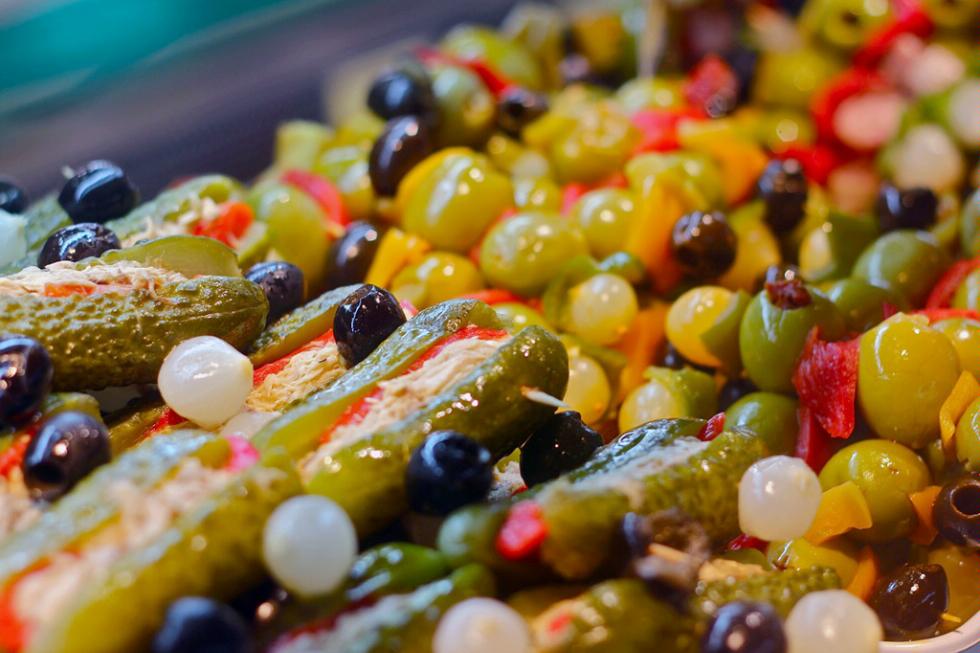 The Eats: Make fast tracks to the upscale Mercado de San Miguel if only for the pickle -- yes, pickle -- sandwiches. These briny bites of wonder are filled with tuna salad and piquillo peppers and speared with olives and pickled onions. While you're there, meander the stalls in search of fresh-fried croquettes, strange-looking percebes (goose barnacles), kegged vermouth and sherry and fresh-shucked oysters. There's a killer cookbook nook, too, as well as sweet stands piled with cupcake-inspired meringue. 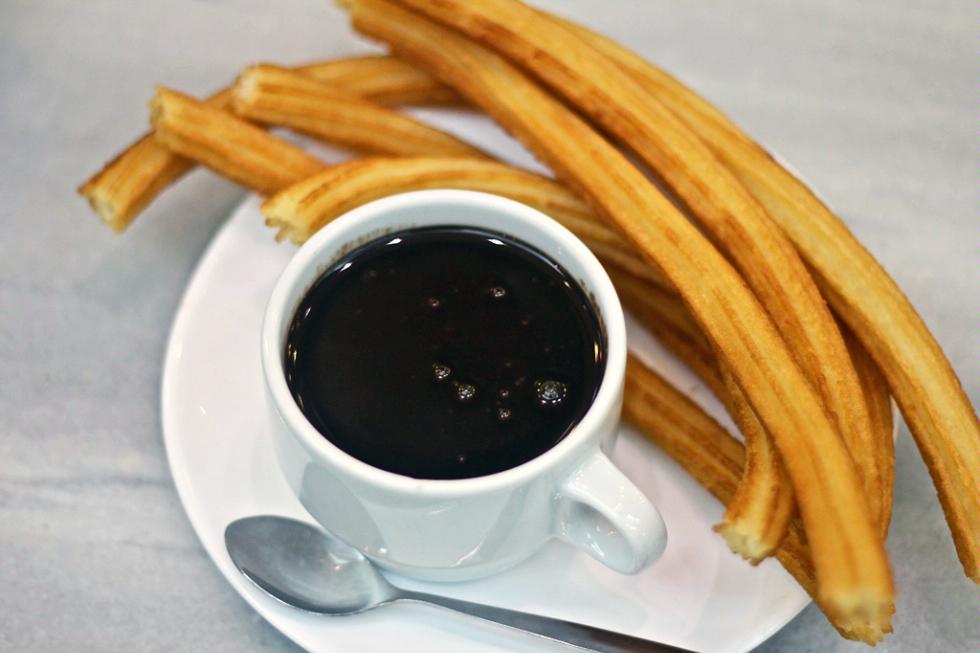 Jennifer Olvera
Churros con chocolate at Chocolatería San Ginés
The Vibe: Tile-trimmed and closely packed, this bi-level spot is where locals and tourists jovially converge. Noshing on pastry wonders, elbow to elbow, they mop up the lightly greasy treats with peculiarly ineffective napkins. Endearing: that's what it is. 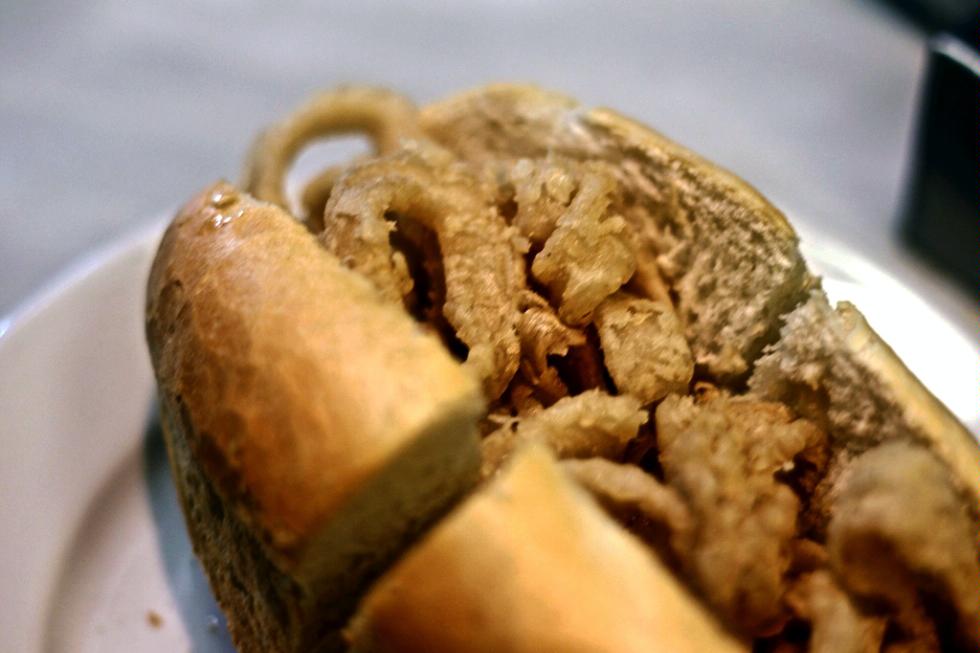 Jennifer Olvera
Calamari Sandwiches at Casa Rua
The Vibe: This long, skinny space -- anchored by a stool-trimmed bar -- is intimate and frequented by locals, who come for cheap, honest food and cold brews, presented without flourish at the counter or passed through a street-side window.

The Eats: What everyone comes for is the bocadillo de calamares, a hefty helping of toothsome squid tucked into a plush bun. Just remember to ask for a lemon to squirt on top, and do order the patatas bravas, a spicy specimen that demands a beer to wash it down. 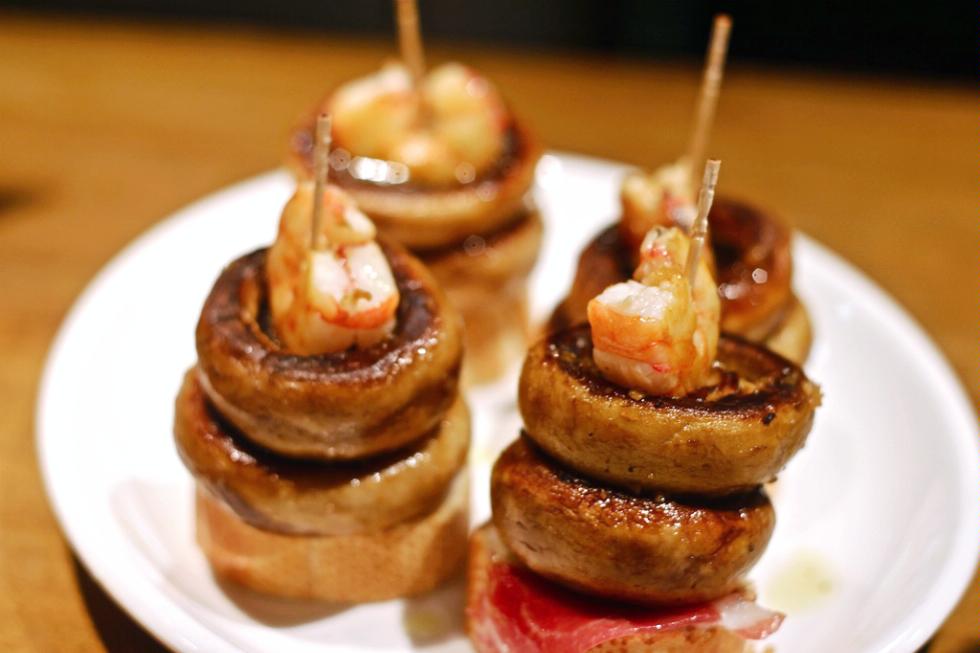 The Eats: From behind the gleaming bar come tidy stacks of garlicky, shrimp-topped mushroom caps bathed in olive oil on slices of bread and paper-thin slivers of jamón or toothpick-speared pintxos, such as planks of tuna beneath anchovies, hot, pickled peppers, onions and olives.

Photo Caption: Stunning in its simplicity, this stack of mushrooms from Puerta 57 arrives finished with plump, garlicky shrimp, atop bread and wisps of jamón. 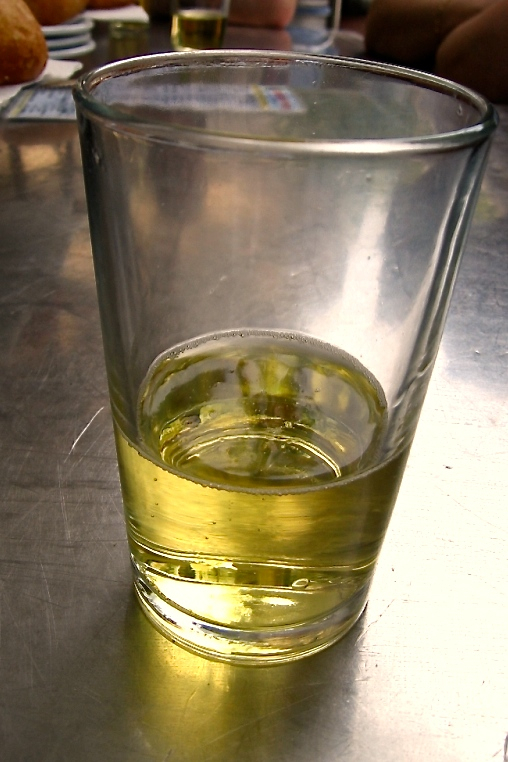 Deramaenrama/Flickr
Drinking Asturian Cider at Casa Mingo
The Vibe: Large vaulted ceilings, wooden decor, and large shared tables give this restaurant an overwhelming ambience of community and warmth--definitely a place where locals and travelers can mix and mingle in what feels like a neighborhod tavern.

The Eats: Typical hearty Madrid dishes (with an Asturian flare) complement the warm atmosphere of this restaurant. Casa Mingo is known for its ciders, but its roast chicken is also in daily high demand from locals and tourists alike.