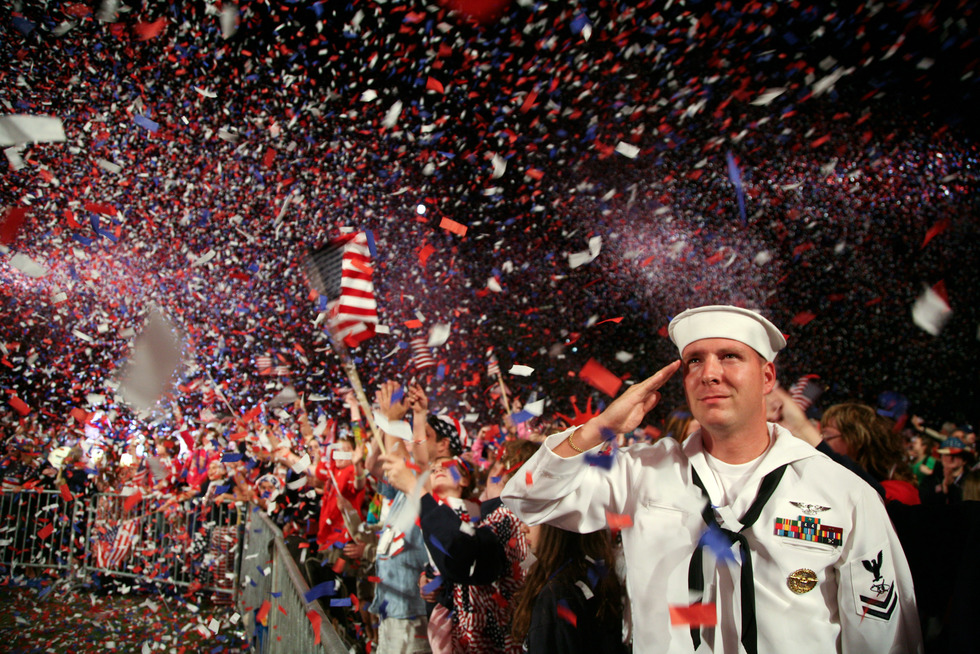 11 Top Independence Celebrations Around the Globe

By Eki Ramadhan
Every year, millions of Americans look forward to Independence Day. But the United States is not the only country to hold this kind of annual celebration of freedom. People of different nations also commemorate their respective Independence Days in many unique and entertaining ways. Oftentimes, these holidays are the best time of the year to party with the locals and, as importantly, learn about their history and culture. We have handpicked a list of eleven countries with intriguing Independence Day celebrations. Here's to freedom from oppression! 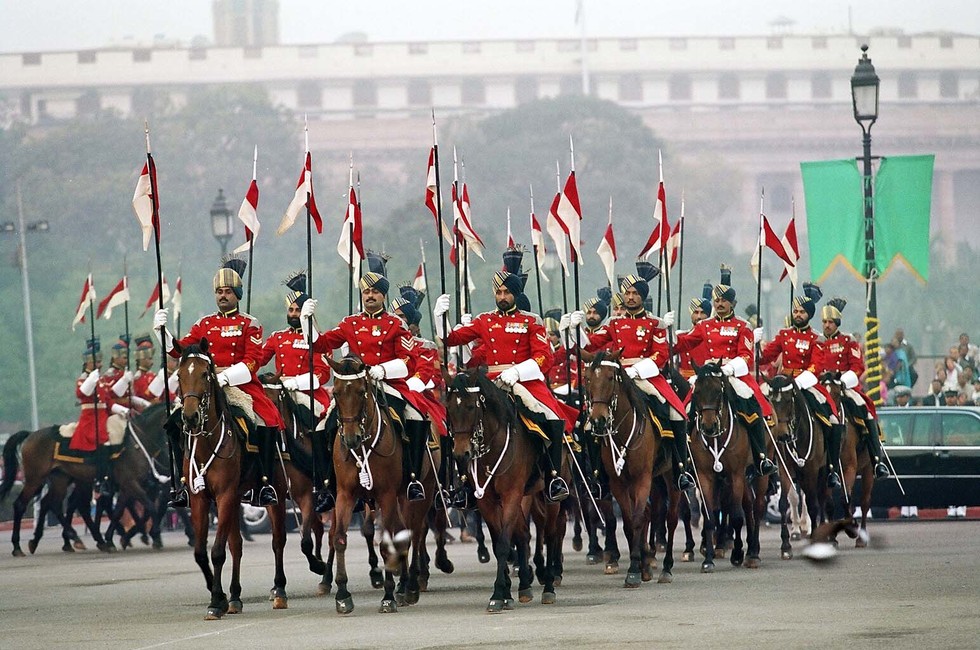 rajkumar1220/Flickr
India (August 15)
On August 15, 1947, three century-long British rule over India came to an end. Every year, billions of people in India commemorate the historic event by adorning their houses, offices, and schools with the color of Indian flag. Citizens attend ceremonies in the morning, where they sing the national anthem and pay respect to the national flag. The celebration is also a time when families gather to watch the annual flag hoisting ceremony, broadcasted live from the Red Fort in New Delhi. What to do? For Indians, kite flying symbolizes freedom. All over the country, the skies are dotted with countless kites of various shapes and shades flown from the rooftops. The colorful day is a perfect time to have a picnic outdoor. You might want to consider flying your own kite as well. Kites are easily available during the holiday season in India. 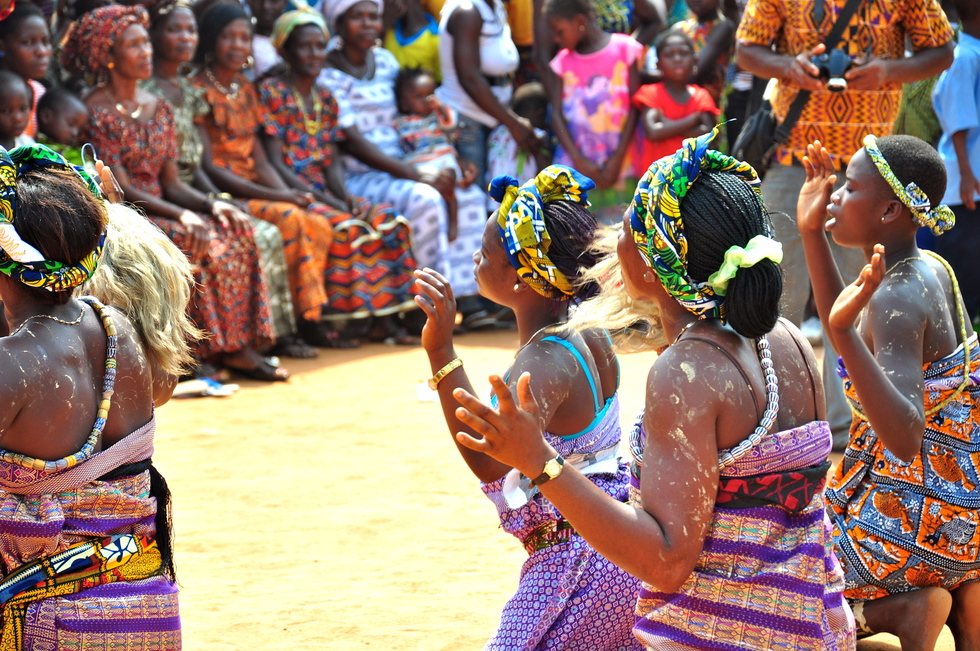 Kasia McCormick/Flickr
Ghana (March 6)
When Ghana gained its independence from the United Kingdom in 1957, it became the first African country to do so. Today, the country commemorates the historic event annually with fireworks, parades, and marches. But, the celebrations are not complete without street parties and jams, a uniquely Ghanaian tradition. What to do? Street parties are not enough? How about beach parties? The coastal region celebrates Independence Day on the beach with music and dances that marry the elements of West African tradition with hip hop. A famous regatta competition takes place in the fishing village of Shama. 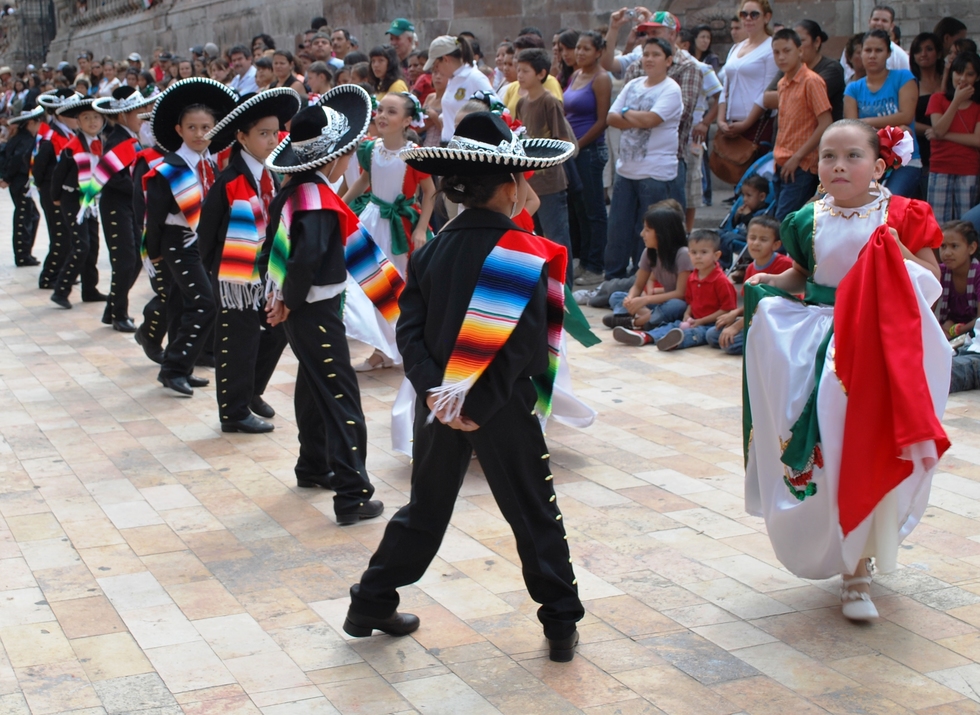 Alejandro Linares Garcia/Flickr
Mexico (September 15)
Contrary to popular belief, Cinco de Mayo is not Mexico’s Independence Day. Mexicans observe Independence Day in September to memorialize the Grito de Dolores – the battle cry of the Mexican War of Independence uttered by Miguel Hidalgo y Costilla, a Roman Catholic priest from the small town of Dolores. All over the country, the holiday is marked by parades, concerts, and parties.

What to do? Celebration begin on the night of September 15 across the nation. In Mexico City, the epicenter for the festivities is the Zócalo, one of the world’s largest city squares; more than half a million other people gather there each year. It is a tradition for the president to repeat the cry of patriotism, followed by enthusiast respond of “¡Viva!” by the lively crowd. At the end, spectacular fireworks light up the night sky. 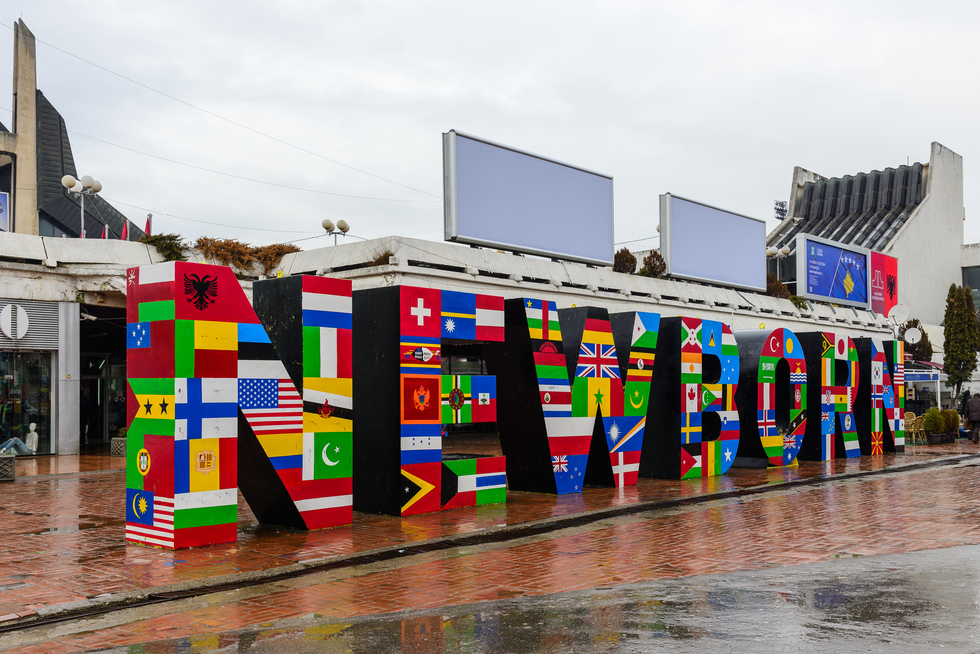 Arild Vågen/Wikimedia Commons
Kosovo (February 17)
The debate over the legitimacy of Kosovar government doesn’t prevent ethnic Albanians in Europe’s youngest country to proudly celebrate the anniversary of Kosovo’s secession from Serbia. Earlier this year, a raucous festival took place in the capital, Pristina, culminating in a parade of police and armed forces – the first such display since the Kosovo War. Pristina, the nation’s capital, is the center of the celebration. People from all over the region flock around the Newborn Monument – an award winning typographic sculpture built to commemorate Kosovo’s independence. What to do? Traditional musicians are everywhere during the celebrations, as music is at the heart of this festivity. Since more than ninety percent of Kosovars are ethnic Albanian, the music of Kosovo is highly influenced by that of Albania. 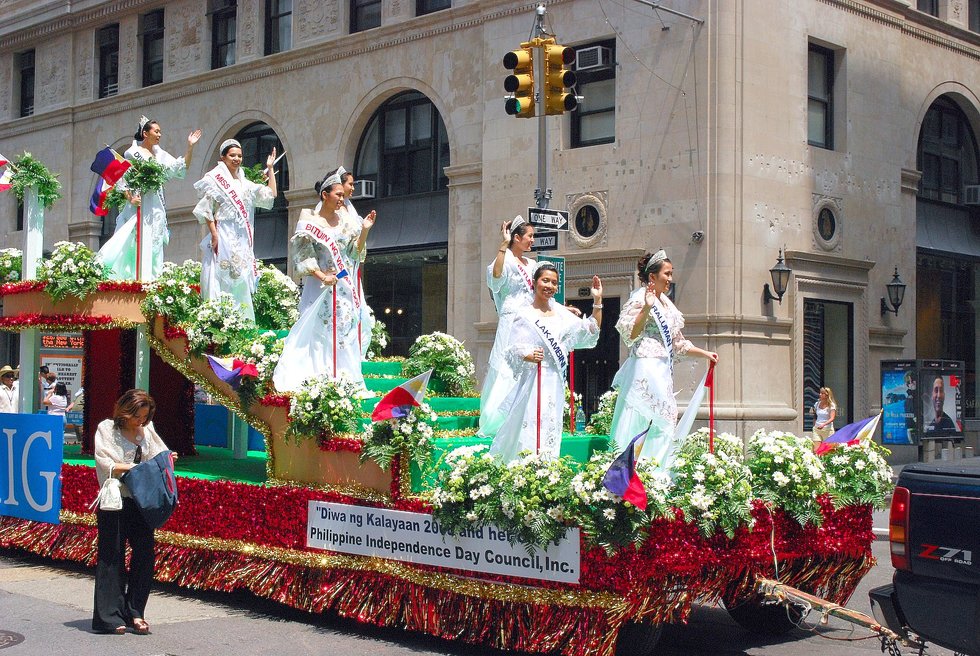 flickr4jazz/Flickr
Philippines (June 2)
A flag-raising ceremony traditionally kicks off the Araw ng Kalayaan celebration in the Philippines. The holiday is a time dedicated to family bonding. Filipinos enjoy lively, food-filled gatherings with foods, family and friends to commemorate the day when Emilio Aguinaldo declared independence from centuries-long Spanish rule. What to do? Not able to go to the Philippine archipelago? Why not join the festivities somewhere closer to home? Celebrate the day with Filipino diaspora community around the world. In New York, Filipino-Americans gather annually to celebrate their heritage by organizing the Philippine Independence Day Parade, which includes a culture show and also a street fair. Of course, there is no Filipino party without vibrant music and flavorful Filipino delicacies. 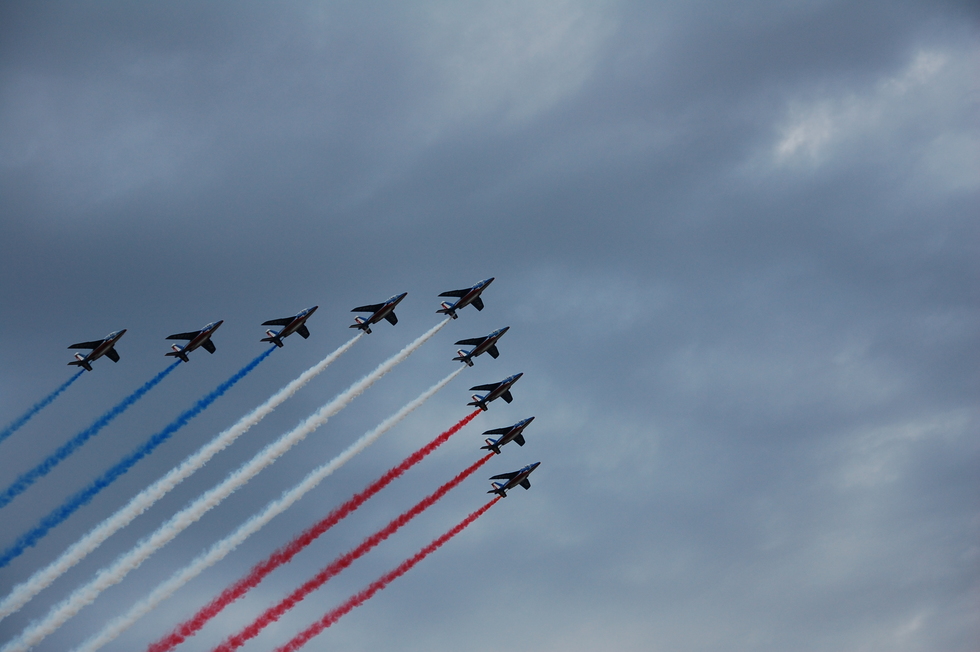 Ben Aveling/Wikimedia Commons
France (July 14)
Every year, the French celebrate their country’s independence from oppressive royal tyranny on July 14 – the anniversary of the storming of the Bastille. The day kicks off with a military parade on Champs-Élysées. The tradition of holding a military parade to commemorate Independence Day, a common practice in many countries today, was born in France. What to do? Champs-Élysées and fireworks are always on the list. Try something more quirky by attending one of the Firemen’s galas. It is a France-wide tradition in which fire stations open their doors to the public for dancing, drinking, and partying. The firefighters are dressed-up in their uniforms, and occasionally, they perform some live demonstrations to entertain the guests. 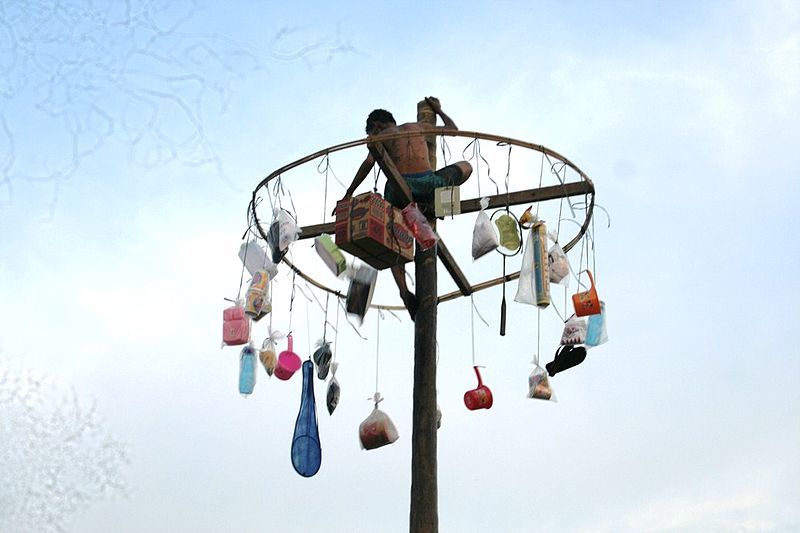 Wagino 20100516/Wikimedia Commons
Indonesia (August 17)
In the morning, the eyes of all Indonesians are on the National Palace, where a solemn flag ceremony is held to honor the republic. High school students from all over the country are carefully selected by the government to do the honor of hoisting the flag. Immediately after the ceremony, neighborhoods gear up for street fests which usually include fun games and music concerts. What to do? Shimmy your way up that greasy palm tree! On this day in Indonesia, non-competitive sports like panjat pinang, which challenges people to scale slippery trees in hopes of grabbing the prizes that have been placed at the top, are the main events. Panjat pinang symbolizes the struggle of Indonesians to achieve their independence from the Dutch. If getting all oily is not your thing, then you can join the shrimp chip eating contest. 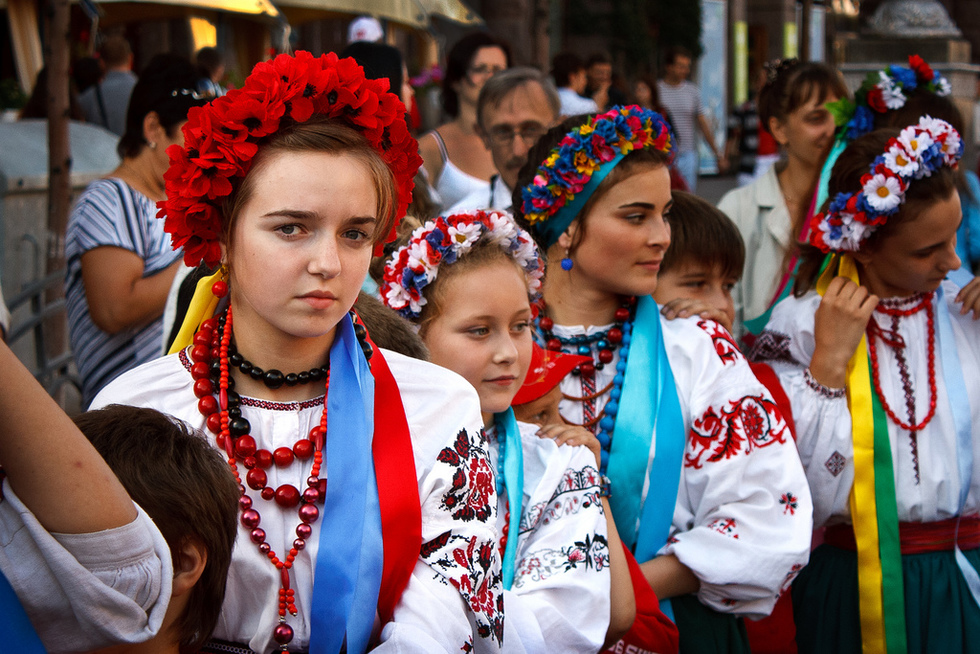 Ghenady/Wikimedia Commons
Ukraine (August 24)
Blue and yellow festoon buildings across the country, creating a festive atmosphere. The streets are filled with people dressed up in the traditional Ukrainian costume. Celebrations commence with the Flag Day on August 23, in remembrance of the first ceremonial raising of the national flag on the same date in 1990. On the morning of August 25, the celebration in the capital begins with a service at St. Sophia Cathedral in Kiev, attended by the nation’s President. What to do? Put on your Vyshyvanka, Ukrainian traditional clothing (it’s highly embroidered), and join the crowd on the streets of Lviv, Ukraine’s cultural capital. Shop for a traditional handicraft at the Rynok Square, before making your way to Etnovyr, an annual international folklore festival that showcases a variety of performing arts programs as well as exhibitions, and of course, mouthwatering street foods. 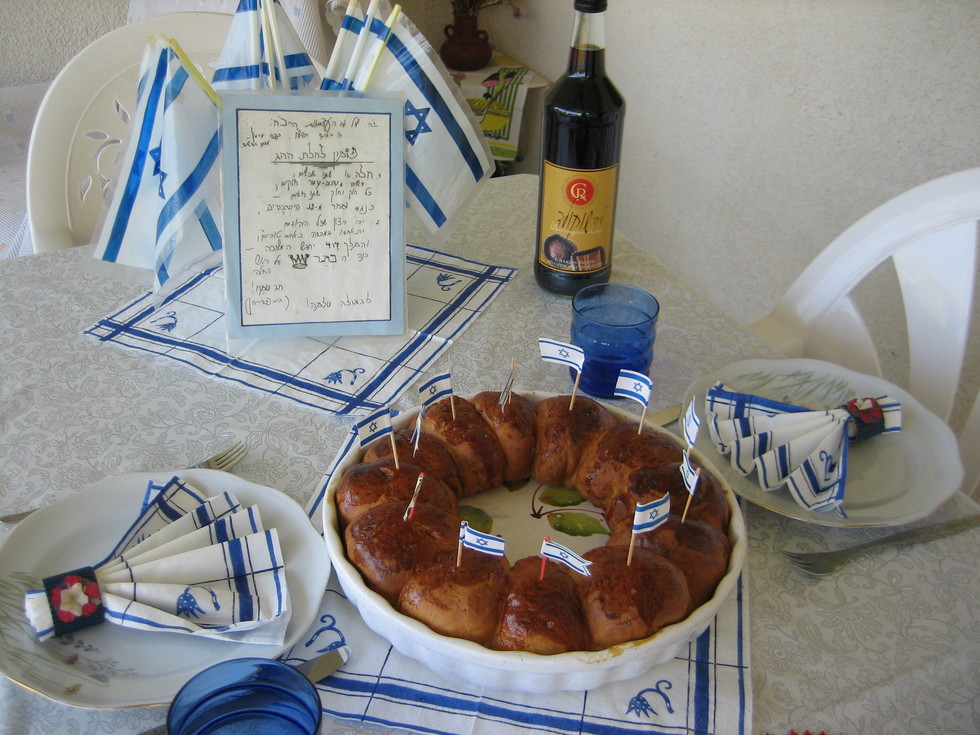 Ruth Rothstein/Wikimedia Commons
Israel (date varies – 5th of Iyar on the Hebrew calendar)
Once a year, Israelis gather on Mount Herzl in Jerusalem to attend an official ceremony. The event marks the end of Yom Hazikaron (Memorial Day), and the beginning of Yom Ha’atzmaut (Independence Day), and it involves the ceremonial lighting of twelve torches (which symbolizes twelve tribes of Israel). On Yom Haatzmaut, Israelis commemorate the Declaration of Independence and the end of British mandate over the territory with family gatherings, concerts, and prayers. Also, people throng to the national parks to celebrate. What to do? The holiday is widely considered a secular celebration, however some religious events are held throughout the day. The most well-known is the International Bible Quiz, held in Jerusalem, a worldwide competition on the Jewish Bible (Tanakh), involving high schools students from Israel and abroad. The quiz tests participants’ ability to memorize and understand the sacred text. Also, the Israeli Defense Forces (IDF) opens its camps to visitors on this day, allowing the public to see state-of-the-art military equipment. 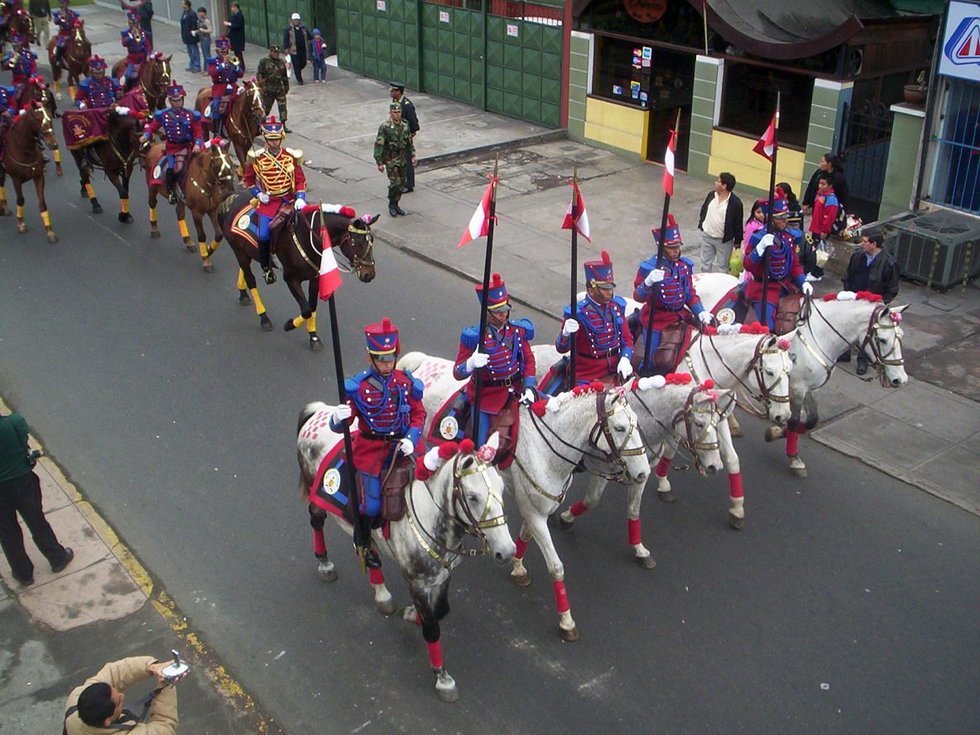 Miguel Vera Leon/Flickr
Peru (July 28-29)
One day is not enough for Peruvians to celebrate their independence day, so they dedicate two days: July 28, the date when José de San Martín proclaimed Peru’s independence; and July 29, which hosts a celebration in honor of the Armed Forces and National Police. Cannon salute in Lima traditionally begins the nationwide celebration, followed by Te Deum mass in Lima, led by the Archbishop of the capital city and attended by the President of the Republic. What to do? Arrive early in Miraflores, Lima’s downtown, to save your spot for the Gran Corso, a giant parade which involves hundreds of people dressed up in colorful costumes, accompanied by energetic drum lines. Bring some Peruvian snacks: the parade lasts for several hours. 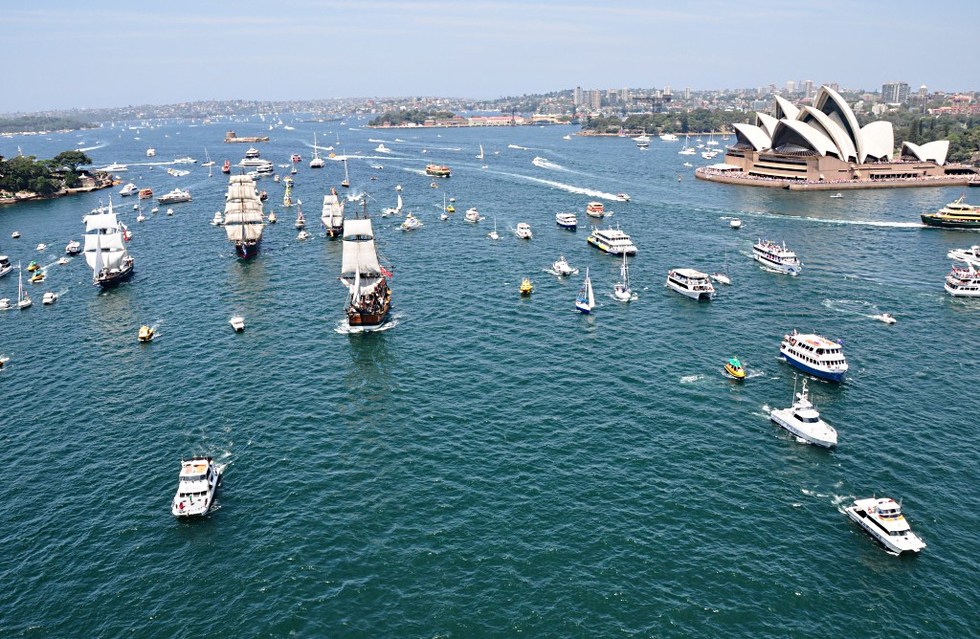 Travis Simon/Flickr
Australia (January 26)
Festivals, concerts, family gatherings, regattas, picnics and barbecues are the typical observances carried out by Australians to remember the first unfurling of the British flag at Sydney Cove. Australia Day is not exactly the Australian equivalent of Independence Day, but it’s quite close. What to do? Every major city of Australia has its own unique way of celebrating the national holiday: Sydney does so with the world-renowned boat races; Perth with a colossal firework show; Melbourne holds a People’s March, to celebrate the diversity of the nation. During it, people from different communities walk together, often in colorful costumes, to celebrate Australian unity. Across the country, numerous concerts are held, featuring numerous performers from every genre you can imagine.
advertisement
advertisement