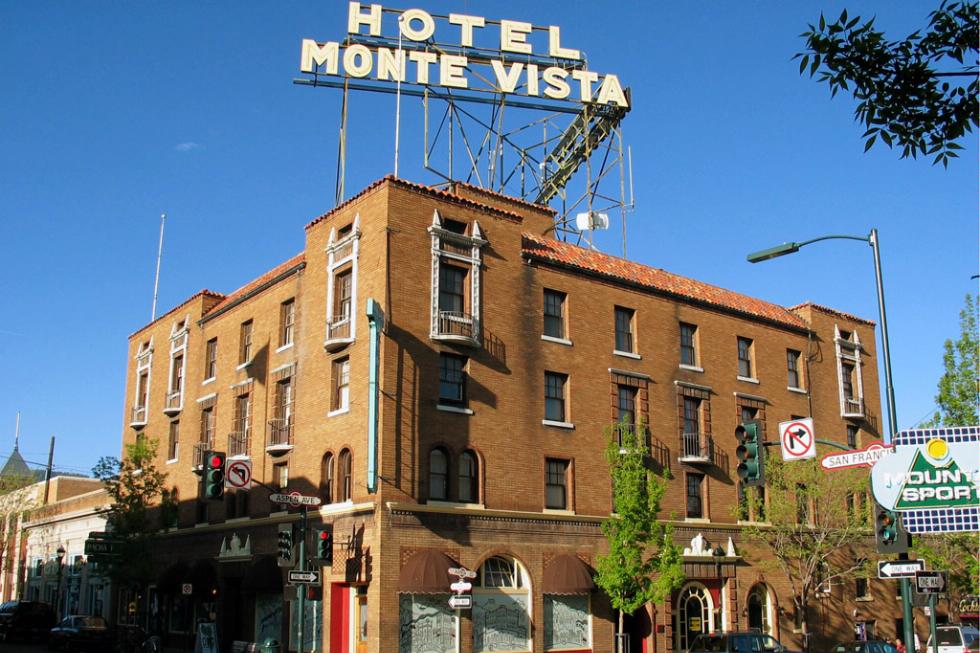 By Hillary Richard McNamara
What do bank robbers, butchers, ballroom dancers, a schoolmarm, prostitutes and a lumberjack have in common? They're some of the long-dead characters who famously haunt hotels across the country.

Check in to these properties to up the scare factor on your next ghoulish getaway. 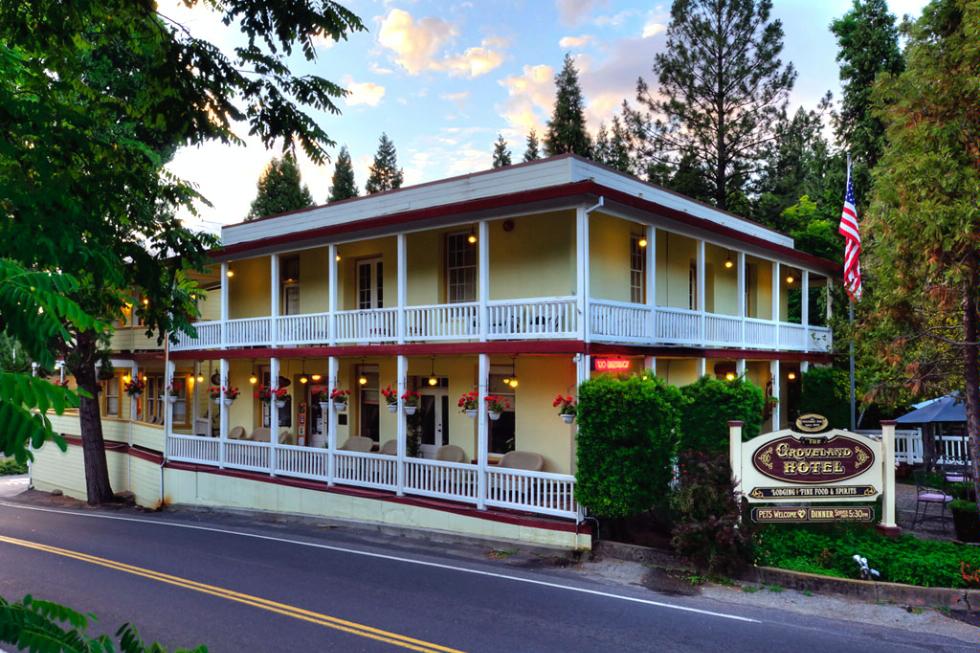 Groveland Hotel
Groveland, California
A fastidious, reclusive, and eccentric gold miner named Lyle lived and died at the Groveland Hotel in 1927. In life he hated clutter, and after death he often moves toiletries and women's cosmetics off of the dresser in his old room and onto the nearby sink. Showers and lights regularly turn on and off, and the staff often experience Lyle's mischief when in the vicinity of his old room.

Most incidents occur in or around Room 15, where Lyle resided for years while working in the nearby Spring Gulch mine. 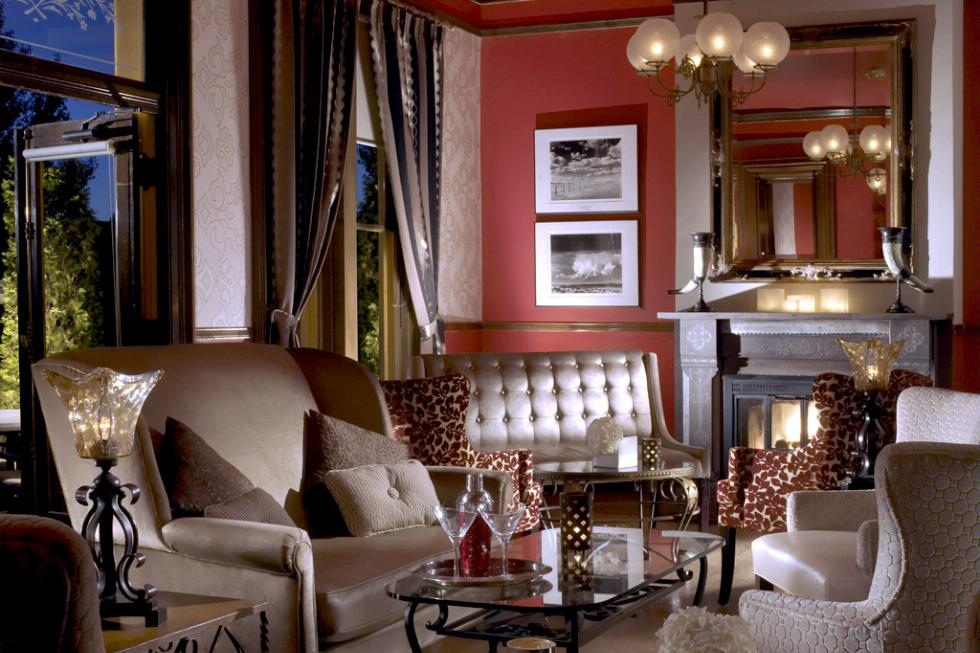 La Posada de Santa Fe
Santa Fe
In 1882, Abraham and Julia Staab built a brick mansion in Santa Fe with the intention of entertaining society's elite. When Mrs. Staab lost her baby shortly after its birth, she became severely depressed and reclusive, spending most of her time in her bedroom until her death in 1896. These days, Mrs. Staab wanders the halls of what is now La Posada de Santa Fe Resort. Mrs. Staab, who is often seen wearing a dark, hooded gown, appears in mirrors and occasionally relocates various objects. 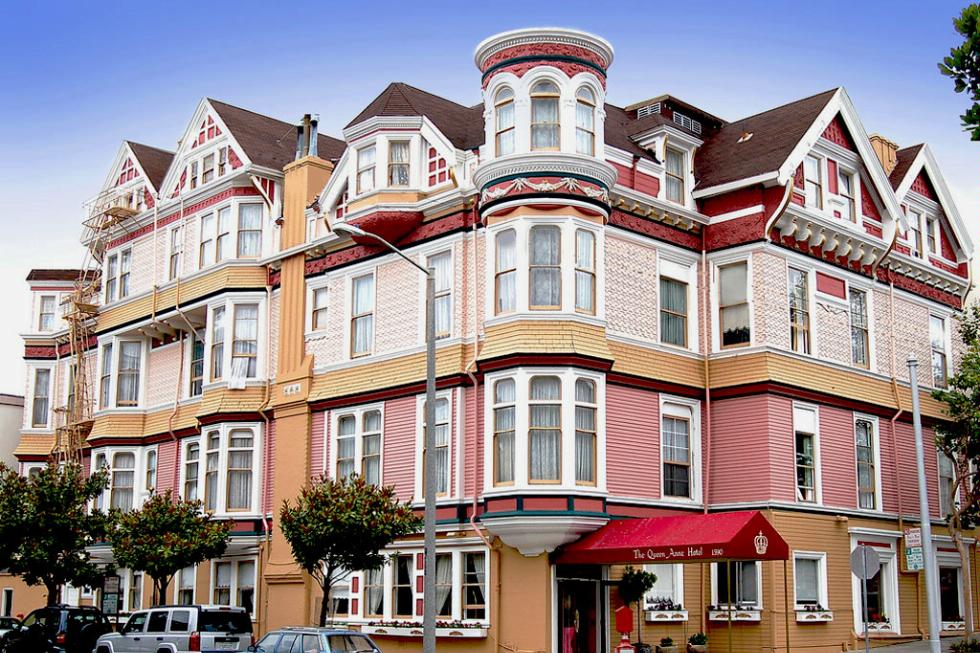 The Queen Anne Hotel
San Francisco
Like all great headmistresses, Miss Mary Lake devoted her entire life to her girls' finishing school. Unlike the others, Miss Mary stuck around even after her death. Miss Mary Lake's School for Girls is now the Queen Anne Hotel. The original floor plan and Victorian décor hasn't changed too much since its opening in 1890, and apparently neither has its honored guest.

Miss Mary can often be seen roaming the halls or playing the piano. She is considered a friendly ghost, but has occasionally pulled the hair and shirts of some of the staff.

Most of Miss Mary's sightings are in her former room, The Mary Lake Suite (Room 410). She is also frequently seen primping in the second floor mirror. 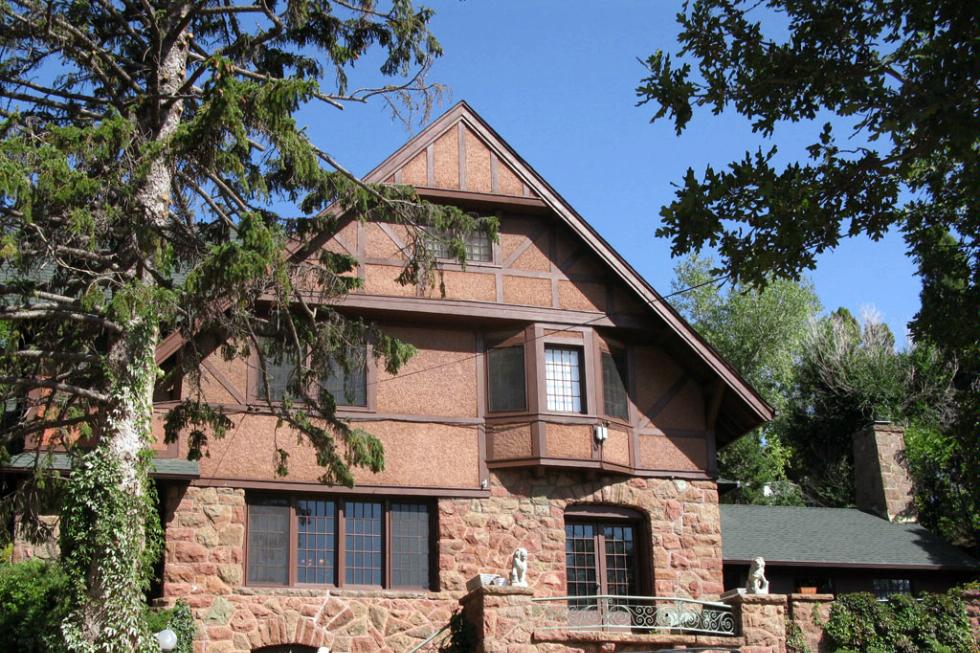 The Red Crags Estates Onaledge
Colorado Springs
Dr. William Bell, a prominent physician in Manitou Springs, built the Red Crags Inn in 1894. He later turned it into a wellness clinic. Onaledge Inn was built in 1912 for the carpenters working on the property next door. While many different apparitions have been documented, Onaledge has a few regulars -- Stew, who scatters pennies all over the inn, an unknown elderly woman, and the blue boy.

The blue boy plays outside in the garden pond. The elderly woman is a lot bolder, and has been known to push male guests out of bed. 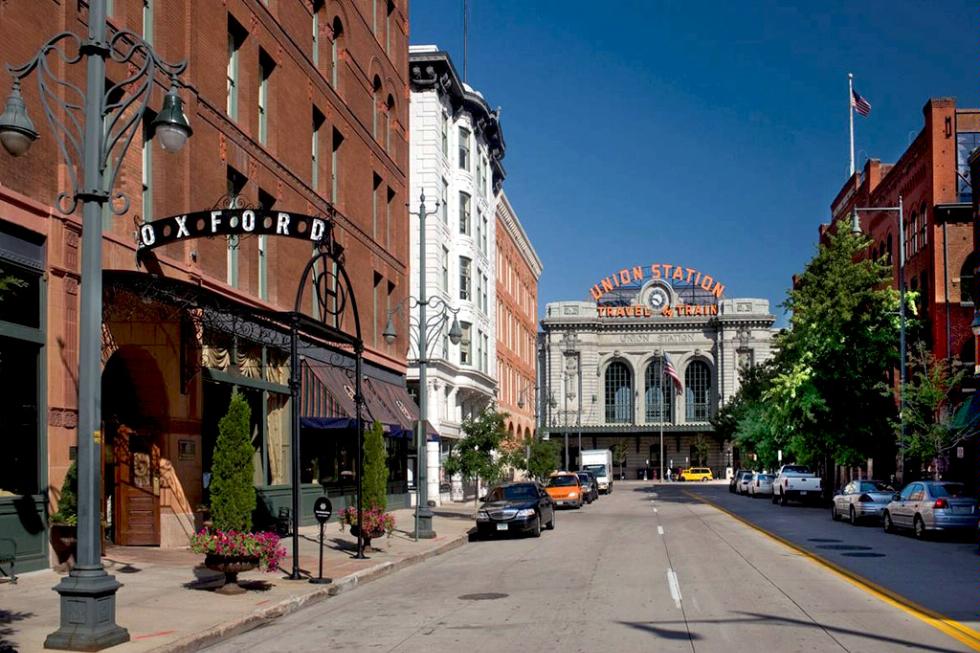 The Oxford Hotel
Denver
The Oxford Hotel opened to huge fanfare in 1891, at the height of the silver mining era. All sorts of characters flocked to this hotel, and a few of them still refuse to leave. Pictures have fallen off of walls, switched-off faucets have started running repeatedly, and lights have turned on and off for no reason. A disgruntled postman has been seen chatting at the Cruise Room bar, drinking bottles of beer that never empty.

The hotel's most consistent specter is Florence Montague, who had been living in Room 320 for several weeks in 1898. Florence shot H. Rockwell, a man listed in the hotel register as her husband, before killing herself. Some of the original furniture still remains in the room -- with Florence, of course.

Room 320 has fairly consistent ghostly activity. If you're not willing to take on an otherworldly roommate, fear not -- the spirits in The Oxford are very particular about whom they visit. Only men traveling solo who are completely unaware of the hotel's ghost stories have ever reported strange happenings.

The Oxford Hotel (www.theoxfordhotel.com; tel. 800/228-5838) is in downtown Denver, Colorado. Rates come with two queen beds or a king. 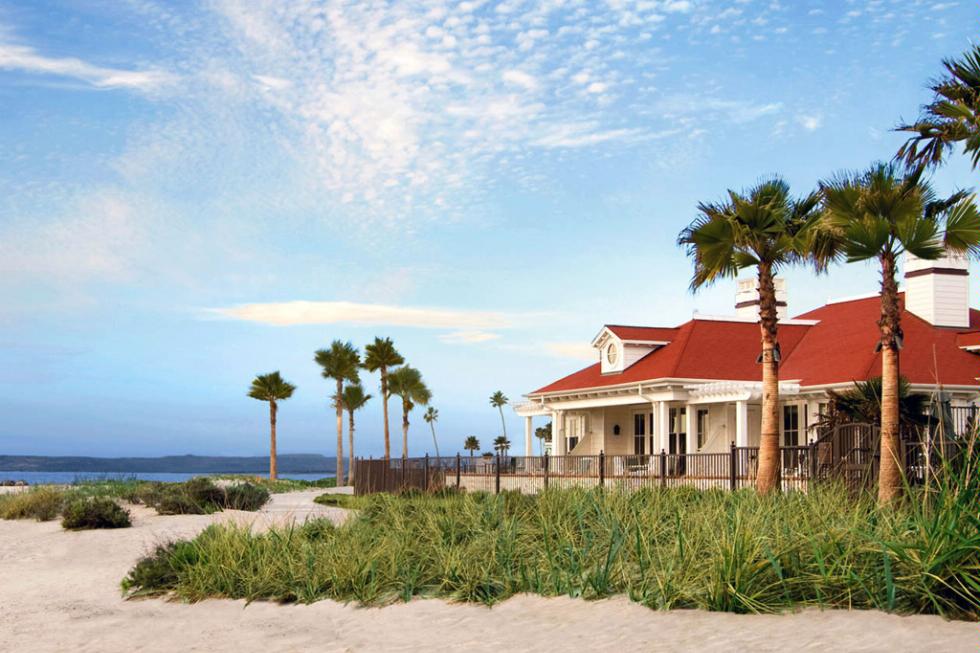 Hotel del Coronado
San Diego
Back in 1892, a beautiful woman was discovered on the stairs of the Hotel del Coronado with a gunshot wound to her head. Kate Morgan allegedly killed herself after being stood up by the love of her life. Since then, Kate has been spotted forlornly wandering along the beach and through the gardens on the hotel grounds. Kate frequently visits guests in her old room, causing sudden cold spells, turning on the television, and stacking pillows.

In addition to haunting her old guest room, Kate wanders the rest of the resort and grounds -- particularly the gift shop, where glassware tends to fly off of the shelves. 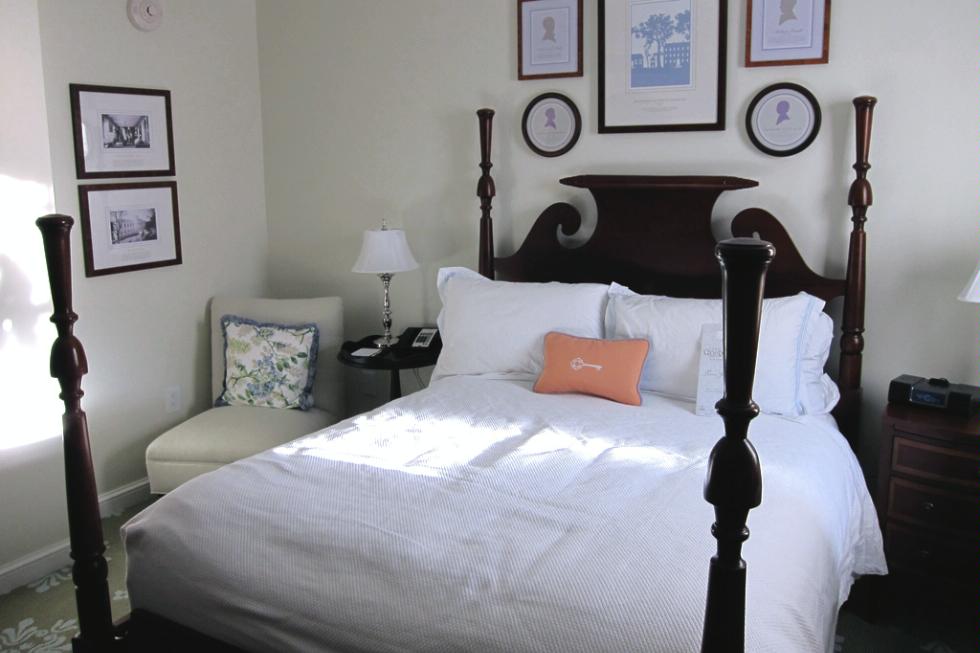 arianravan
Chapel Hill
Shortly after he arrived at the Carolina Inn in 1948, Dr. William Jacocks became known for his friendly disposition and sense of humor. He wasn't the type to let a minor inconvenience -- like his death -- stop him from having a good time. These days, guests often report seeing a well-dressed, portly man wandering the halls and trying all of the doorknobs. He wears a black suit, a knitted hat, and a long dark coat. Dr. Jacocks will often relocate guests' personal items, lock doors, and leave a strong smell of fresh flowers in his wake.

Dr. Jacocks used to live in Room 256, which was split into four separate rooms during a renovation in 1990. Dr. Jacocks had a mischievous habit of locking guests out of his room, so electronic doors were put in place. (He still occasionally manages to tamper with them.) 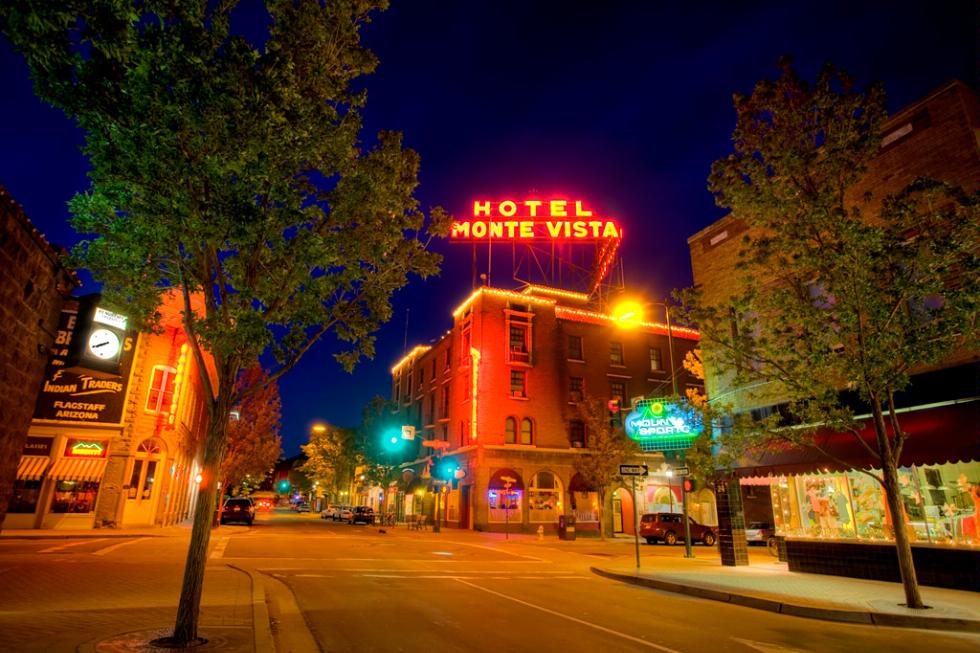 andorpro
Flagstaff
In the 1940s, Flagstaff's Red Light District was only two blocks from the Hotel Monte Vista. Two women of ill repute were brought to Room 306 and then thrown out a third-floor window. Many male guests in that room report feeling a hand over their mouths and throats while they sleep.

In 1970, three bank robbers stopped by the hotel bar to toast their recent success. One had been shot, and bled to death while he celebrated. Barstools and drinks will occasionally move, and a phantom voice greets guests as they enter.

When John Wayne stayed at the Hotel Monte Vista, he saw the ghost of a little boy delivering room service. Other guests have heard a knock on their door and a room service announcement. Many people have spotted an old-fashioned bellboy standing outside Room 210.

But, the most consistent stories come from Room 305, where an elderly woman sits in a rocking chair and stares out the window for hours. The chair often moves on its own. 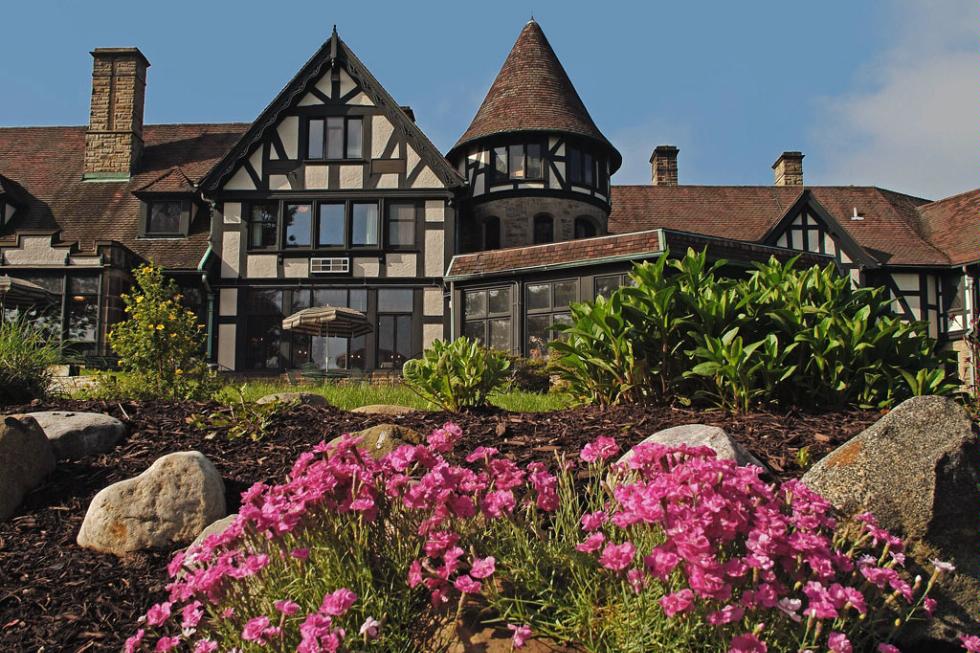 A wide variety of otherworldly visitors have frequented Punderson. Employees have seen the body of a lumberjack hanging from a tree for hours. Children can often be heard laughing and running through the halls. Electronics turn on and off throughout the night for no reason. Guests have reported seeing green lights and having their blankets tugged away from them. Most of the otherworldly activity is claimed to take place in the lodge's historic wing.

Punderson Manor State Park Lodge (www.pundersonmanorstateparklodge.com; tel. 440/564-9144) is in Punderson State Park, in Newbury, Ohio. There are 31 rooms and 26 cabins.