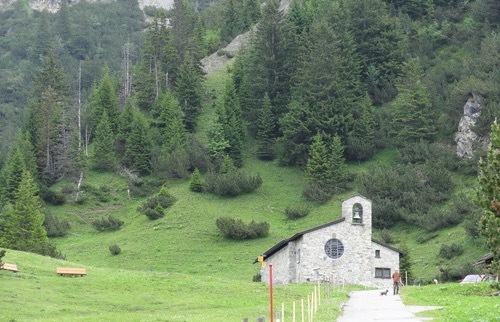 How to See Liechtenstein in a Day

By Claybourne Elder
Of all the tiny countries in the world, none makes up for it by using the most letters: Liechtenstein. At just 62 square miles, you have to make a point of finding it. In fact, if you don't choose to spend the night there, you may spend as much time traveling to this pocket-country than actually touring it. Don't let your failure to spell it correctly in your third grade spelling bee stop you from going out of your way to see this gorgeous landlocked discovery—we've mapped out your 6-hour guide to the world's sixth-smallest country. 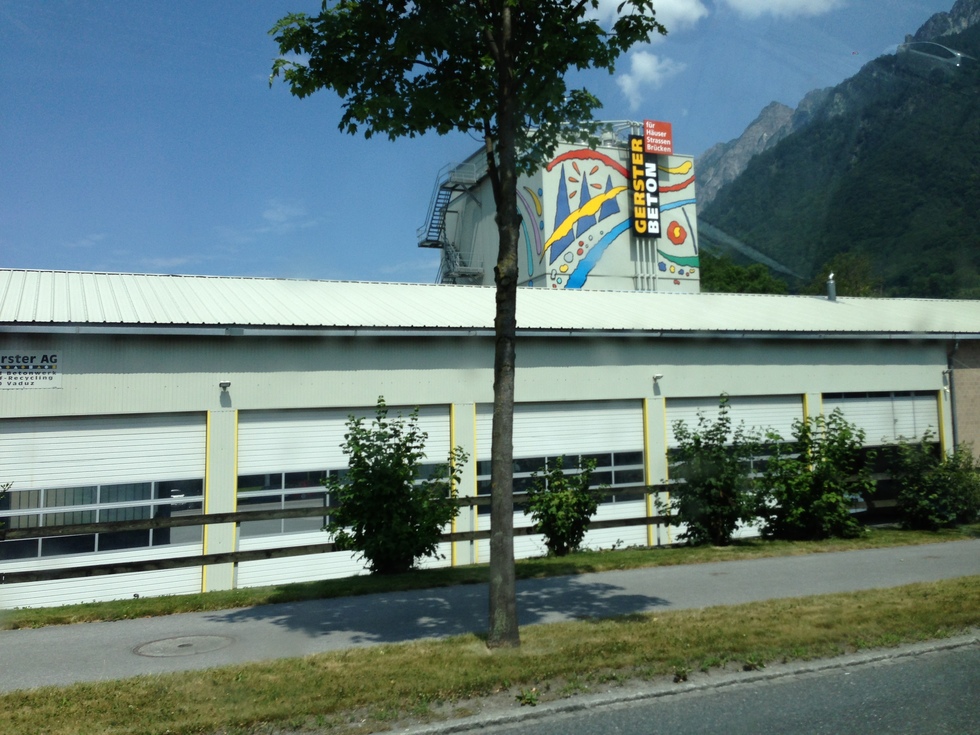 Claybourne Elder
10:45 am:
Take exit 9 off of the Sevelen toward Vaduz, one of eleven cities in Liechtenstein and also the capital. See all the factories just off the freeway and get a little worried that you’ve just driven over the Alps to see the European equivalent of Ned’s Biggest Ball of Twine. 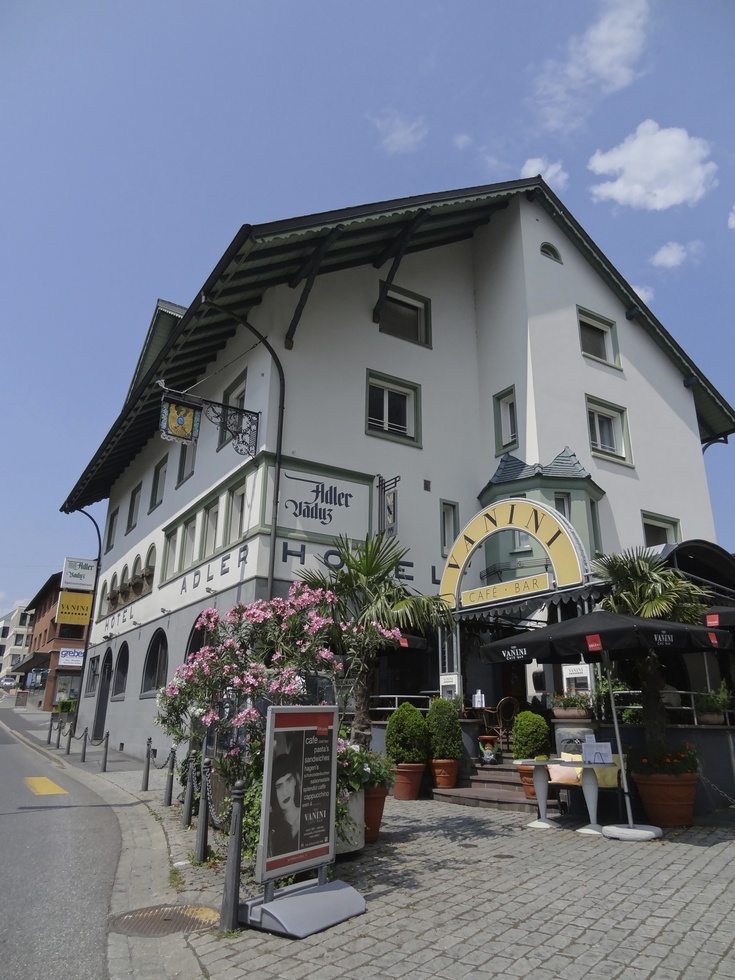 Claybourne Elder
10:52 am:
Breathe a sigh of relief when you see how adorably alpine everything is when you get to the center city. 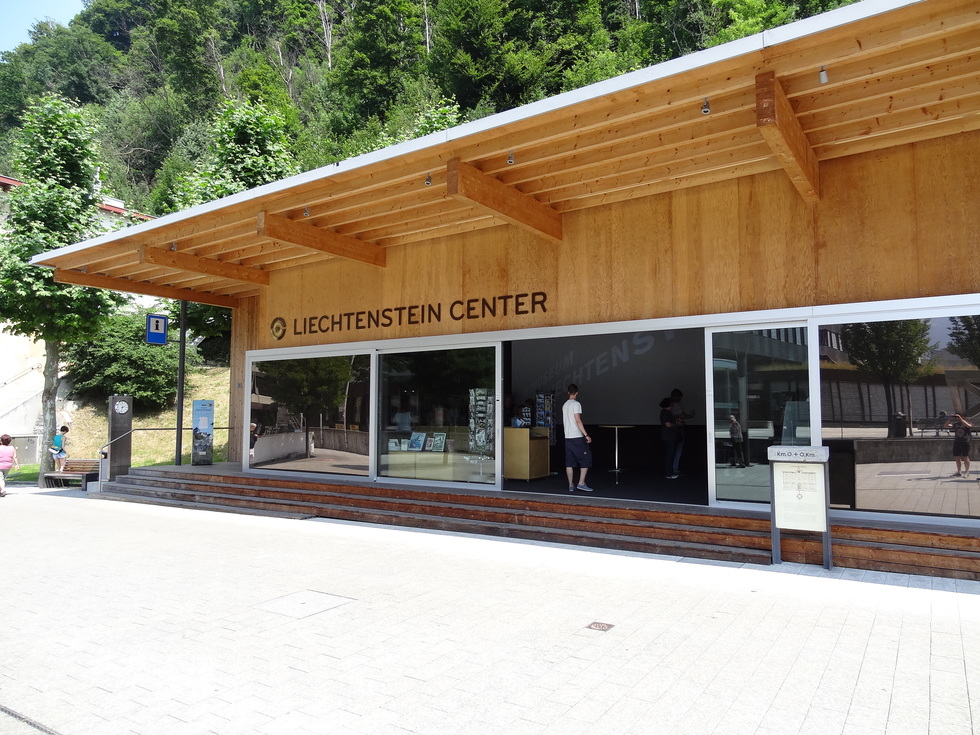 Claybourne Elder
11:00 am:
Head directly to the Liechtenstein Center in the capital of Vaduz (Städtle 39) to get your passport stamped (€5, totally worth it for the bragging rights) and pick up a few maps. Have a great conversation with one of the helpful guides about this quirky place and get her opinion on the most amazing hike, which you will later agree with her on. 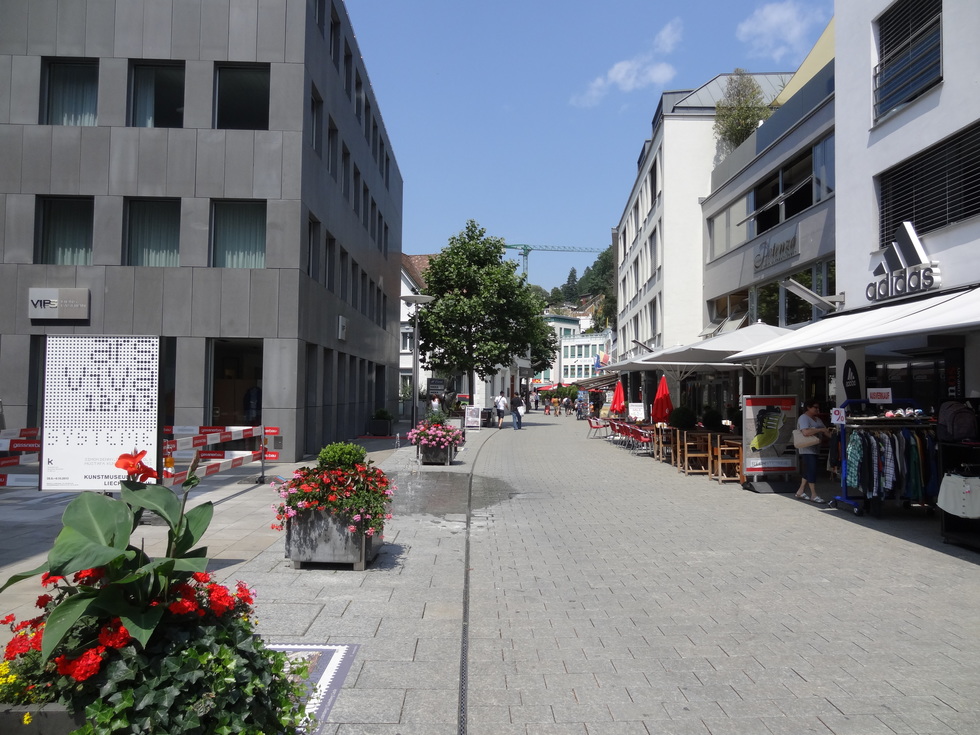 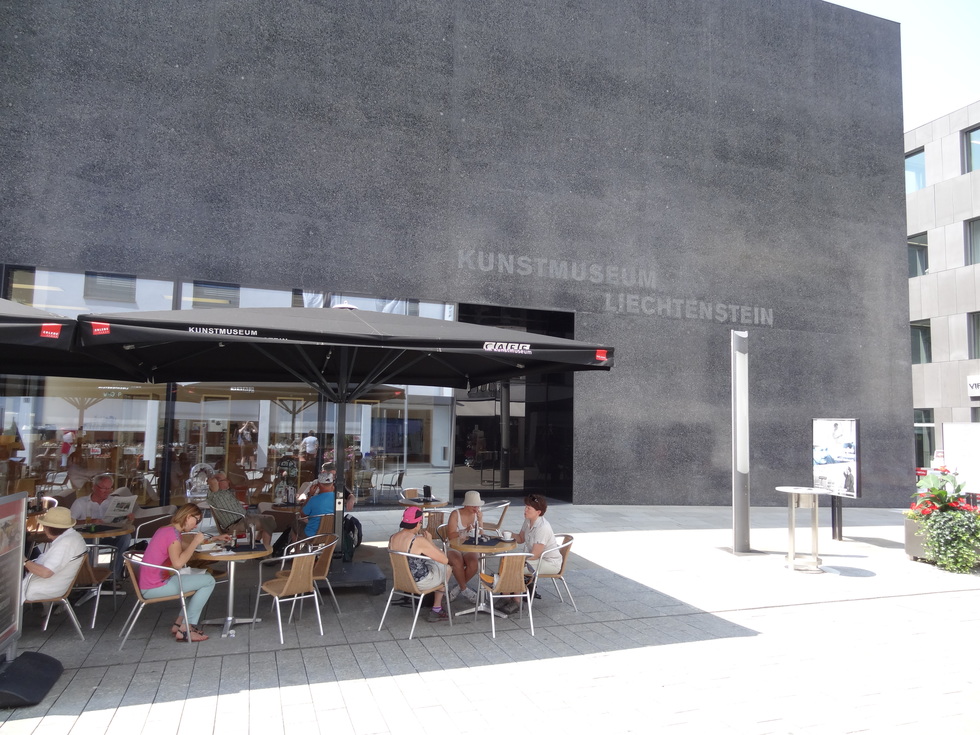 Claybourne Elder
11:25 am:
Have some Käsknöpfle (Liechtenstein’s own succulent take on Mac ‘n’ Cheese) at the sidewalk café outside the Liechtenstein Museum of Fine Arts. 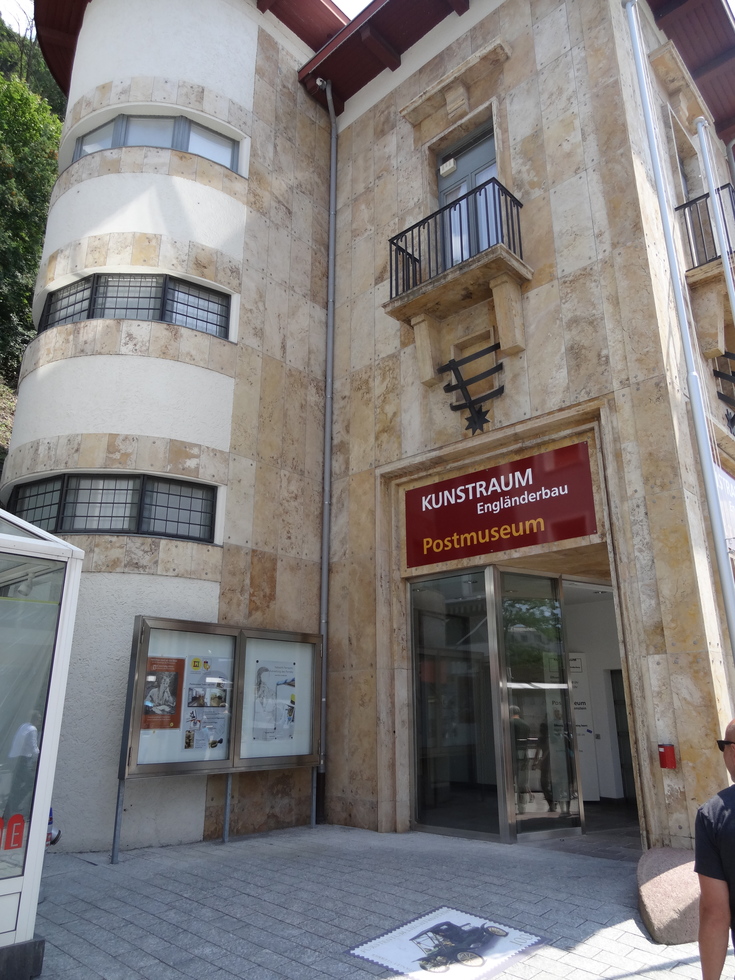 Claybourne Elder
11:57 am:
Head down the drag for a second pass. Walk past the Postage Stamp Museum and briefly consider going in, but ultimately decide you’d rather head to… 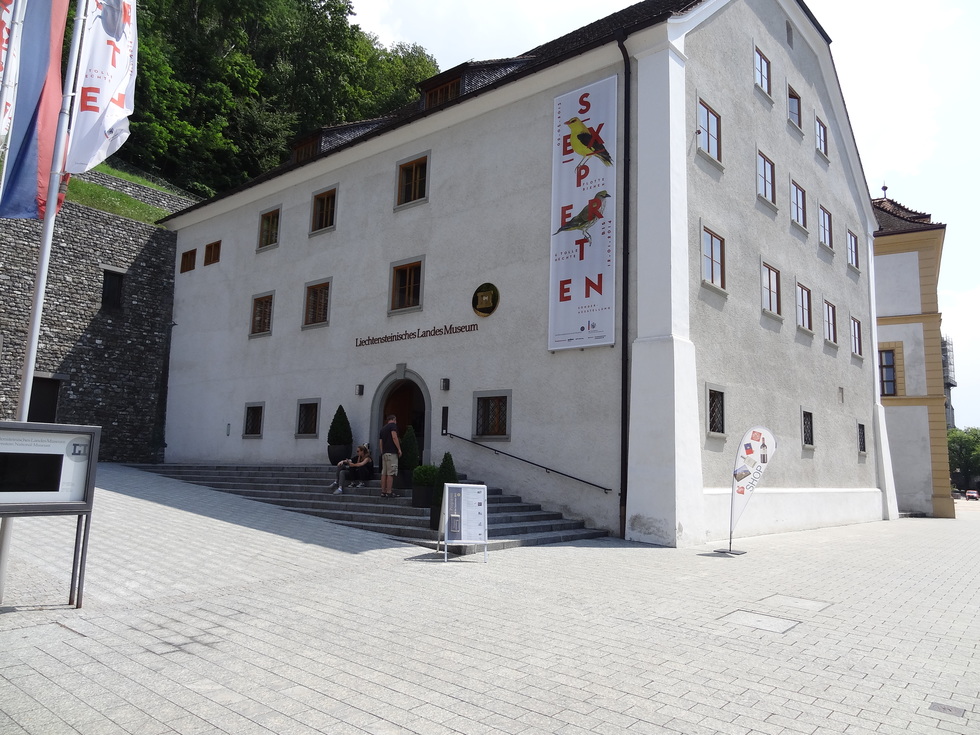 Claybourne Elder
Noon:
…the Liechtensteinisches Landes Museum (National Museum) to see the Crown Jewels. Realize that by crown jewels, they mean just the one. Worth it. Love the eclectic little museum and learn interesting facts such as: The Liechtenstein Army was disbanded in 1868.

The building that houses the museum has been around since 1438. In 1788, it was a tavern and Johann Wolfgang von Goethe, the famous German writer and politician, stopped there to have a beer. In 2003, the country passed a new constitution in part because the Prince said if it didn’t pass, then he would sell his castle and move to Austria. Luckily (spoiler alert), the Prince is extremely popular and it all worked out. 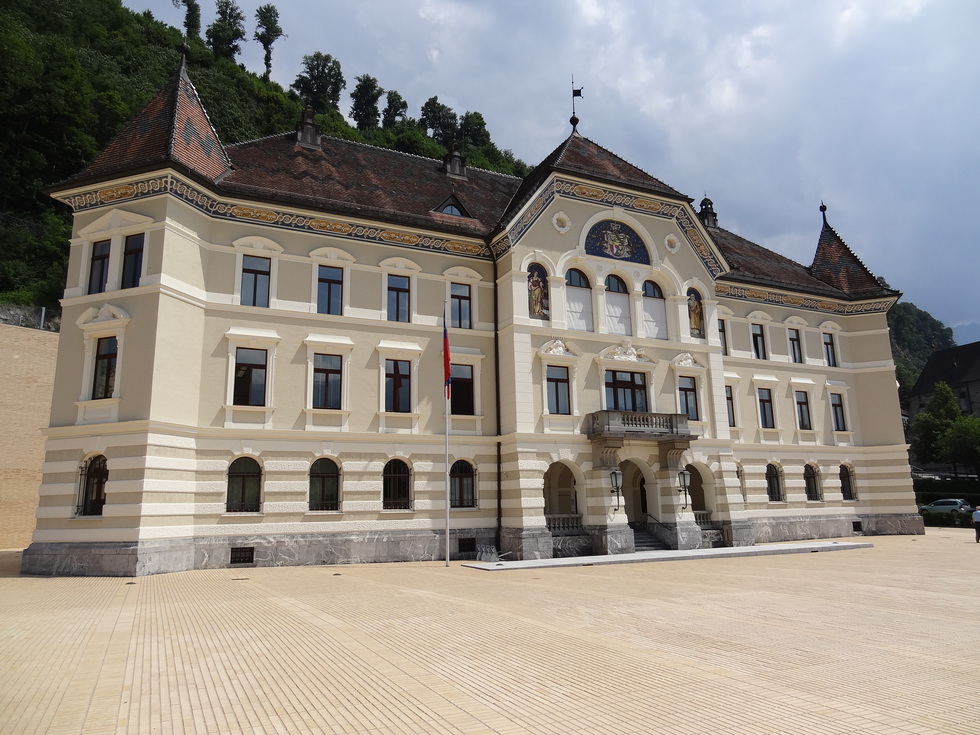 Claybourne Elder
12:45 pm:
Wander around Peter-Kaiser-Platz where all the government buildings are. Fall in love with this little place. 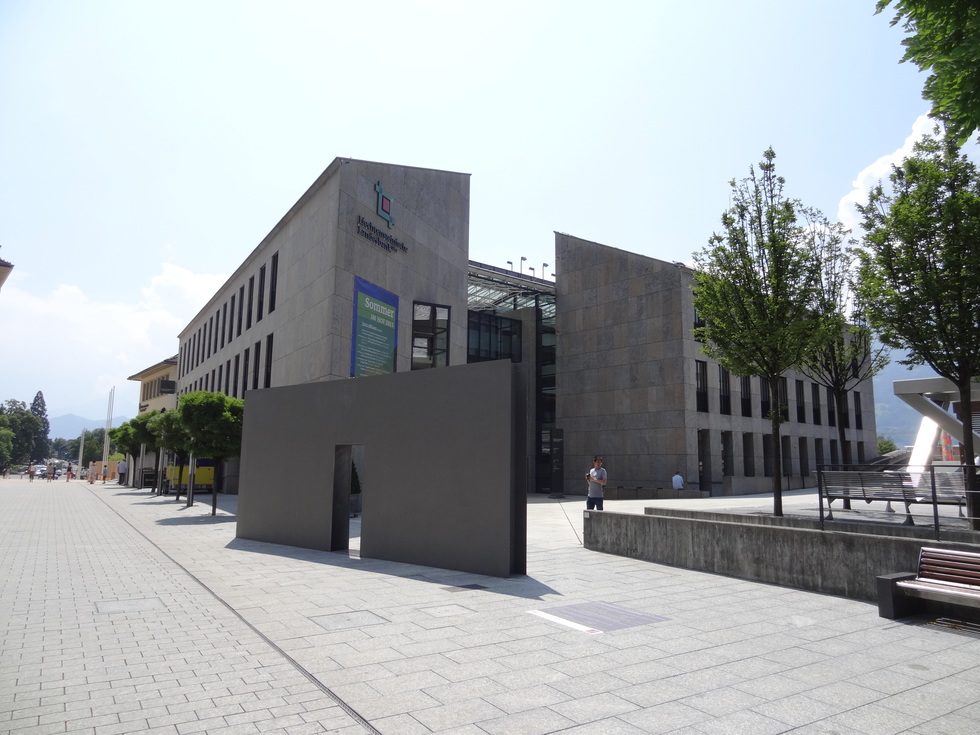 Claybourne Elder
1:00 pm:
On your drive out of Vaduz, notice how many large bank buildings there are… 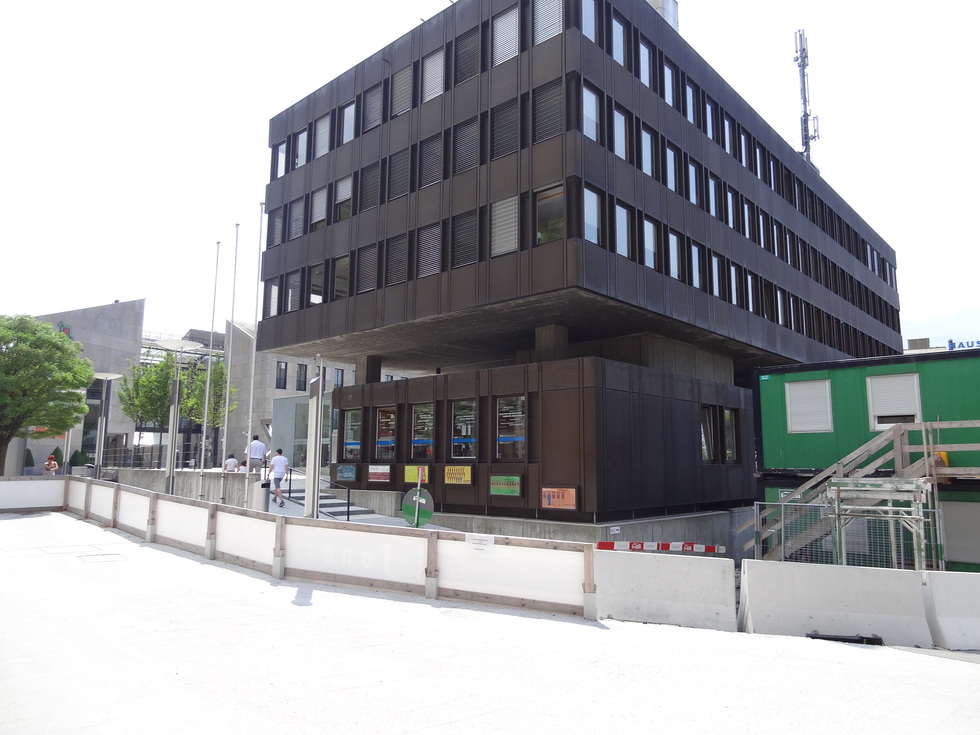 Claybourne Elder
1:08 pm:
So many banks! Then remember that Liechtenstein banking makes Swiss banking look like a cottage industry. This teeny country has has the second-highest GDP per person in the world, and it’s not because they’re exporting things. It’s because of their financial institutions. 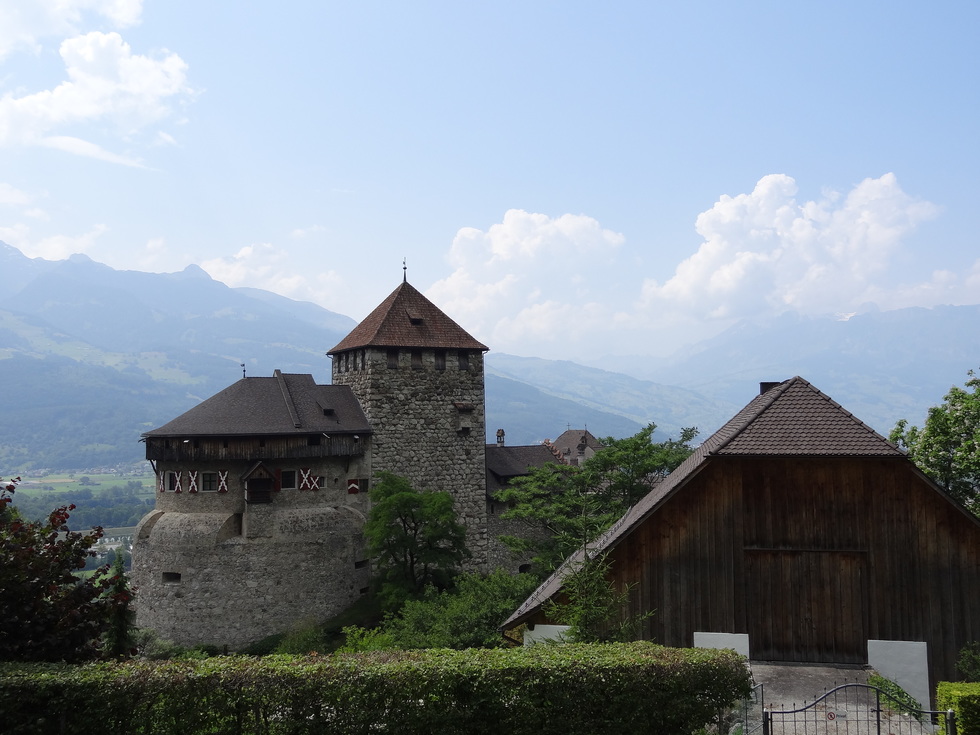 Claybourne Elder
1:15 pm:
Drive past the Prince’s castle and stop your car, thinking you may take a tour. Quickly realize you can’t take a tour because, you just learned, the Prince Hans-Adam II still lives there. Read your brochure and learn that the castle was built in the 12th Century and the Royal Family has lived there for a really long time, except for about 200 years when the castle was so dilapidated that it was uninhabitable. 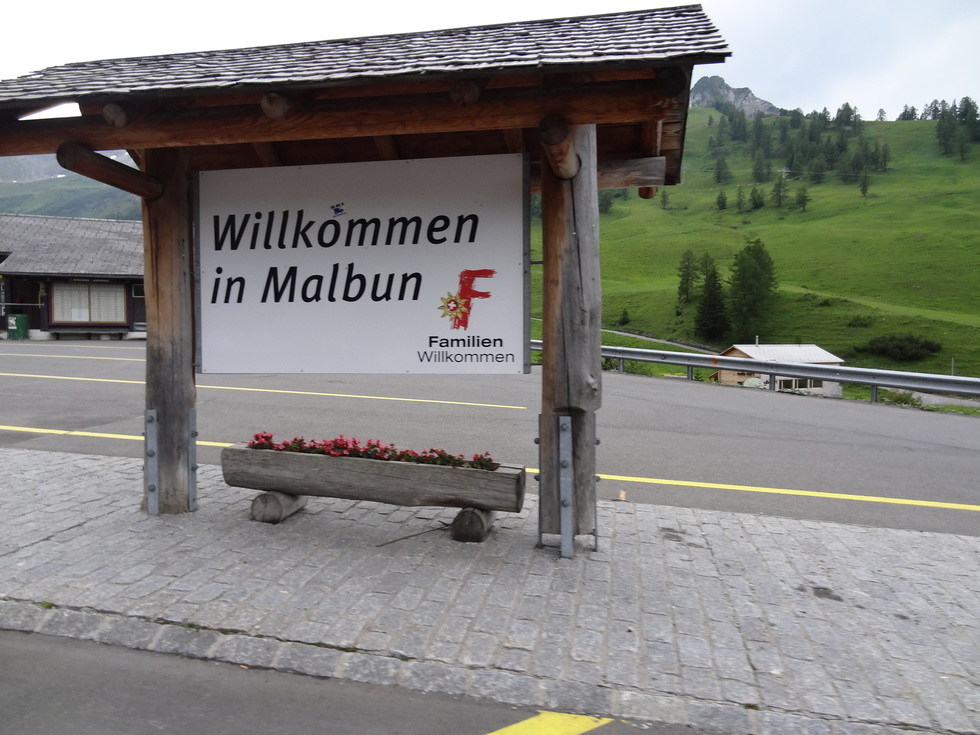 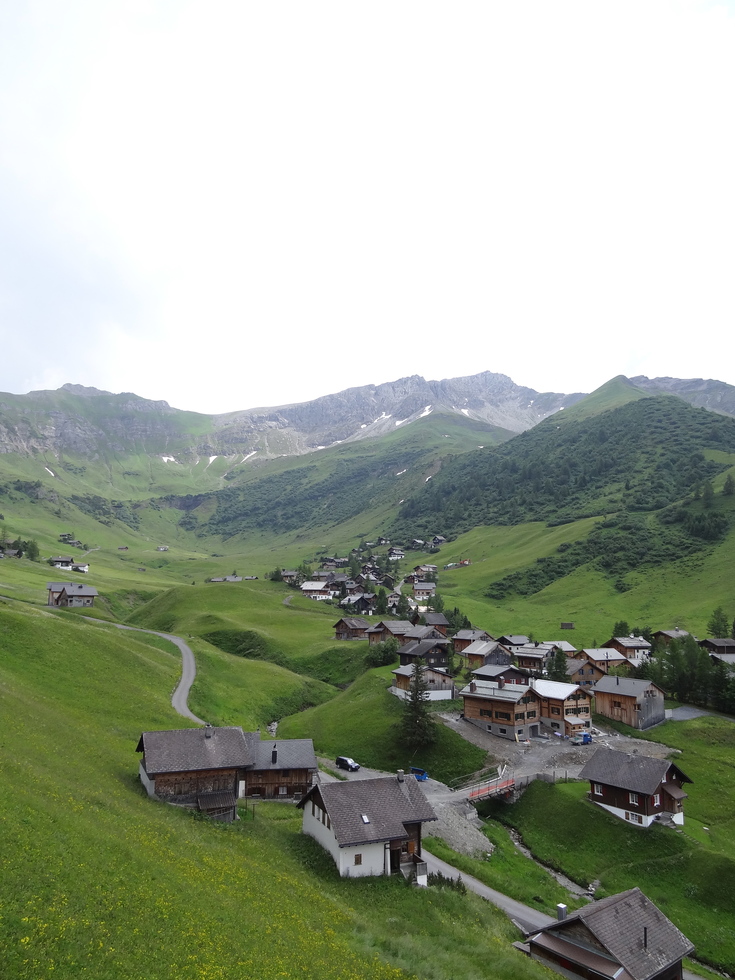 Claybourne Elder
2:10 pm:
Hop on the ski lift (€10 round trip) and watch the tiny town get even smaller as you ascend. See Austria in front of you and Switzerland behind you. 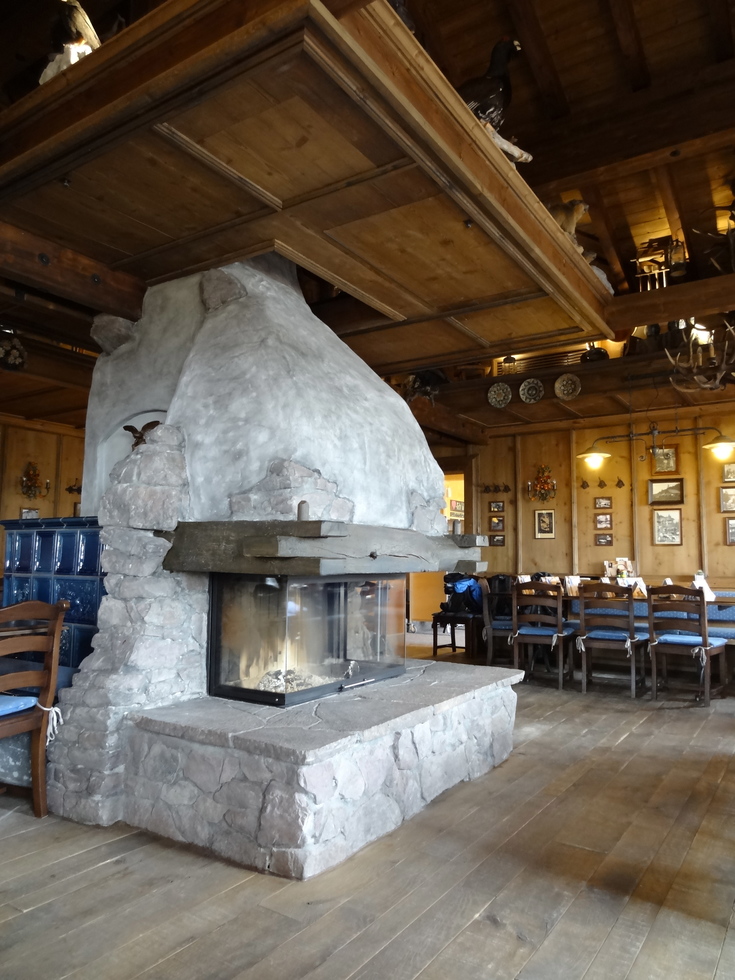 Claybourne Elder
2:30 pm:
Enter the Malbun Lodge and imagine that you’re kicking snow off your boots after rushing down the slopes. Try to imagine a more lodge-y lodge, complete with a large stone fireplace and aptly frozen animal taxidermies. You can’t.

Claybourne Elder
3:00 pm:
Follow the advice of the old men sitting at the next table, the only other people you’ve seen, and order a few crisp local Brauhaus beers. 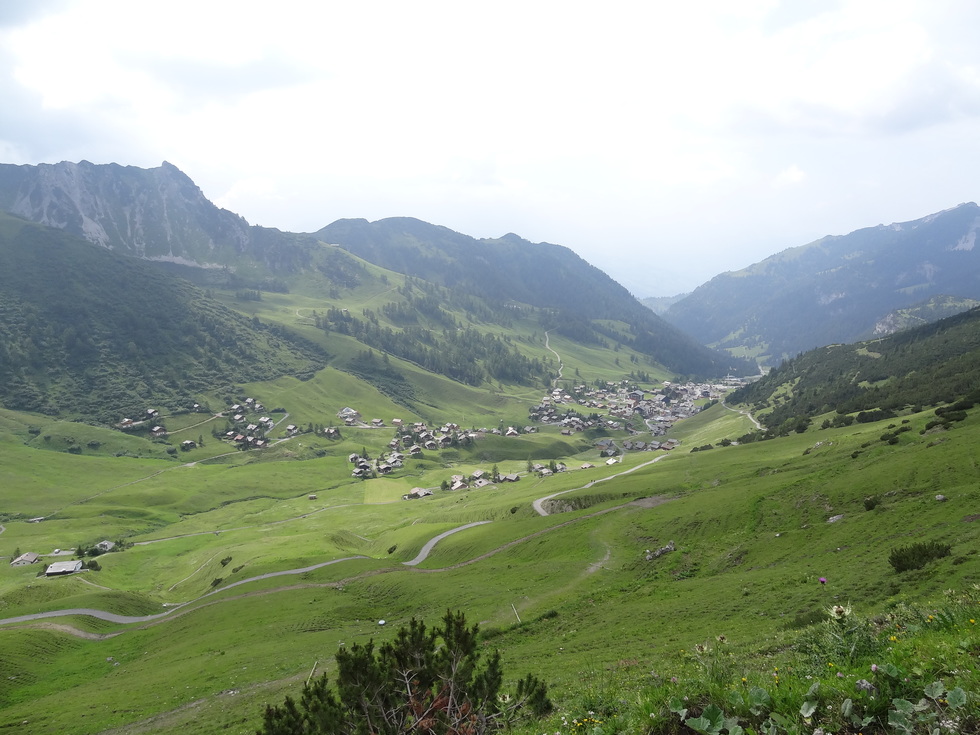 Claybourne Elder
3:40 pm:
Hike down the mountain along the path. Try not to loudly imitate a certain throat lozenge ad campaign. 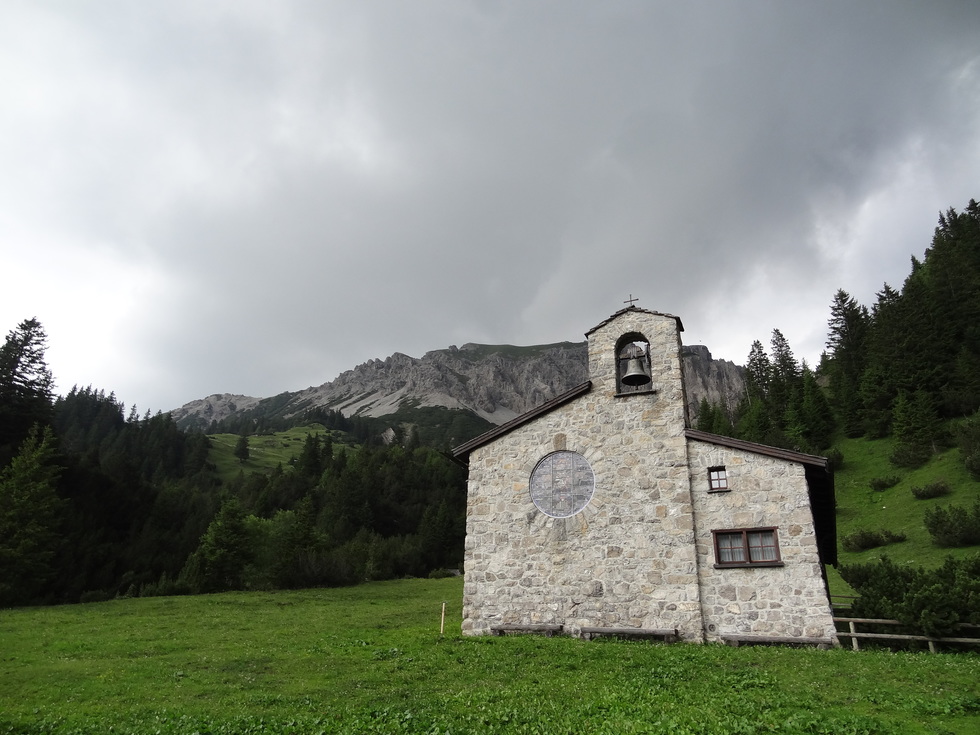 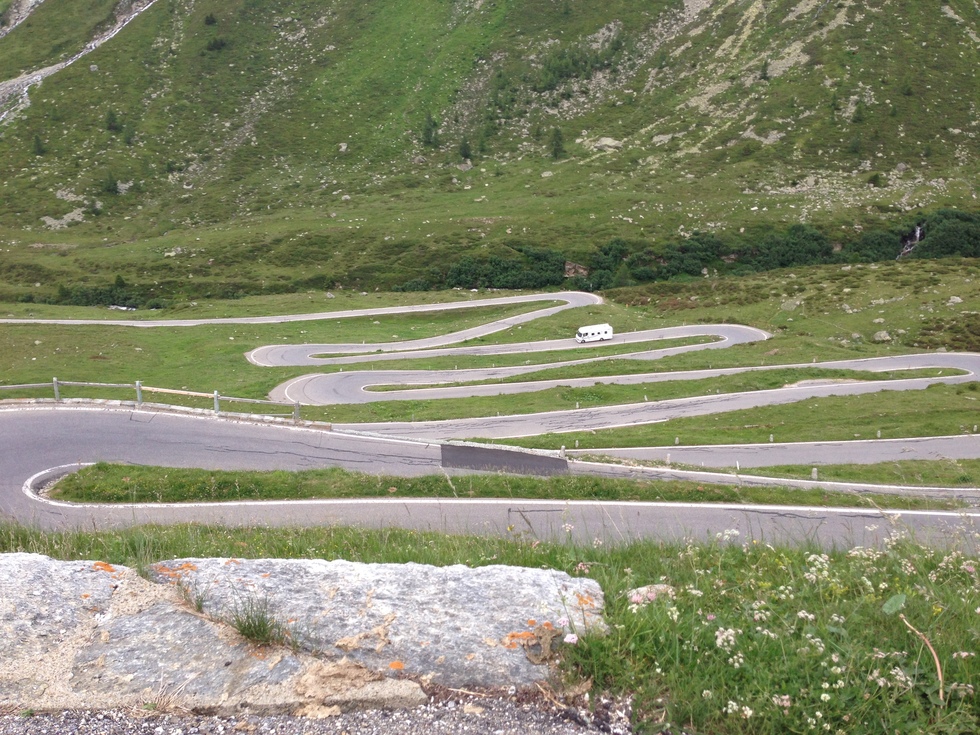 Claybourne Elder
5:00 pm:
Turn your tiny car around and get on the tiny pass heading into Switzerland and try not to think about how tiny the road is. Trust us: Like everything here, it’s tiny. Adorably tiny.
Local Experiences
Outdoor & Adventure