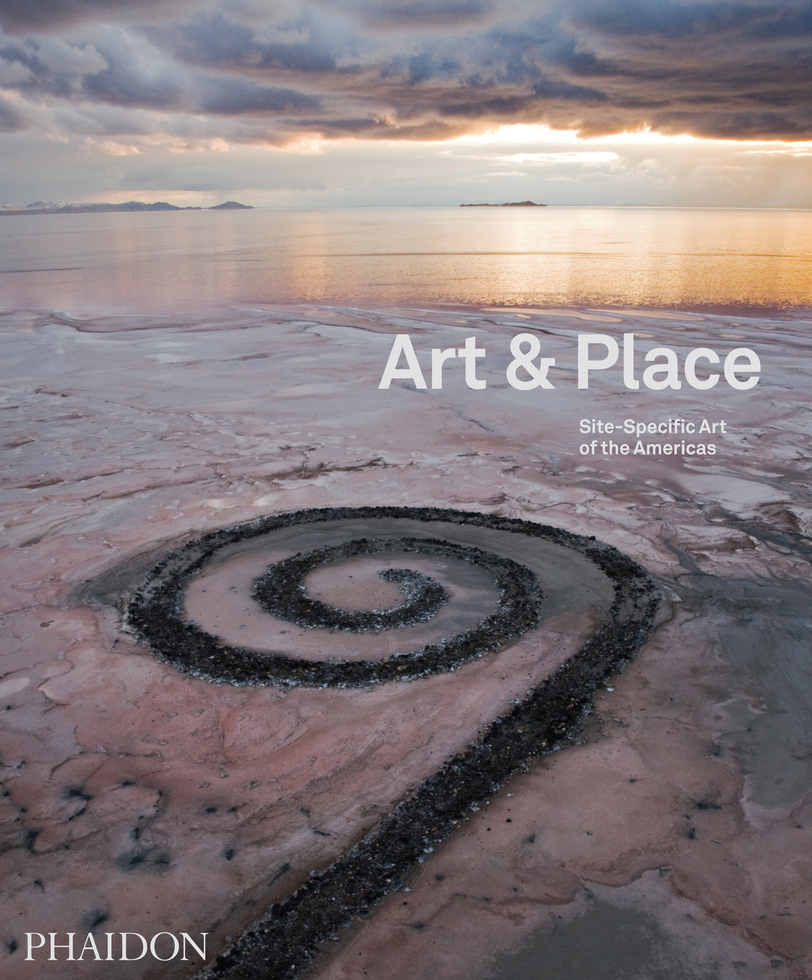 By
By Amanda Renshaw
Two years after Phaidon published The Art Museum, a highlight reel of the world's best masterpieces in a single tome, it published a second coffee table volume destined to inspire countless more pilgrimages to the world's most astonishing works. Art & Place: Site-Specific Art of the Americas unfolds like a dream book containing 800 large-format images of the most magnificent works you have to travel to truly appreciate. "I've had the chance to visit many sites, but quickly realized that it is, unfortunately, impossible to visit them all in a single lifetime," said the book's editor, Amanda Renshaw. We asked her to highlight ten of her favorites—the book features 160 more. 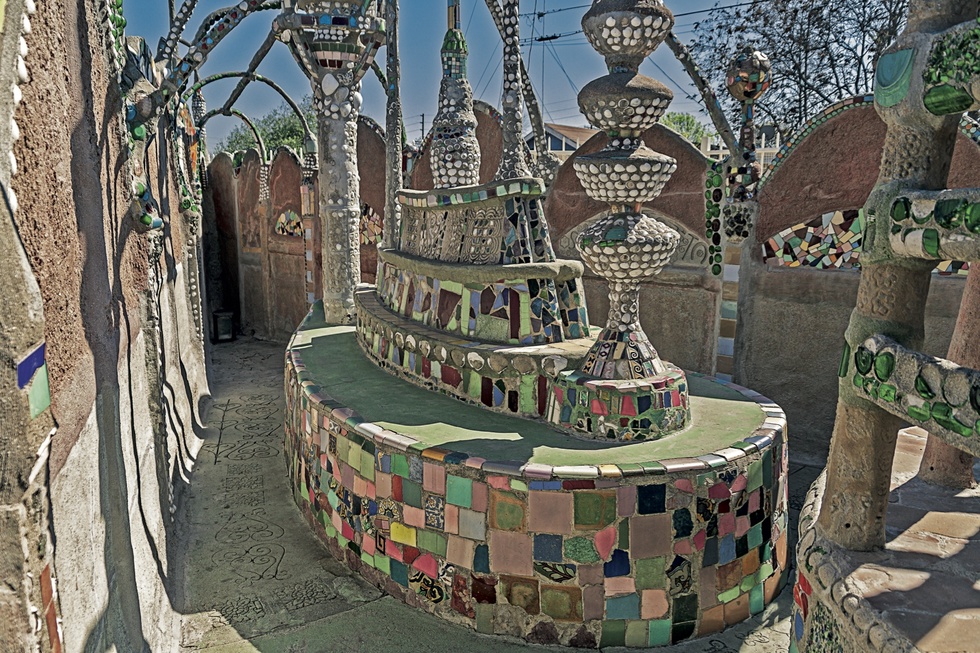 Ron Resnick
Watts Towers, Los Angeles
Simon Rodia’s magnificent ‘folk art’ structures continue to fascinate architects to this day. Made from steel pipe, wire, mortar and concrete, and decorated with pottery, glass and shells, their location in an area of L.A. known for its poverty and violence previously endangered their survival; but now, recognized for their artistic significance and protected as a National Historic Landmark, these surreal and visionary forms are on show, inextricably bound to the location which rejected and then welcomed them. 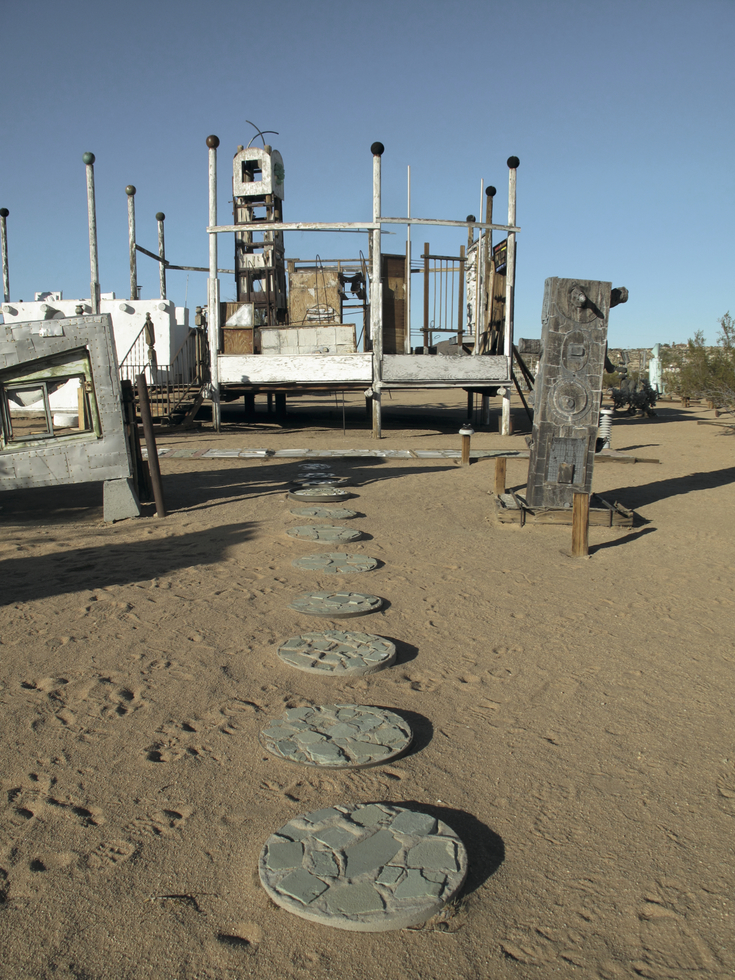 Susan Haller
Joshua Tree Outdoor Museum, California
A triumph in its inventive conjunction of everyday objects carefully related to an inspiring, if bleak, landscape, Purifoy’s deeply personal sculptures explore human experience, and the communicative power of art. Linked together by the artist, the desert terrain’s interaction with the sculptures becomes a persuasive testimony to the possibilities of self-expression. 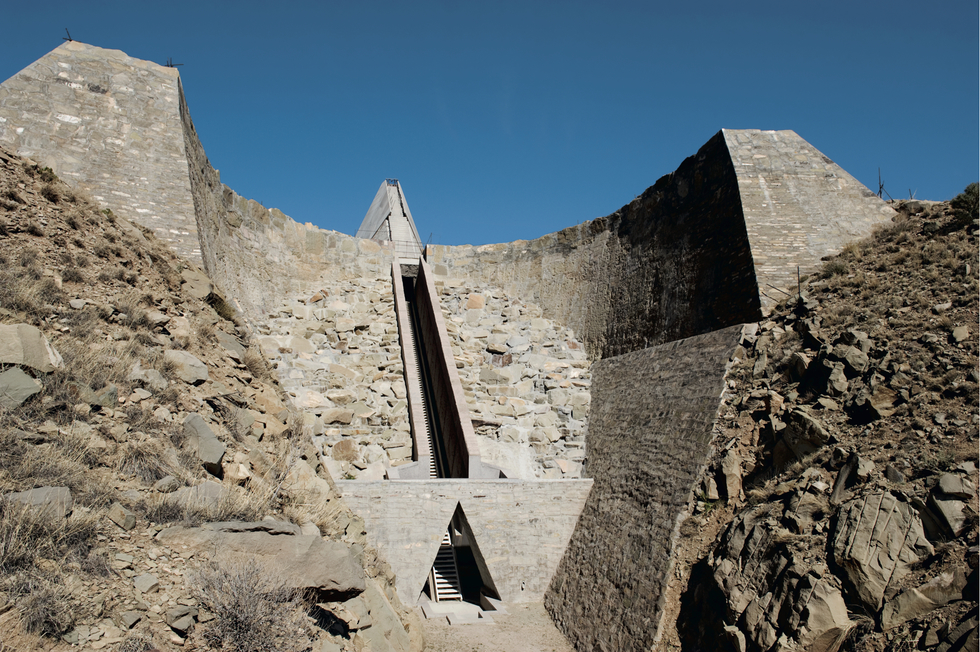 Charles Ross
Chupinas Mesa, San Miguel County, New Mexico
Extraordinary both for its sheer size, and the total originality of its conception, Star Axis was designed as a naked-eye observatory whose form was based on the alignments of particular stellar objects, and their relationship to the human body. A work in progress for almost forty years, it is a poetic re-imagining of calendrical monuments such as Stonehenge. 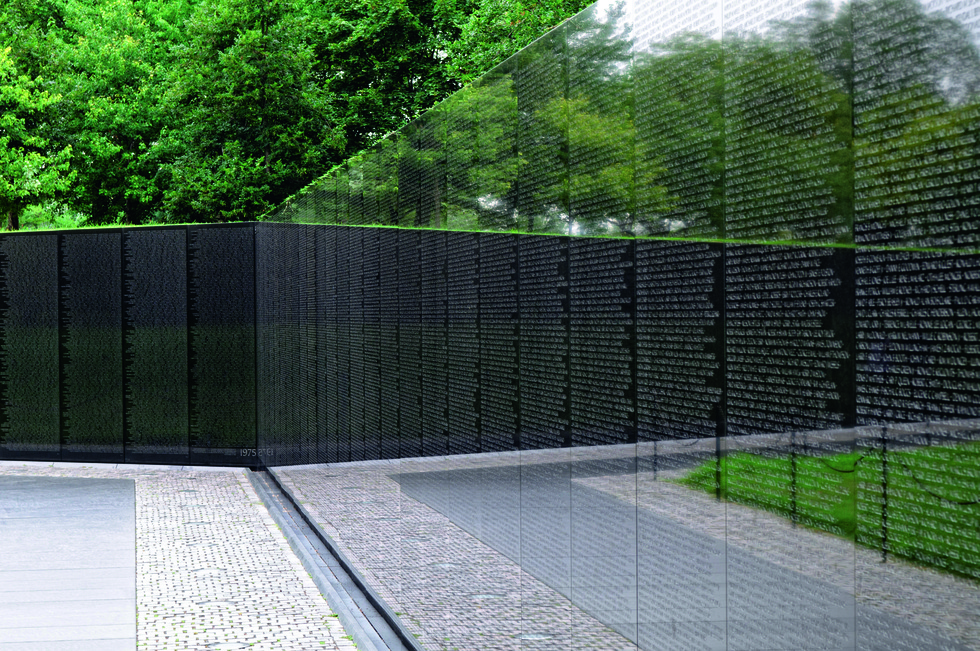 Maya Lin/Photo National Parks Service
Vietnam Veterans Memorial, Washington, D.C.
Maya Lin’s revolutionary approach to war memorials, and the remembrance of the dead, rejects traditional paeans to war itself, and instead focuses solely on the people involved. The intimate, contemplative memorial uses a long, wedge-shaped series of basalt panels to list the names of the 58,000 killed in the Vietnam conflict. Establishing a healing circular motion, the names and dates loop back to end where they began; books on lecterns nearby alphabetically list the names of the dead, allow visitors to locate the panel and line of a name on the Memorial Wall. 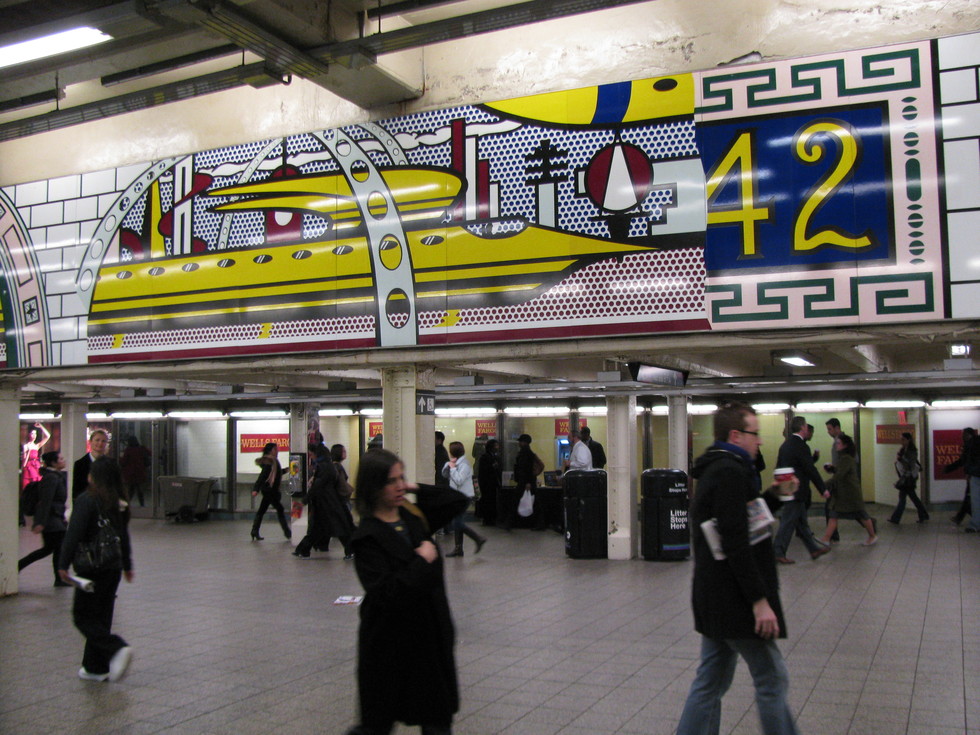 EdenPictures/Flickr
Times Square Subway
An explosion of color, verve, and creativity in one of New York’s busiest subway stations, Roy Lichtenstein’s retro-futuristic imagery stretches along the long, high mezzanine wall overhead. Echoing the huge, brightly lit signs of Times Square, the mural is one of the most successful of the city’s many public art pieces installed in the subway system.
advertisement 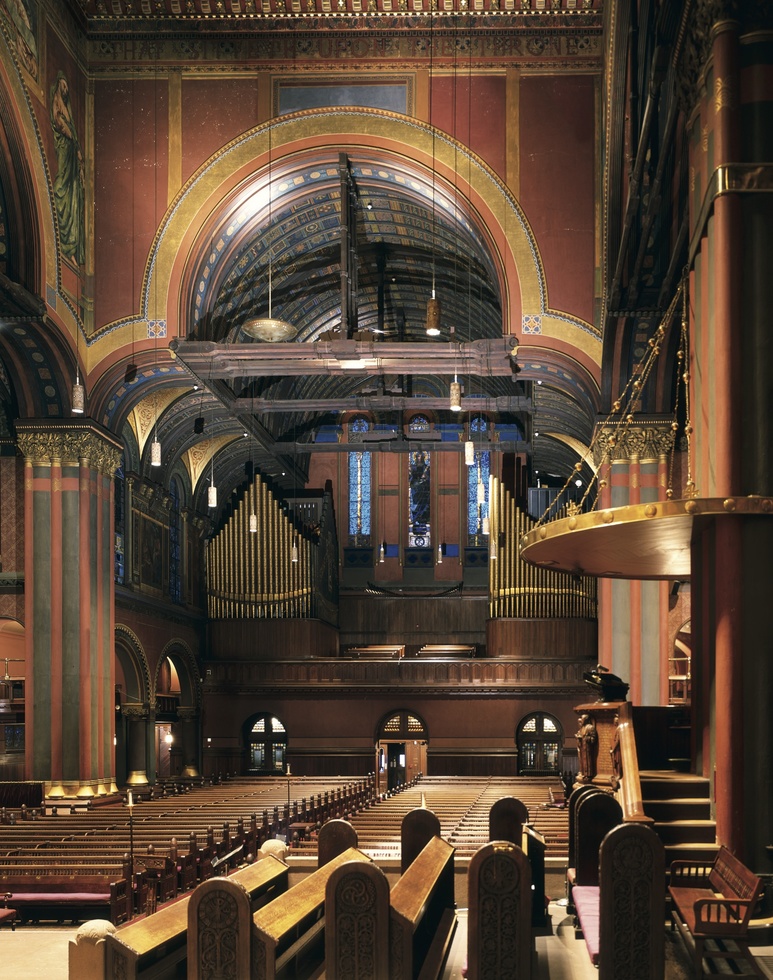 Peter Vanderwarker
Trinity Church, New York City
One of America’s most beautiful and unusually designed churches, Trinity Church was an immediate success. Establishing its architect’s professional reputation, it attracted further works from renowned artists, such as the glass designed by Edward Burne-Jones and produced by the Morris Company. The eclectic design, influenced by Arabic, Byzantine, and Early Christian art, make an impressive interior for the church. 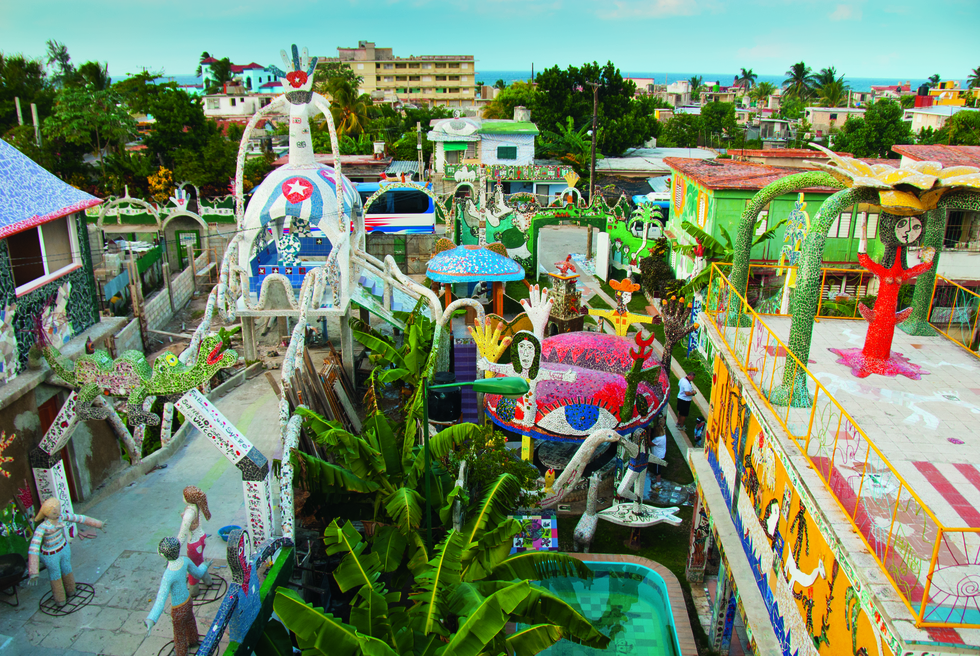 Ed Berlien
Fusterlandia, Havana, Cuba
Awash in bright colors and fantastical imagery, Fusterlandia has turned a dusty village into a fantasy world that refuses to be hemmed in by circumstances. Seeking a way to add visual intrigue and excitement to his environment, the artist set out to cover every surface of his home with elaborate decoration. The project actively engages with the landscape, and is an arresting testament to the power of imagination. 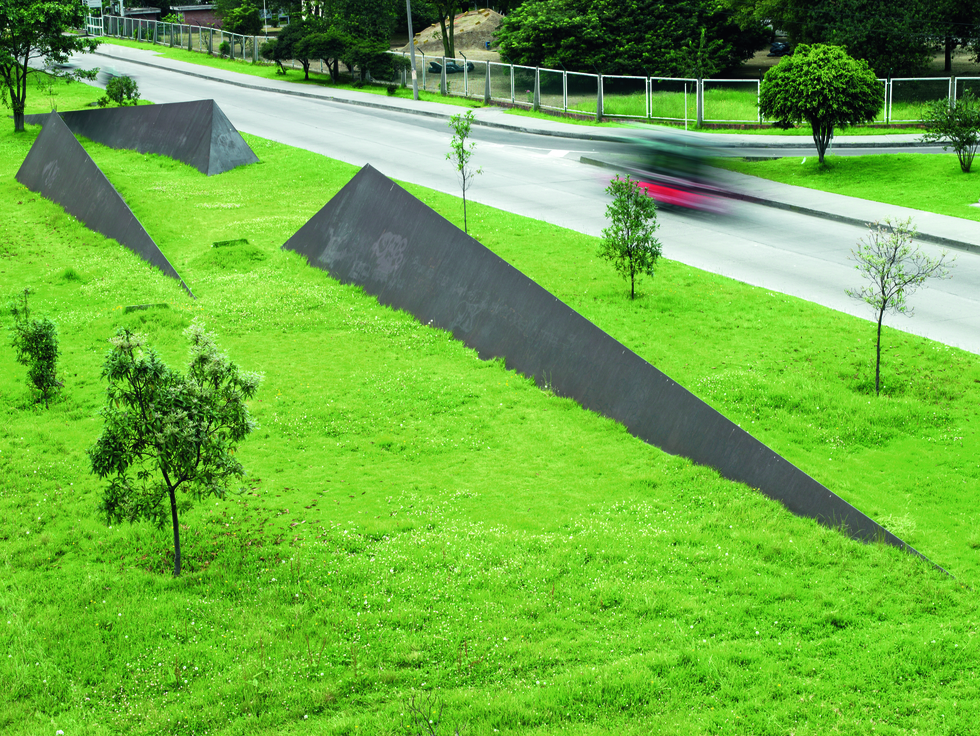 Óscar Monsalve
Avenida El Dorado, Bogota, Colombia
One of the world’s most unusual and visually engaging routes, thanks to its dramatic sculptural installations, the Avenida El Dorado, proposed as a museum by Colombia’s First Lady, is a road like no other. Sculptures from eight artists line the route from the Bogota’s historic centre to El Dorado International Airport, with Antonio Segui’s El Viajero (The Traveller) now an important landmark and symbol for travelers in Bogota. 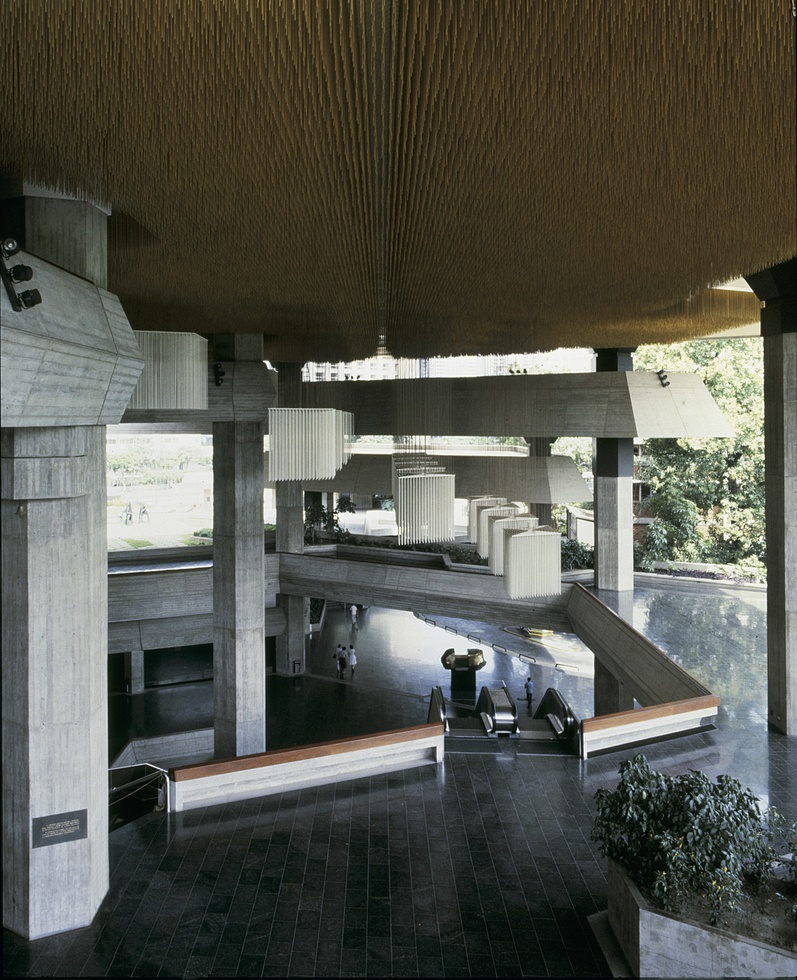 Atelier Soto
Complejo Cultural de Teresa Carreno, Caracas, Venezuela
Venezuela’s architectonical and cultural masterpiece, the Complejo Cultural Teresa Carreno, rendered in a Brutalist architectural style, recalls the forms of the surrounding mountains. The most wondrous experience occurs ascending or descending the foyer’s escalator; the installation of rods in the ceiling appear to dematerialize, imbuing the heavy architecture with a feeling of weightlessness. 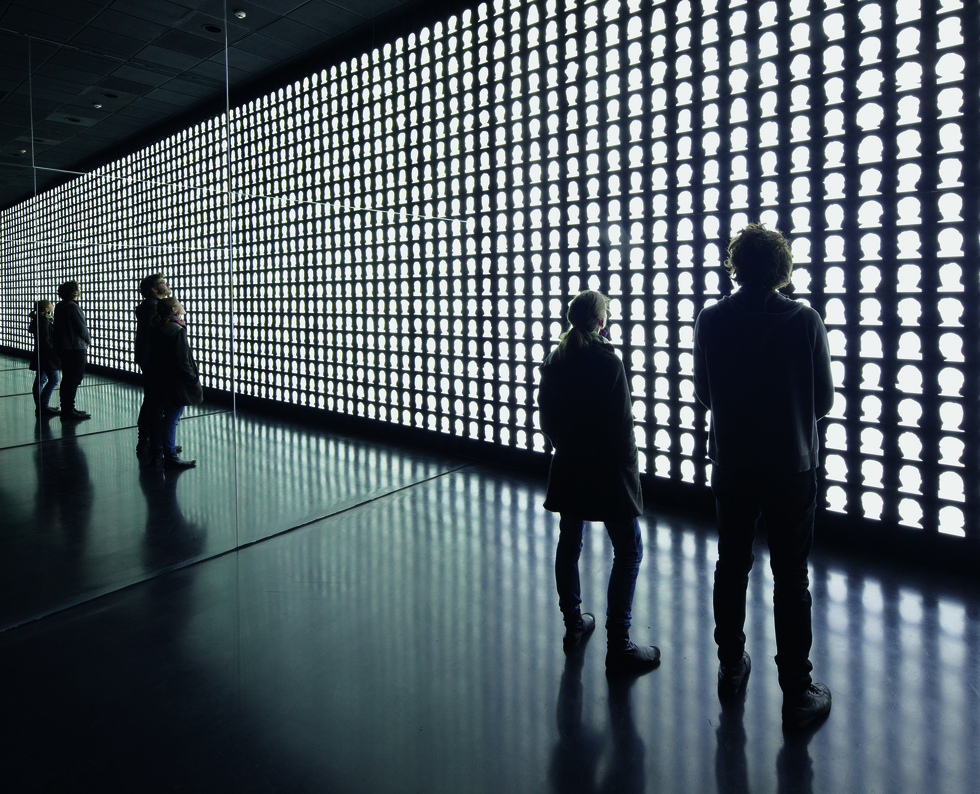 Alfredo Jaar, Cristobal Palma
Museo de la Memoria y los Derechos Humanos, Santiago, Chile
A permanent and significant act of remembrance and humanity, the Museum of Memory and Human Rights commemorates the victims of the brutal dictatorship of Augsto Pinochet. The building is a simple rectangular glass structure, resting on two fountains in the Plaza de la Memoria; a mural by Jorge Tacia and a light installation by Alfredo Jaar are the museum’s focal points. Jaar’s light installation is an examination of memory’s intangibility, and serves as a poignant reminder of the victims.