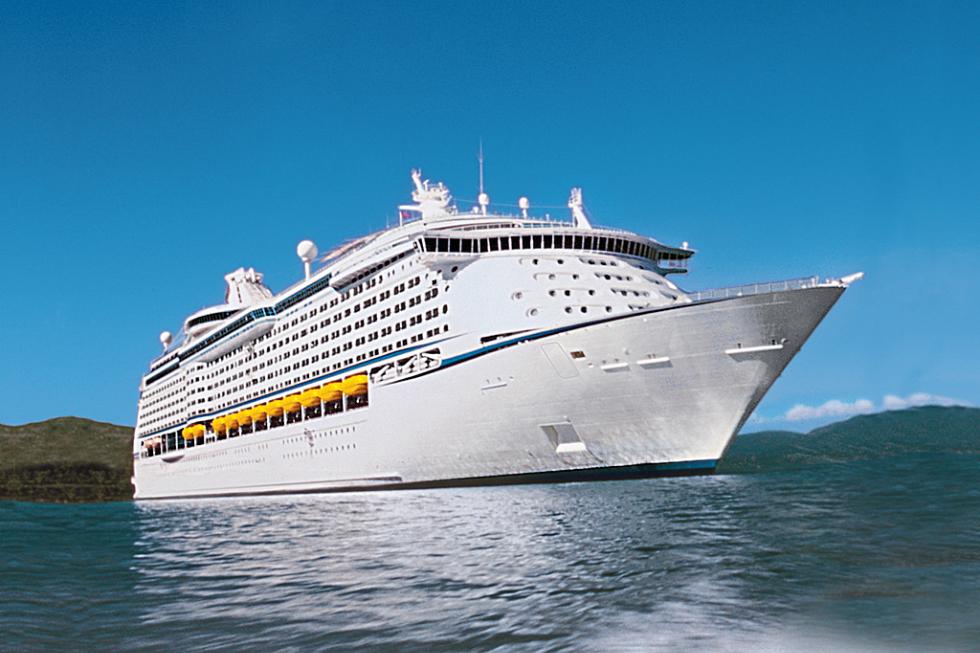 How to Avoid Getting Sick on a Cruise Ship

By Jason Cochran
First of all, the good news: Norovirus is very rarely deadly. It's more like a rotten hangover marked by a few days of nausea and, in some people, vomiting. The biggest risk, mostly to the eldery and infants, is dehydration. Norovirus can break out wherever people gather and mingle—schools, dorms, nursing homes—and ships with spotless cleanliness ratings can still fall victim to an outbreak.

It's also extremely common—only the cold is more prevalent. The Explorer of the Seas (above) set a record for the number of cases, but keep in mind that it's one of the larger ships afloat—when it was launched in 2000, it was in the largest class of cruise ship afloat—so there are more people cooped up and more to make queasy. 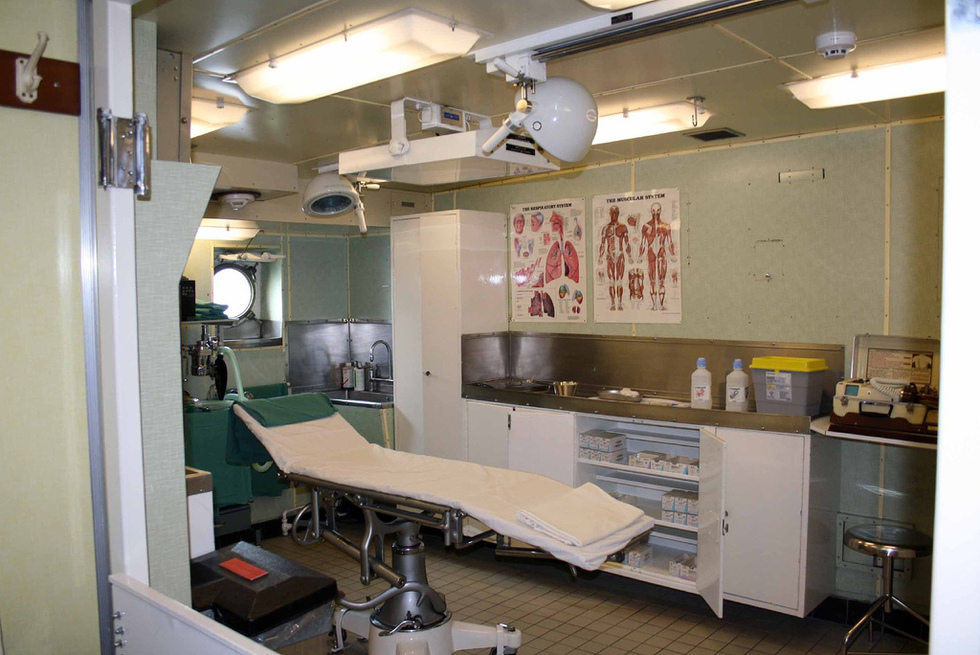 Ullisan/Flickr
You can't decrease your chances by choosing different ships.
Even spotless ships can carry norovirus. The Queen of England herself once contracted norovirus on her private royal yacht, Britannia (that's its infirmary, above).

In fact, the Centers for Disease Control in Atlanta says Americans get norovirus some 20 million times a year. The main reason we're always hearing about norovirus on cruise ships is safety standards require cruise lines to report every single case.

If you look at the CDC's list of confirmed outbreaks by ship name, you'll see very few vessels repeating on the roster, which would suggest norovirus is more connected to the people who happen to come aboard than the cleanliness of the ships. It doesn't really matter which of the major names you choose; all of them adhere to rigorous, carefully scrutinized safety standards. They have to, partly because most of them are publicly traded and it costs them a fortune when there's an outbreak. 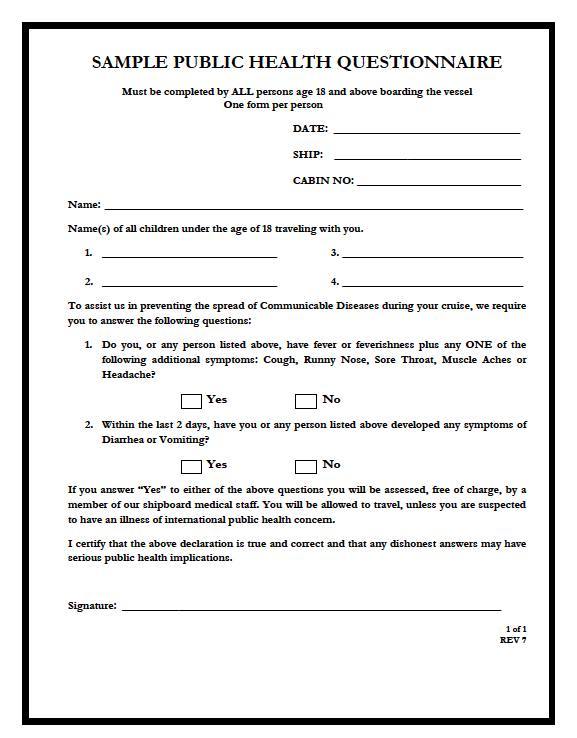 The Centers for Disease Control
Tell the truth.
Before boarding, you will be asked a series of simple questions about symptoms you probably aren't feeling. But if you are feeling them, be honest—if you're not carrying norovirus, then no harm done, but if you do board a ship carrying sickness, you could start making other people ill within 24 to 48 hours. Bad karma!

There is a window of about two days betwen infection and symptoms, but to tell the truth, if everyone told the truth, we'd knock out a significant segment of infectiousness. 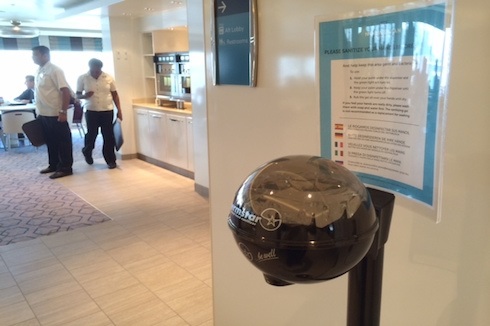 Jason Cochran
Clean your hands before meals.
You'll see devices like this (this one's at the Garden Cafe on the Norwegian Getaway) standing in your path as you enter the buffet and everywhere else food is self-service. Stick your hands under it and coat them with the rinse inside. It's alcohol-based, not anti-bacterial, so it'll dry quickly and it won't cause germs to grow resistant.

Most lines post a crew member by the every door of the buffet who will cheerfully ensure your hands are cleaned—often, they'll spray them for you—and if an outbreak happens, the ship will probably halt self-service to keep transmission at bay, providing a second, unexpected way to lose weight quickly. 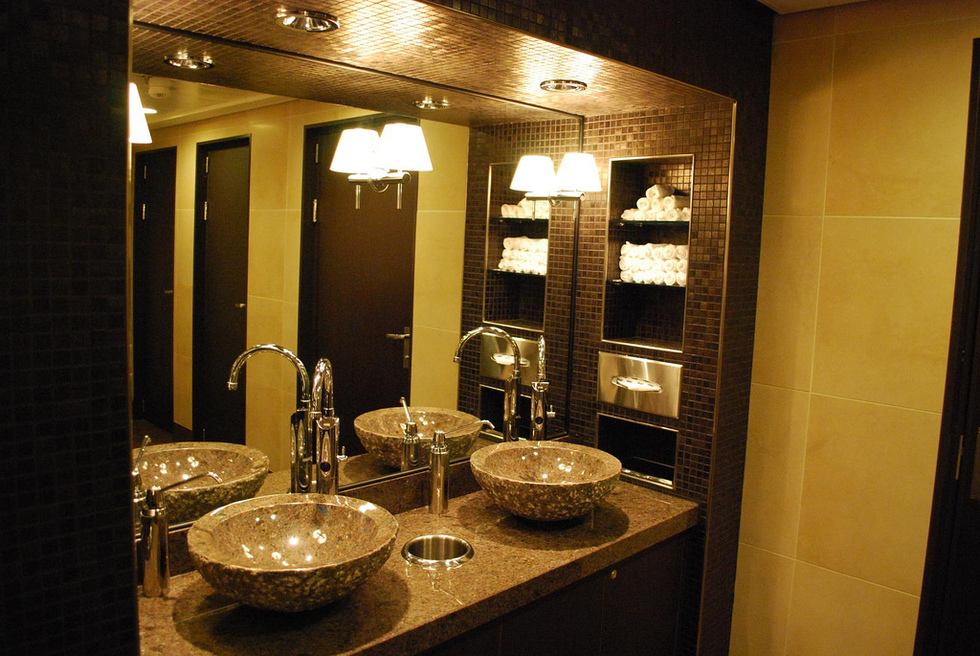 Josh Friedman Luxury Travel/Flickr
Keep your hands clean all day.
Don't just wash your hands at the buffet—wash them in your stateroom every time you pass the bathroom. Scrub them in the public washrooms if you haven't done so for a while. And when you leave the public washroom (this one's on Oceania's Oceania-Marina), open the door handle using a paper towel, and then toss that paper towel in the trash as you go. Many lines now have waste bins next to the door for exactly that purpose—so you won't have to touch anything that's potentially dirty.

Jason Cochran
Use your knuckles to press buttons.
How do you catch most common viruses? By touching dirty fingers to your nose and mouth. Don't suck your fingers, don't bite your nails, don't pick your nose. (As if you would anyway, right?) Cruise ship guests are confronted with buttons to press all day long—in the elevators, on touch screens, at the beverage dispensers (like these, on the Norwegian Getaway). There are limitless opportunities to smear your fingers where hundreds of other people have, too.

So don't use the tips of your fingers, which are more likely to be absentmindedly inserted into an orifice that will speedily transmit invaders to your system. Use your knuckles, which rarely come into contact with your moist membranes. (For that matter, try not to grasp handlrails, either, but if you have to, wash your hands soon after.)

Actually, that's a good health tip for life in general: Make it difficult for your fingertips to bring diseases into your system by keeping them out of contact with public surfaces. 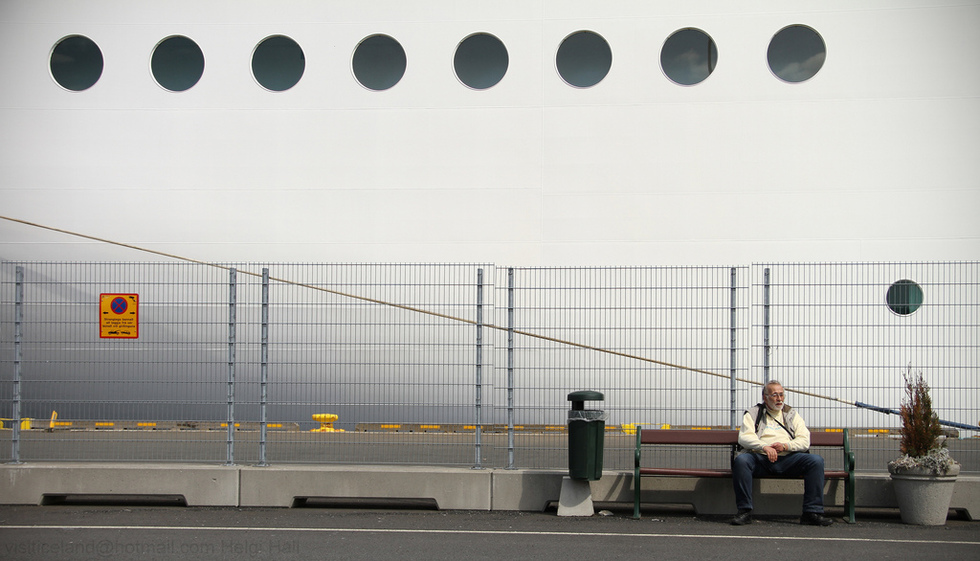 Helgi Halldórsson/Freddi
Don't cancel.
There is no such thing as an "I'm afraid to get sick" loophole in travel insurance. You can't cancel just because you're afraid. You can't even cancel if you have a reservation on a ship that had an outbreak last week. Every cruise line has its own rules for cancellations, so read your ticket documents carefully, but in general, the only way you can get a refund of any kind is if you're on a ship that is struck by a virus. The only way travel insurance can protect you is if you're caught up in a shipboard outbreak and file for medical expenses reimbursement. If your cruise line cancels your sailing (which they aren't likely to do, since they can swab and sterilize a ship to the CDC's satisfaction within 48 hours), you will more than likely be compensated by it—the lines usually go out of their way to make things right for everyone.

So just go! Wash your hands. You'll be fine. And if you're one of the unlucky few, norovirus a part of life—one that you happen to hear about in connection to cruise ships because cruise ships are required to be public about it. The only way to avoid norovirus with 100% certainty is to seal yourself from all human contact, and that's not what travel is about.
Beach & Water Sports
Cruise
Cruises
Health, Insurance, Security
Packing & Luggage